Today was the Bells on Bloor ride. The ride en masse began at High Park and headed east along Bloor to Queen’s Park where it was met up with two other rides: Bells on Danforth and Bells on Yonge.

The ride was greeted by hundreds smiling faces and the occasional car horn in support. Naturally there were those who voiced to their displeasure, mainly at the inconvenience of tyring to cross the street. I even heard a chirp from a corner that “cyclists want everything!” But these jeers were far in between the overwhelming positive reception along the Bloor line. 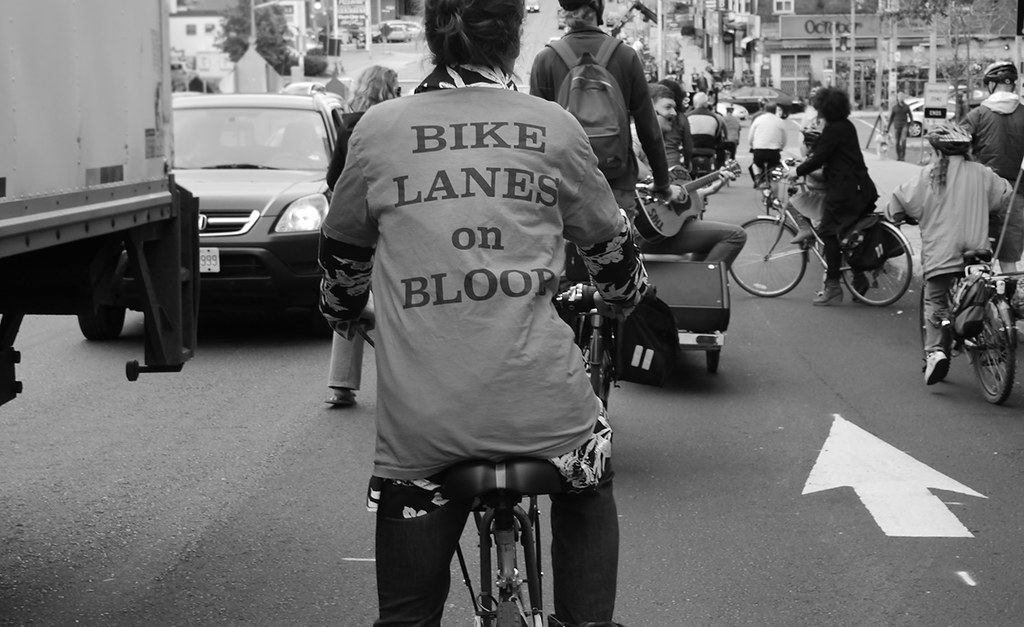 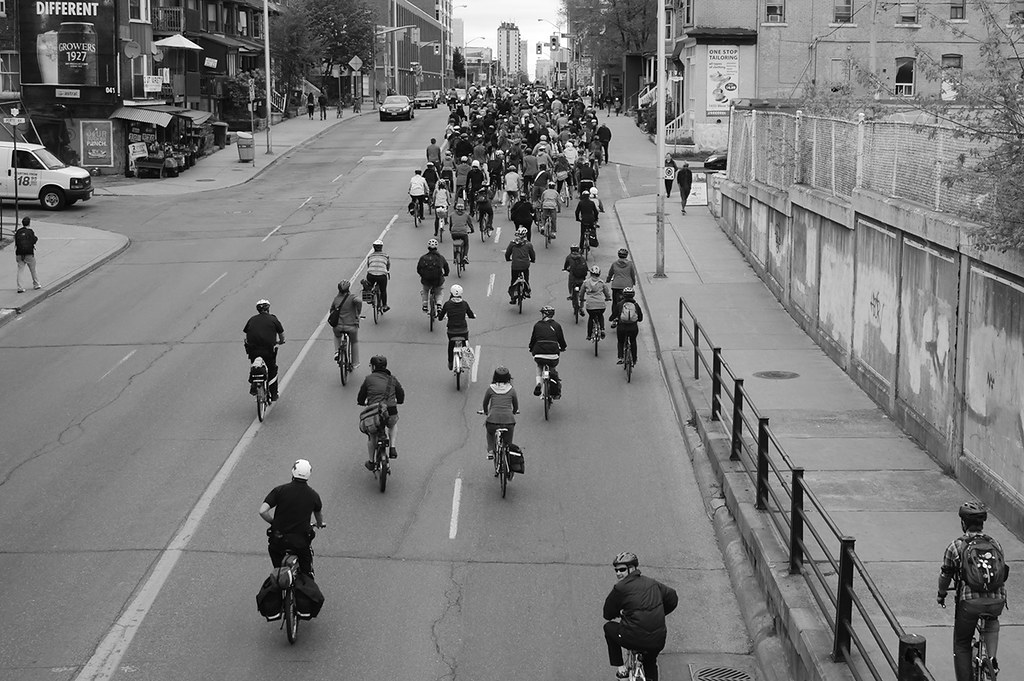 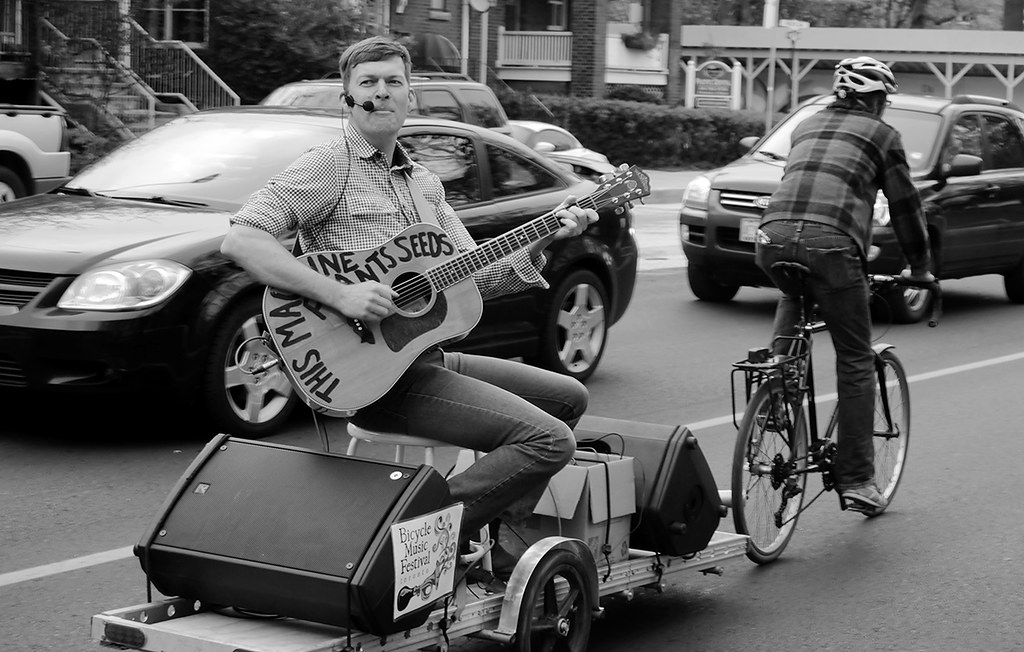 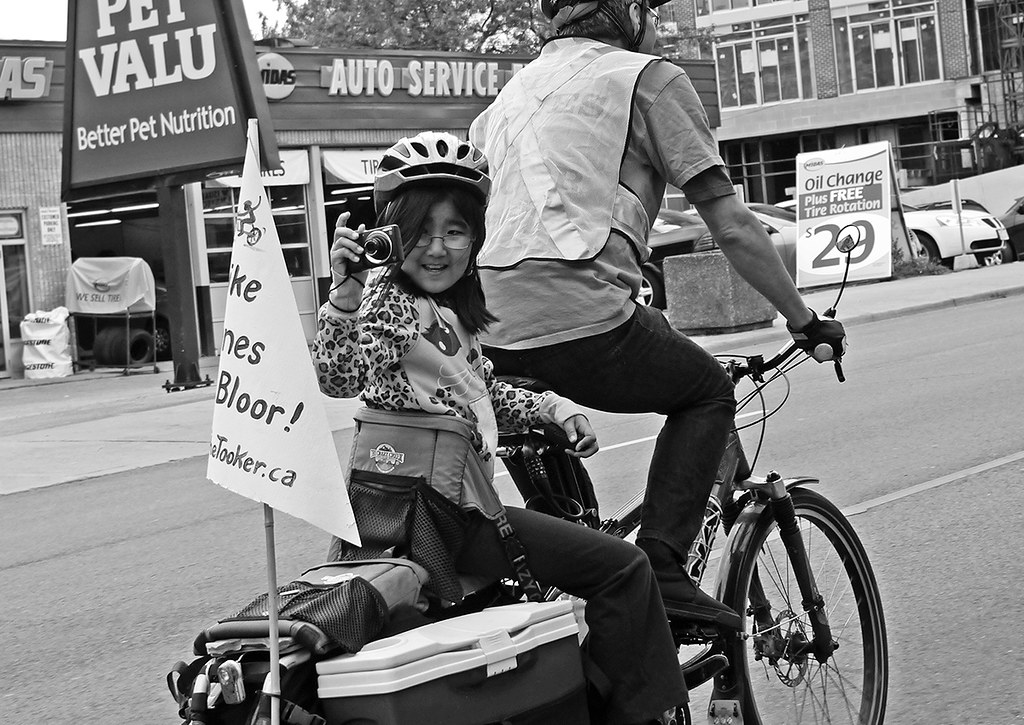 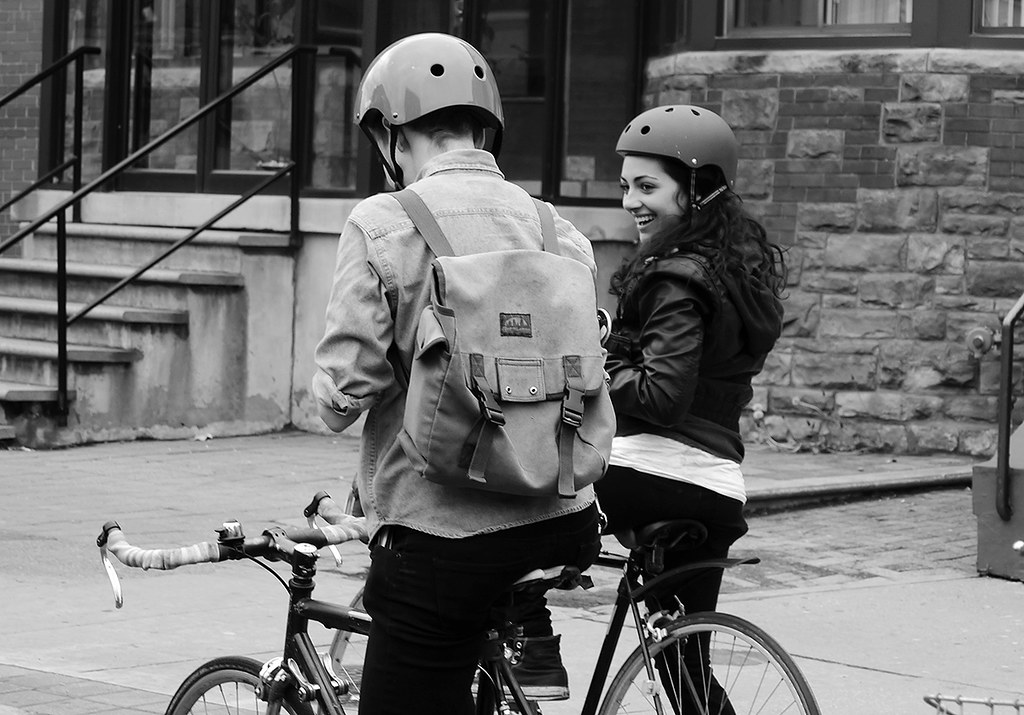