If you find yourself in a strange and unfamiliar place, sometimes you just need to roll with it.  Such was the case while standing in the sweltering heat on my second day in Thailand.  I was preparing to bike Bangkok.

I had just finished making a final adjustment on my GoPro before setting off on a private bike tour with Grasshopper Bike & Dine Adventures.  I didn’t have any expectations beyond knowing that I would simply see more of the city than I can ever do so by foot. 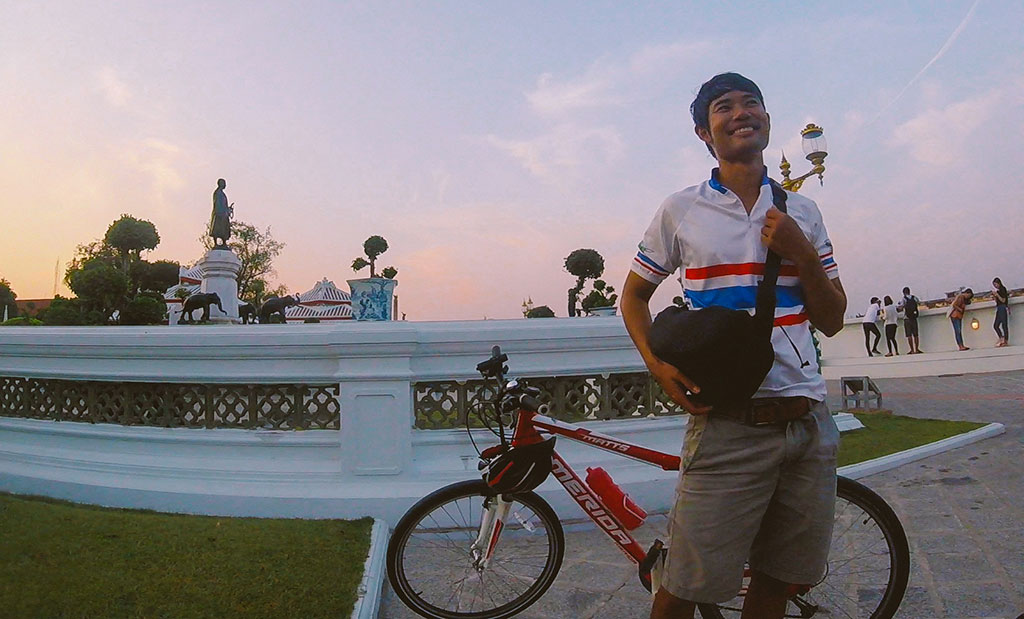 Our tour guide was Andy, mild-mannered and super nice, he outlined our itinerary on a large map that hung on the shop wall.  Any notable landmarks were quickly lost in memory, except for one thing that Andy said that stuck in my head.  A segment of our ride won’t be found on any map.  But this is a city, surely he jests?

We rode a short distance on our mountain bikes and waited to cross a major artery before getting into the thick of things.  A swarm of scooters whizzed by, followed by cars and a pack of taxi auto rickshaws known as the tuk tuk. It would seem like the bicycle was just an afterthought in Bangkok.

In short order we veered into a back alley. The walls started to shrink in around us as we were led along a narrow path.  This was clearly an uncharted part of town, at least for this visiting gringo. Each turn revealed something new and built upon my perception I was plunked inside a video game.  If avoiding dogs, cats, cow piles and household obstacles was the goal, I was wracking up the score!

We crossed the Phraya River by ferry and made our first stop at the temple of Wat Kalayanamit which houses Bangkok’s largest Buddhist image.  Next was the Kudijeen district, influenced by Portugese settlers over 500 years ago. A short break involved sampling some Portuguese desserts and ice tea.  Stradling our bikes again, we cycled to a quint community featuring the oldest mosque in Bangkok built in a style of a Thai temple.  The next destination was Wat Hong Rattanaram, the shrine devoted to the first king of Bangkok, and the site of the first Thai community in the city.

Our next stop was the highlight of the tour.  Along the banks of the Chao Phraya River and the historic Bangkok Yai Canal, we would sit down to a home cooked meal by a local family.  It was a humbling experience to be served traditional Thai dishes in someone’s home.  If the tour had ended now, I would have declared it as the best bike tour I’ve been on.

The sun had set and the night was upon us.  It was time to cross back over the Chao Phraya river and head into the old district. We would get off our bikes and walk through the flower market that never sleeps, and by all comparisons it would dwarf the flower market in Amsterdam. This was followed by a visit to Wat Pho, the home of the reclining Buddha.  While we couldn’t go inside the temple itself, it was worthwhile to privately stroll the area at night, away from the throngs of tourists and selfie sticks.

Our 5 hour trek was nearly over, but there was one last ride that would involve making a final escape through a distribution centre before heading back to the shop.  If urban cycling is about immersing yourself in the energy of the city, there is little doubt this bike tour hits the mark. 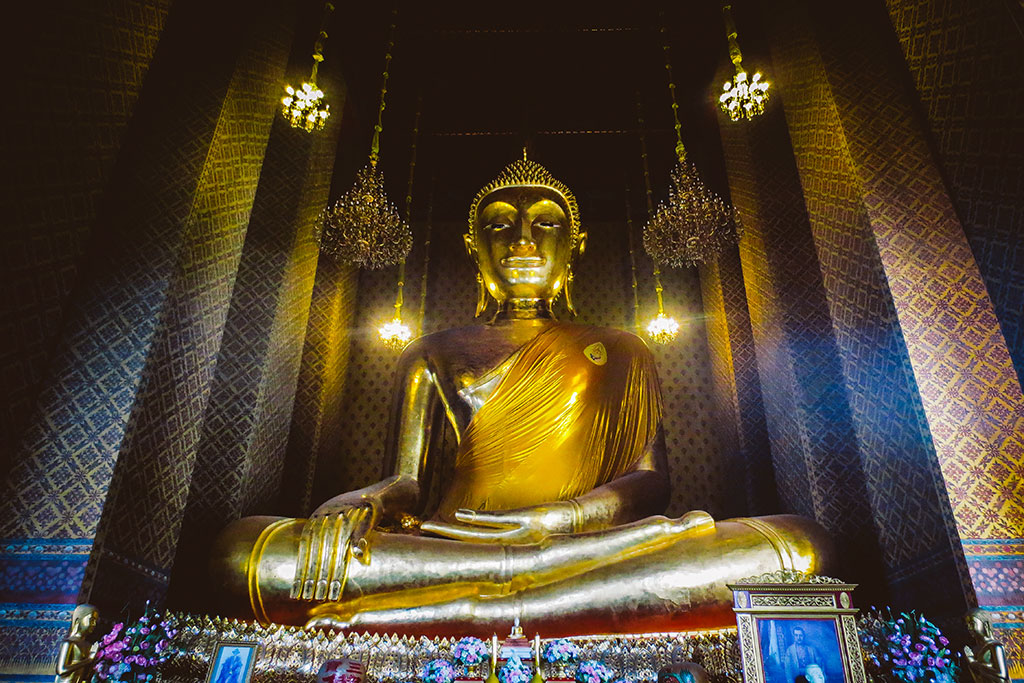 The Buddha of Wat Kalayanamit 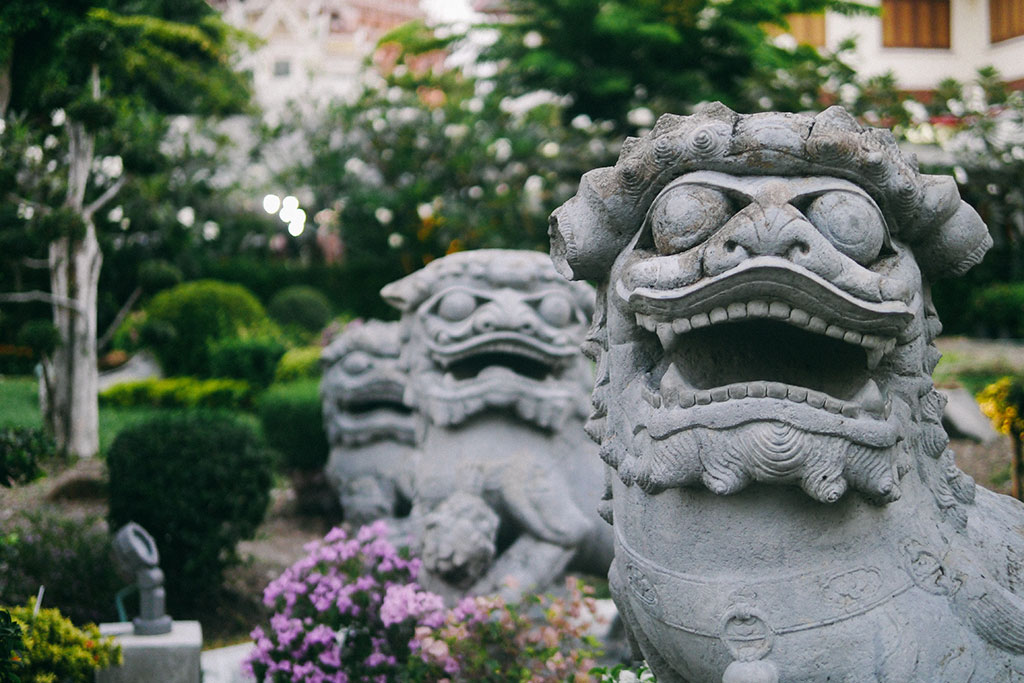 The garden at Wat Hong Rattanaram

Stoked from the ride, I simply had to do it again.  The next day I grabbed a rental bike from the hotel and a bottle of water.  Bangkok was about to serve as a conduit for my favourite hobby, getting lost.

While it felt like I was on my home turf with my foot on a pedal, I couldn’t help but notice that I was the oddball. This is a city where scooters rule the streets among an never-ending stream of cars that can choke traffic to a standstill.  There are hints in the city planning to capitalize on the bicycle with sporadic pristine bike lanes, though at times it felt like I was the only one using them. 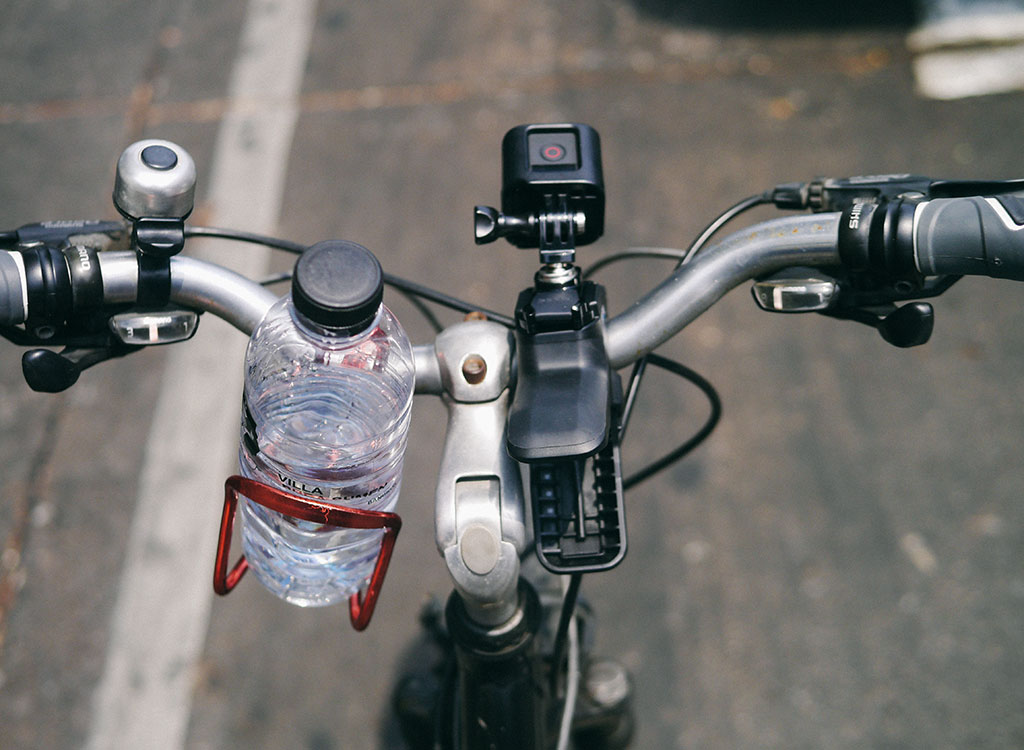 But there was still an abundance of bicycles cruising around town, though this impression could be lost when in contrast to the magnitude of the city.  There was the occasional cyclist riding for sport, bicyclists who used their bike for work and even people like myself just putzing around.  After 3 hours or riding around in the heat, I wanted a cold shower and called it a day.

If one can deal with sweating profusely while inhaling exhaust fumes, then the bicycle will have continue to have a role in this sprawling urban behemoth.  When I consider the relentless work ethic and tolerance of Thais, I doubt there would be little fuss. But as a visitor to the city, I would set aside any gripes.  For a truly authentic experience, bike Bangkok. 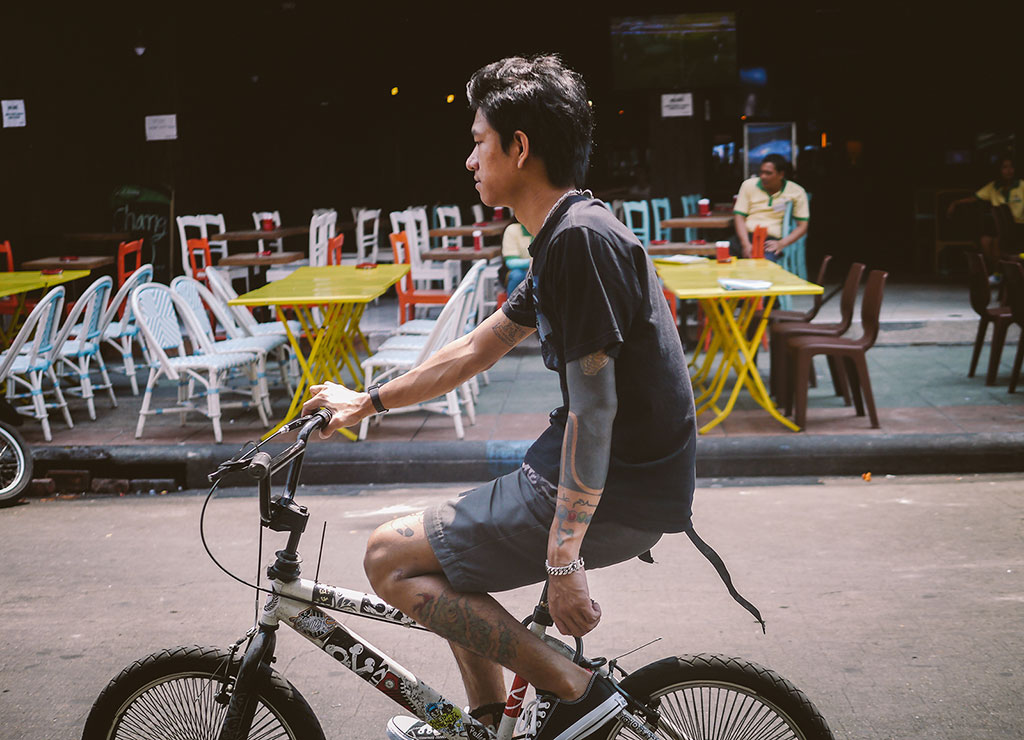 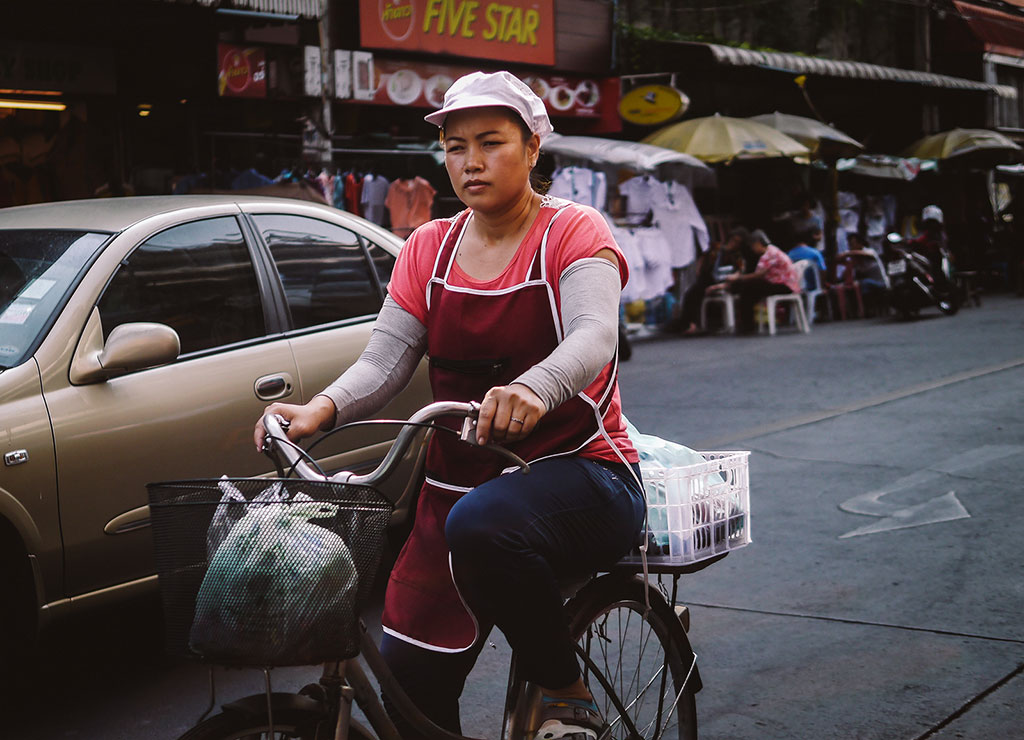 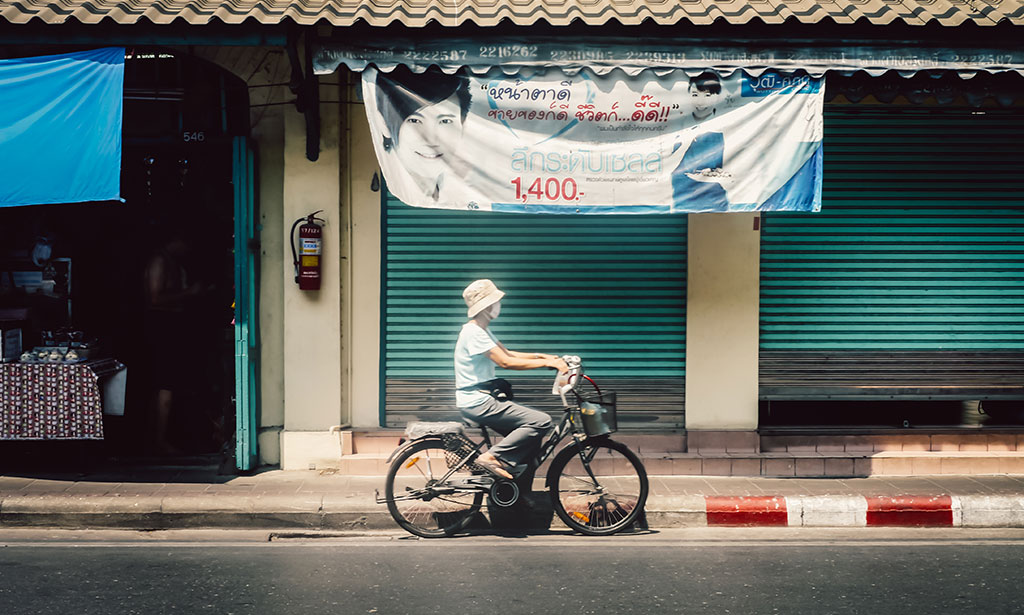 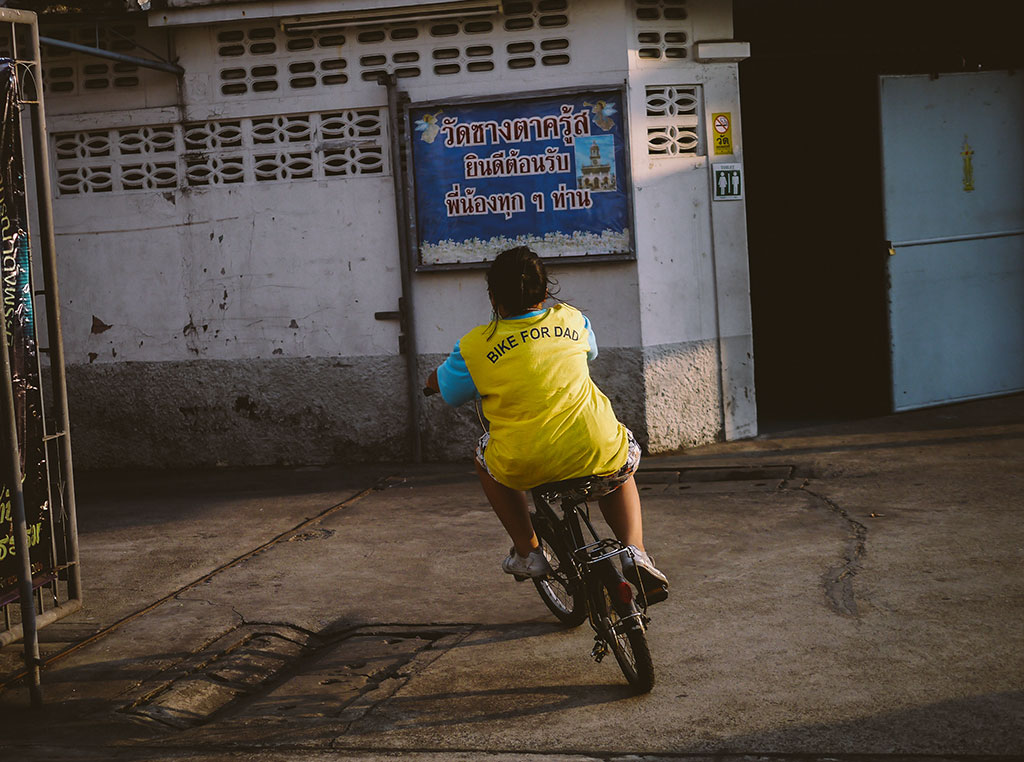 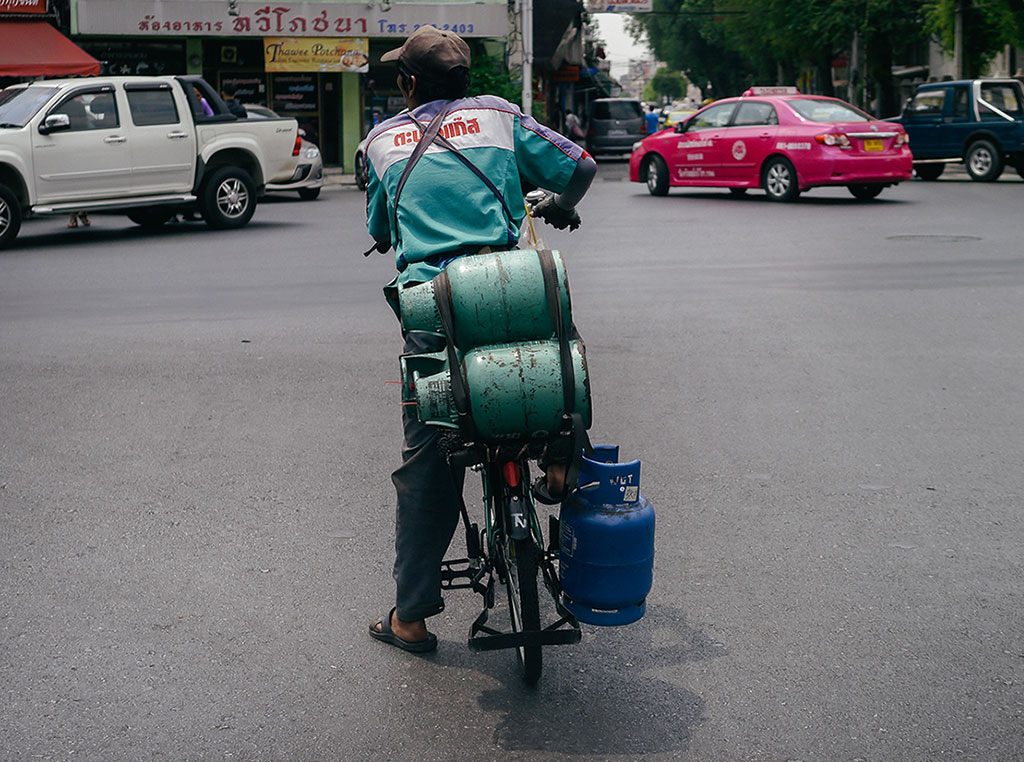 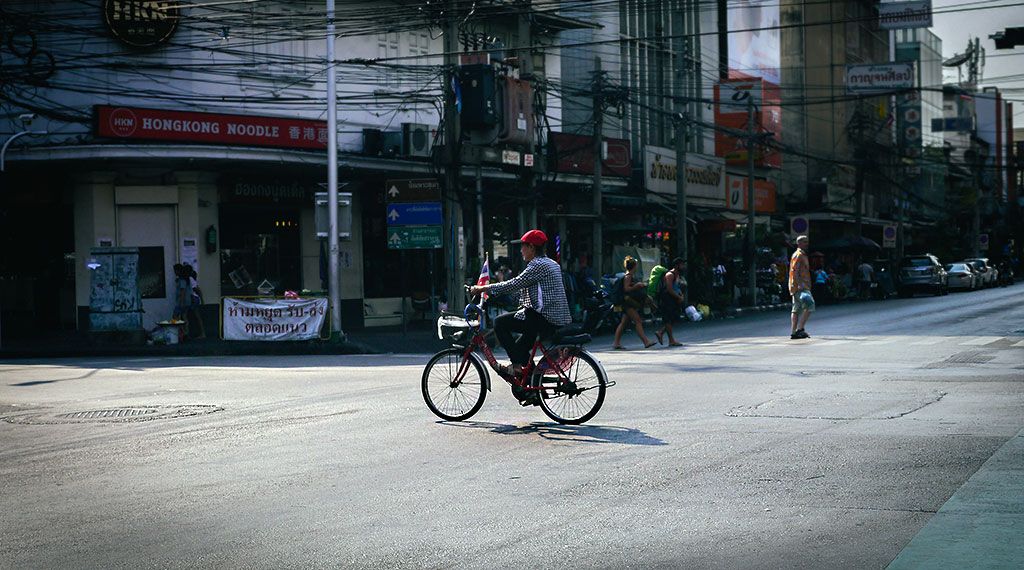 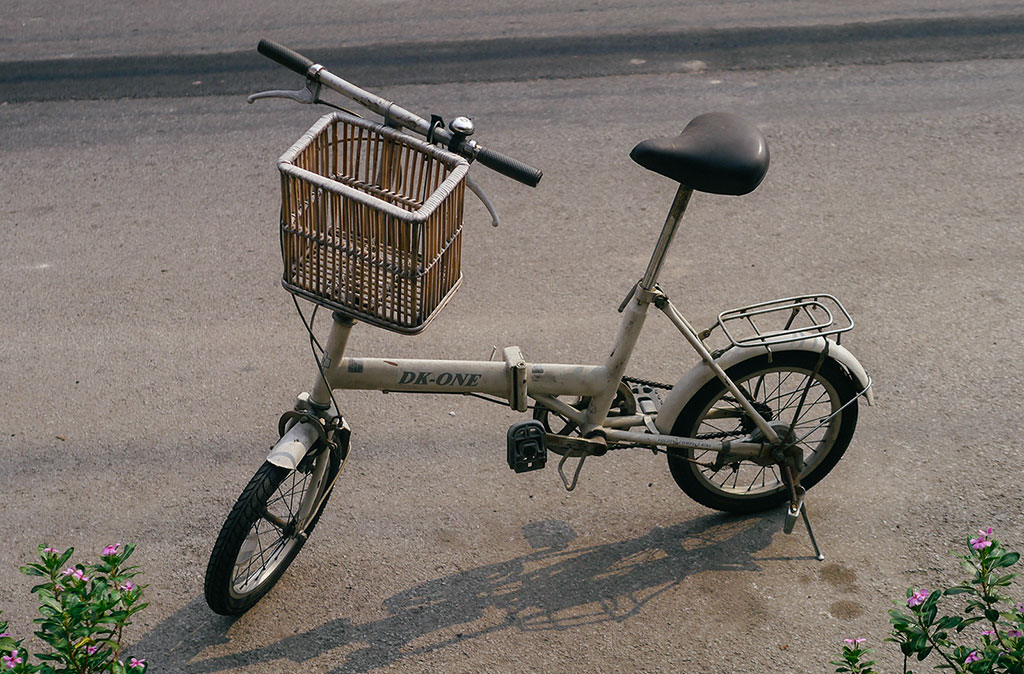 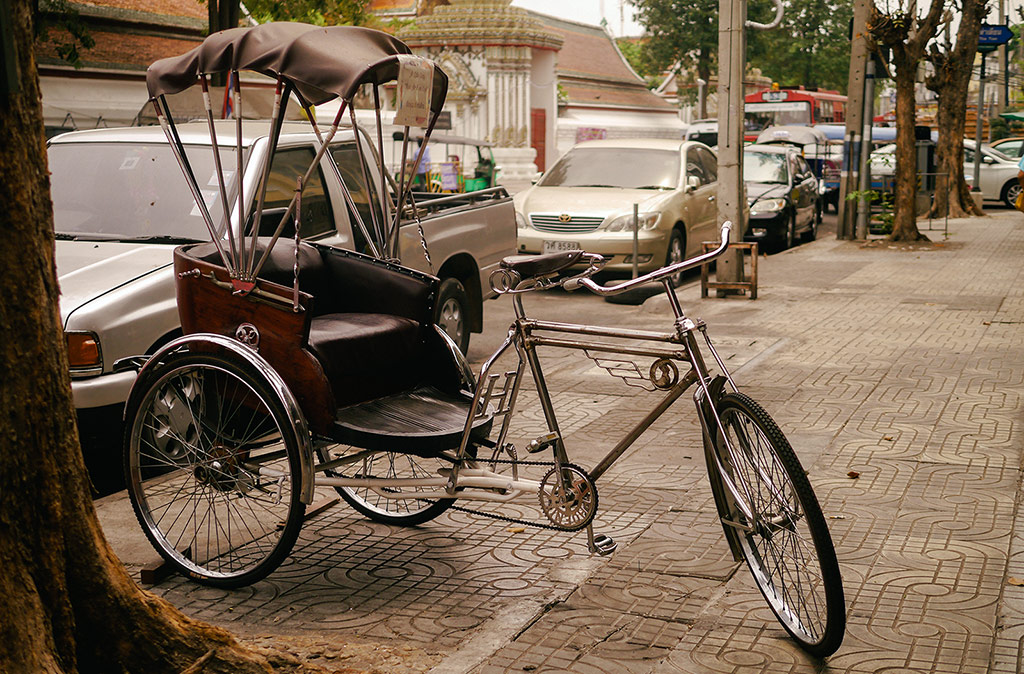 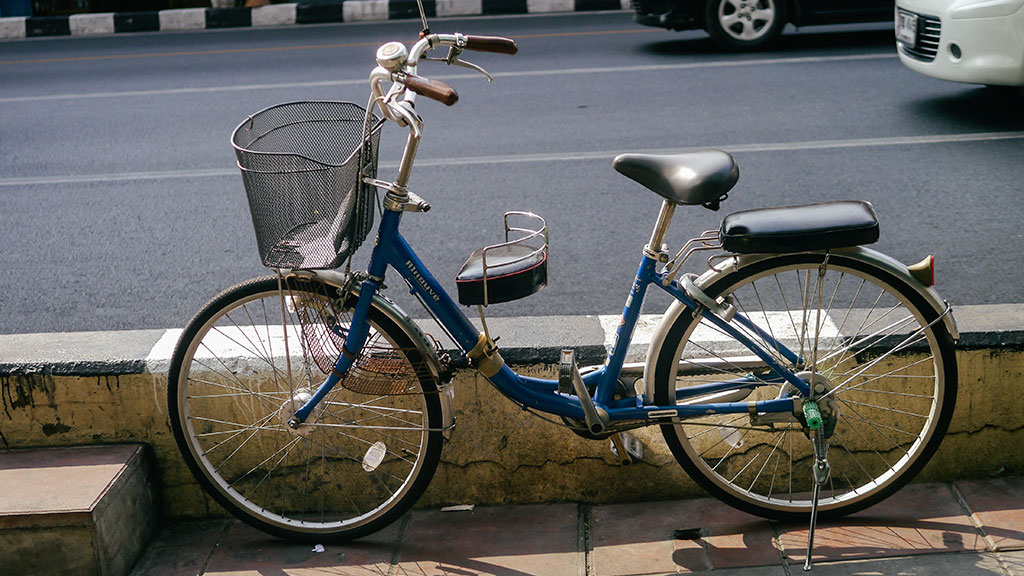 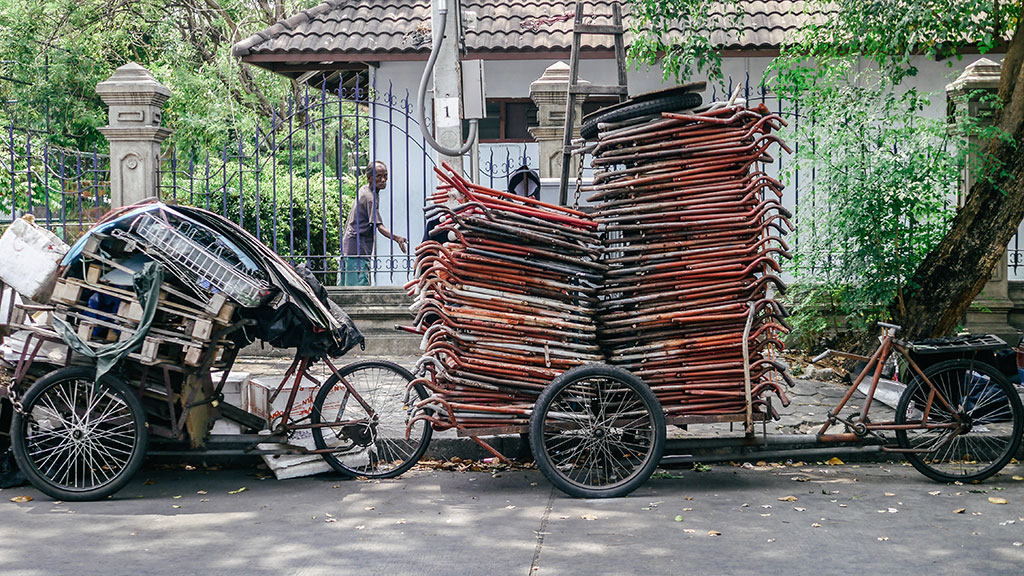 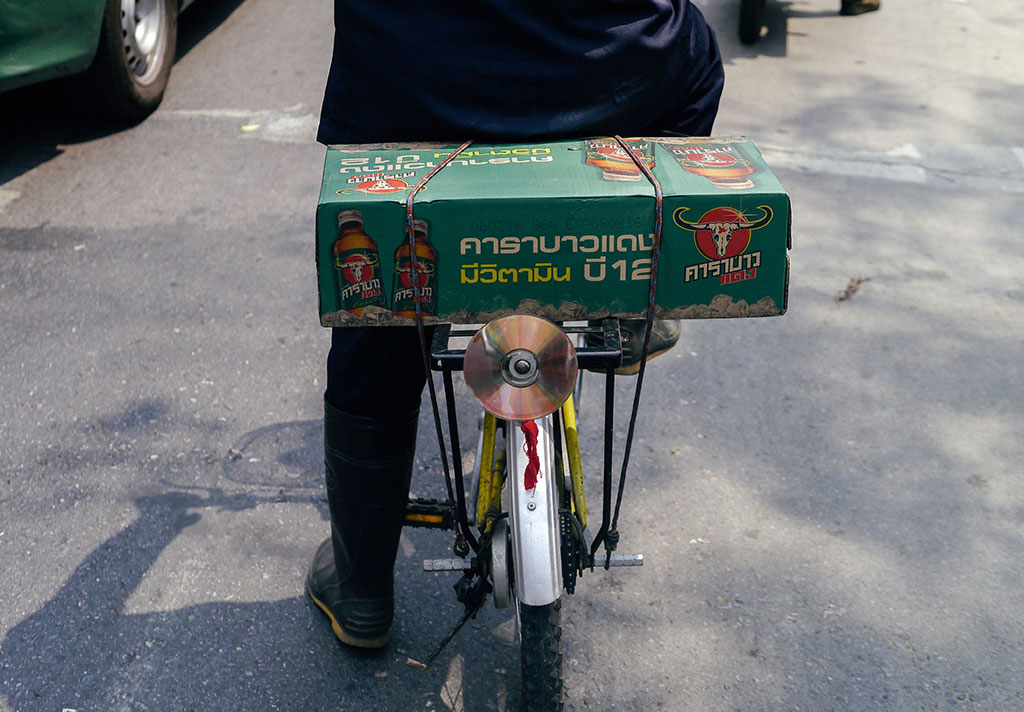 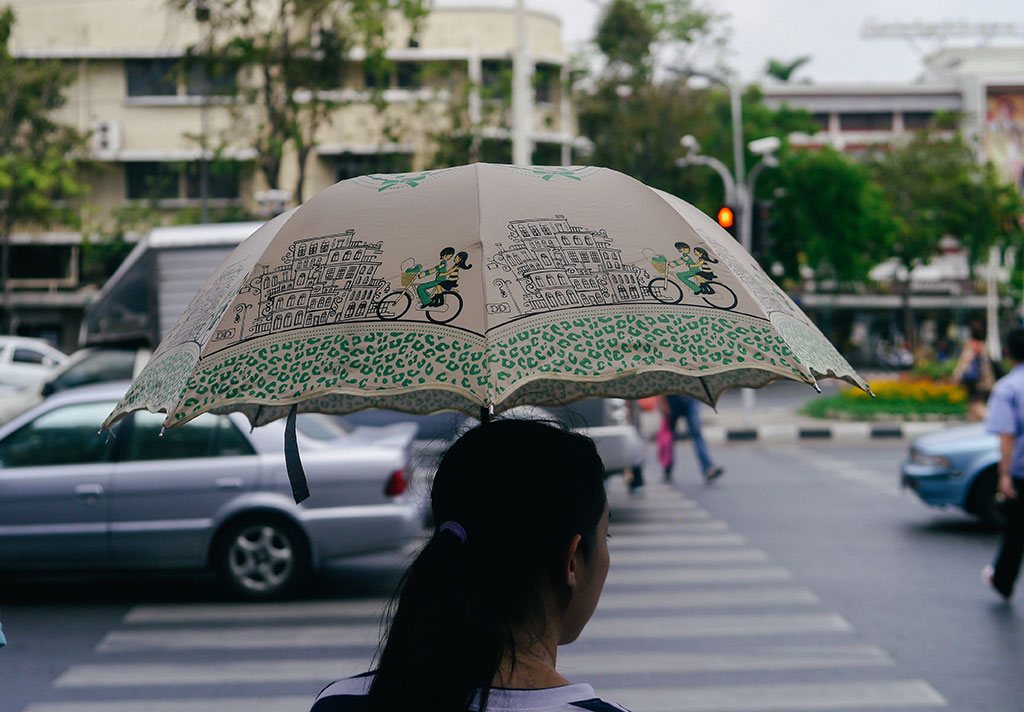