Carry on my wayward son

Is this man lacking in common sense with total disregard to his safety and to those around him?

I took this photo while riding along College Street.  It’s unusual to see a bicyclist in Toronto carrying an object with one hand on top of his head, especially along a major artery in the city.

Personally, I applaud his efforts to improvise.  It would be noteworthy to also mention that he had help from another rider who used a bike bell to clear the path.

To his credit, he made it to his destination just a few blocks ahead. 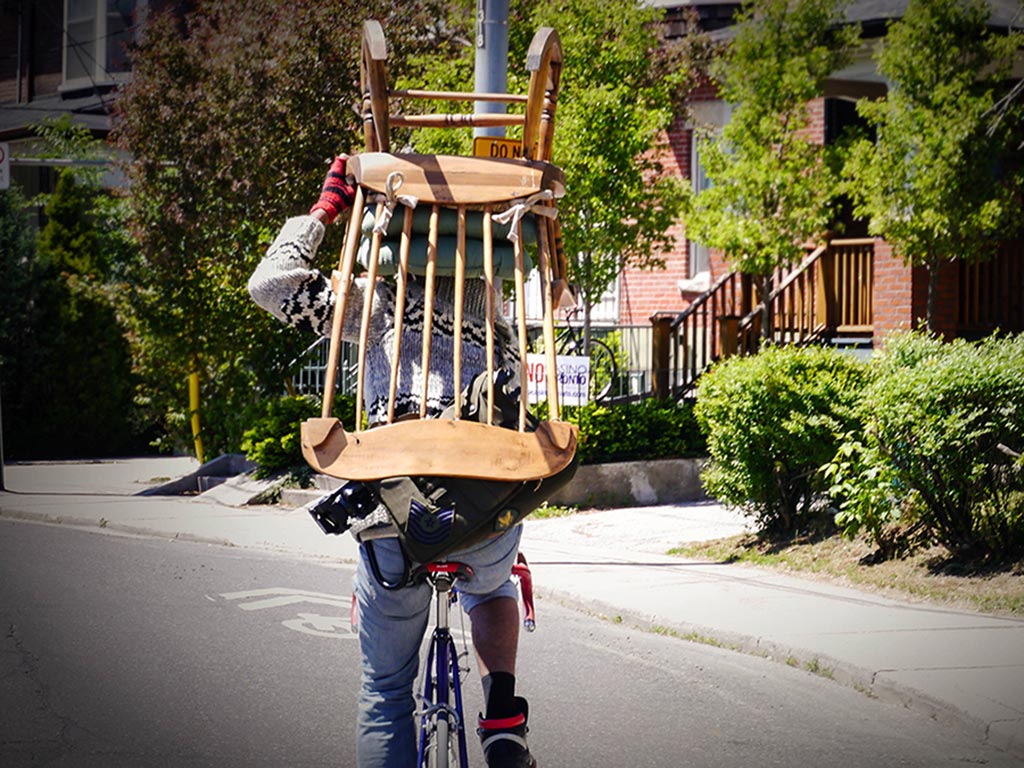