Chasing Lasers is my effort to capture the well-known work of street poet Laser 3.14.

The trademark signature above the aphorisms spray-painted in black is found peppered throughout central Amsterdam. Recently the colour red has been added to his repertoire for the occasional visual punch.

But what sets Laser 3.14 apart from other graffiti artists and taggers is that he doesn’t deface any property. He solely targets boarded up sites and construction tarps covering buildings in renovation.

What he decides to write I defer to the poet. Though some of it is politically charged or relates to current global and local events. In one instance, the word “RUN” was written on wooden planks of the recently closed Café Zuid on Van Ostadestraat. A few weeks earlier, someone sprayed multiple shots from what is believed to be an automatic firearm at two men sitting in the café. Though he also dabbles on the other end of the spectrum with hints of being a bit of a romanticist.

When I took my first photo, I had to work the shot as there were bicycles in the way. My mind quickly back pedaled when I realized bikes are never in the way.  They are a part of the urban milieu that stirred this unsanctioned collaboration with a street poet named Laser 3.14. 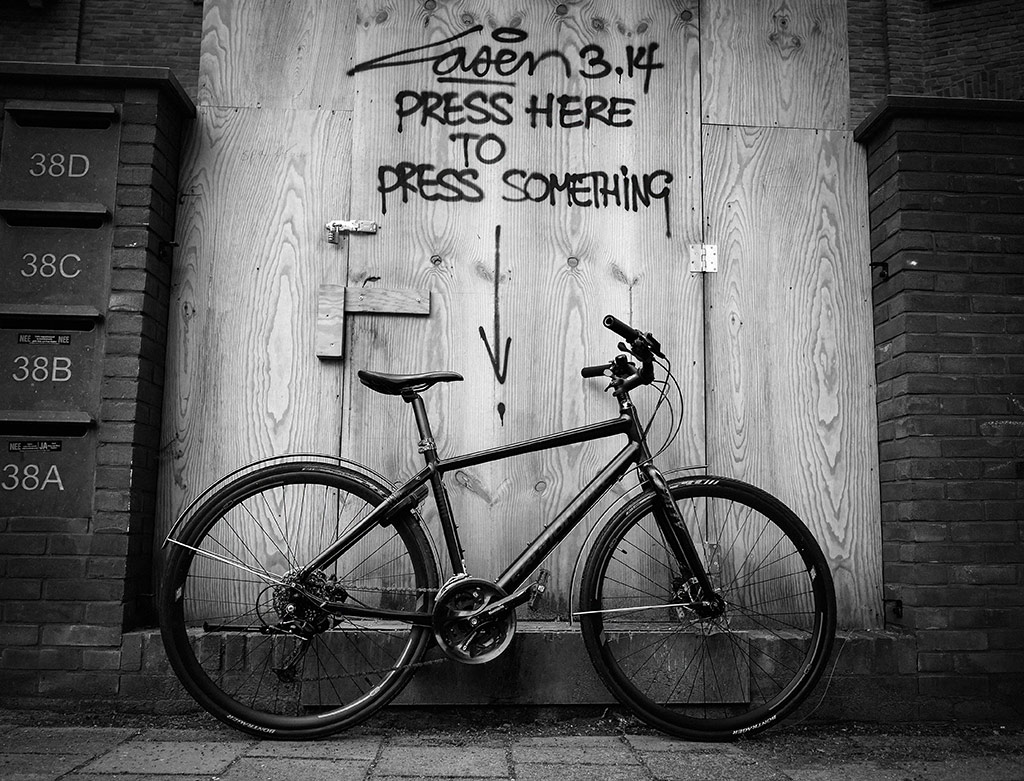 Press Here To Start Something 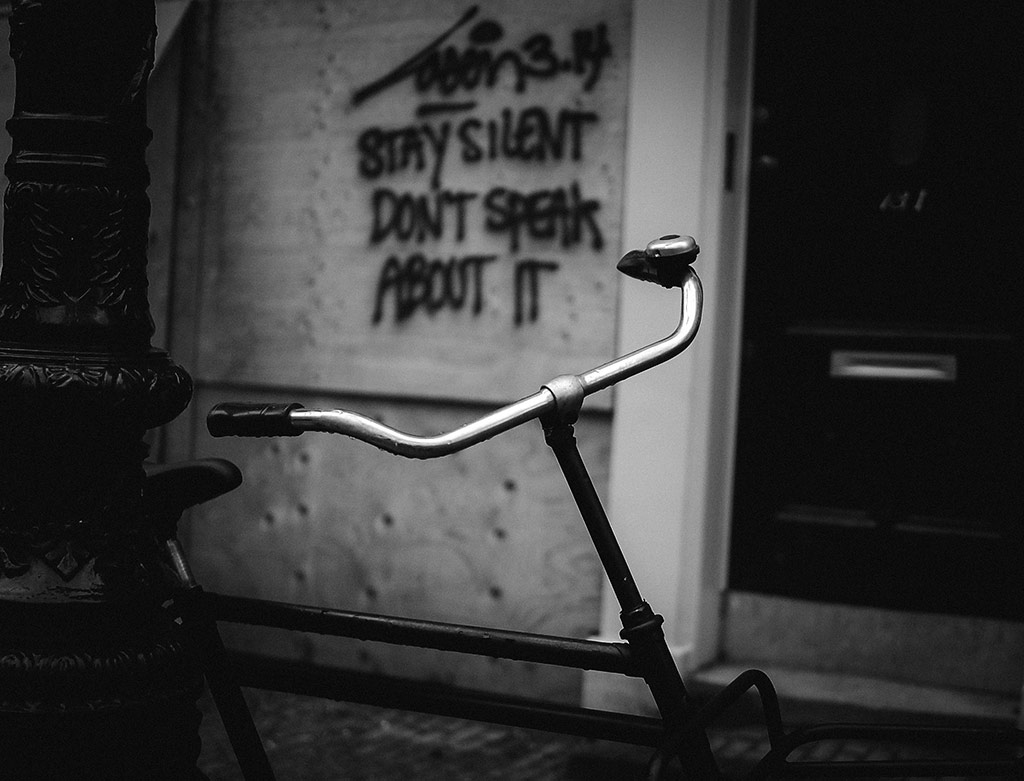 Stay Silent Don’t Speak About It 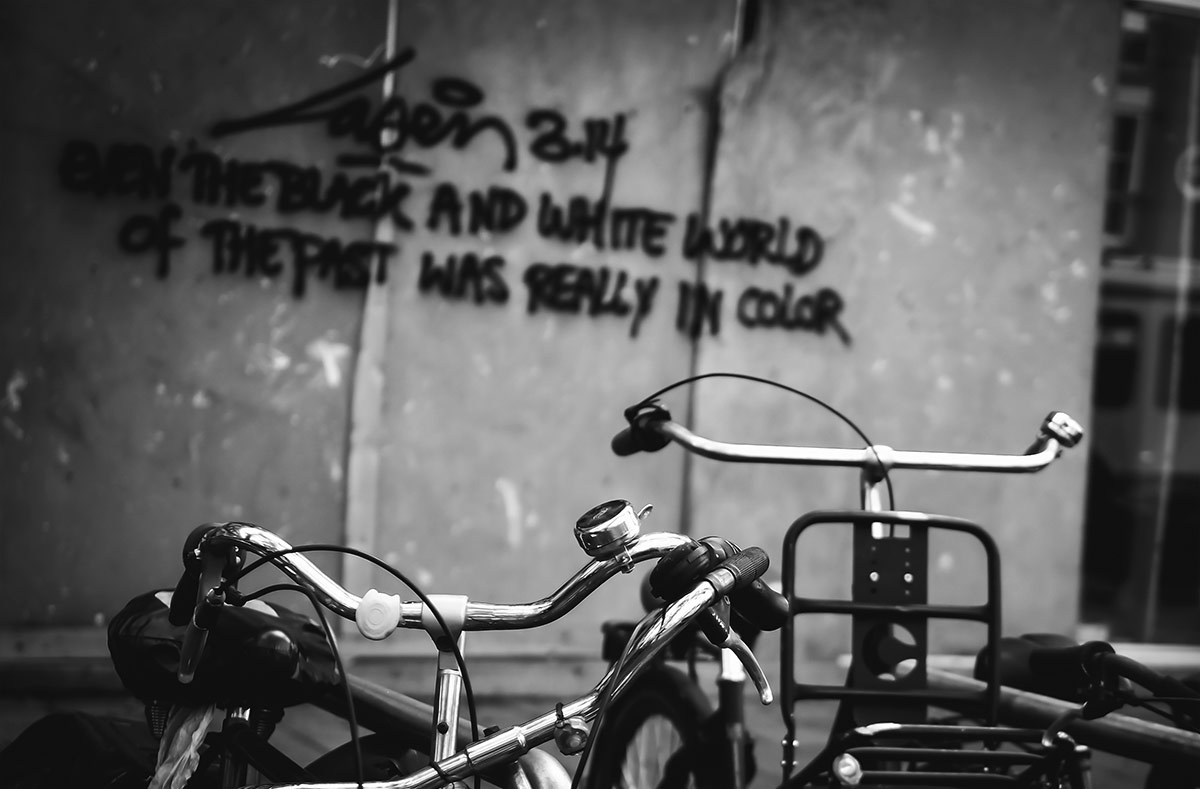 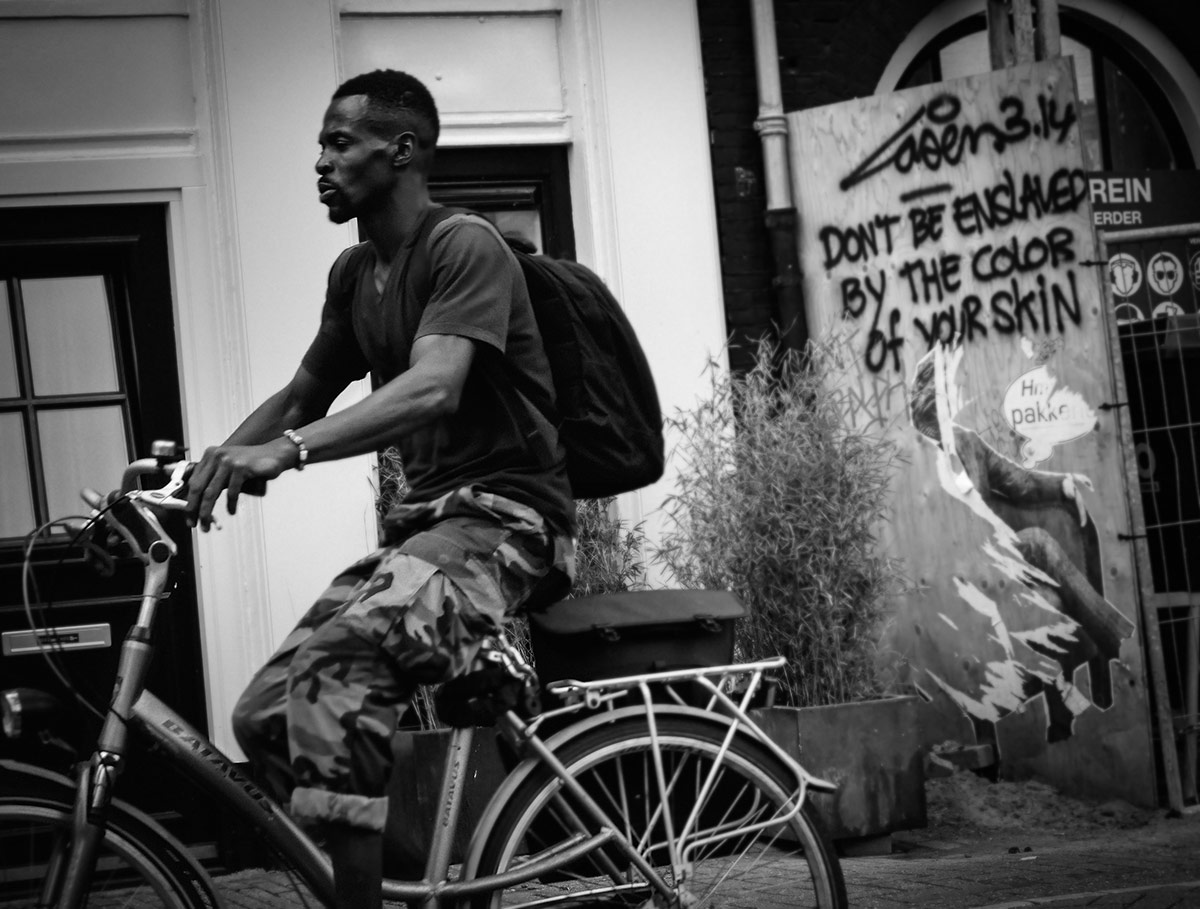 Don’t Be Enslaved By The Color Of Your Skin 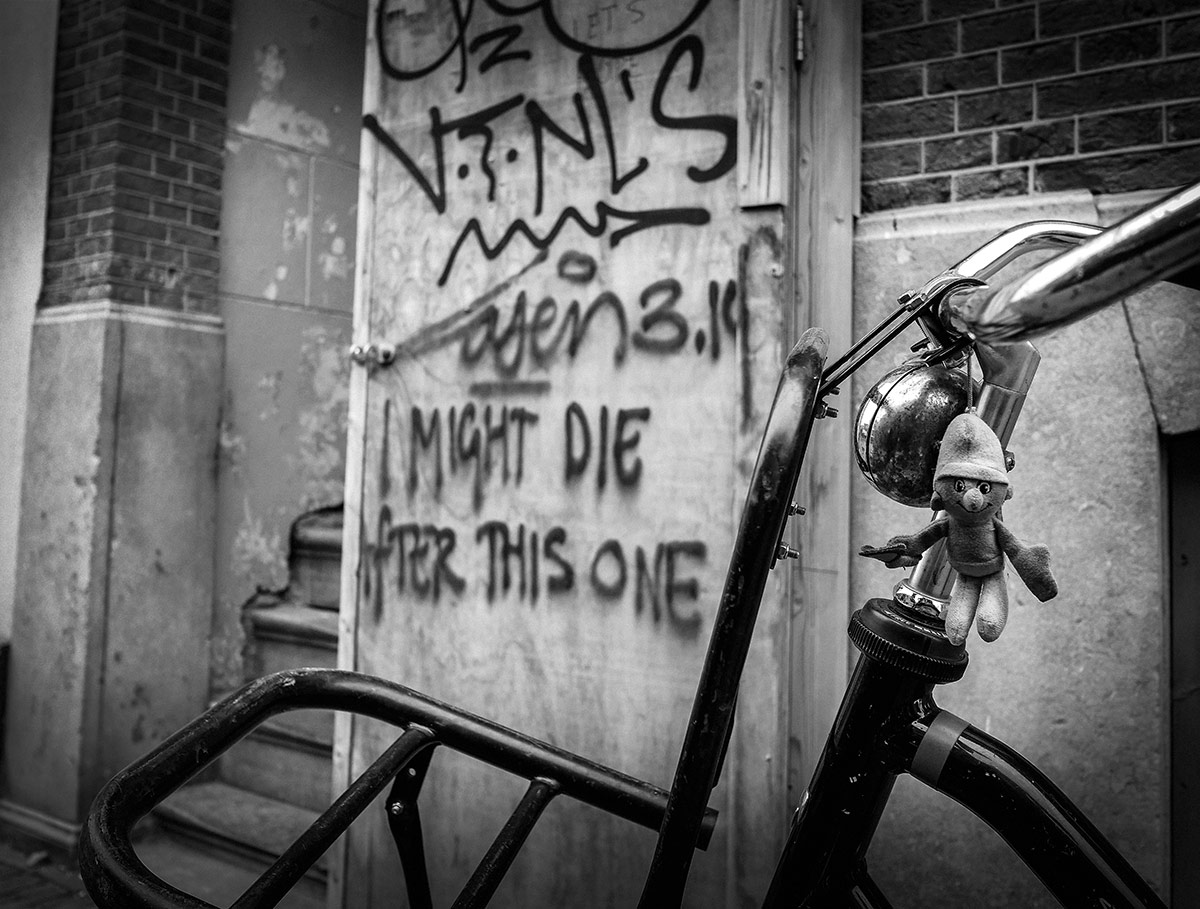 Too Much Prohibition Stunts Your Growth 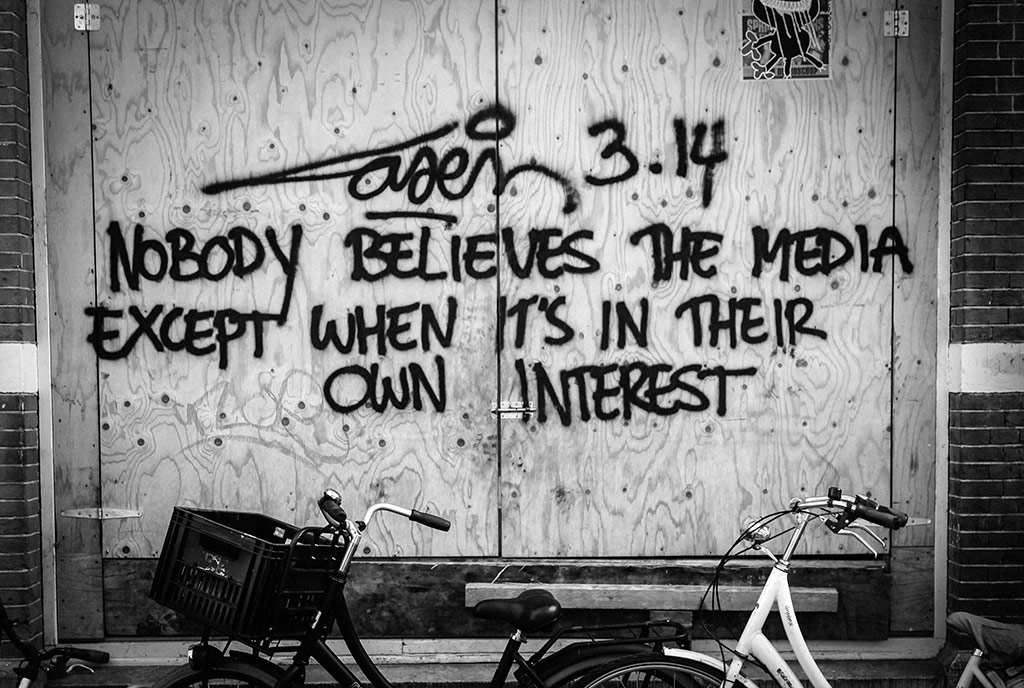 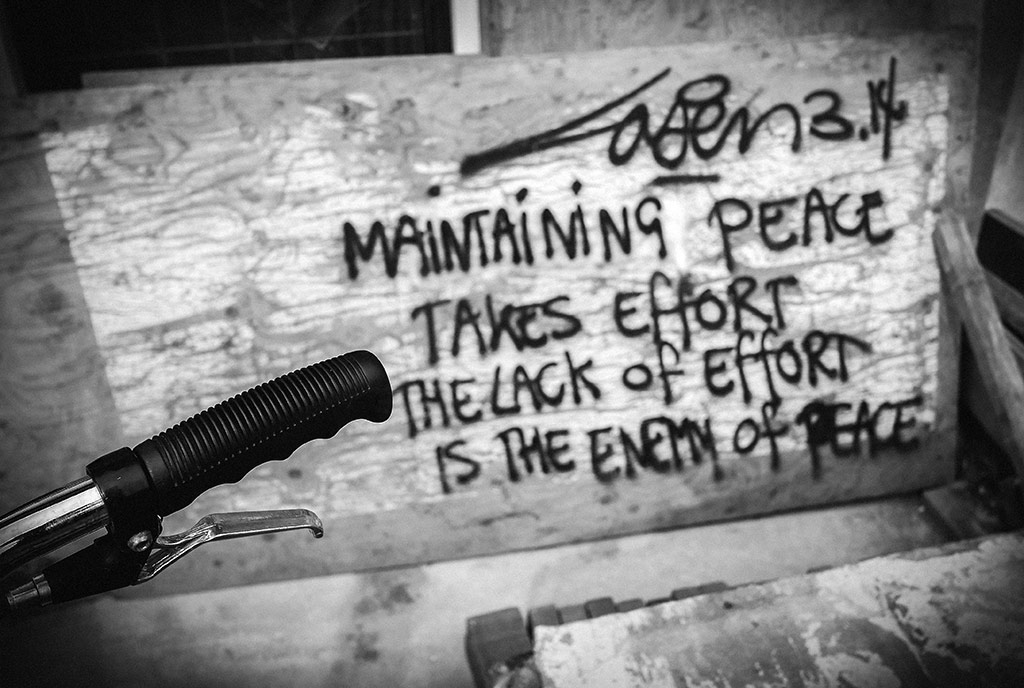 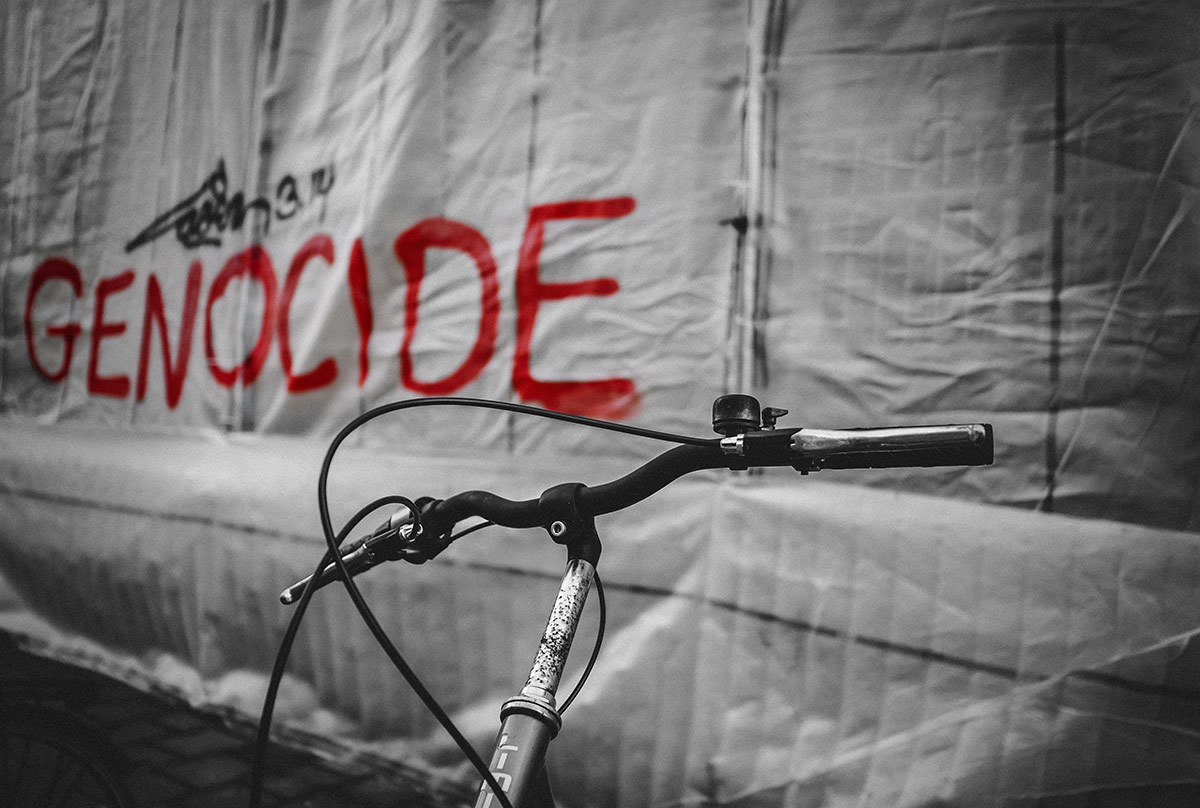 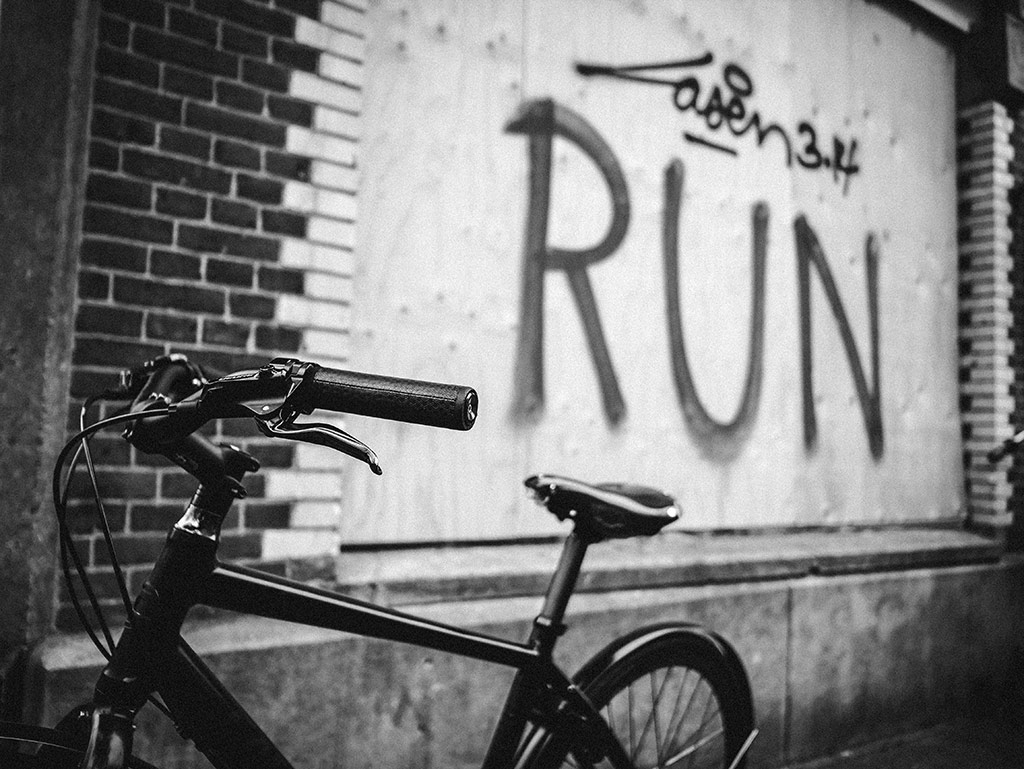 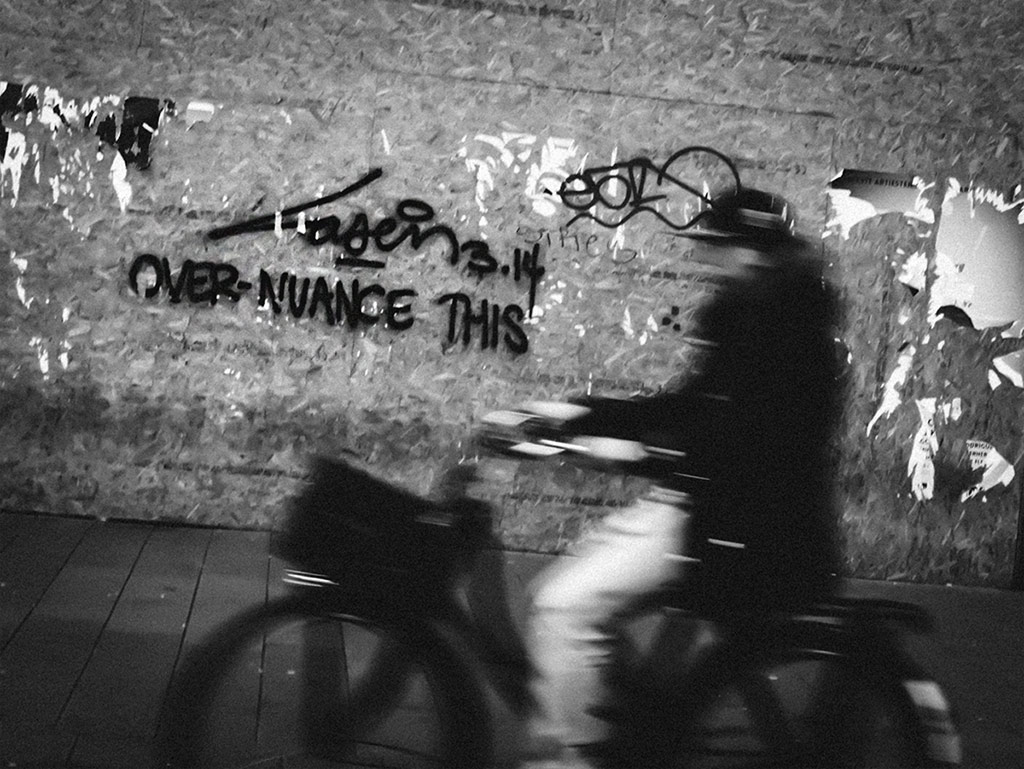 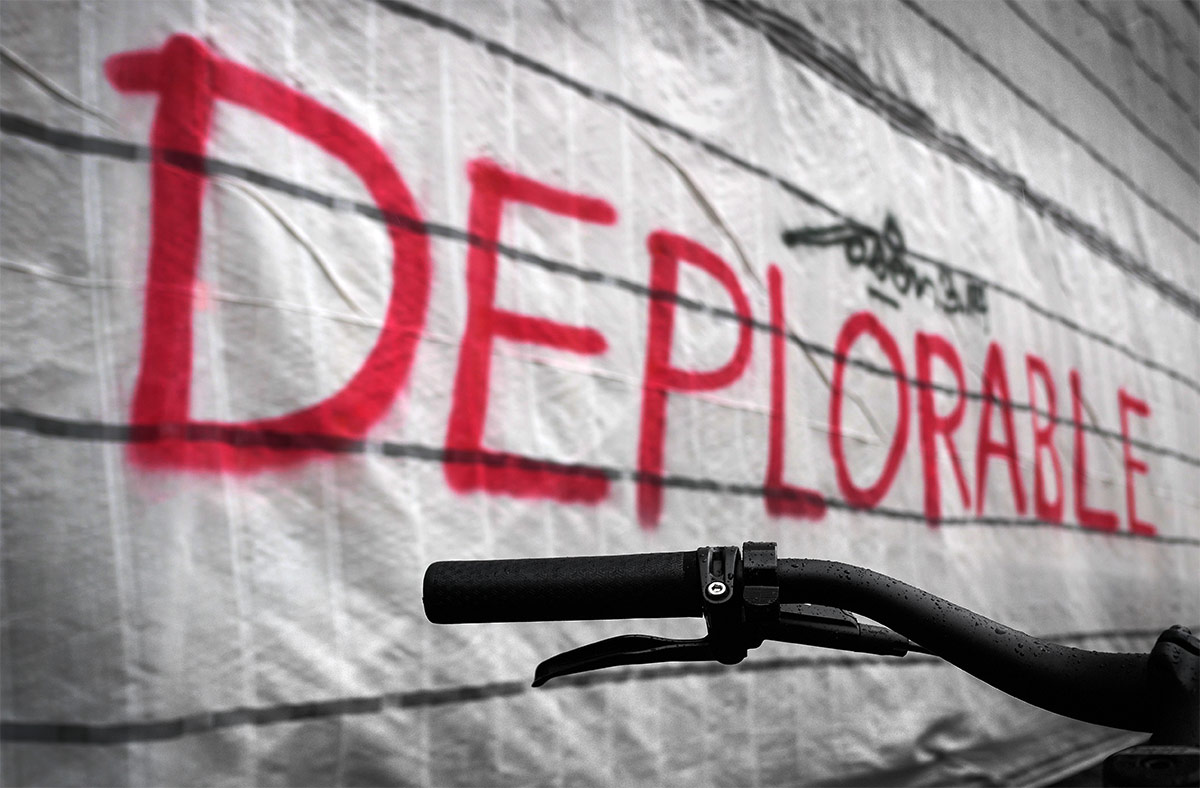 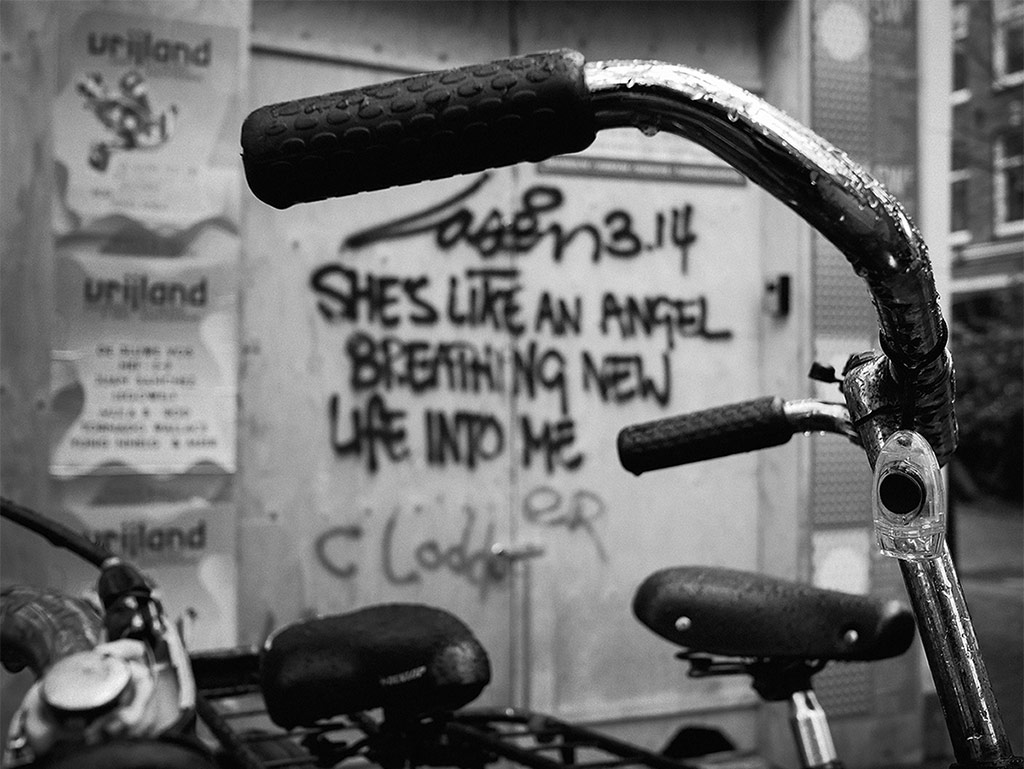 She’s Like An Angel Breathing New Life into Me 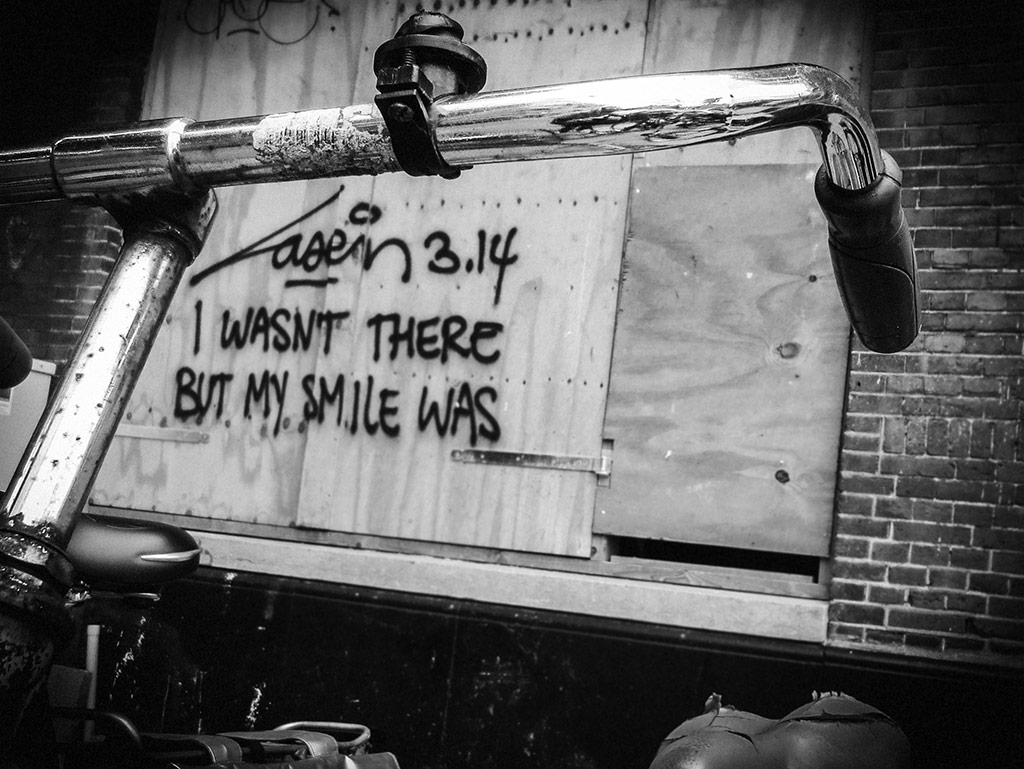 I Wasn’t There But My Smile Was