Nature sent me a New Year’s gift. Amsterdam was wrapped up in several days of fog.

It was nearly one year ago when the city was similarly obscured by a low-lying cloud. The transformation of the urban surroundings was an opportunity to capture a new perspective of life on two wheels. The result would become my favourite photography series to date.

Typically a morning phenomenon, this time the fog was unique as it had settled for three consecutive days. There were brief moments throughout the afternoon in which it began to dissipate, but only to return in full force.

Aside from riding the canal streets and around common tourist attractions like the Rijksmuseum, I decided to breach the city limits. For two mornings, I was a wandering nomad and circled around Amsterdam looking for unsung places to shoot.

Riding over the Nescio Bridge, an award-winning cycle and foot bridge of nearly 800 m in length felt like a journey to the Netherworld. Fog was so dense near bodies of water that there were extended periods of time where there was no one in sight. This was only amplified at Amsterdamse Bos, a magnificent landscape park, three times the size of Central park, situated between the municipalities Amstelveen and Amsterdam. Waiting for a bicyclist to go by felt like I was hunting for leprechaun’s, since the park was visited by the occasional jogger and people on foot.

Among the most enjoyable parts of the ride was dealing with a little adversity, which always seems to happen when there is fog. In my haste to go out and shoot, I won’t notice that my batteries need charging, or that I grabbed the wrong lens, forgot my wallet and chapstick, or in this case discovering that my phone is now without power. Being left without a GPS is of little concern with a workable compass in my head. But riding a bike with no music just felt weird.

In the silence of a winter morning, nature was calling. There was only the sound of my rubber tires rolling on frosted pavement and a faint clank from a misaligned chain. The fog reminded me to set aside any inhibitions and to simply observe with my senses. It was an invitation and I graciously accept. 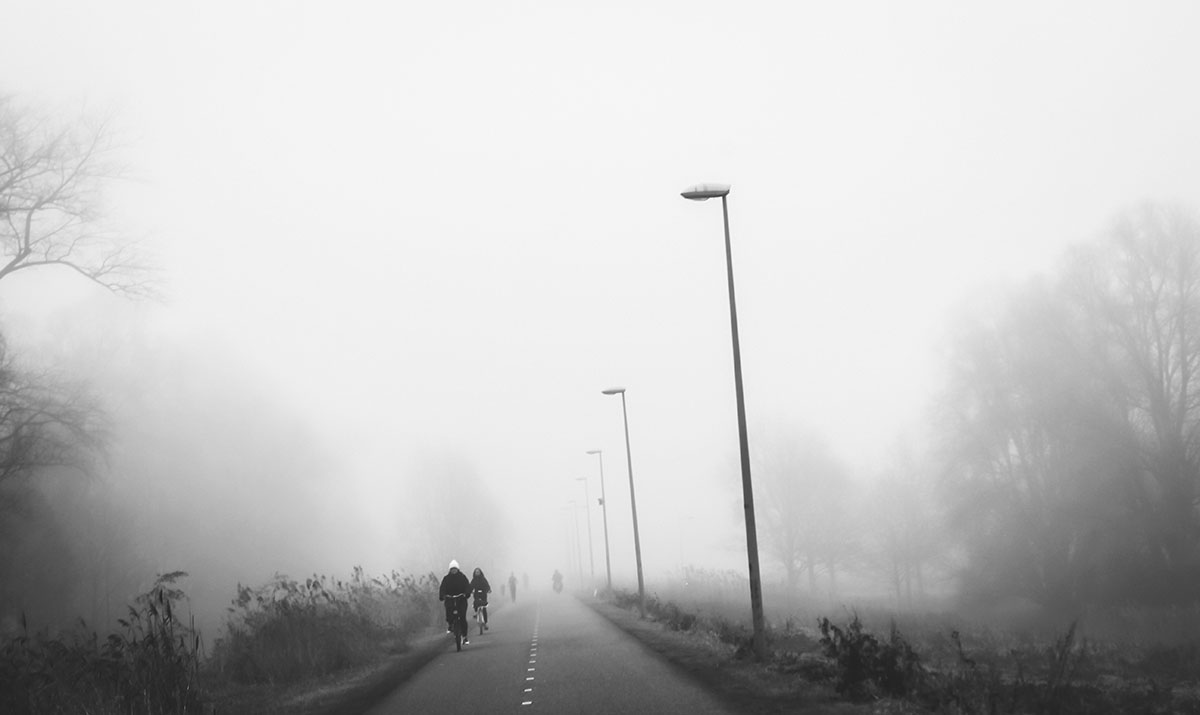 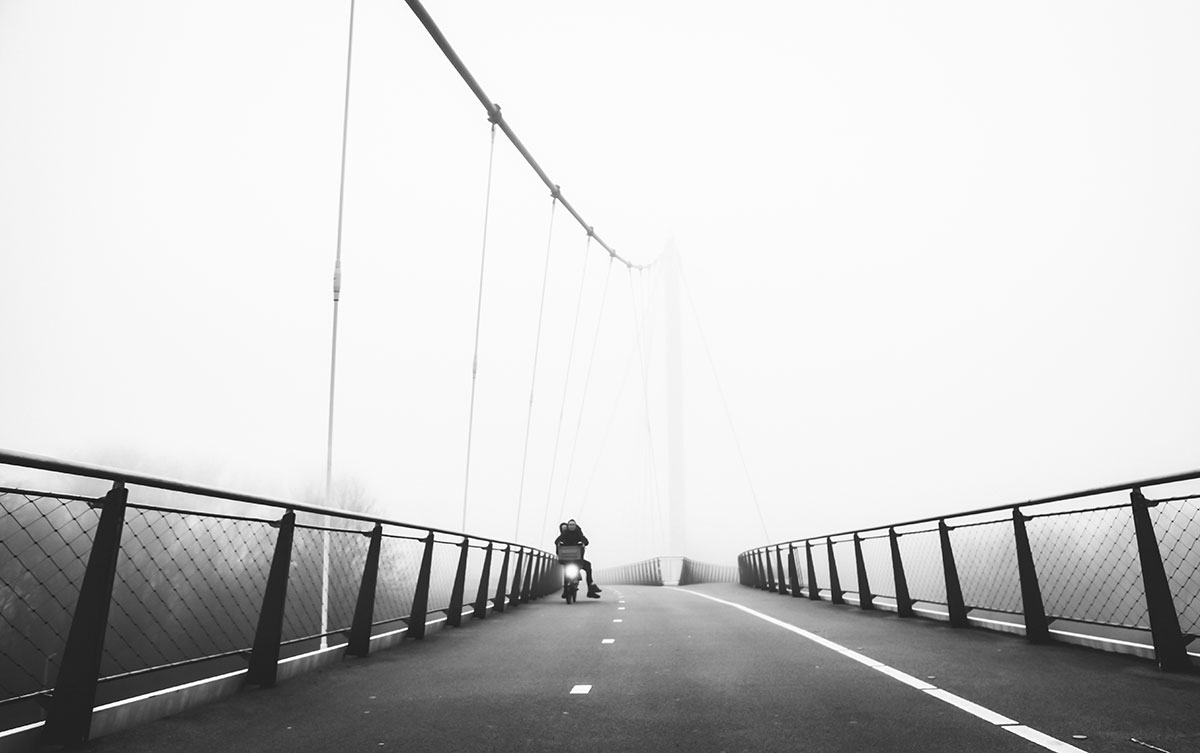 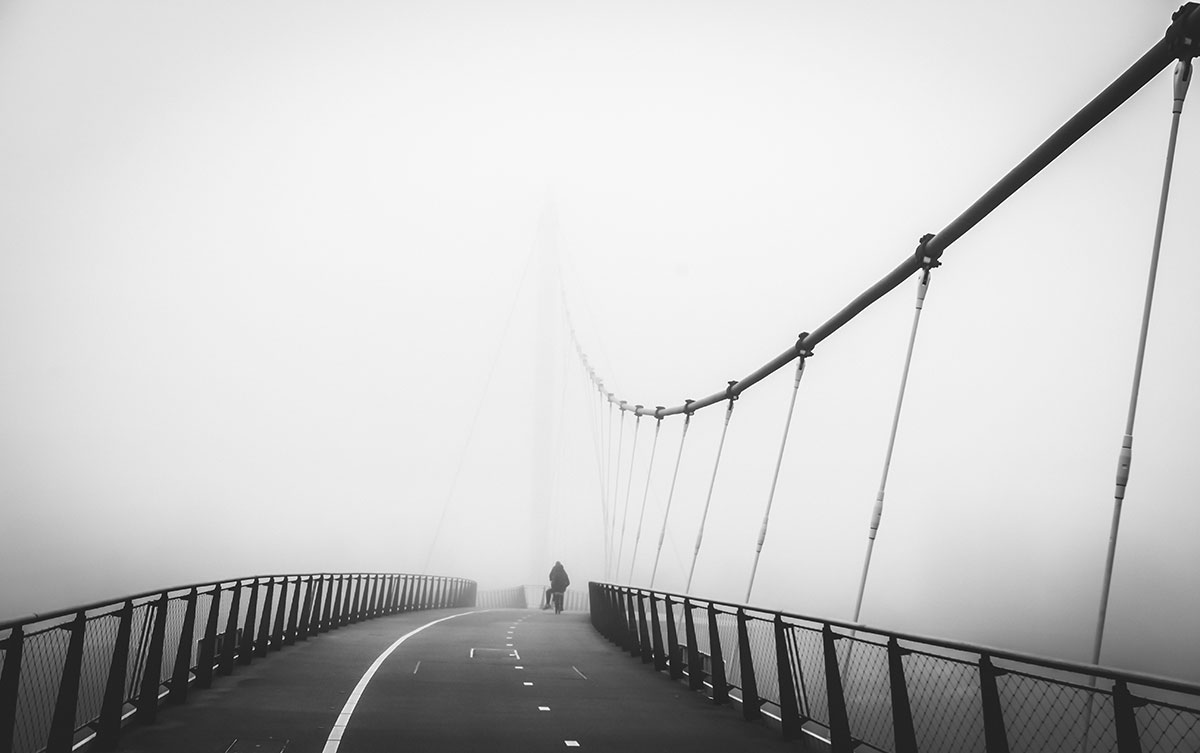 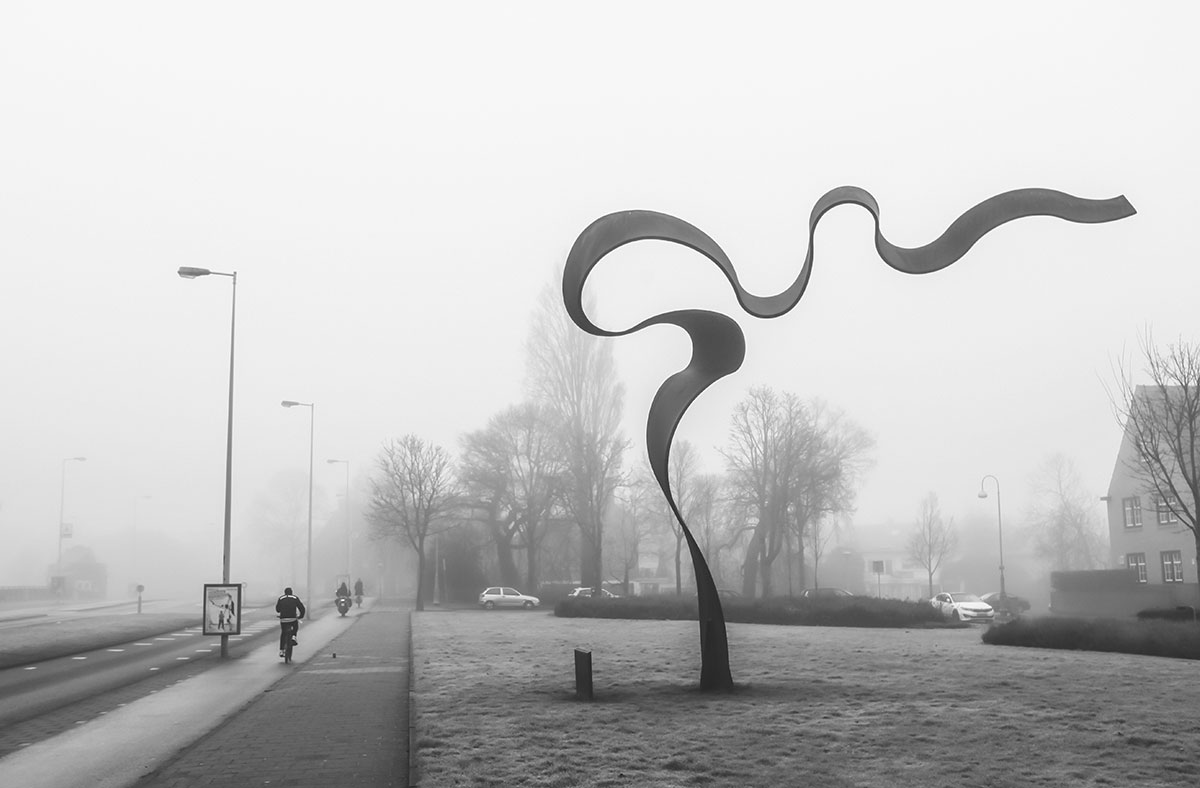 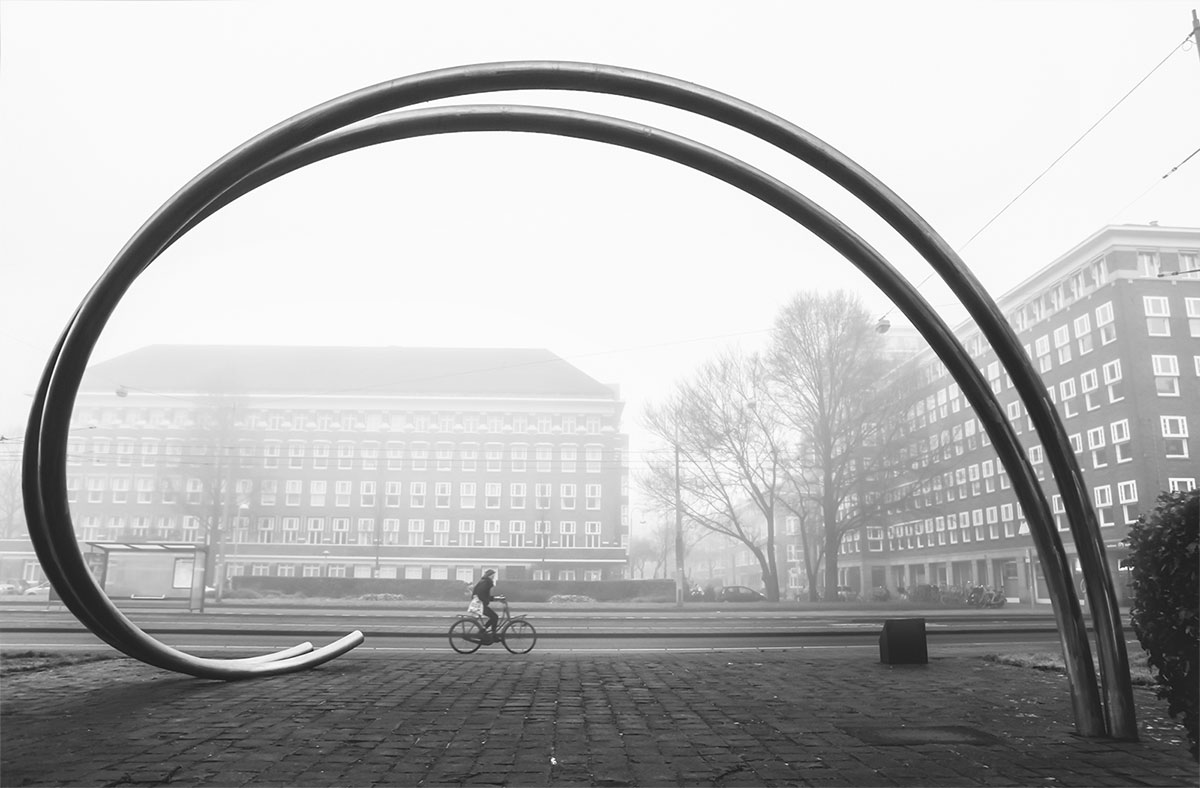 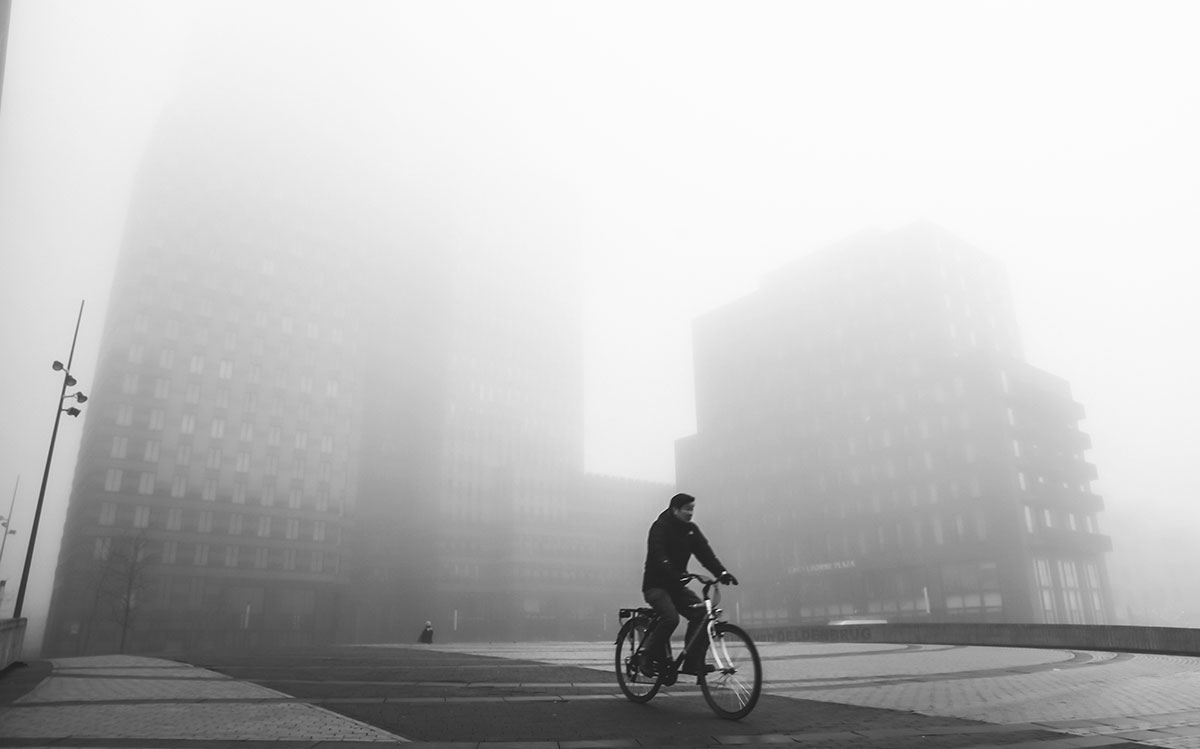 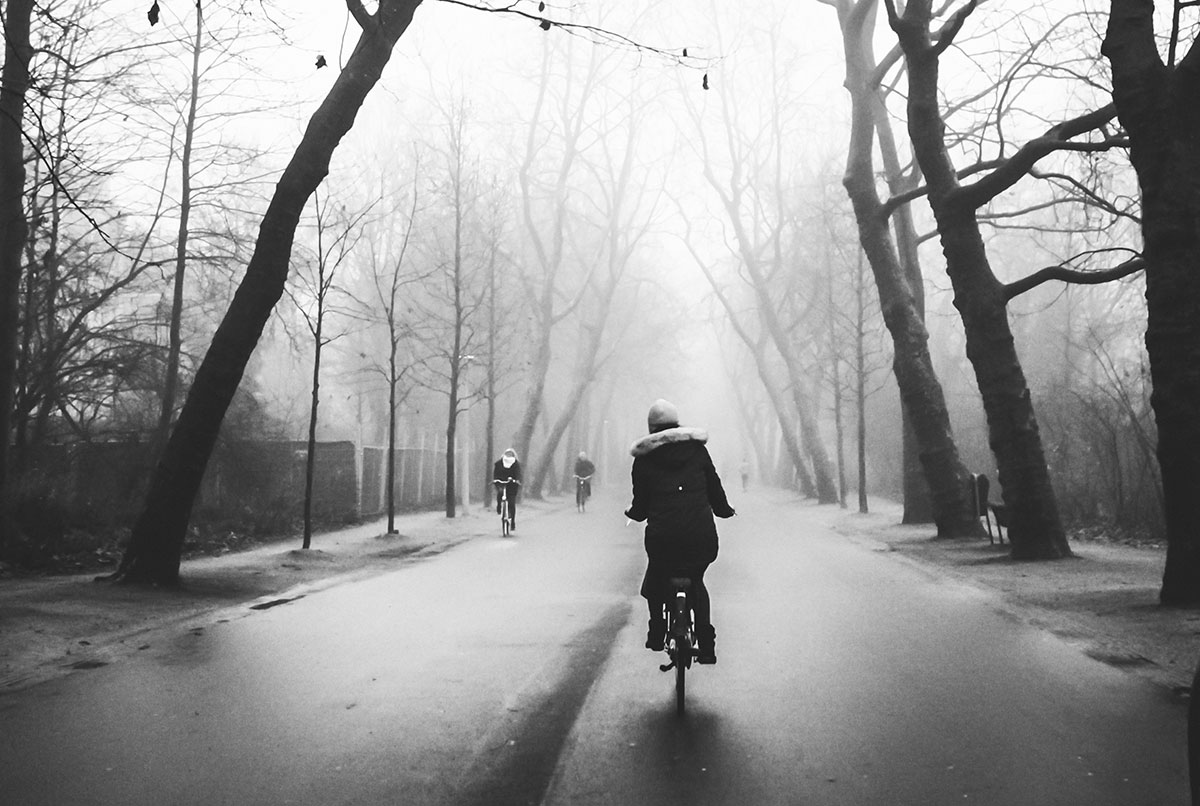 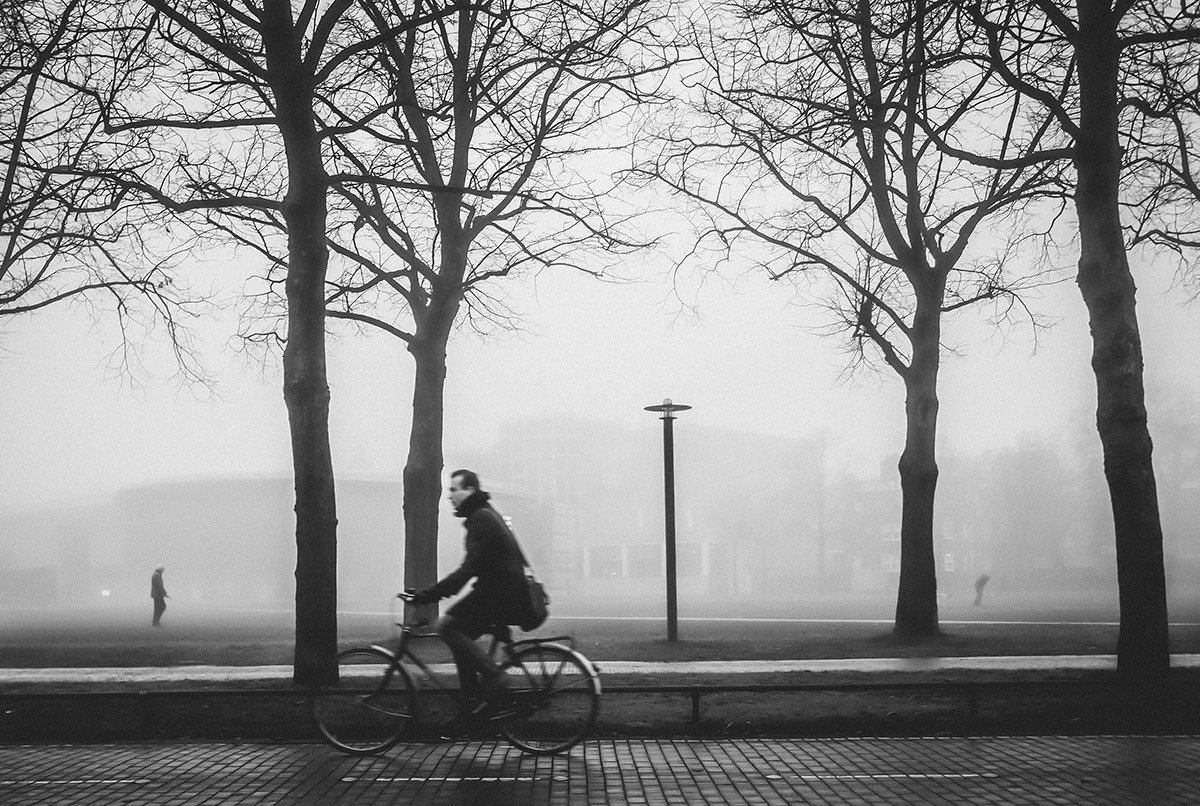 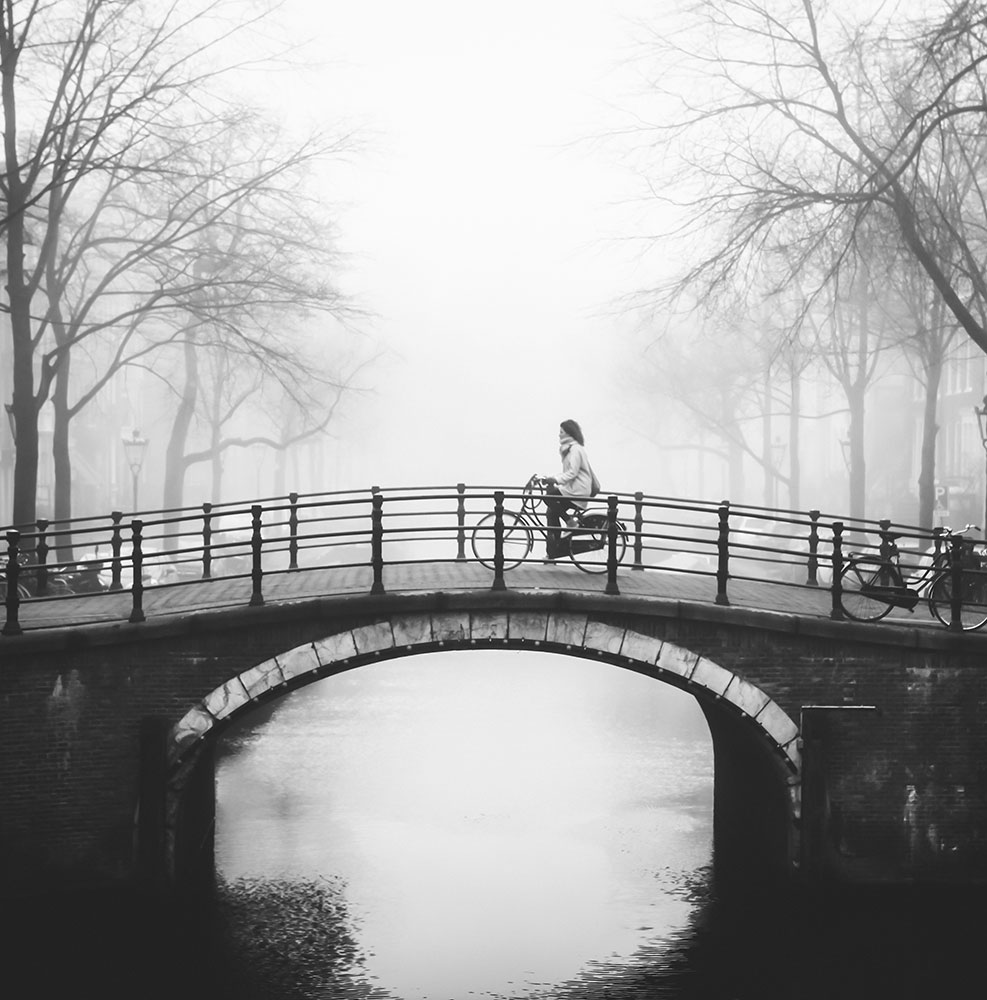 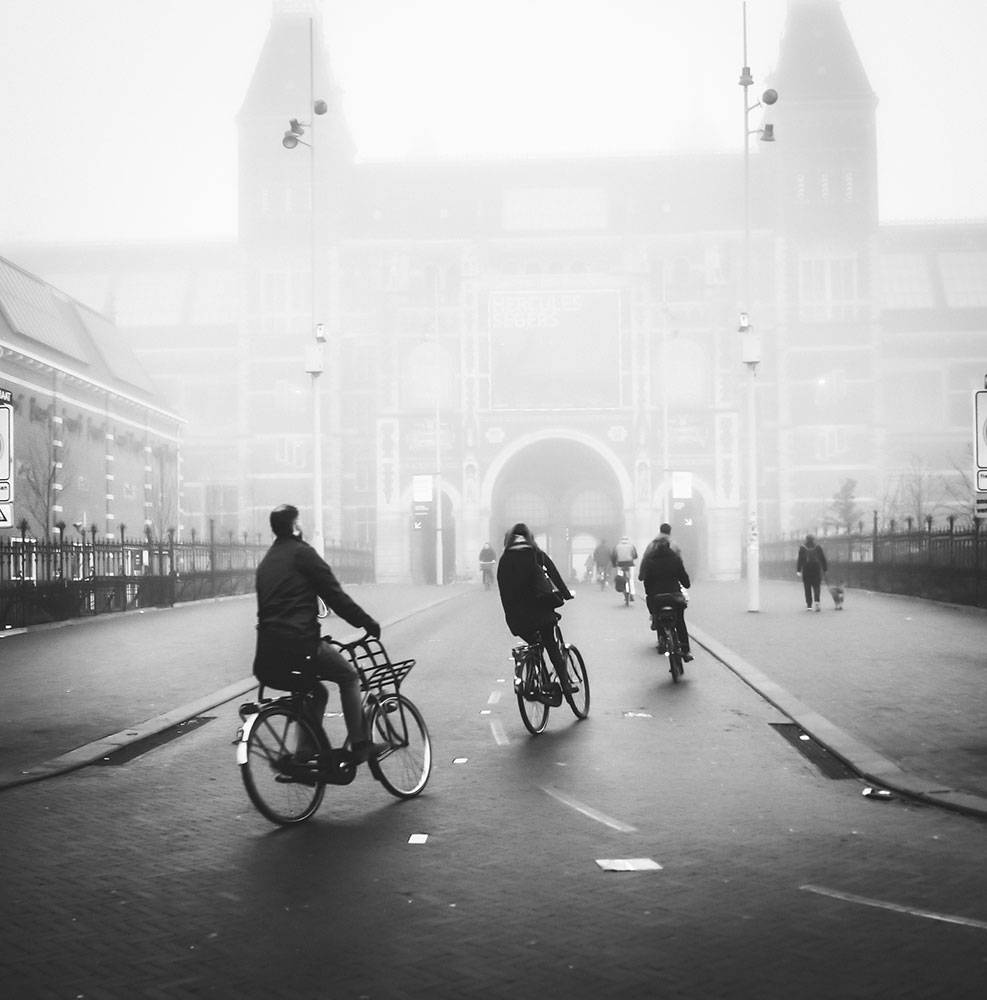 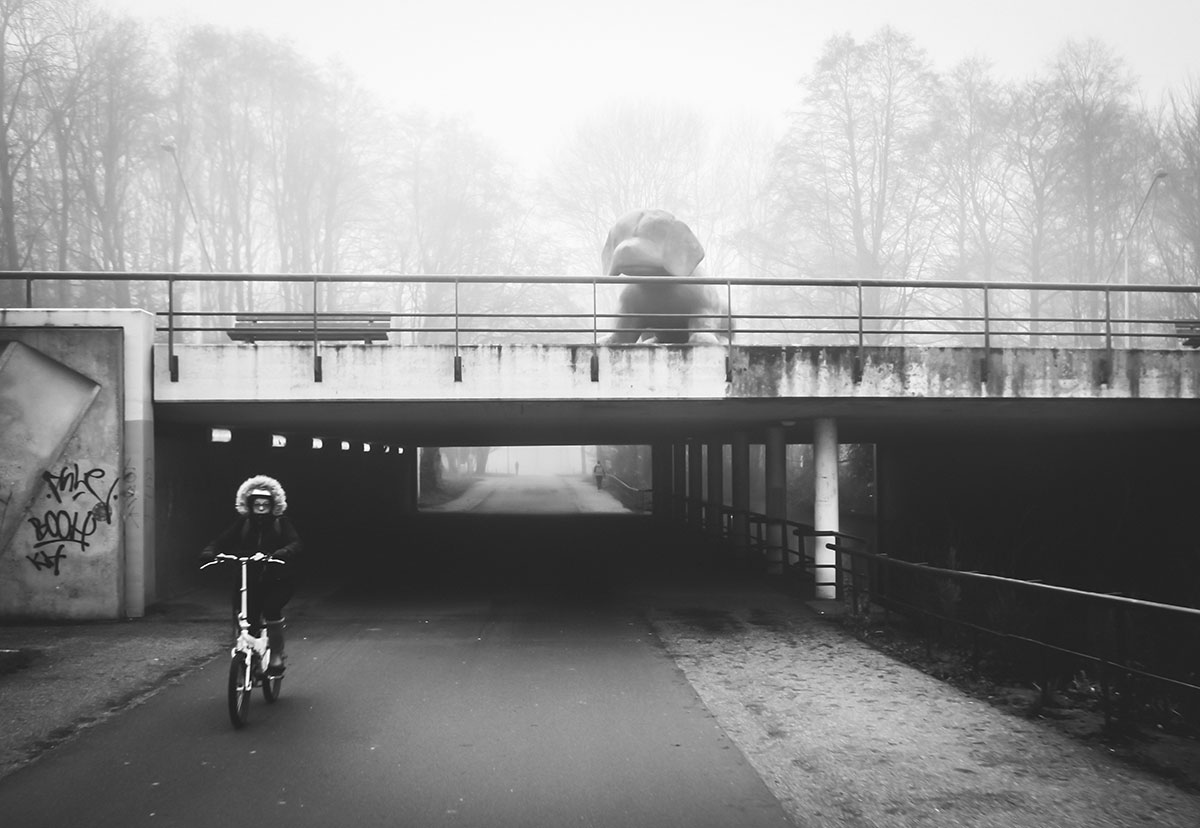 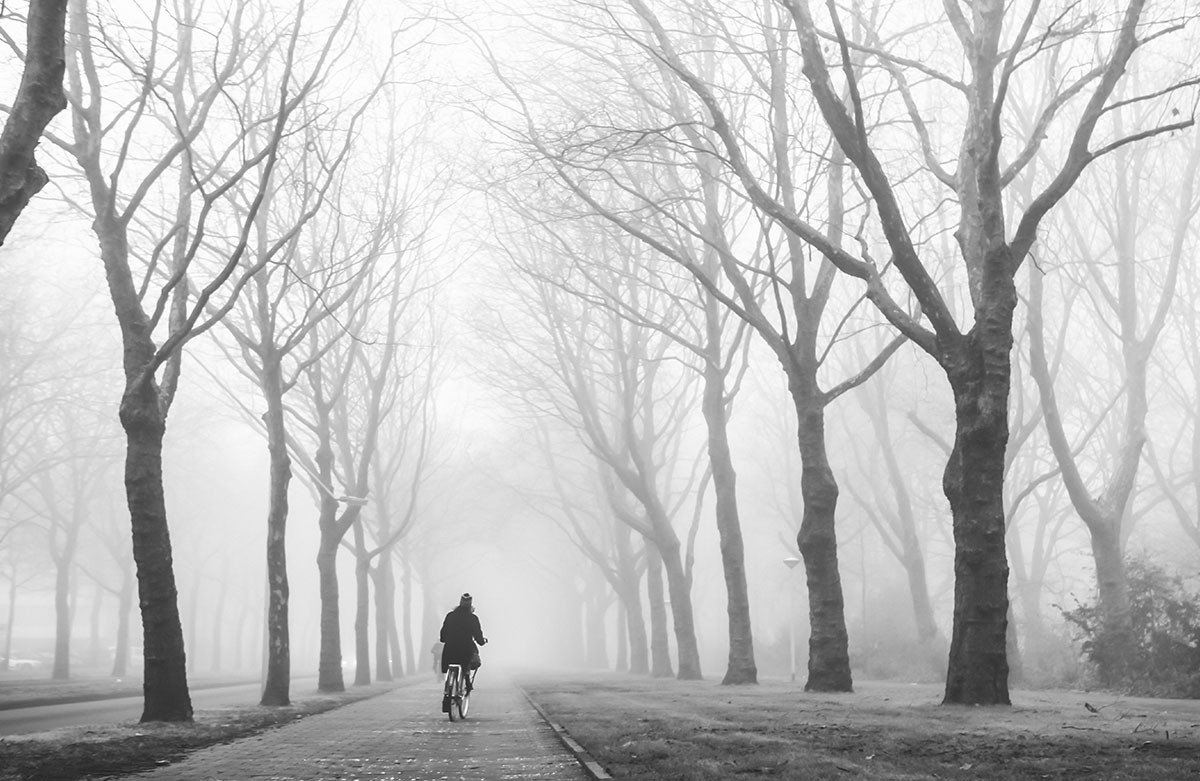 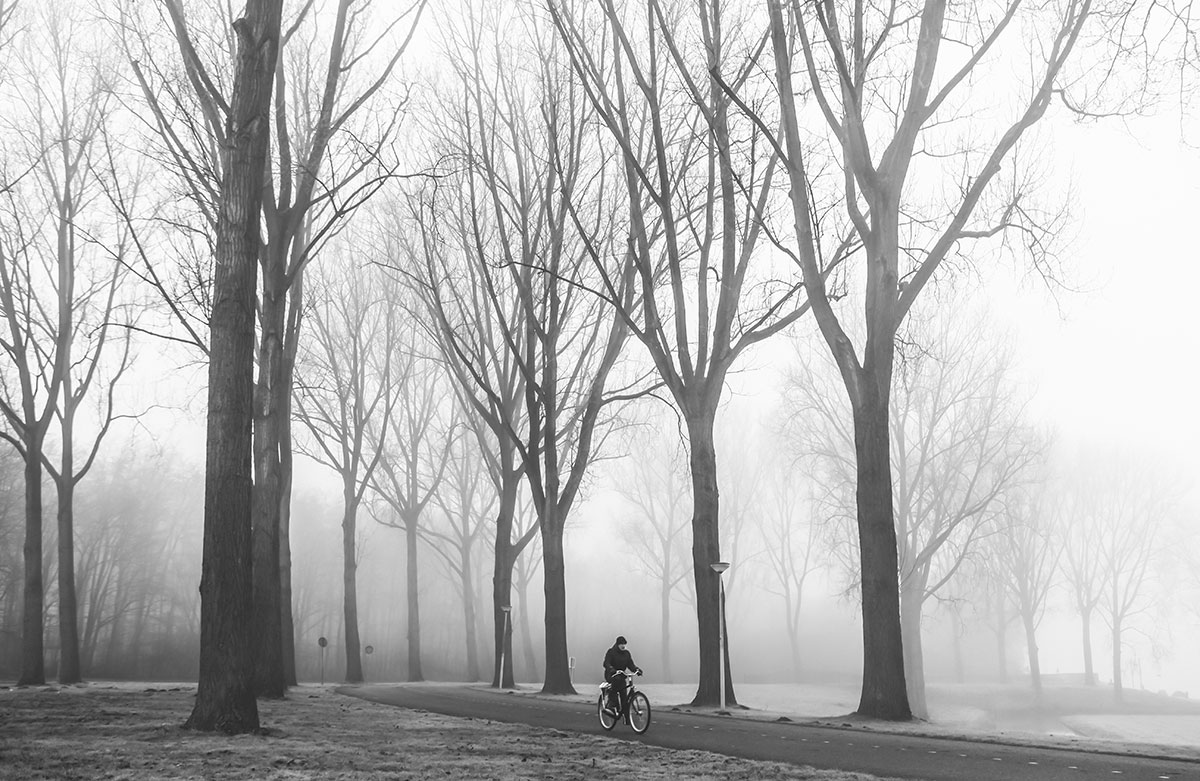 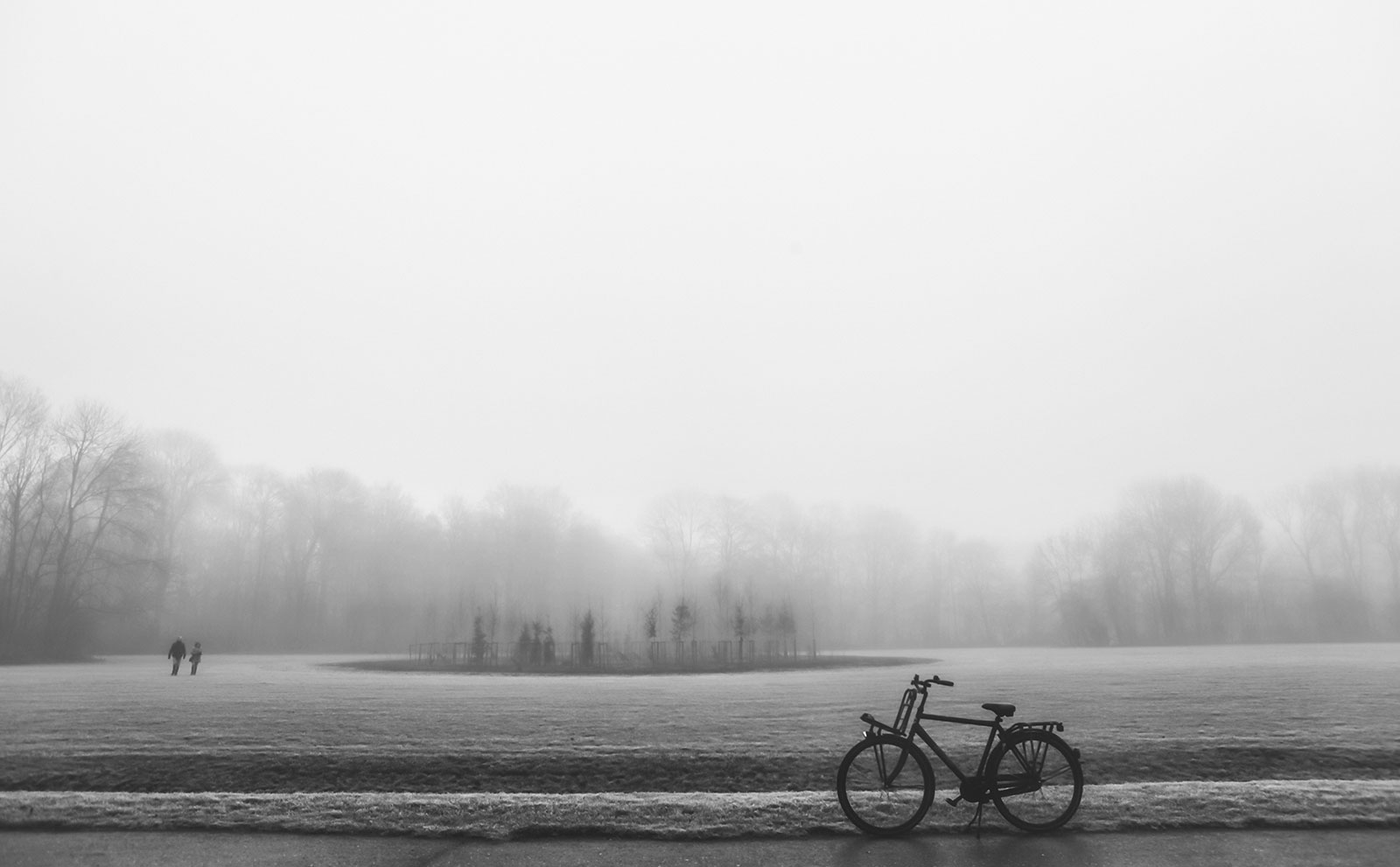