The Full experience of a Deliveroo rider in Amsterdam

Deliveroo is a food delivery service that took Amsterdam by storm. This is an unbridled and in-depth look at the industry from the perspective of a rider.

Deliveroo was founded in 2013 in the UK by Will Shu and Greg Orlowski. Based in London, it operates in over two hundred cities across Europe and in Australia, Singapore, United Arab Emirates and Hong Kong. When they expanded to The Netherlands, Dutch company Thuisbezorgd was the only major food delivery service available. Competitor Foodora broke onto the scene first in Amsterdam in the summer of 2015. A few months later, Deliveroo entered the fray and UberEATS the following year.

The way Deliveroo works is pretty straightforward. An order is placed online by the customer and then prepared by the restaurant. The courier would pick up the order and deliver it on bike within 15 minutes. While the premise is simple, a lot has changed for the riders since its inception.

As a former employee and now a self-employed contract courier for Deliveroo, I have unique insights on the job. While I haven’t logged as many miles as other couriers, I’ve been quietly riding under the radar for two and half years which arguably makes me the longest consistently  contract courier for the company in The Netherlands. In that time, I’ve been able to witness the metamorphosis from being a paid employee to the controversial new freelance model and how it has affected the way a courier works. 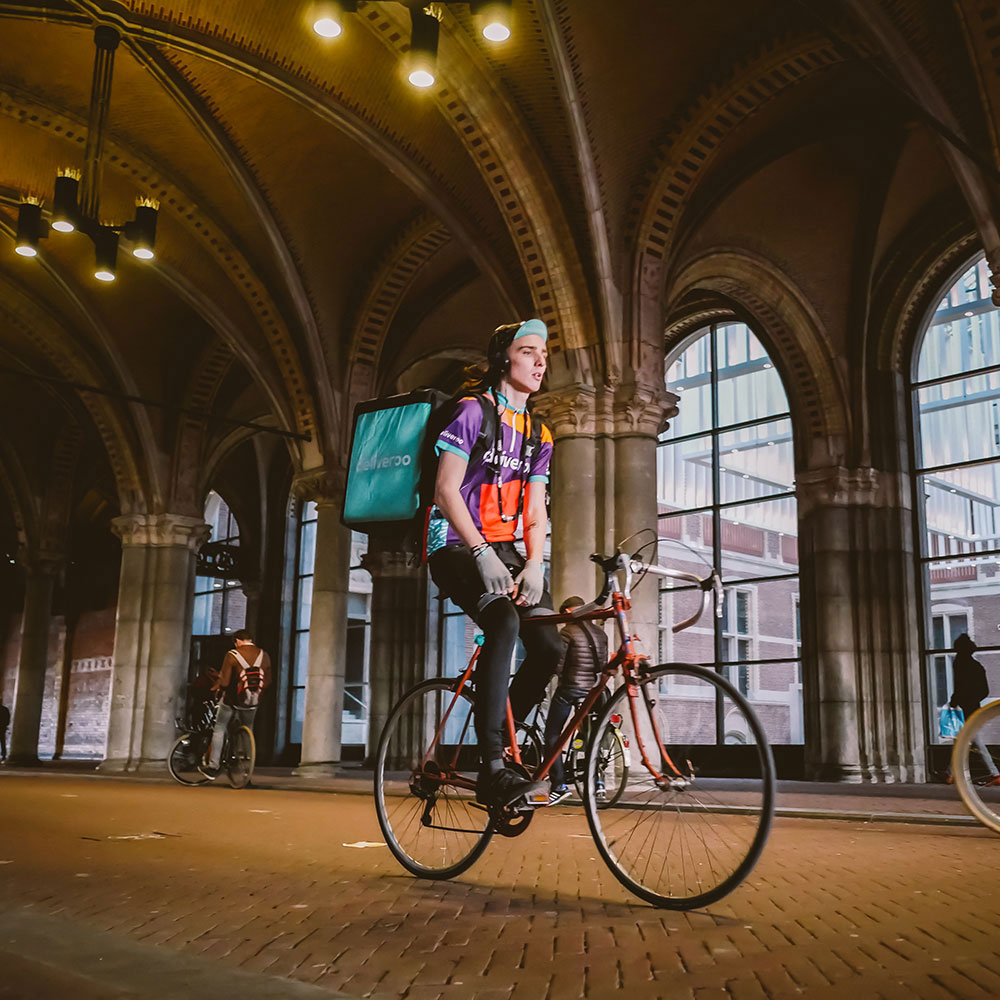 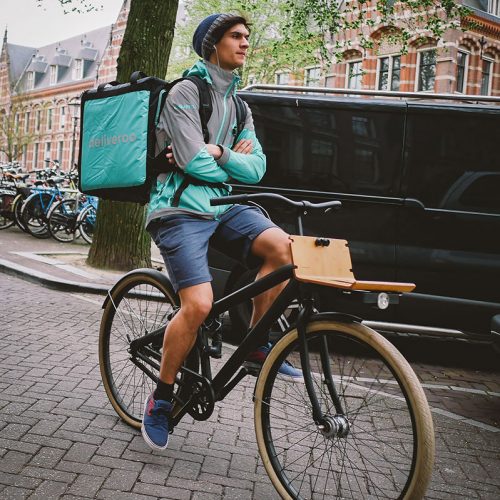 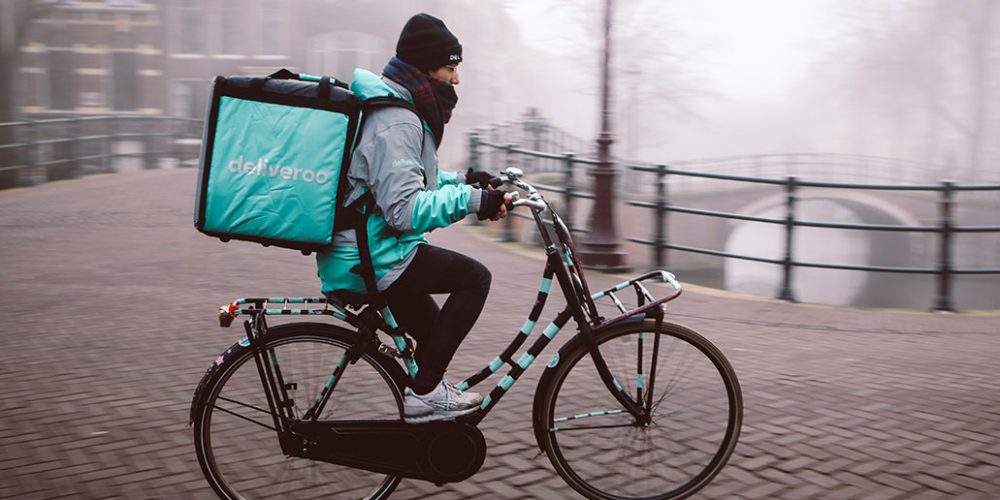 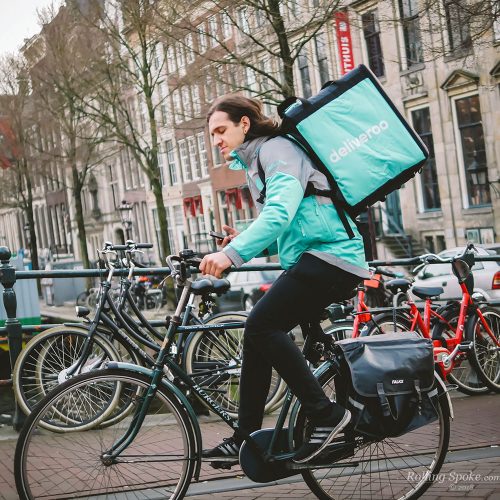 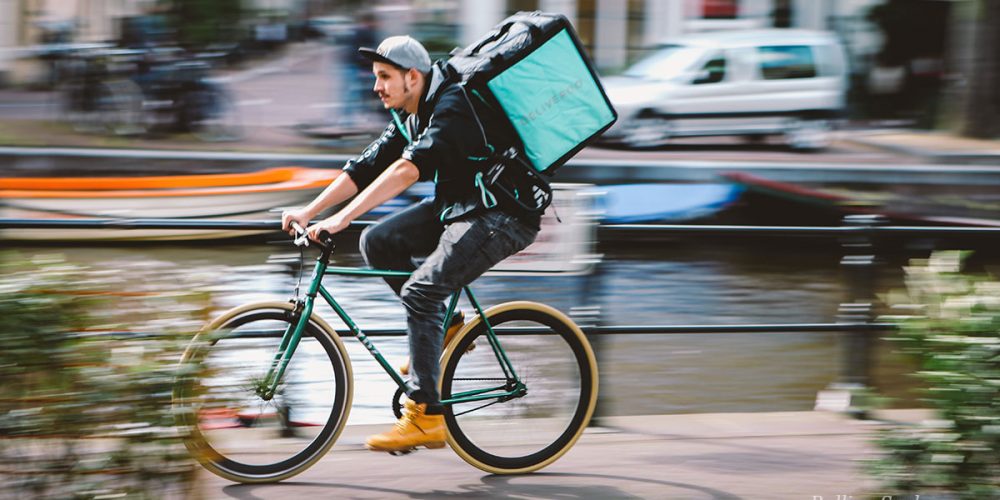 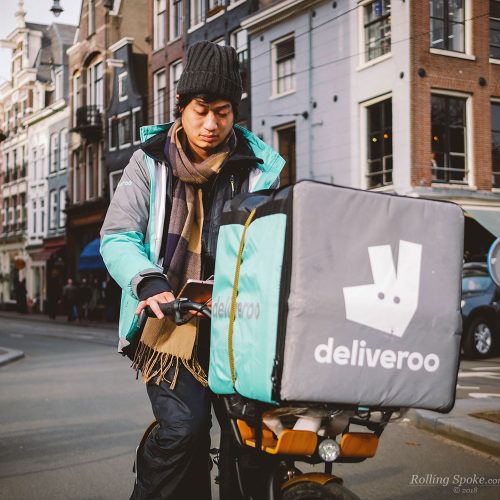 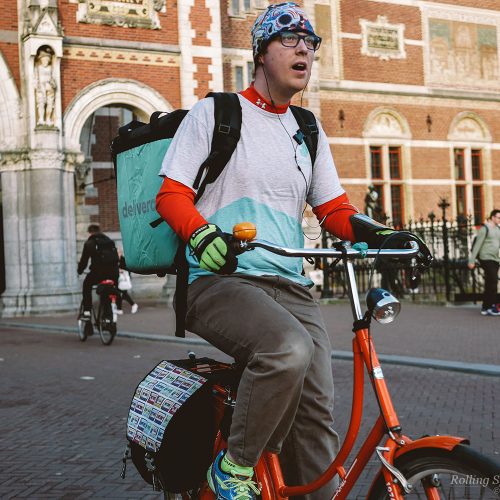 I joined the team in April of 2016 in the midst of a massive hiring spree. After doing a test run with a lead driver, I was officially signed on as an employee on a 6 month contract that was renewable after its term. I was outfitted with a t-shirt, cycling jersey, jacket, rain pants, powerbank charger along with a thermal bag and a delivery box. It was mandatory for all couriers to wear the branded clothing and to wear the box and this was enforced by the lead riders.

New hires were provided a link to install the Deliveroo App onto their smartphones and given access to the online scheduling system. There were various shifts throughout the day, from 8:30 a.m. to 10:30 p.m. and typically around 3 hours in length. Riders were free to choose how many shifts they wanted as well as which zone to work in. There were tweaks made over time which introduced requirements such as having to apply to at least one evening shift per week, later changed to working at least one evening shift on the weekend to meet the demands during busy hours.

If someone had to give up a shift for whatever reason, they would put it for a swap otherwise they were required to work. In the case of illness, they had to call in the morning prior to the scheduled shift. I found there was always someone who would snatch up a swap, even with relatively short notice.

The pay was roughly €9 per hour along with bonuses and tips. During peak times, particularly in the early evening, riders could average between two to three orders per hour. With a little luck, four orders was attainable. Overall the gig was stress-free with the only real aggravation came from getting a flat tire. It was a perfect way to supplement my income while getting a little exercise, fresh air and doing something I enjoy, simply riding a bike.

The Golden Age of Deliveroo

For the next two years, many would refer to this as the golden age of Deliveroo. Riders numbered in the hundreds in Amsterdam and the business of food delivery service spread like a California wildfire. It was next to impossible to bike anywhere in city and not see someone clad in black and teal with a delivery box.

Even though we worked independently, it was also a sociable gig as clusters of riders could be seen at restaurants or socializing in various spots around the city while waiting for orders. It was also not without its humour even when working alone. 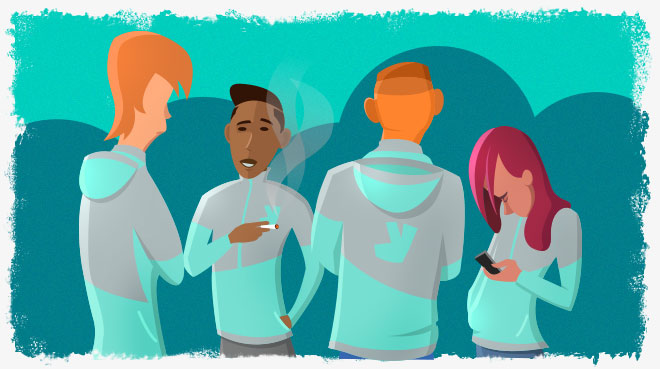 Among my highlights were trying to figure out how some Dutch doorbells work, having a customer profusely apologize for not have any other tip money, only to proceed in dumping a bowl of 10 cent coins totalling €5 into my hands. Then there are times I had to look to the lighter side of things such as when I got hit in the back of the head with a pink soccer ball or laughed at by tourists after getting stuck coming out of a Krul (public urinal) while still wearing the box on my back. 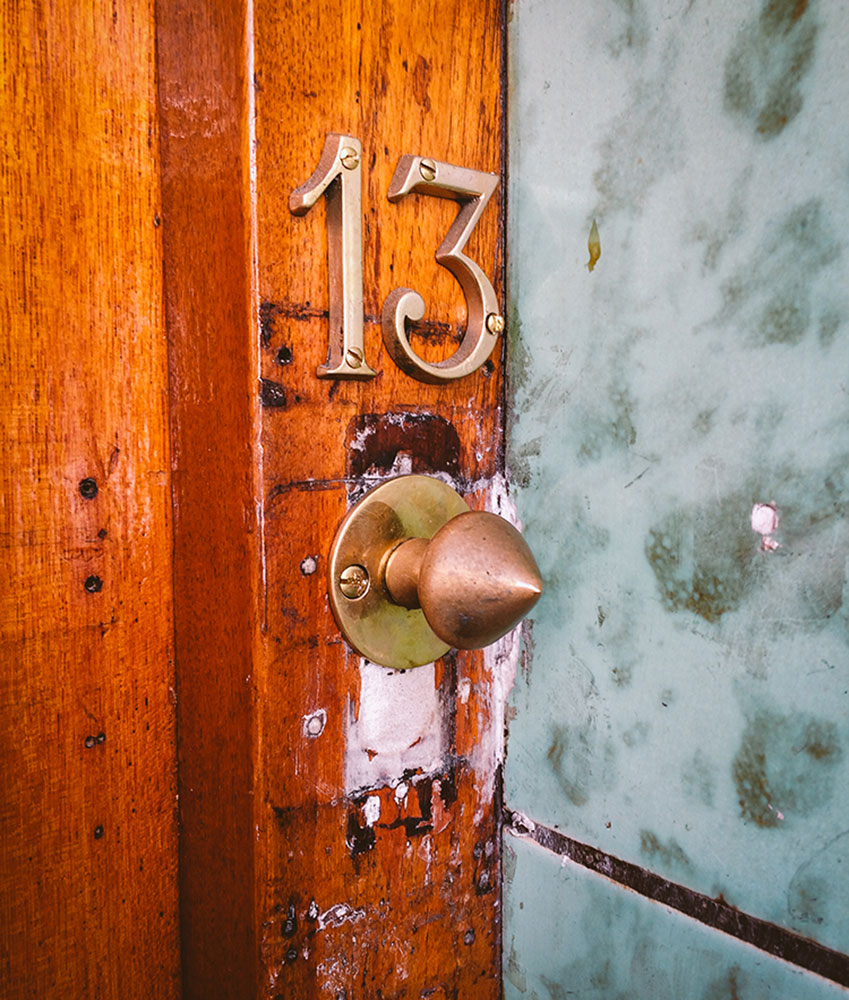 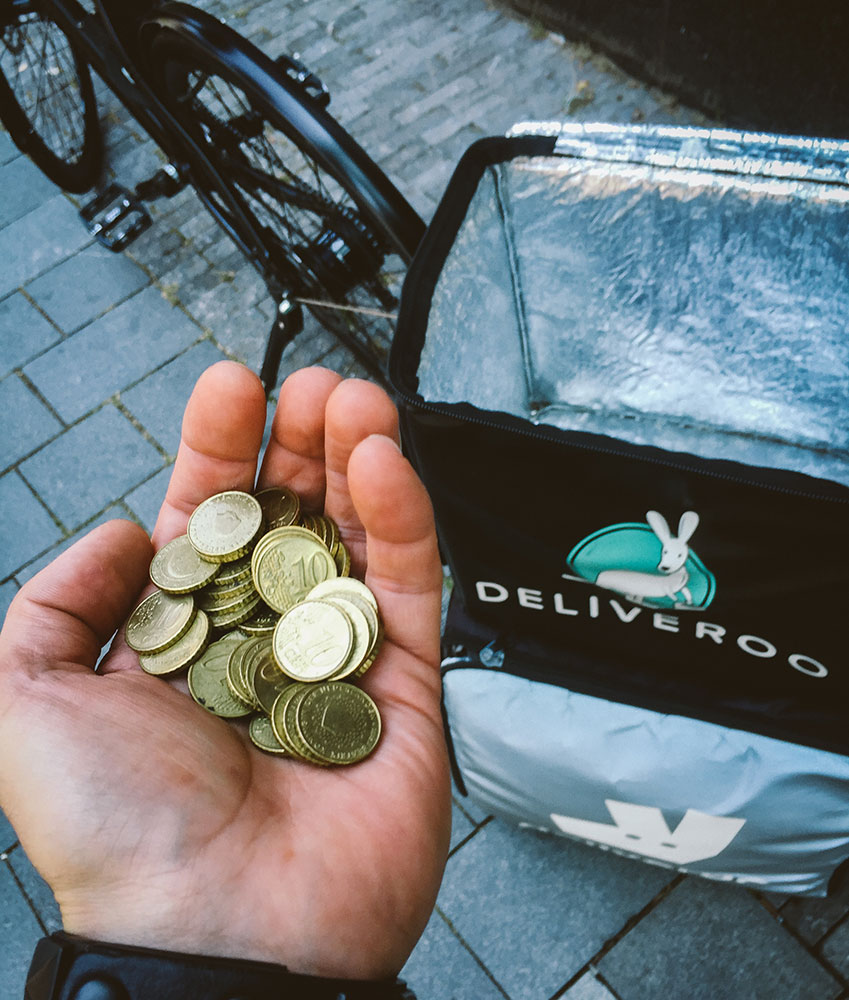 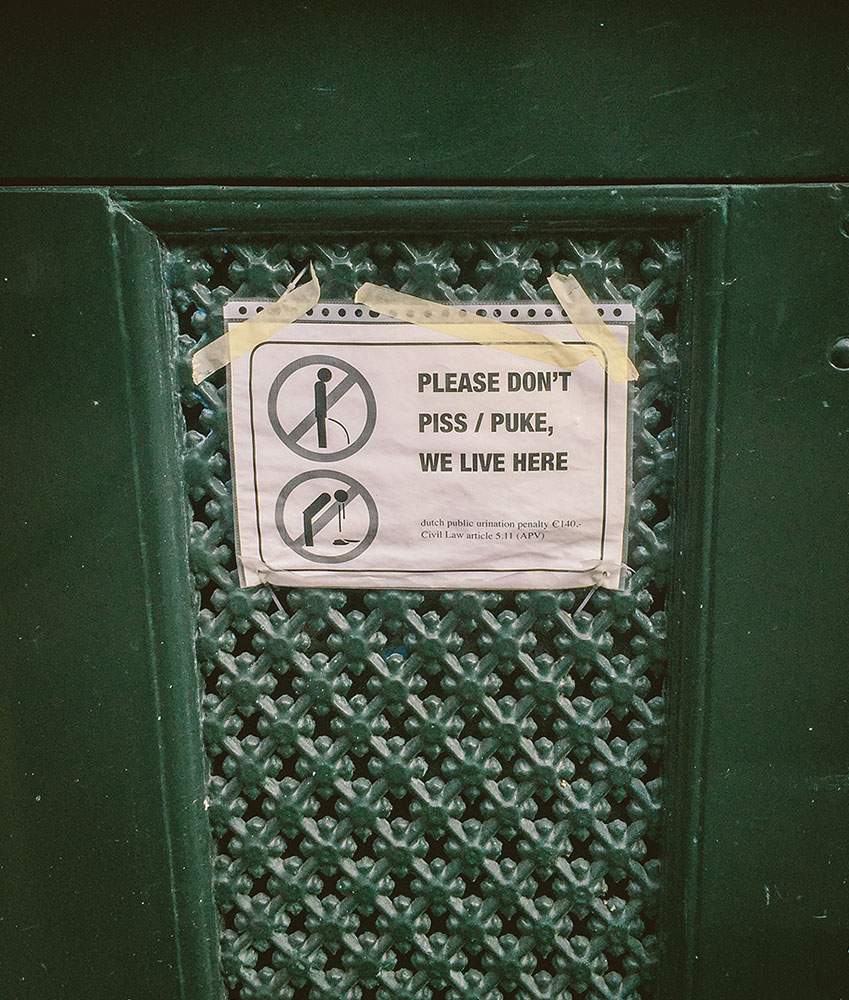 A notice for all

But one of the best aspects of the gig came from the camaraderie among couriers. It was common practice to make a gesture of acknowledgment when passing a fellow rider on the street. Deliveroo also did their best to address questions and concerns by having an open door policy. There was a clear effort to promote solidarity with social events, contests and the introduction of performance rankings based on time factors and deliveries.

There were some kinks to work out along the way and new house rules introduced to adhere to company standards and the image (“Don’t go into a coffee shop to buy cannabis while wearing your Deliveroo jacket.”) Otherwise it ultimately remained a fun job. It was a perfect way to supplement my income while getting a little exercise, fresh air and doing something I enjoy, simply riding a bike.

There are also some small perks of a personal nature such as integrating some of my hobbies. Among them is my interest in urban exploration. Discovering new neighbourhoods, intriguing spots, making my way through a cool building or courtyard and observing how people live is a great way to immerse yourself in the energy of the city. Thanks to this gig, I can confidently say that there hasn’t been a street I haven’t rode down within the ring in Amsterdam.

On shifts where I suspected I would get few orders, I brought along my camera underneath my jacket. It was great opportunity to shoot street photography, study light at certain times of the day and make some bike portraits. Many of my shots were captured while working. During warmer months, I would sit in the park writing a blog post or working on other material. Either way, I was always looking to maximize my time while waiting for orders. 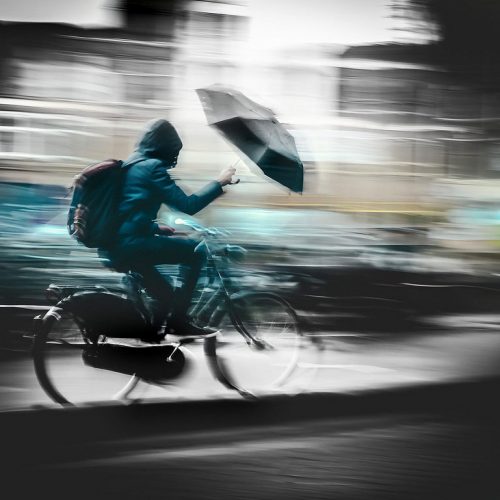 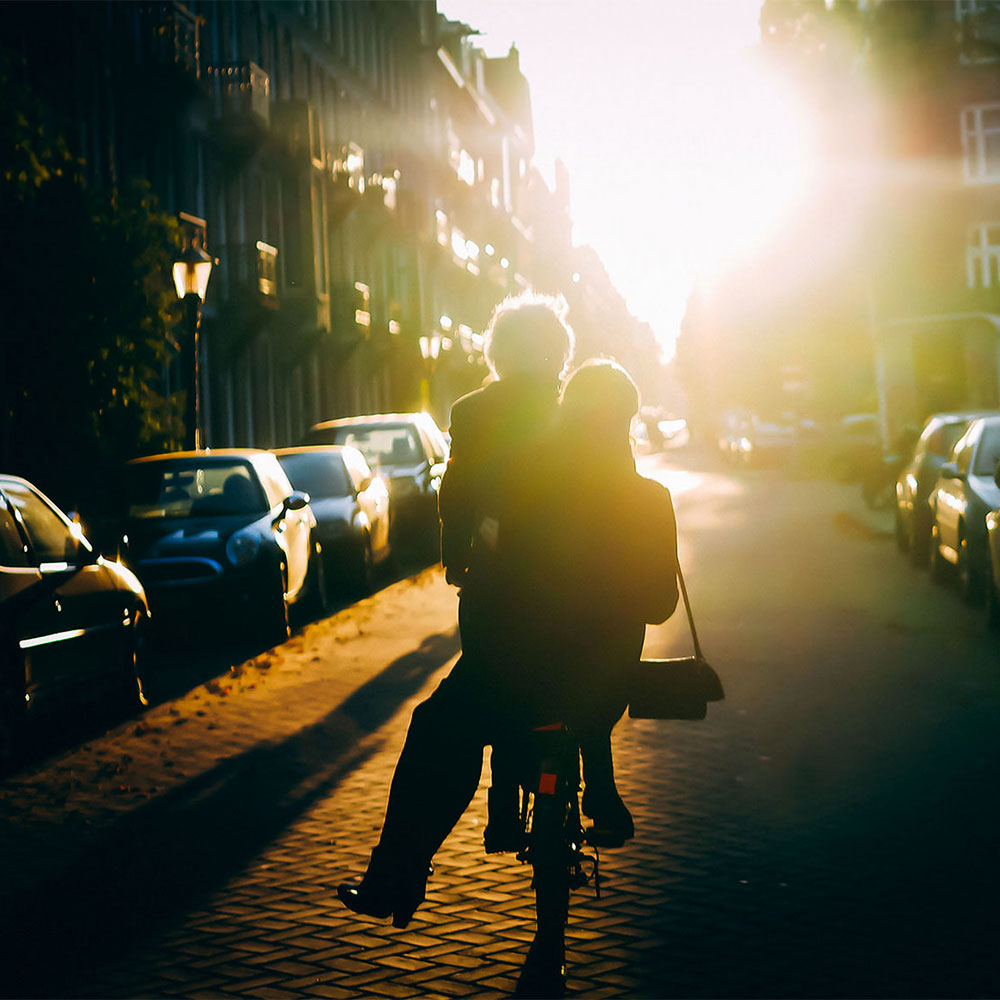 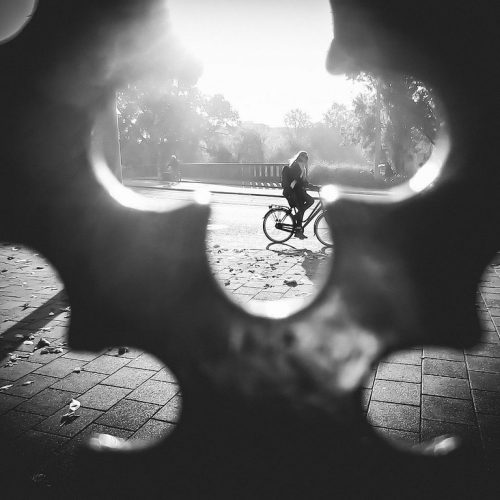 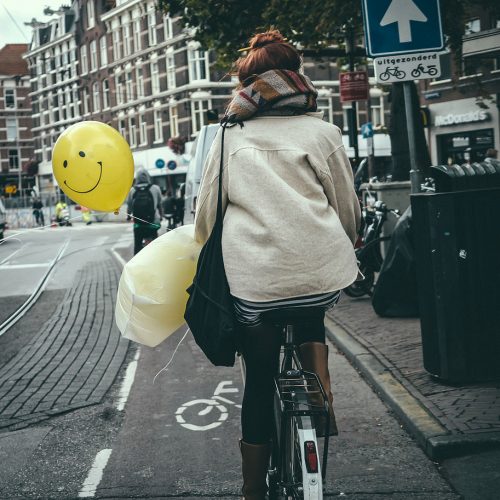 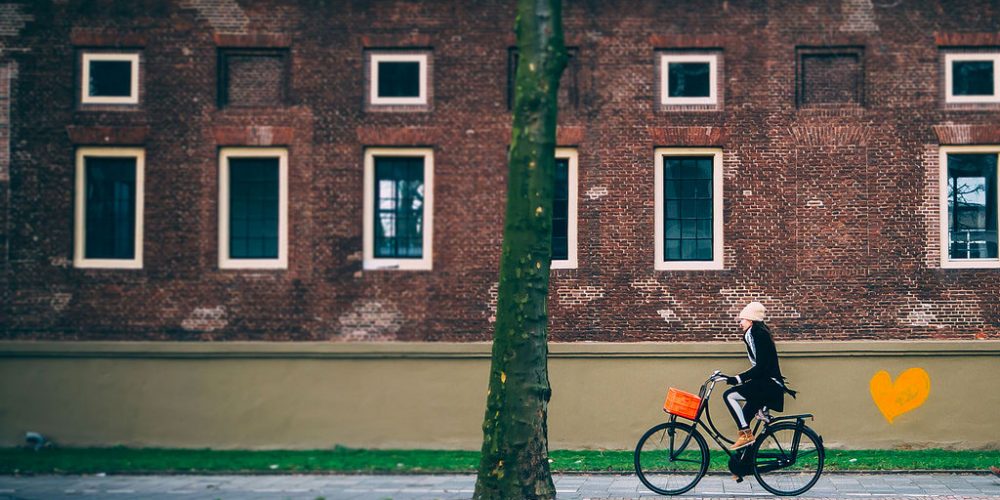 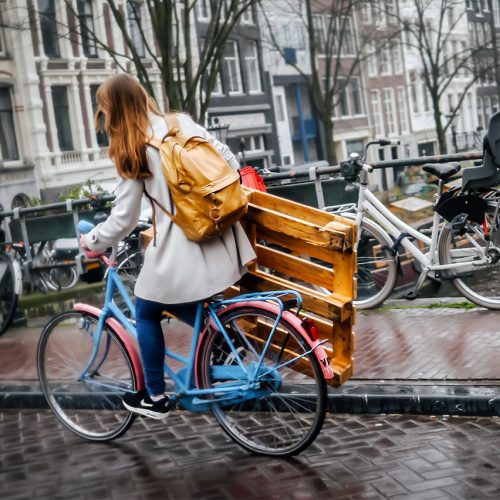 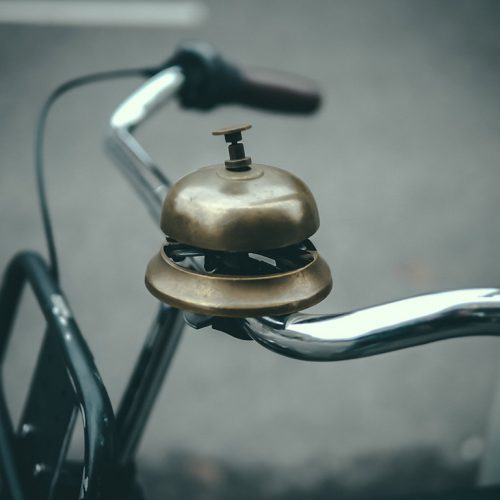 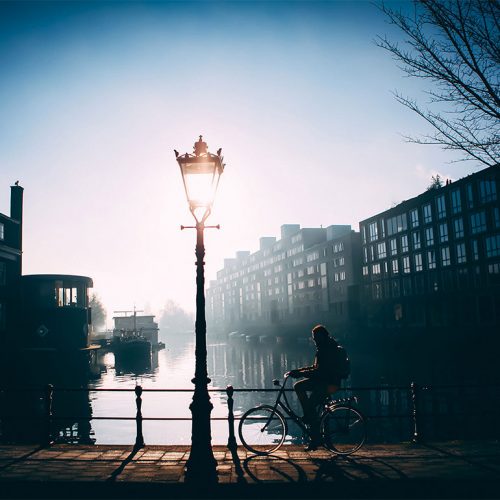 But with this idle time, it had me wonder how the company can afford to pay all their riders, not to mention the gear, support staff, office space, marketing and other additional operational costs while aiming to turn a profit. There is a €2,50 delivery fee paid by the customer, yet Deliveroo would pay me €27 while working a 3 hour late afternoon shift in Oost (East zone) though I did just one order. Without knowing how much of cut Deliveroo gets in their contract with restaurants, the numbers just weren’t adding up even with orders during peak hours were taken into consideration.

It would seem that a new system was inevitable. The first indication that something was on the horizon came from periodic surveys sent out to all the drivers. “Would you consider a model in which you get paid per drop?” is a pretty clear indication of gathering a census before an impending change.

In may of 2017, Deliveroo began to experiment with new ZZP model across cities in South Holland (ZZP stands for Zelfstandig Zonder Personeel, which means that someone who becomes a self-employed.) While there were several concerns raised by riders during the pilot run requiring immediate changes, Deliveroo stated that “We’ve found that 8 in 10 riders working on the fee per delivery payment model believe that this way of working gives them the freedom to fit work around their life.” It was clear the writing was on the wall and that a new delivery model affecting all riders was on its way. 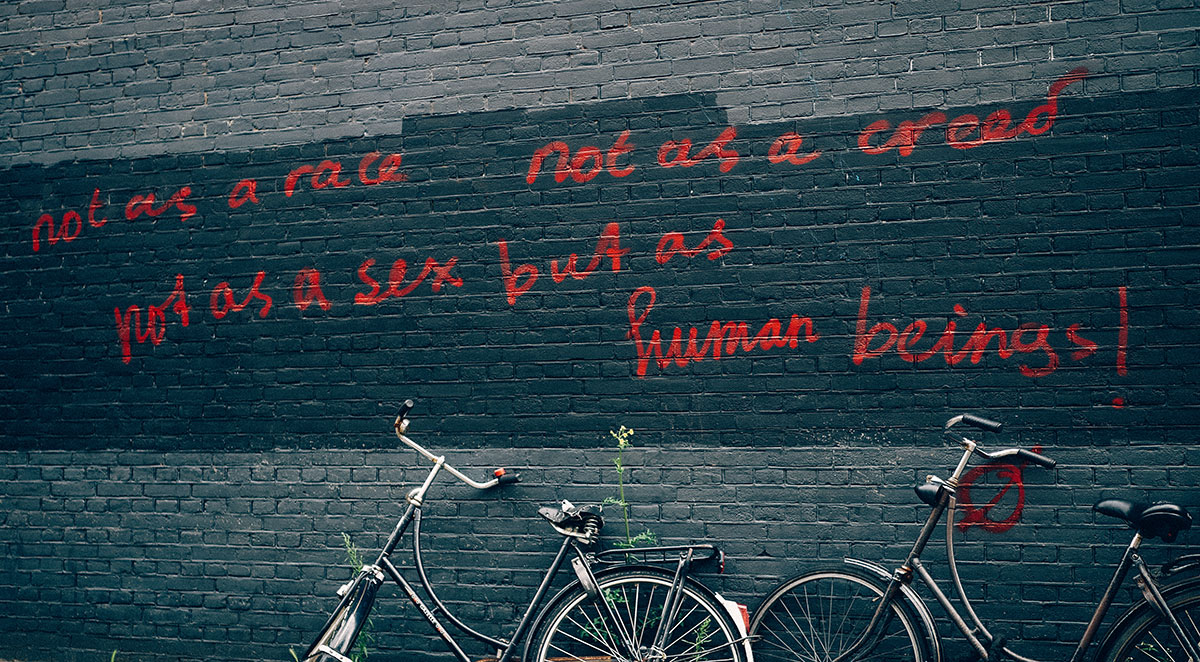 The writing was on the wall

There is also a caveat under Dutch Law in which an employer has to officially offer full-time employment along with related benefits to anyone who has worked twenty-three consecutive months of contracts. With that in mind, it was announced in August of 2017 that they will no longer be extending contracts. February 1, 2018 was the date set in which all employment contracts would end, though Deliveroo would honour whatever was left of any remaining employment agreement.

By the end of March of this year, I was an endangered species as one of the handful of employed couriers left in Amsterdam. Resistance by riders was fierce, but Deliveroo was determined to push through with the implementation of self-employment freelance contractors. In part two, I will outline some of the concerns, my transition into the ZZP model and how it has completely reshaped the landscape and experience of the Deliveroo rider.