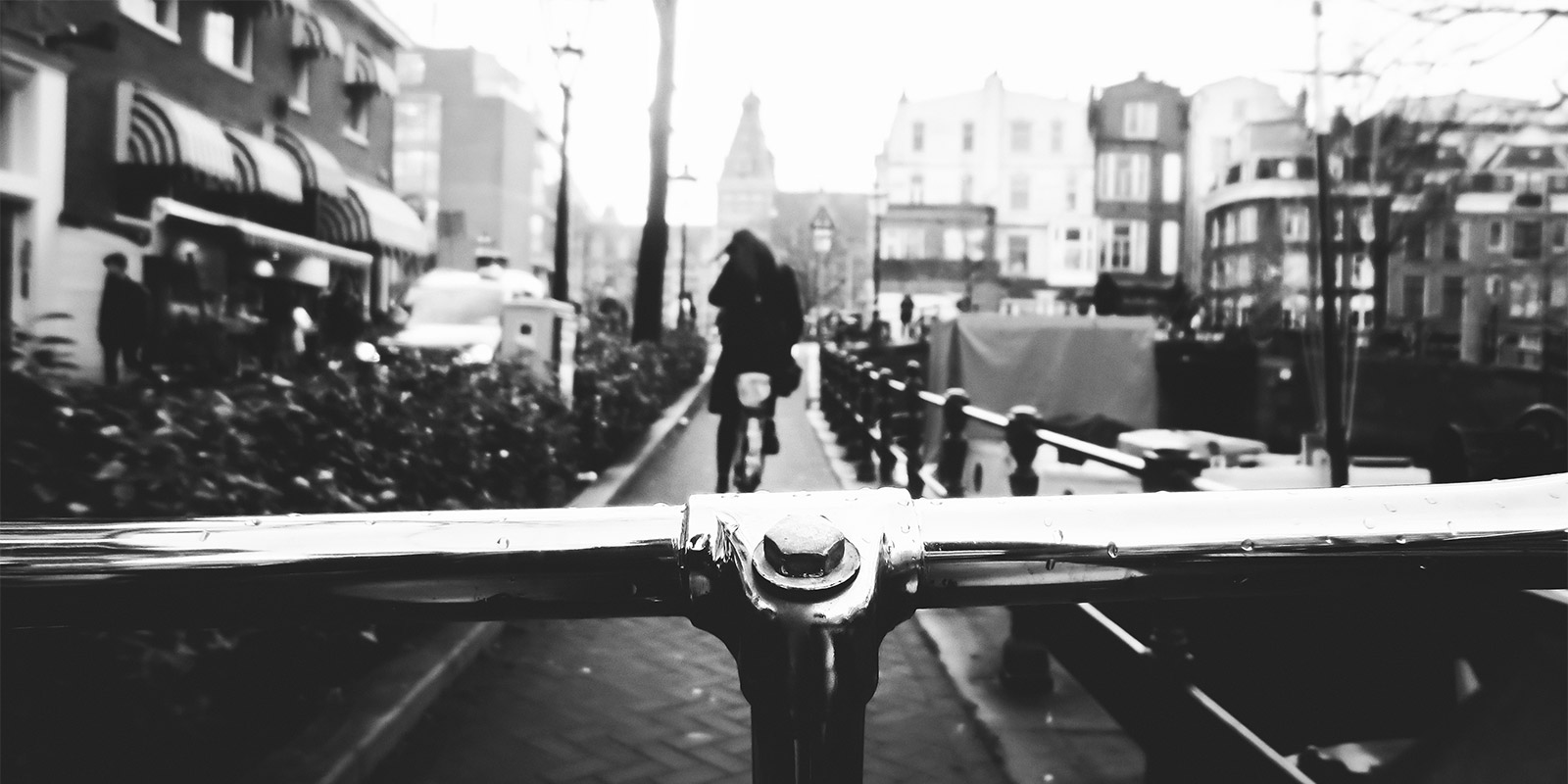 Double riding (a.k.a. “dinking” in Dutch) is a common method of bicycling in Amsterdam.


When I first witnessed someone ride a bike with another passenger seated on the back rack, I initially thought this was a bit careless, perhaps even a bit pretentious. Afterall, no one ever cycles in Toronto with someone sitting on their back rack. 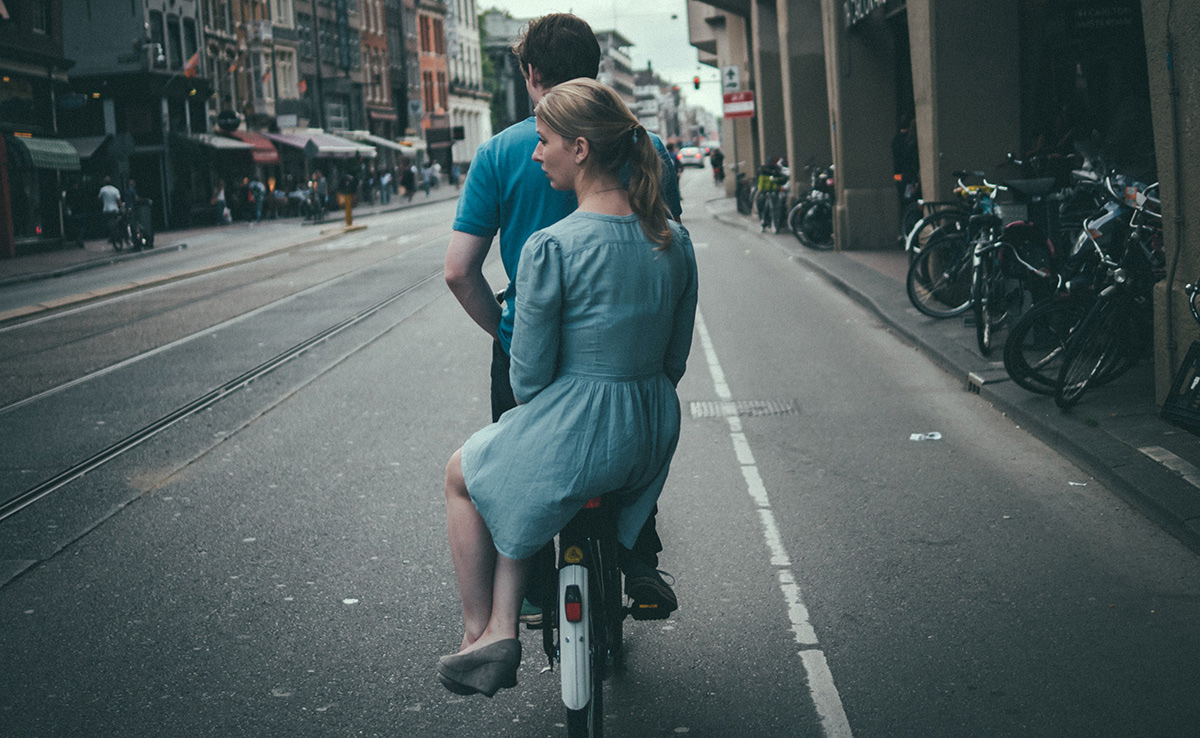 Just a normal habit among the locals

But when I realized that this normal habit among the locals in Amsterdam, it only contributed to another mild form of culture shock. When you see two people conversing, while cycling with such ease and grace, I knew that they know something I don’t.
That is the complete mastery of their bike while enjoying the company of a friend or family member. Cycling in Amsterdam just isn’t a mode of transportation, it’s a lifestyle, embedded in a culture that makes sense of such things.
As time went on, my affinity for double riding grew to the point that I conducted a survey on the different forms of double riding. In this series of the Rear View Wheel, I take the perspective of what it looks like from the bike lane when people ride the most common way of double riding, the side-saddle. 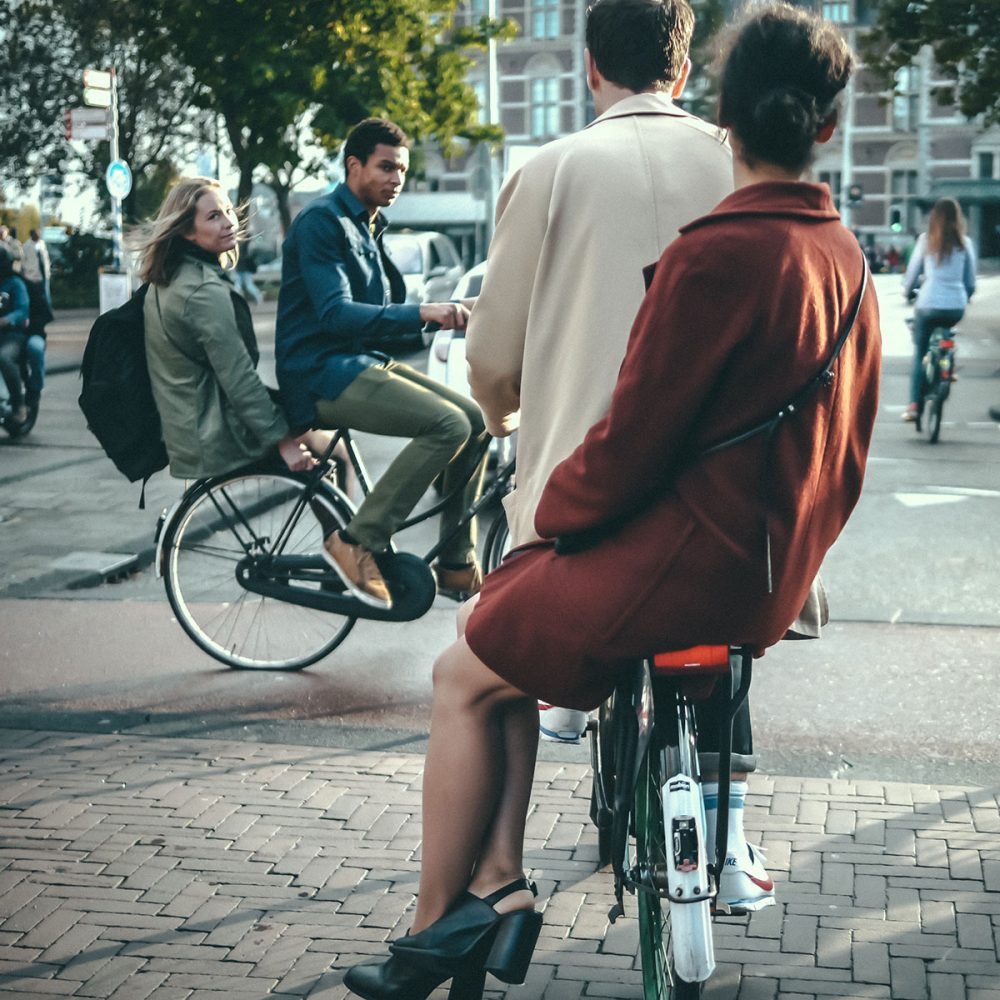 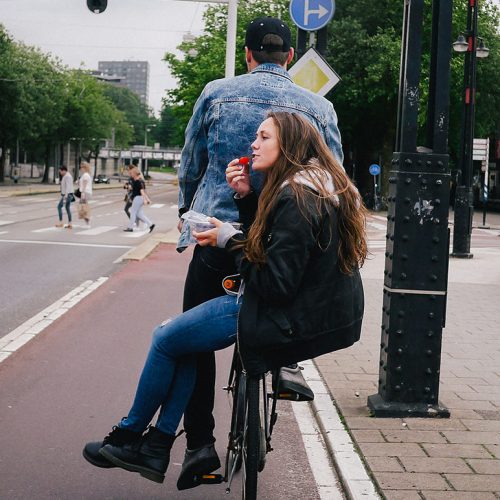 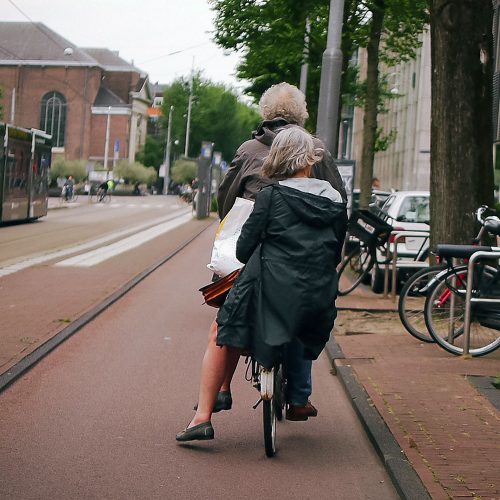 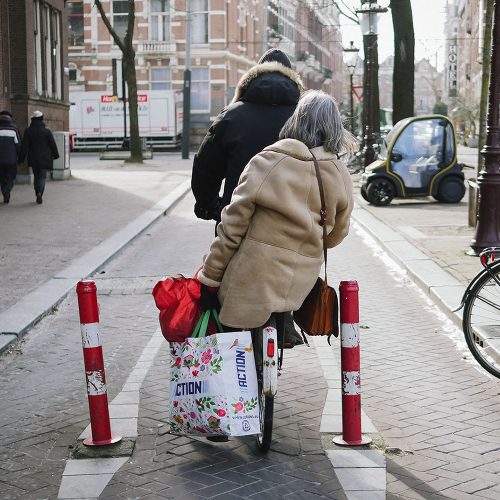 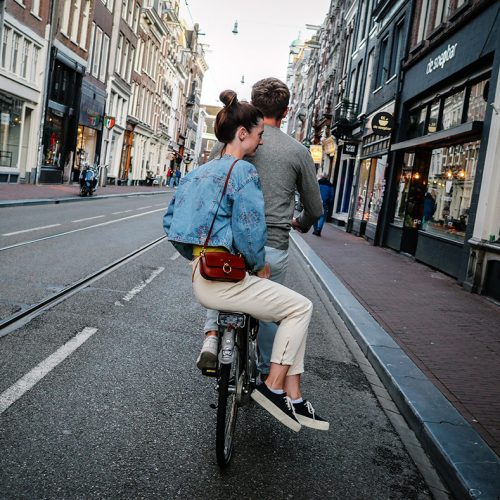 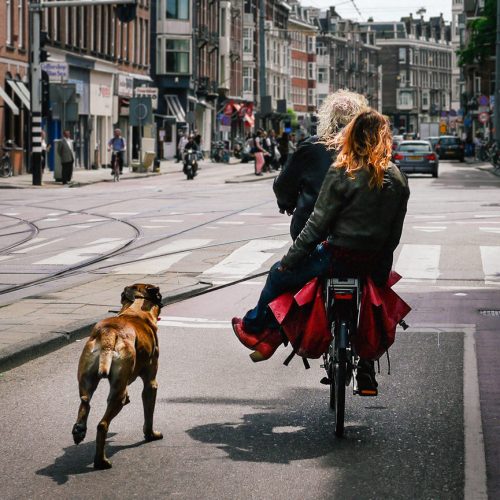 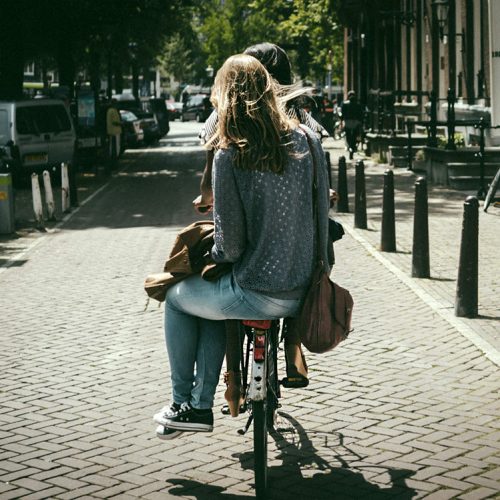 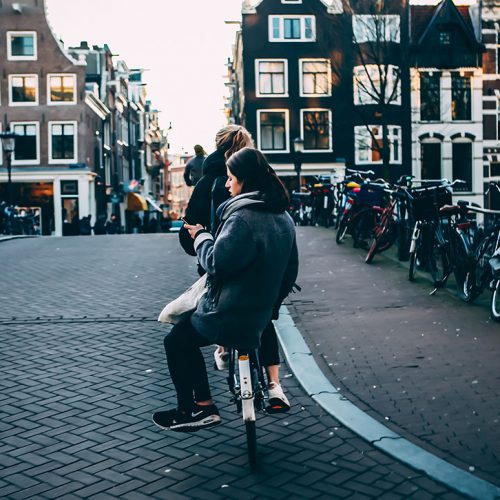