The choice of what kind of bicycle to ride can be culturally influenced. Especially in the city where identity and status is often just as important as practically.

The vague definition for a hipster are those who are a part of a subculture and set themselves outside of the cultural mainstream. What type of bike they ride is an important decision because the goal of the hipster is to attract other hipsters.

In North America, fixie bikes with simple and bold designs is the choice for most hipsters. While this also true to an extent in The Netherlands, the choice of ride is often more subtle.

The photograph below was taken in De Pijp, the hipster capital of Amsterdam. The much sought after double top tube bike is a classic Dutch style, featuring a single speed coaster and flat bar. The bike is moderately decrepid (busted tail light, bent chain guard, rust spots) to ward off any suggestions that the hipster might be trying too hard.

The Vedett branded crate completes look. The Vedett pilsner was invented in 1945 and nearly forgotten for decades. In 2003, the Belgium Brewery Duvel relaunched the brand as a hip lager, aimed at hipsters in upscale urban bars.

Not everyone who rides a bike like this is a labelled a Hipster. Also, hipsters don’t like being labelled as Hipsters. In fact, you may be a hipster and not even know it. 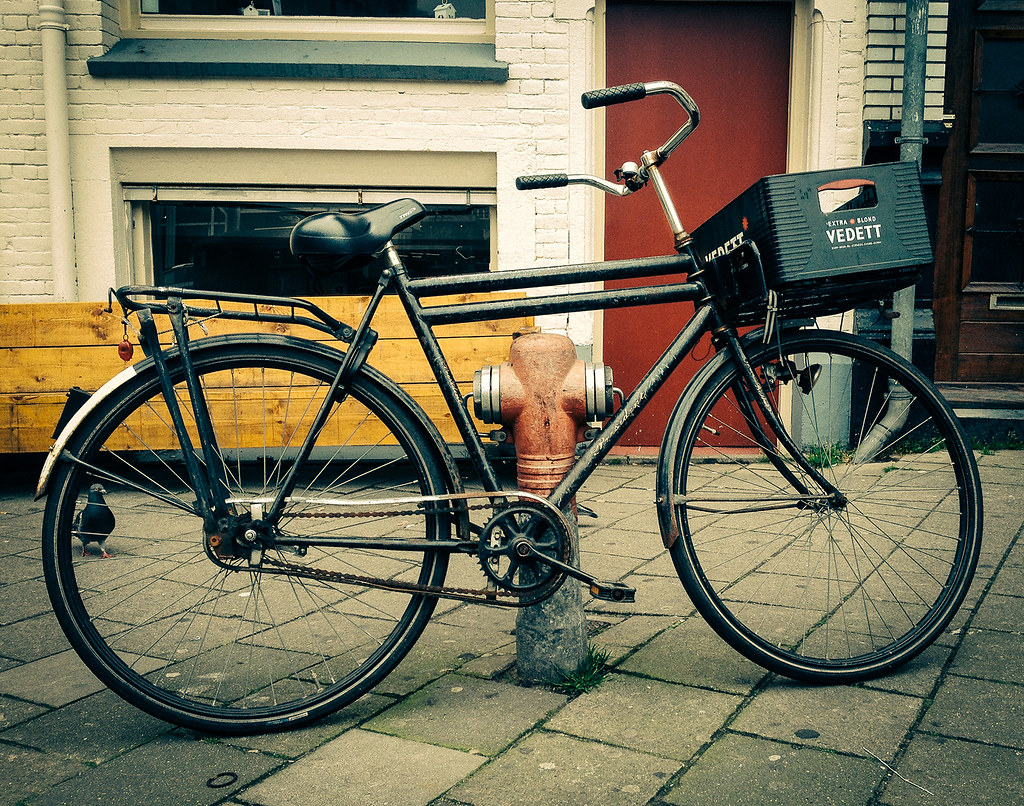