How to wear a bike lock

This isn’t a voyeuristic post on people’s butts. Rather it’s an inquisitive question at the most important bike accessory. How to wear a bike lock.

U-locks are the choice for most bicyclists in Toronto. They’re dependable, often come with an anti-theft guarantee and are suitable to use with the common ring post. In contrast, majority of people in Amsterdam use a heavy-duty chain-lock as it allows for the option to lock the bike to practically anything.

When I rode in Toronto, I mounted a bracket to my bike to carry the U-lock. While it was an improvement over the lock rattling around on my seat post, it caused enough noise that it was still an irritant. In search of a better solution, I began observing how other riders carry their locks .

Bicyclists that wear the U-lock, often stuffed in their pocket or used the belt strap to hold it in place. While I consider myself to have a well-formed arse, I just didn’t like the feeling of something weighing down on my pants. I also noticed that a far majority of these riders were men, so what did the women do?

Most of them carried it in their bag or purse. This led me to getting a satchel. It nicely distributed the weight while I also found it useful to carry other things like my camera. Plus satchels are cool. Indiana Jones had a satchel and I’ll be damned if he’s not cool.

Using a chain-lock like in Amsterdam is a simple solution. While a tiny fraction wore it around the waist or slung it over their shoulder, it was convenient to just wind it around the frame. Whatever little noise it made was of little concern for a casual ride.

However you choose to wear your lock, I simply ask that you be kind to the guy you may think is taking a photo of your ass. 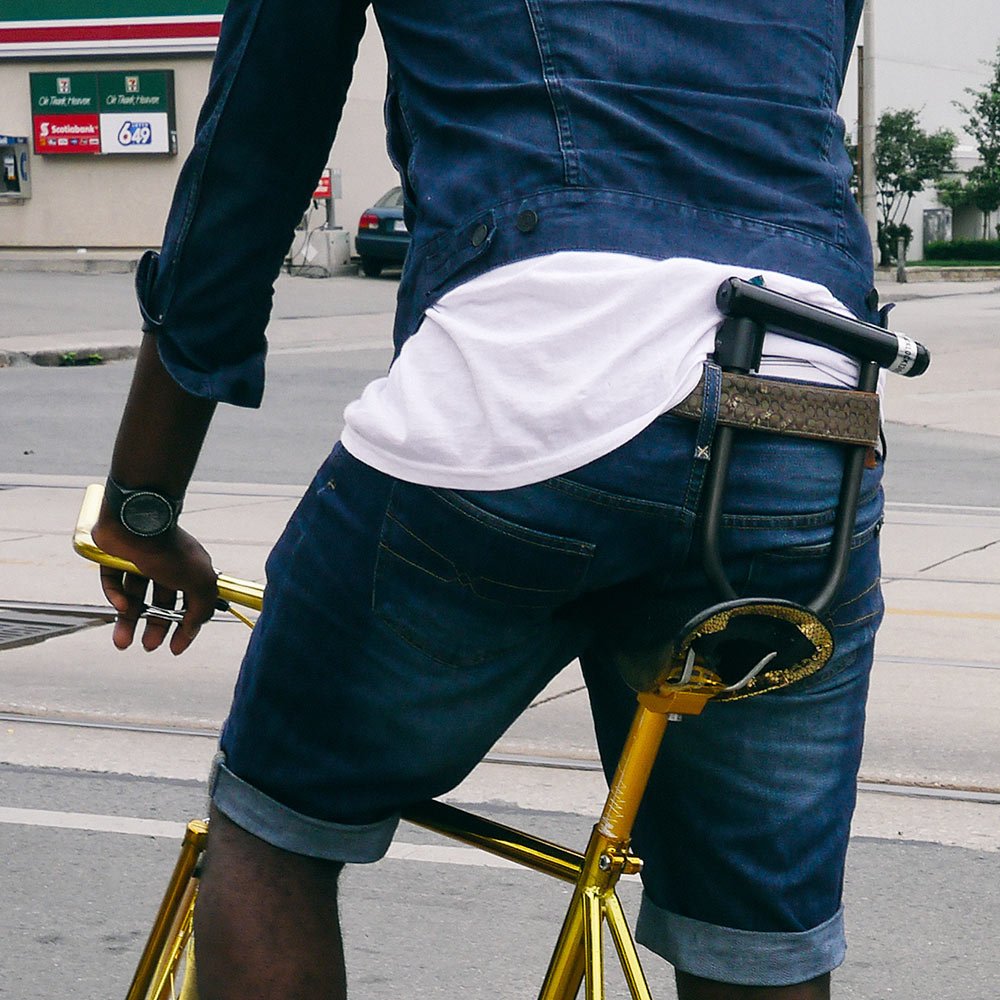 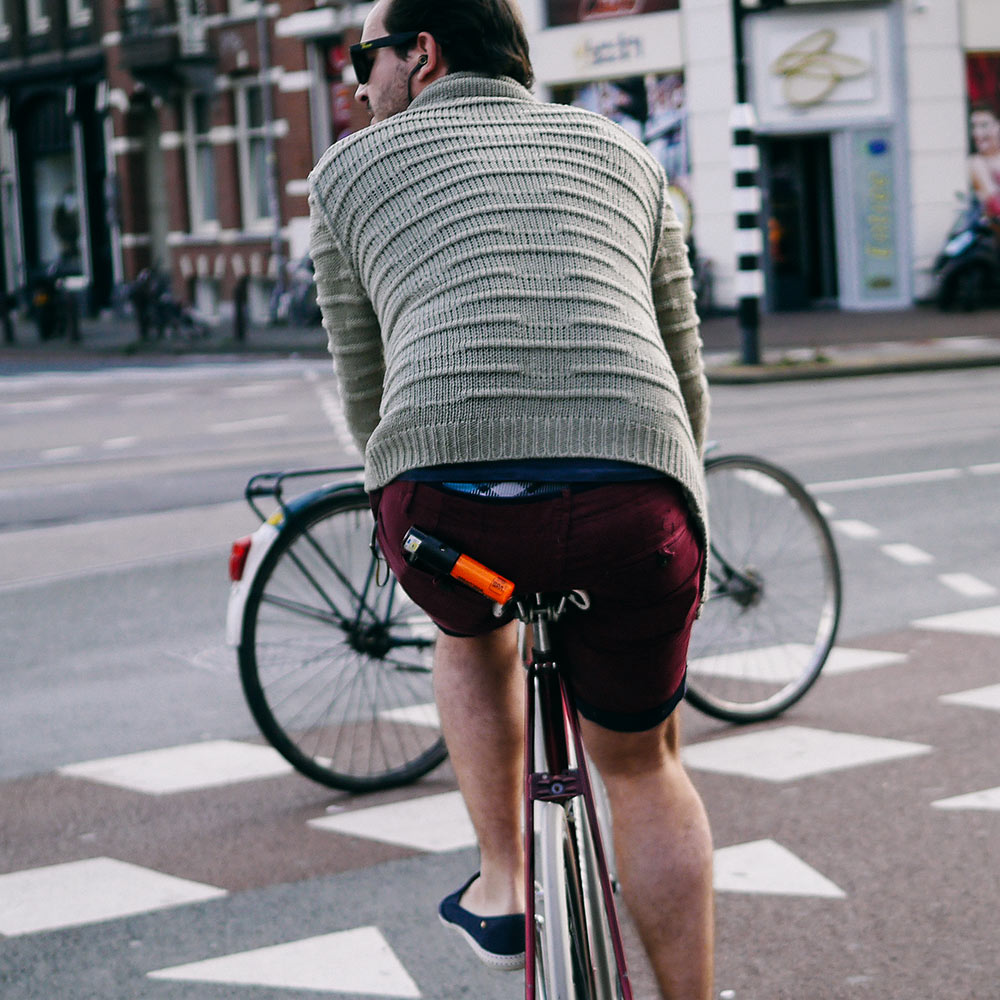 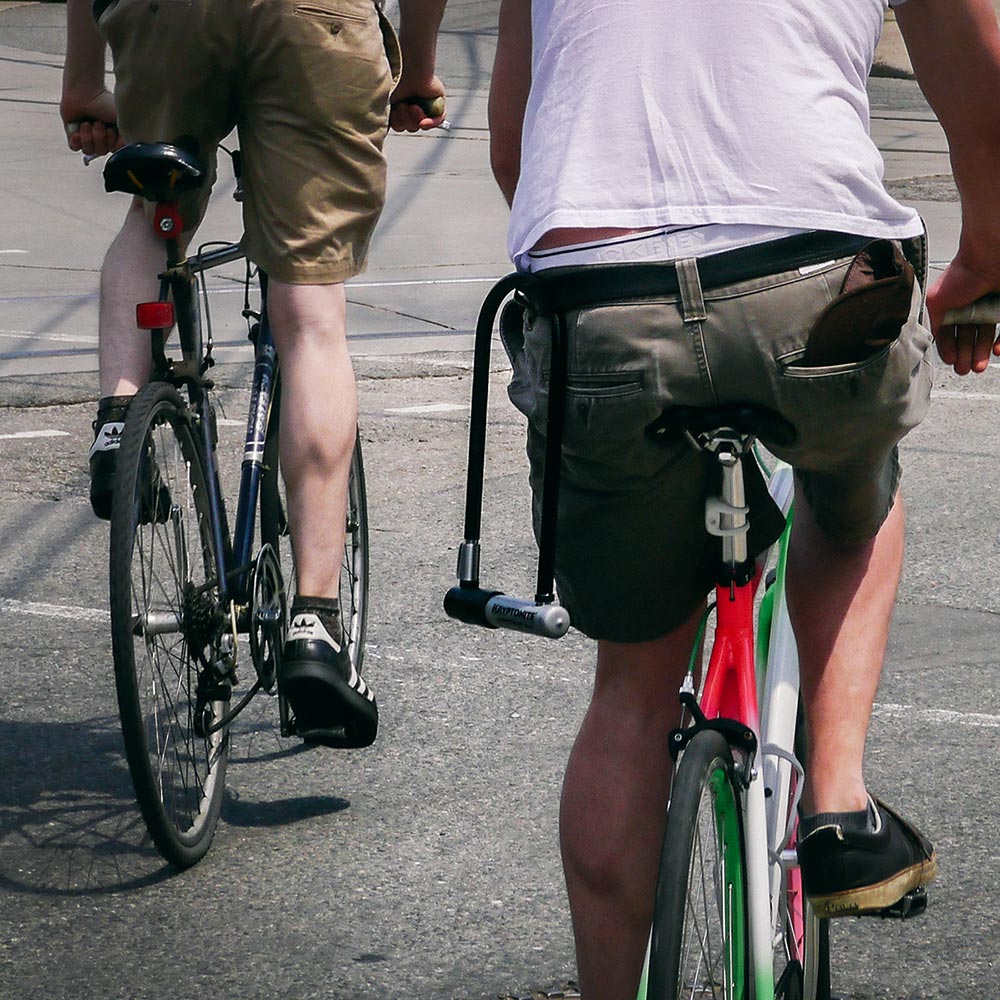 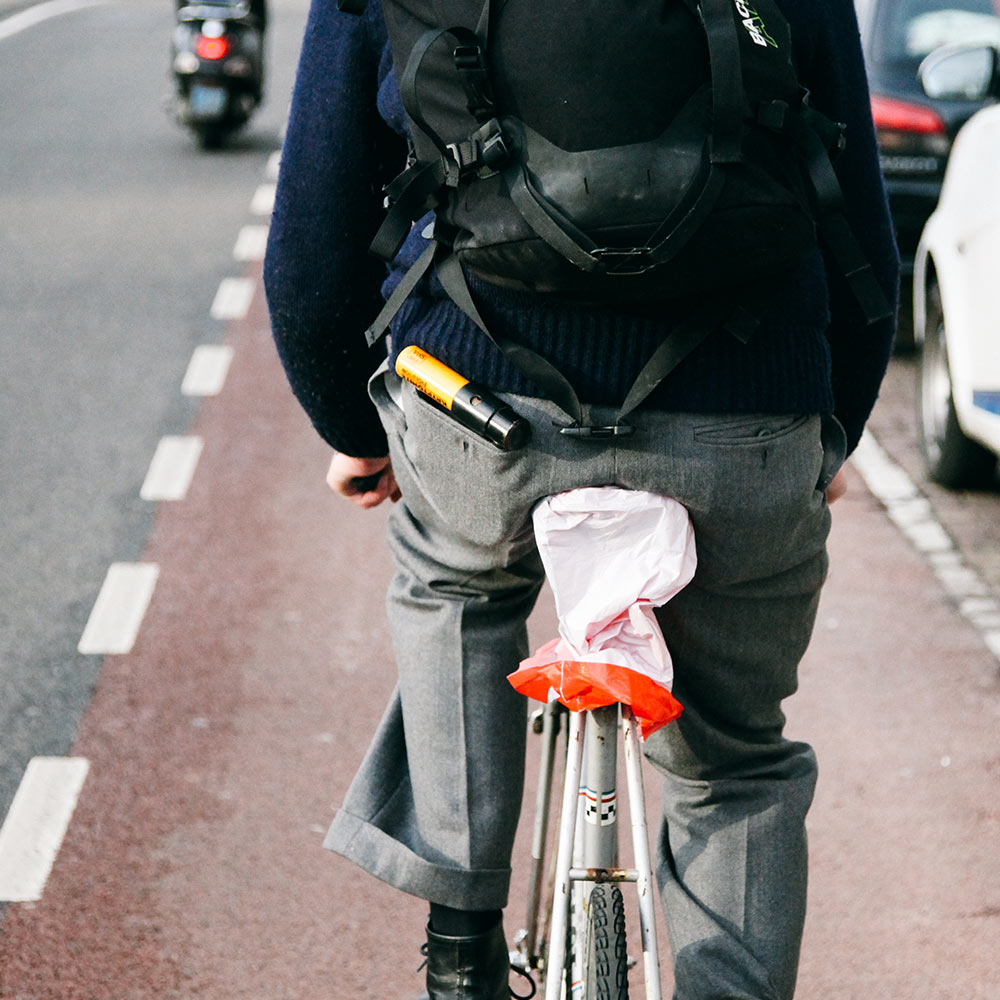 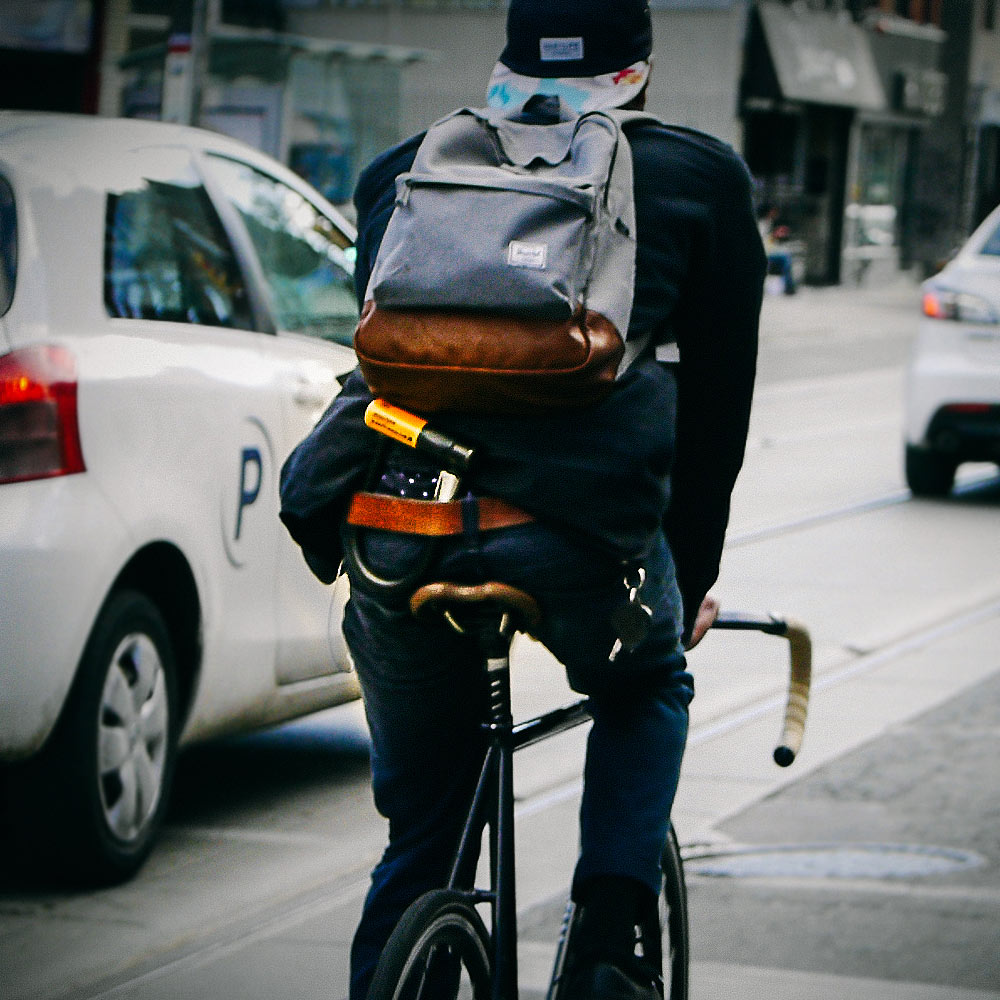 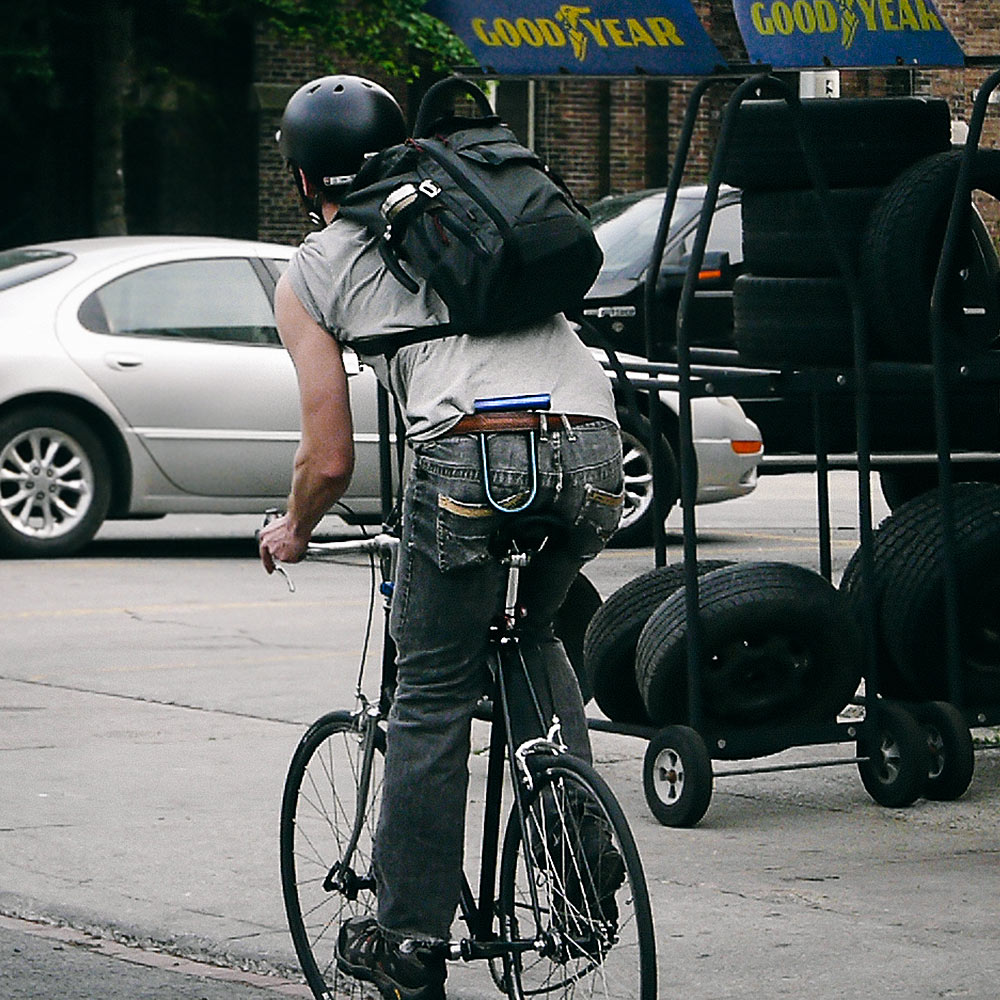 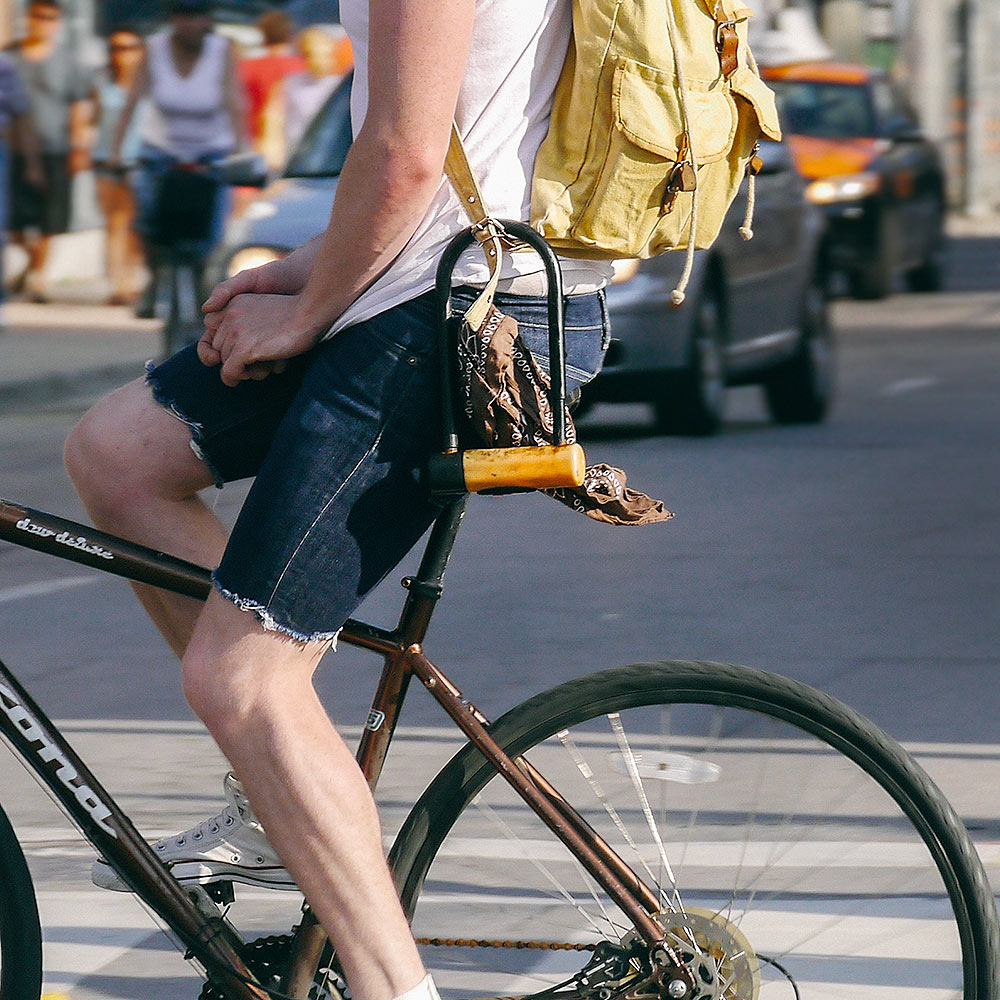 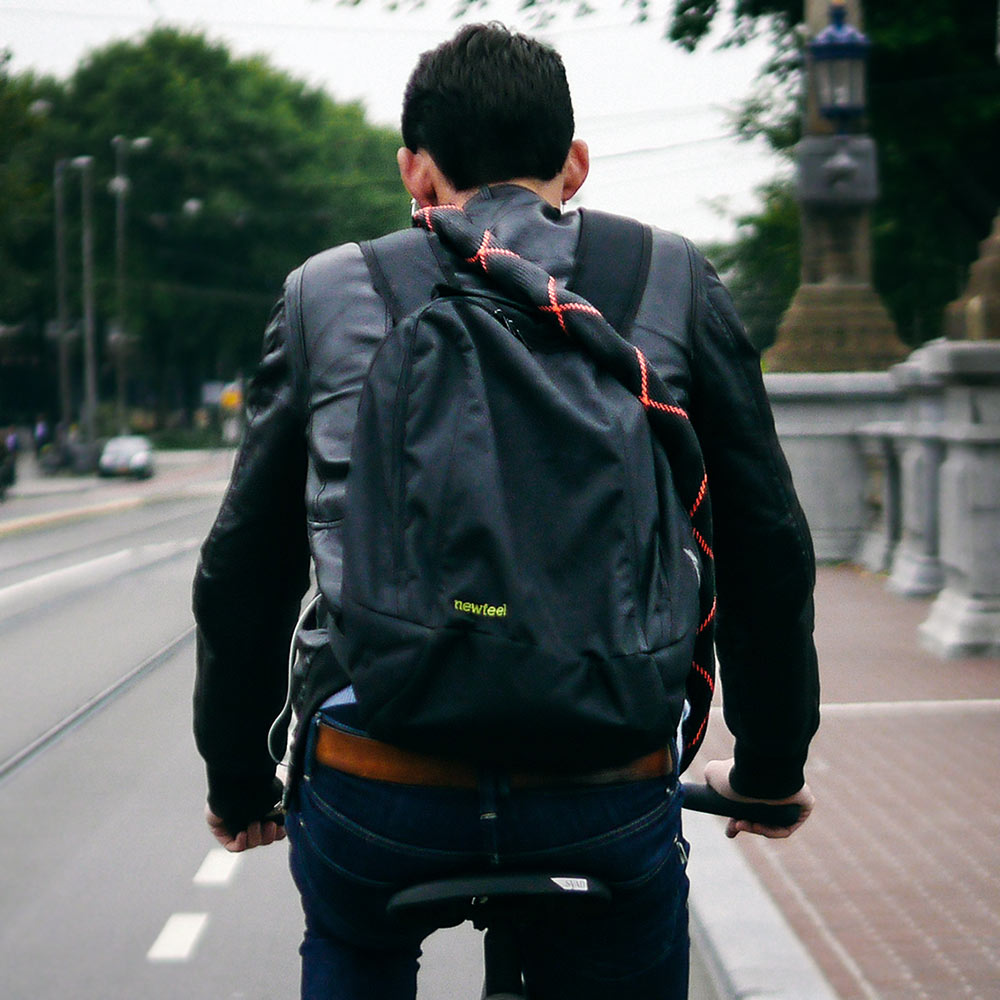 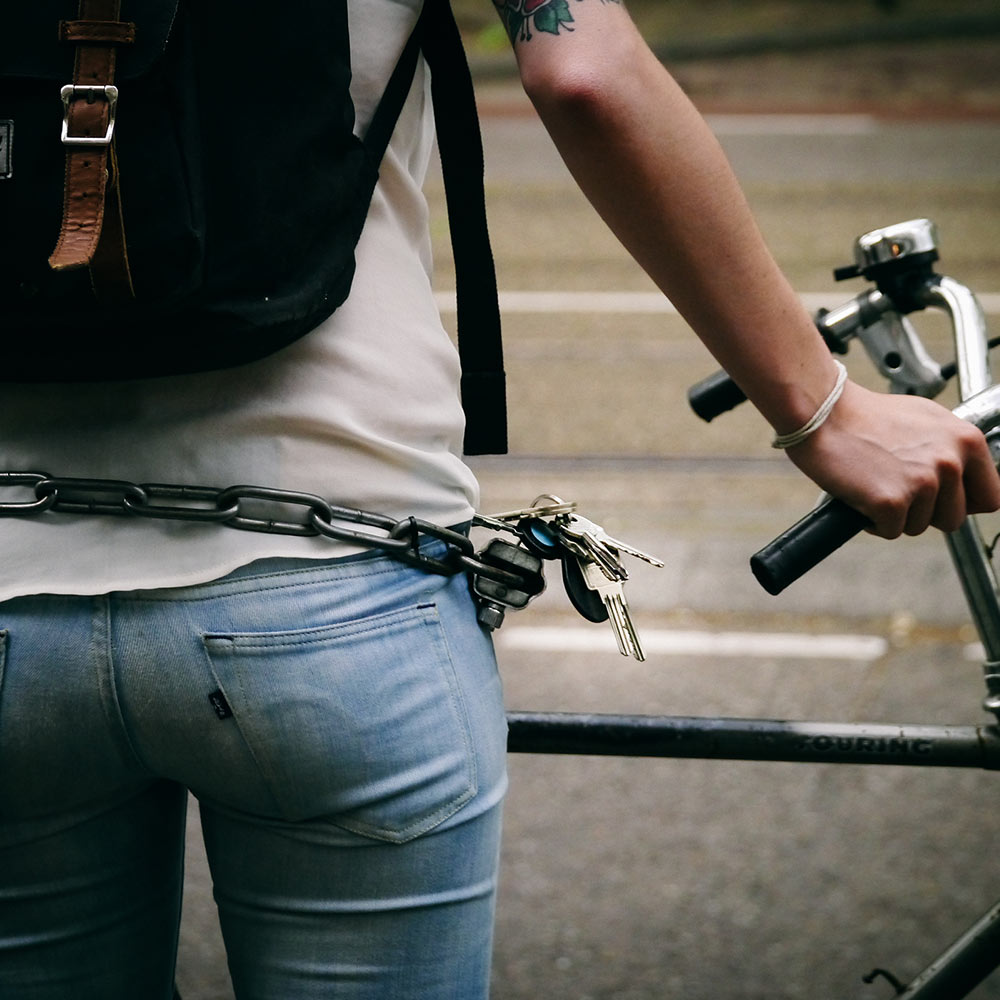