Every so often, an innovative idea is born ahead of its time. I stumbled upon one such example at the IJ-Hallen flea market in Amsterdam. The Itera plastic bike. 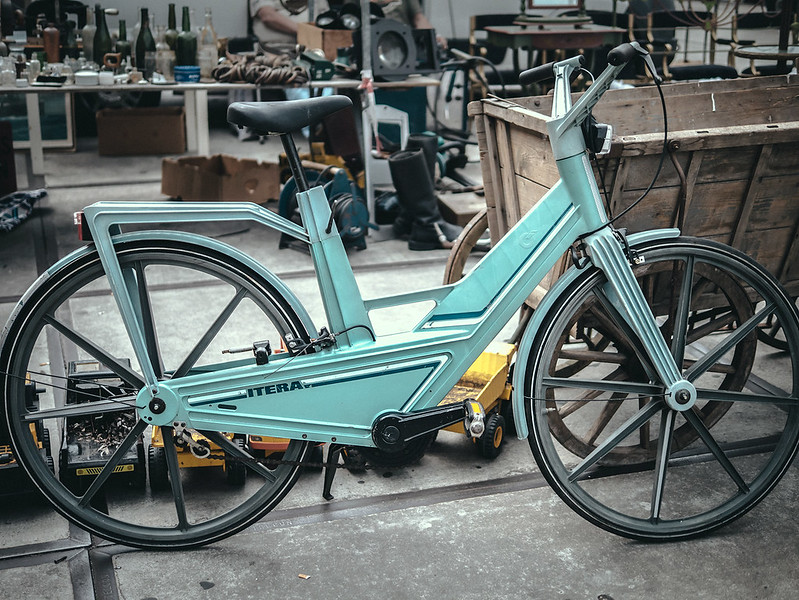 The Swedish Made Itera plastic Bike

Reminiscent of an era featuring Atari game consoles and audio cassettes, the Swedish made Itera was unveiled in 1981. Backed by a nationwide advertising campaign, nearly 100,000 Swedes said that they were interested. In February of 1982, production began but sales were slow.

Problems out of the box

The bikes were delivered unassembled with tools provided in the box. But there were problems with missing parts, leaving customers frustrated and unable to assemble the bike.

The following year, many were returned along with broken pieces. It was also impossible to use replacement parts because nothing was compatible.

The meltdown of the Itera

Several campaigns were introduced, among them offering lower prices. They proved to be unsuccessful and production came to an end in 1985. In total, approximately 30,000 Itera bicycles were produced. Majority of the stock was sold to the Caribbean Islands as they became popular as a rust free alternative to metal bikes.

The aim to modernize the bicycle using plastic was ultimately a flop. Due to technical issues, the Itera ended after just three years. The few that remain are now aptly branded a rarity.