As my wheels were spinning, so was my head. I can squarely point my finger at a bicycle responsible for an episode of insanity. It led me to start what I call The Kronan Project.

The Kronan bicycle brand (Swedish for “The Crown”) has a history that began a half century ago. But the inception of the company began in 1997 when John Wahlbäck sold a surplus of Swedish m/42 military bikes to supplement his income as a student. After unloading all the original stock, John along with brothers Henry and Martin Avander bought the original designs from the Swedish Ministry of Defence. They commissioned a manufacturer in Taiwan to build the bicycles to these specifications. In 2003 the company was bought by the Brunstedt family and the bike is now assembled in Poland using parts from Asia. 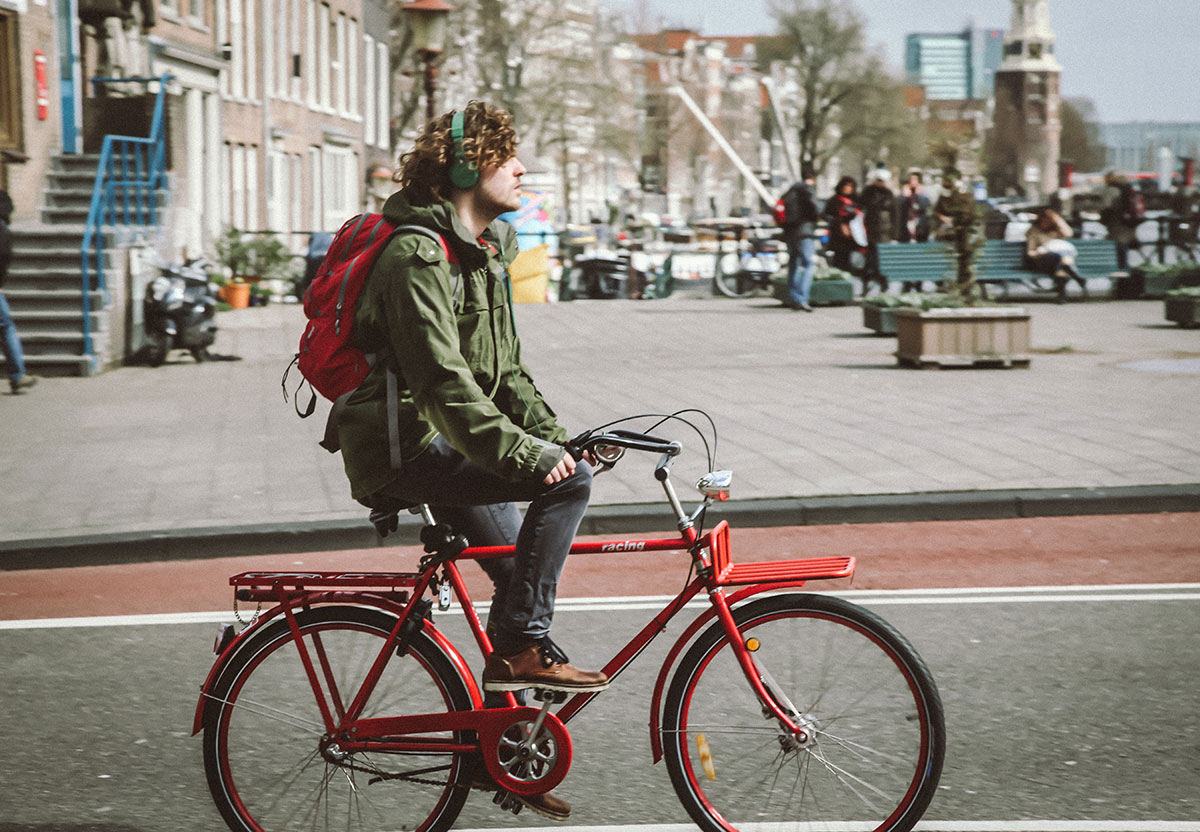 Glancing over the design, it’s not at all surprising the bicycle was produced for the Swedish armed forces. The symmetrical lines reflects the Scandinavian style of minimalism. The visible girth is however, well suited to the nordic mesomorph body type. The women’s version strays a bit aesthetically from the original concept. But the upright seating position and simple functionality remains the same.

Most Kronan bicycles peppered along the Amsterdam landscape feature a single gear with a coaster brake. All bikes come with a back rack, simple chain guard and a cigar-shaped tire pump. The base models weigh in at a hefty 50 pounds. Fortunately new versions can be equipped with 3-speed SRAM hub gears and drum brakes making it a practical cruiser for the city.

But the sign of distinction comes from the plate number. All the bikes in the army had to have them. It was kept during the new production phase since it was such a strong design feature. All plates are also unique to the bike and always have been. However it was the letter and number combination that triggered my descent madness.

I’m obsessed not with numerology, but I kept seeing my initials (“GK”) and to an extent, my birthdate (February 23rd or simplified as “223”.) I wanted to find out the truth behind my mental filtering and whether Kronan was in fact sending me subliminal messages. I began a mission to photograph every Kronan plate number in town. 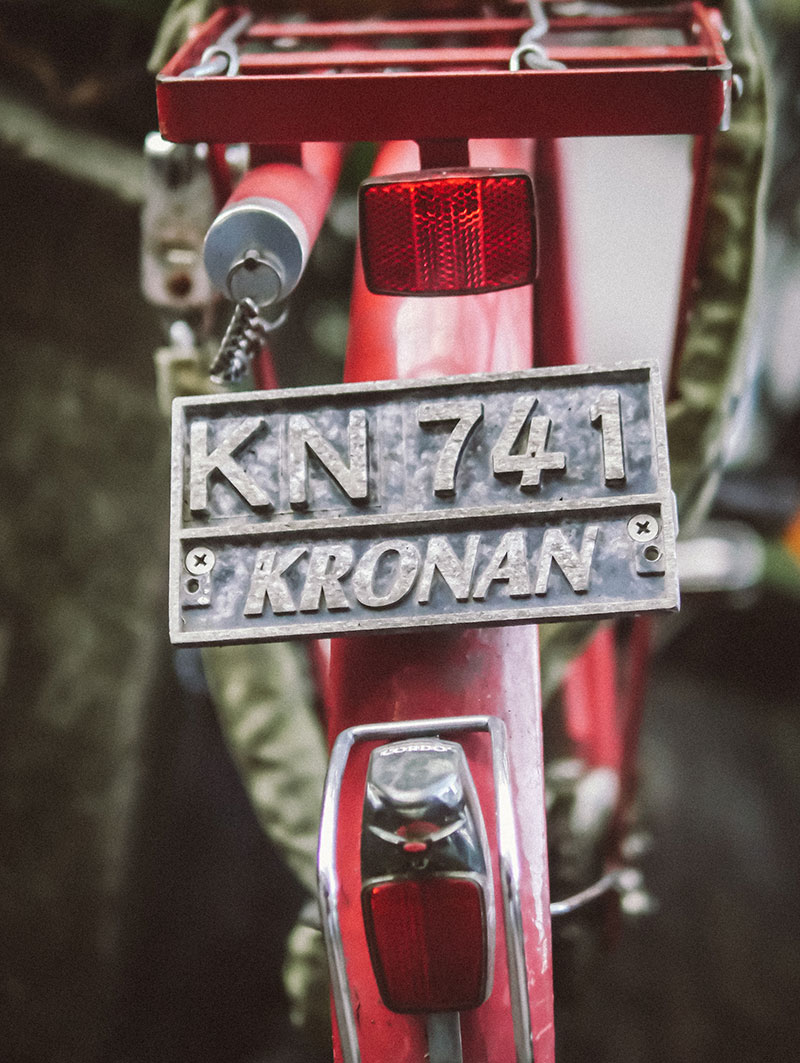 I created the infographic below to organize my findings. The results left me amusingly baffled. The combination of (“GJ742”) represents the top alphanumeric sequence in the order of how they appear on the plates. All other numbers and letters from the most common to the least are in descending order. In total, the most frequently used letter was G, followed by J, E and then K as the fourth most common letter. I also discovered that letters P through Z were never used. As for the numbers, they appear to be completely random.

Since the word Kronan is present on every plate, and G is the most common letter, it can be fair to say that the letters GK plays a part in forming a bit of a visual illusion. So I would it seem that there is some truth to what I was observing when an alphanumeric combination is bounced around in the brain.

I never did come across the combination of GK223. But rest assured to the Kronan owner that may have it, I would never do anything so heinous as to take it. While I would love mount it on my wall, I only do that with street signs. But I would like to know if it exists, so I can put my mind at ease and just keep riding. 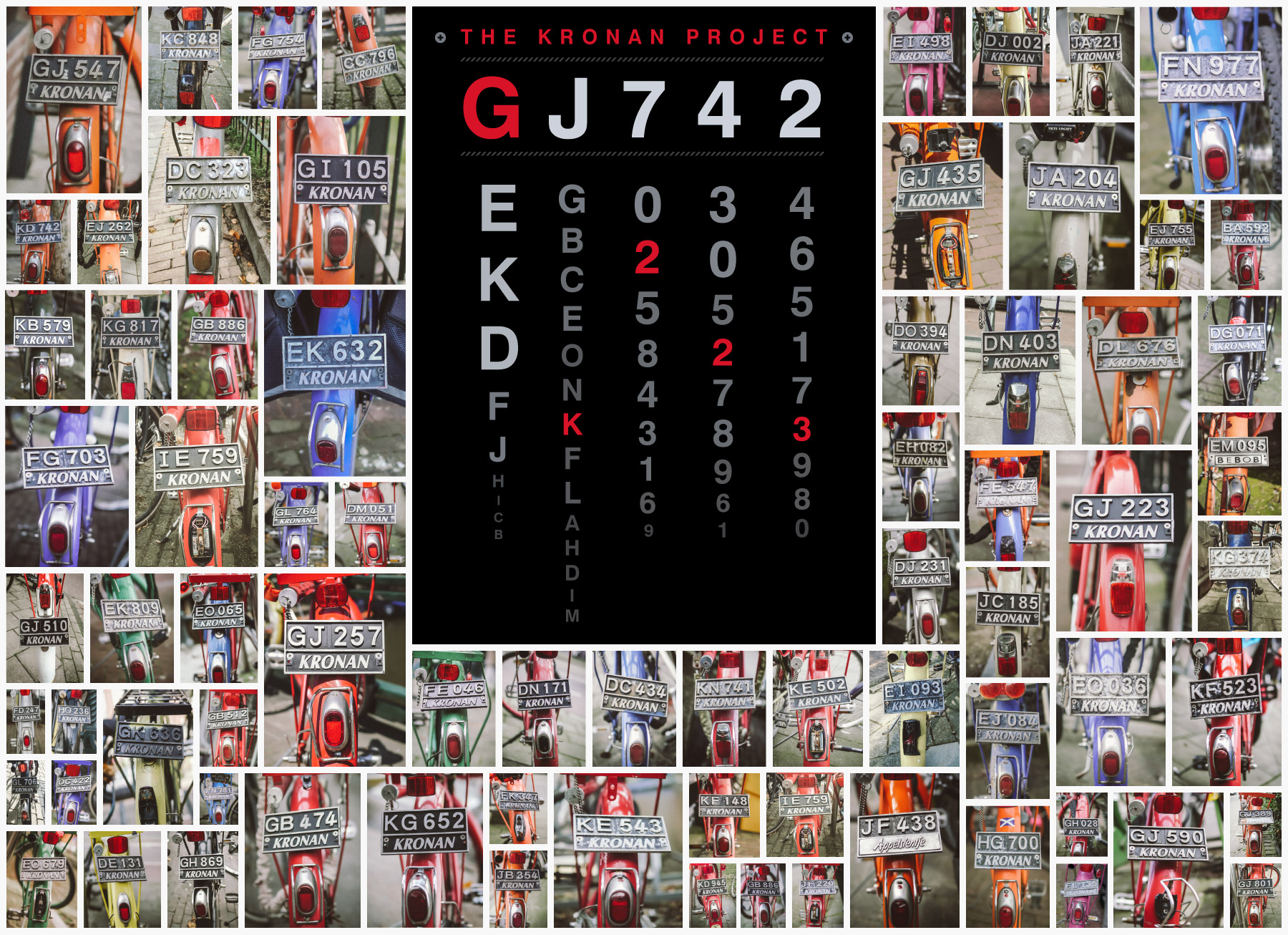