As my first post, I would like to how biking in the city has lead to a liberation and a passion that persuaded me to start this blog. 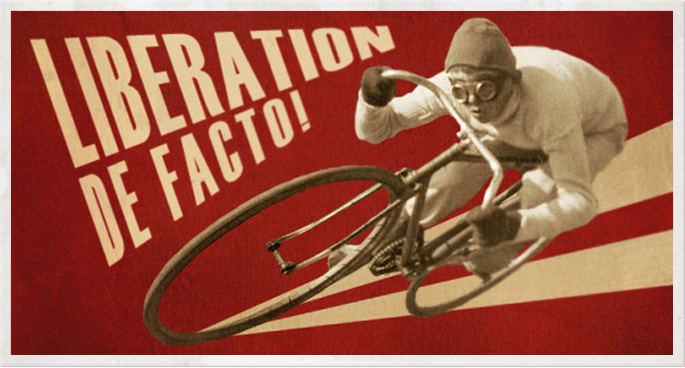 Growing up in the burbs next to a corn field, made it hard for a kid to get around. Public transportation was non-existent. Mooching rides from parents often involved bargaining. Playing with friends, trips to the local convenience store, Sunday afternoon baseball, often involved riding my bike.

Changes were naturally abundant during the adolescent years. Among them was the priority for any 16-year-old living in a small town. You need to get a driver’s licence. Having access to a car represented maturity, freedom liberation while raising your social status within the teenage ranks. My bike was soon relegated to the back of the garage and swallowed up by all that was deemed not important.

In early adult years, my life was engulfed by car culture. Highway commutes along with all its vexing tendencies became the norm. My job required it and it was a fact of life as if any. My speedometer would suggest that swaths of time had gone by until one day I found myself working and living in the city core.

The move to Toronto

Toronto is often jokingly referred to as having two seasons, winter and construction. As such, getting around felt as if I was at the mercy of the city. Even though there is an abundance of transportation choices, I often viewed the car as impractical, the subway annoying, taxis expensive, streetcar frustrating and walking just plain time-consuming. My personal evolution lead me to eradicating all of these nuisances.

Partly born out of necessity and impatience, I purchased my first bike since, albeit a used one from a local shop. I was quickly overcome with a feeling of nostalgia and youthful exuberance but kept in check with curious reserve. Once again I found myself peddling to my destination. It began with short trips to the market, expanding to leisurely expeditions and soon commuting to work.

As with learning anything new, mistakes were made and there were some pretty precarious situations. But there was never regret in choosing to ride my bike. Quite the contrary, any mishap I chalked up as a learning experience while I embraced enthusiasm each time I unlocked my bike for a new adventure.

In time, I realized that cycling in the city was more than just a rewarding choice. It was becoming therapeutic, not just physically but spiritually. It was a vessel for the soul. Every journey now began and ended with the bike. It was a prerequisite to living and a fact of life as if any. It had become my liberation de facto!