Parade of Flesh rolls through Toronto

A parade of flesh rolled through Toronto today. The World Naked Bike Ride is an annual event welcomed by cities across the globe.

Festivities began at Coronation Park where participants took part in body painting and sunscreen slathering before making their route.

Citizens of Toronto were given a shock as the slew of bicyclists cruised through the downtown core. Reactions were varied and abundant, ranging from jubilant cheers and utter bewilderment to restrained hysteria. The free-spirited ride oozed with cheerful slogans advocating bicycle awareness against the concerns of oil dependency. The friendly protest remained whimsical in nature and ultimately fun at heart.

Side note to Bixi users, the riders were diligent in protecting seats from bodily juices. However, in an instance where one didn’t, consider bringing sanitizer with you on Monday morning. 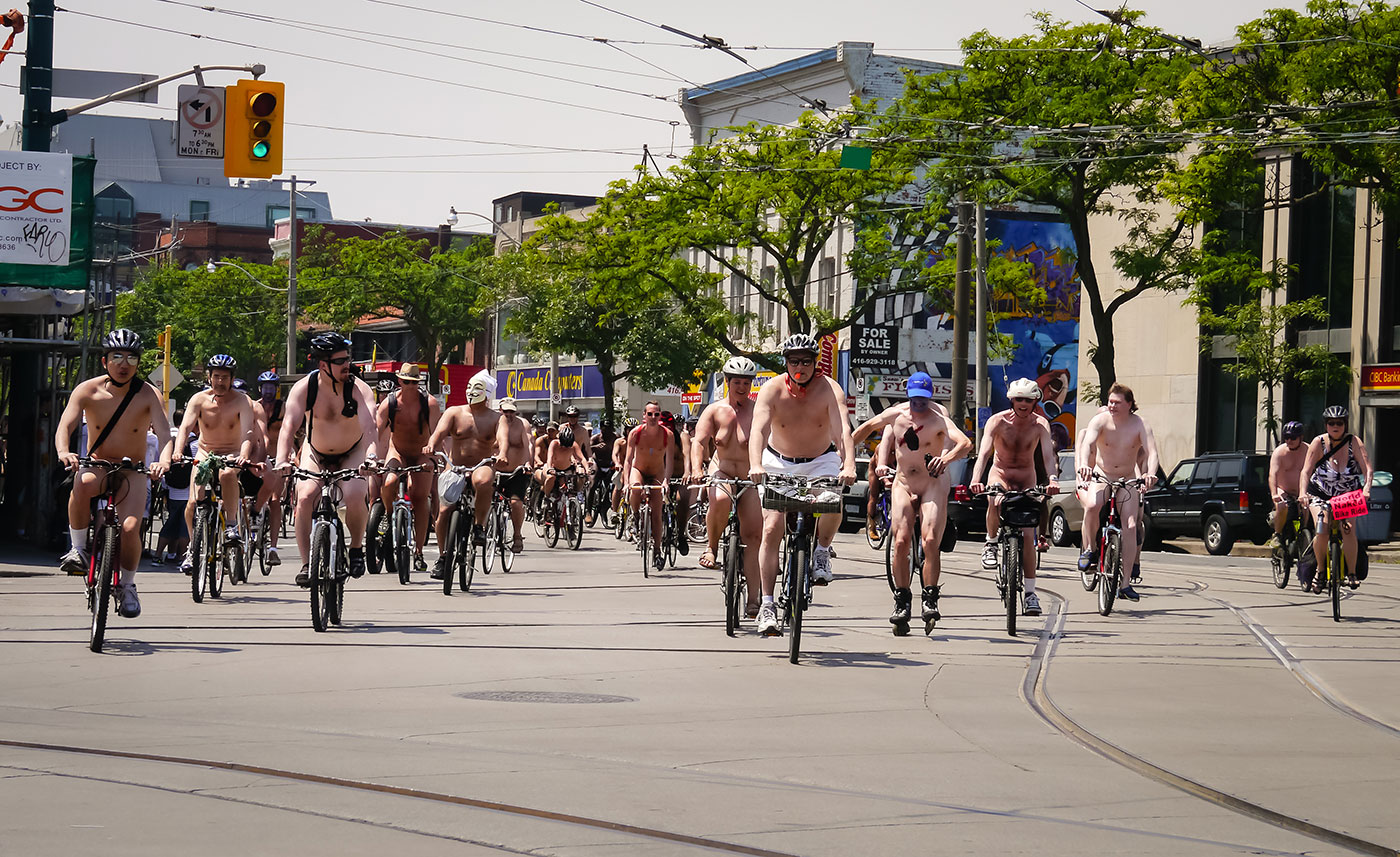 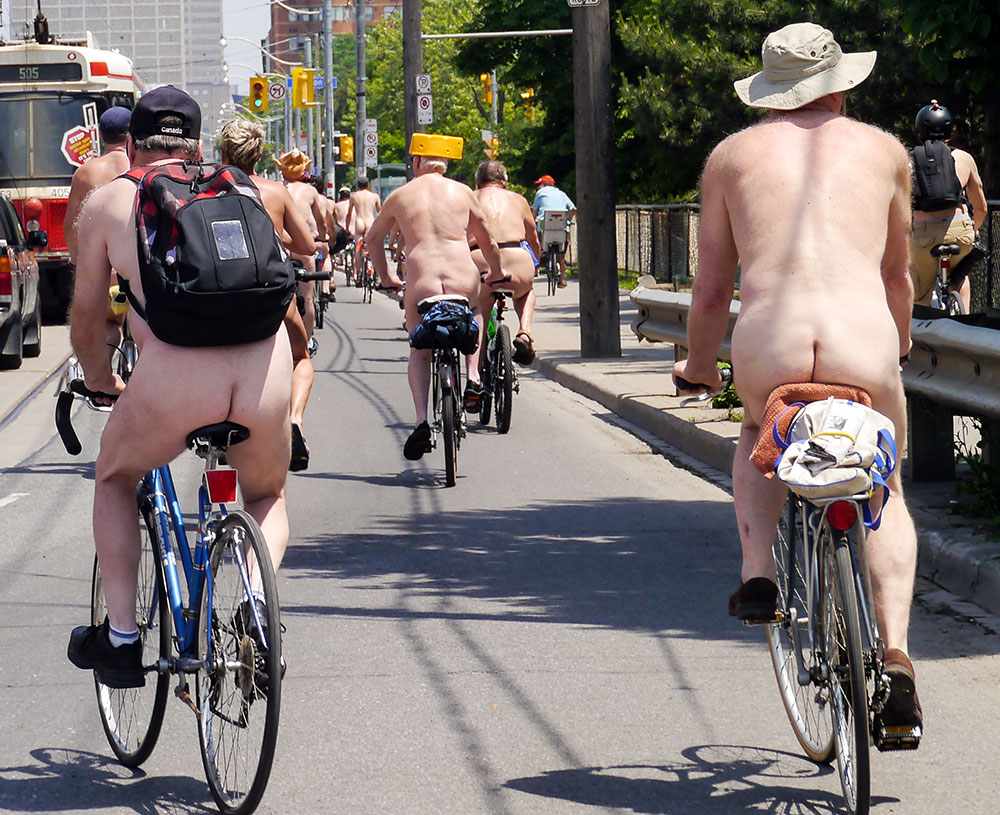 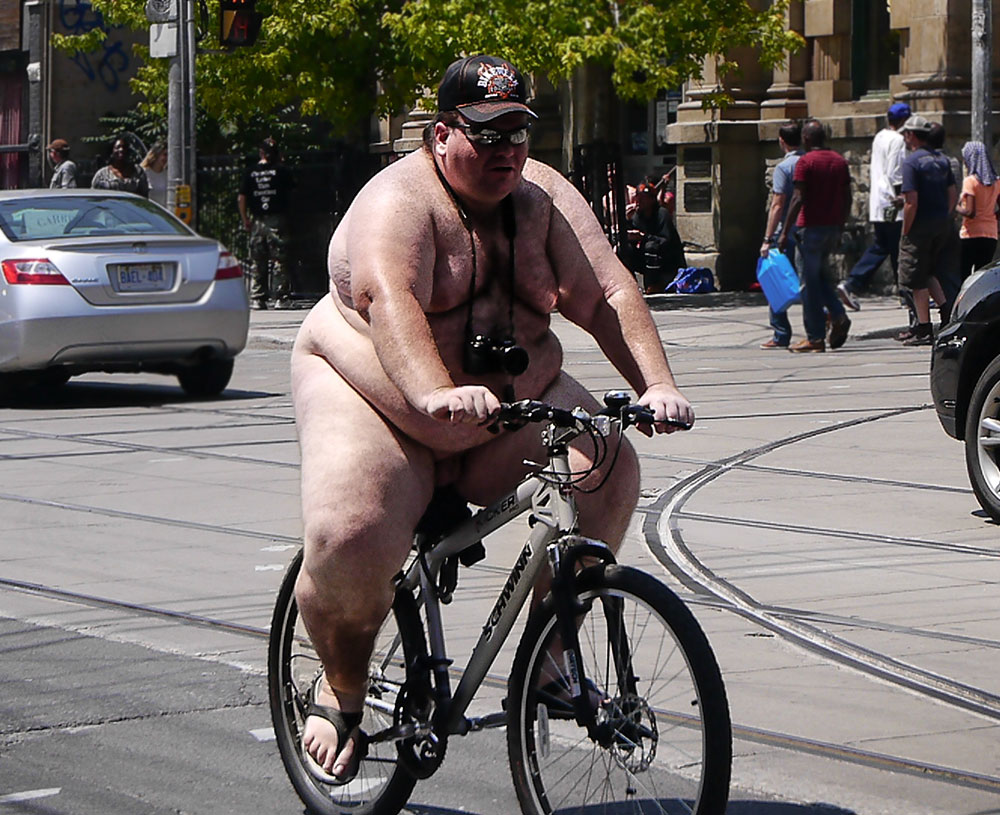 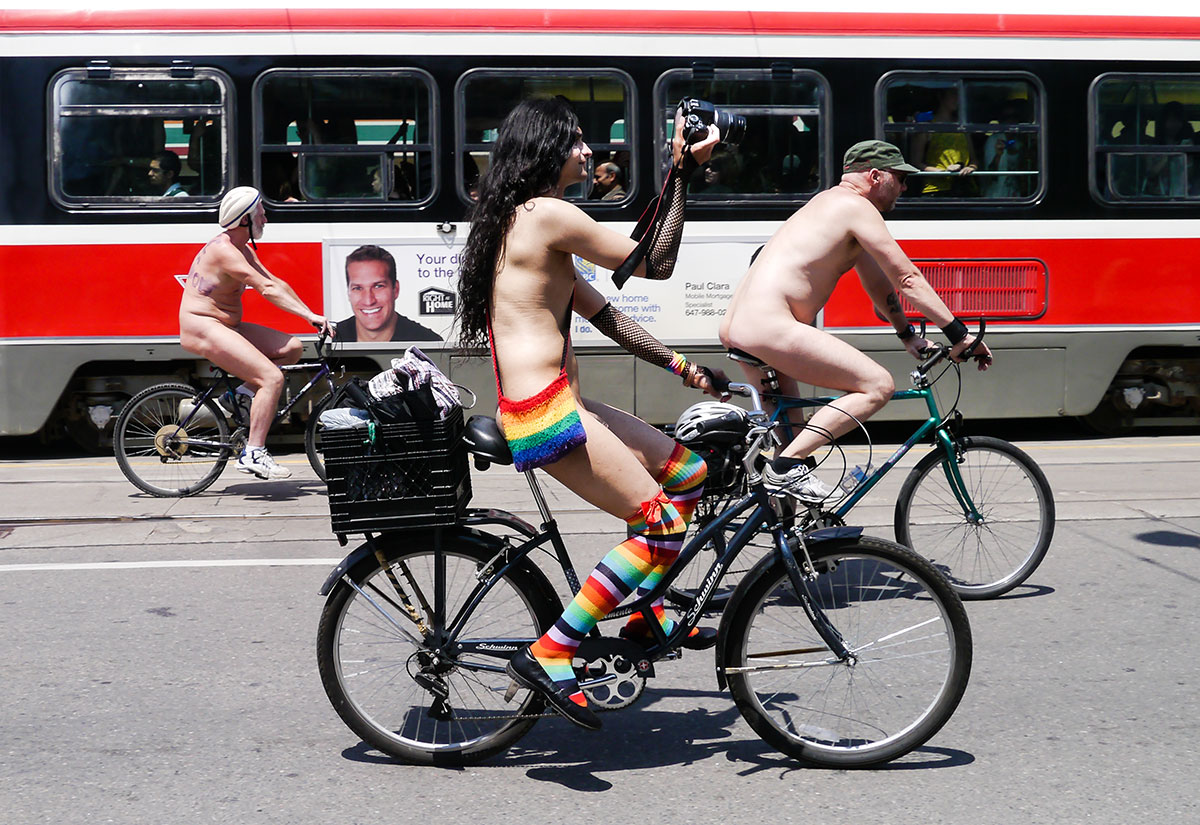 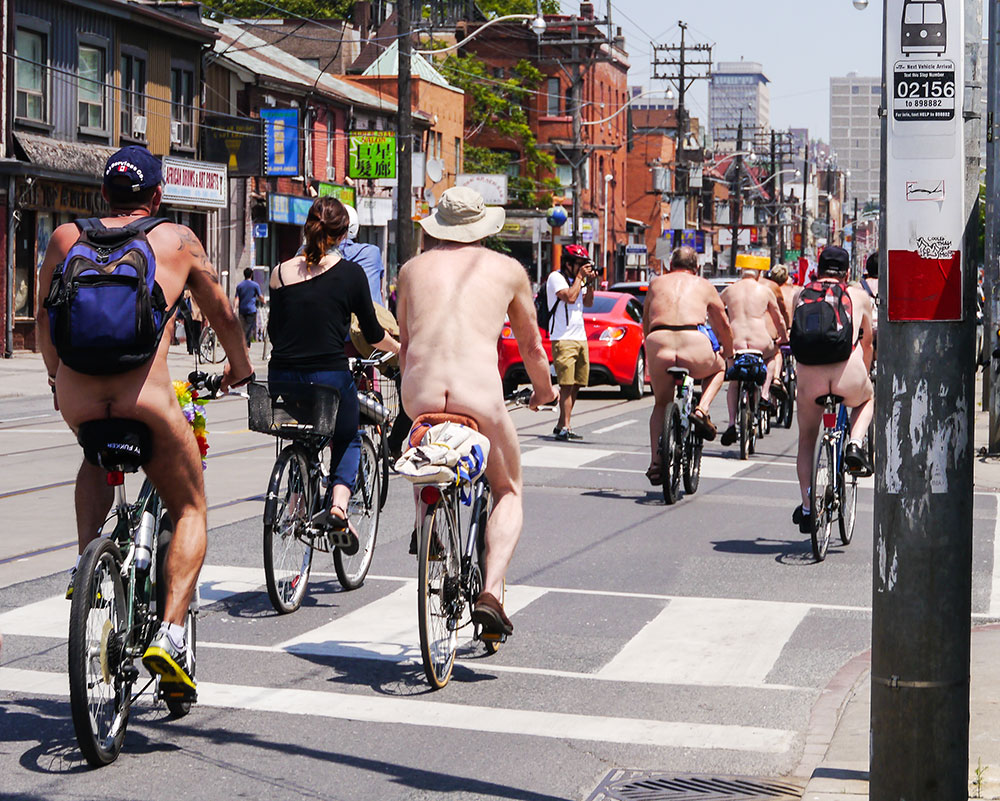 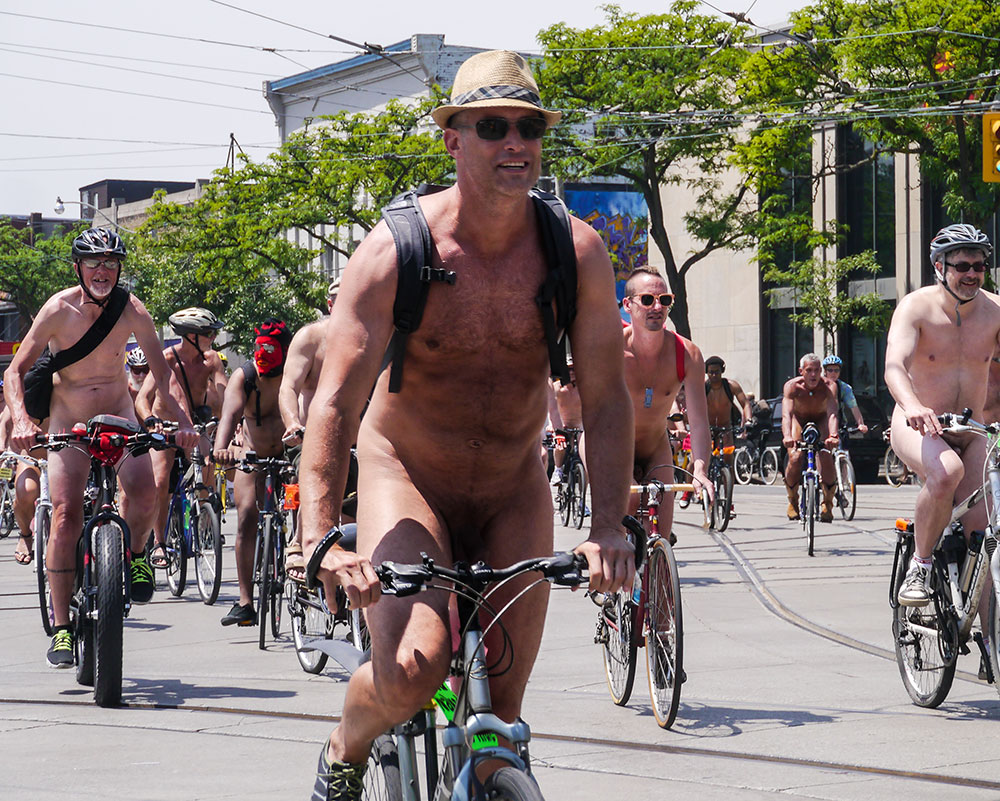 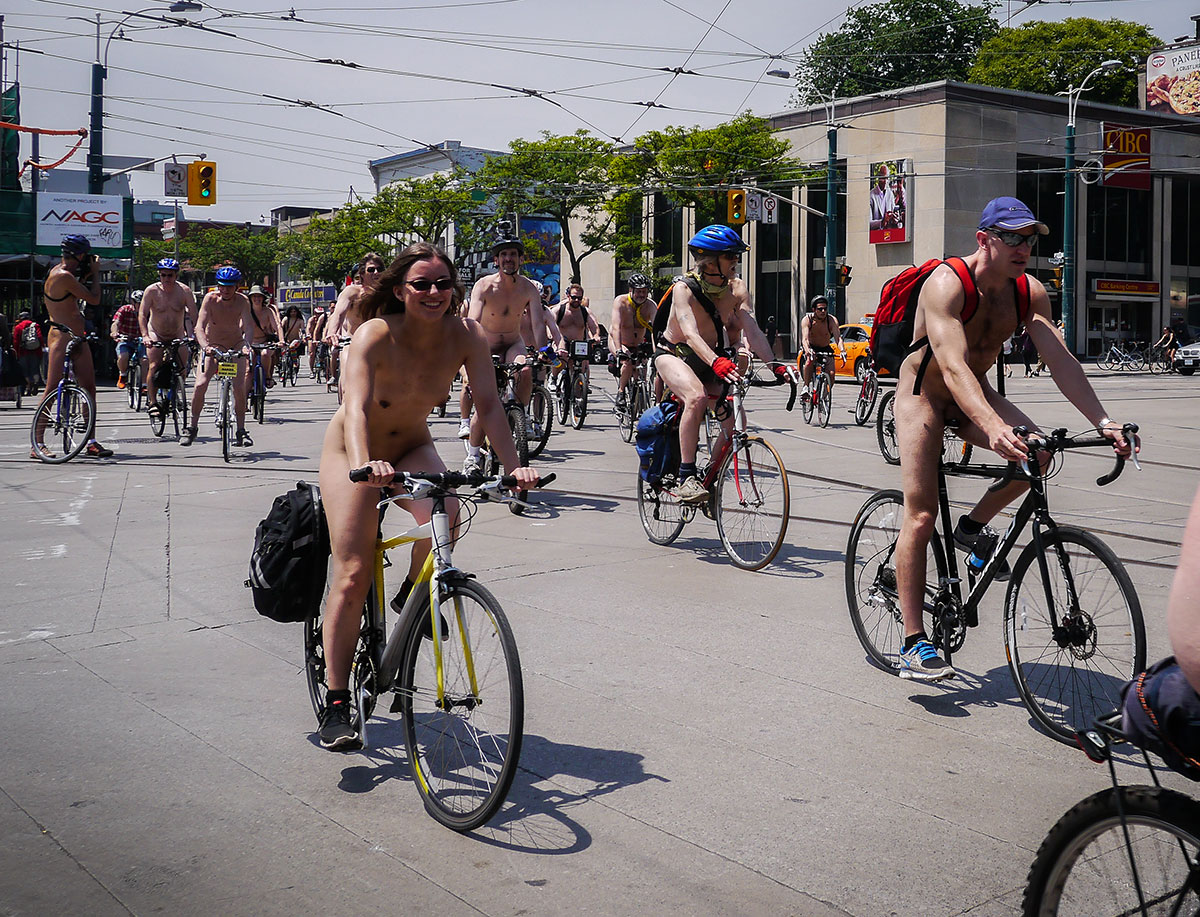 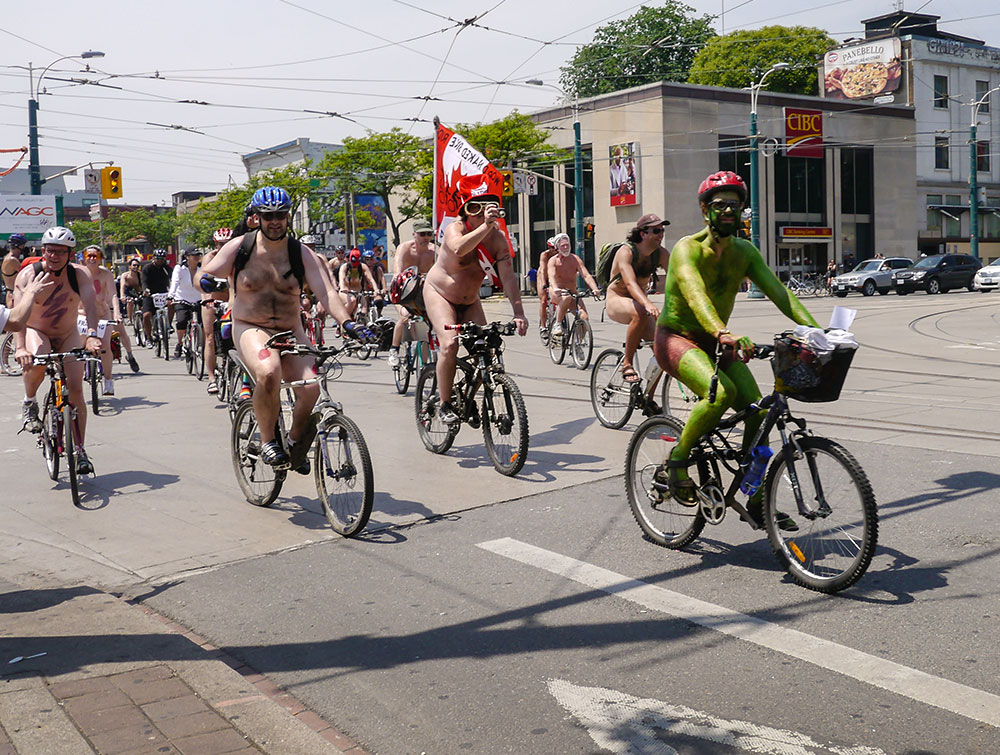 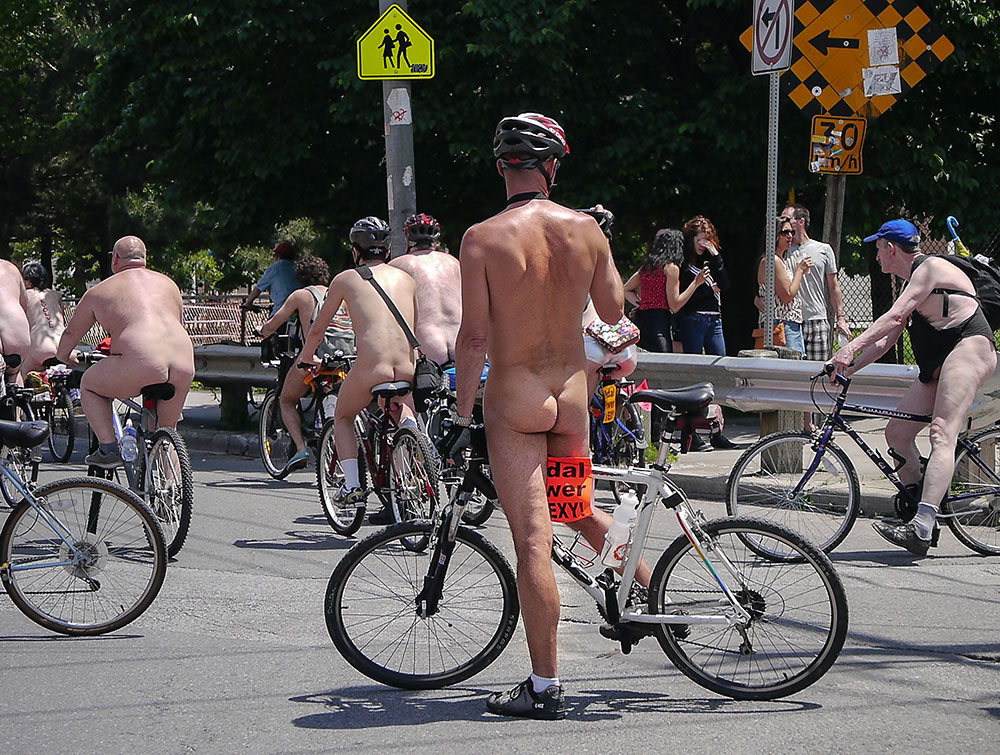 Turn the other cheek 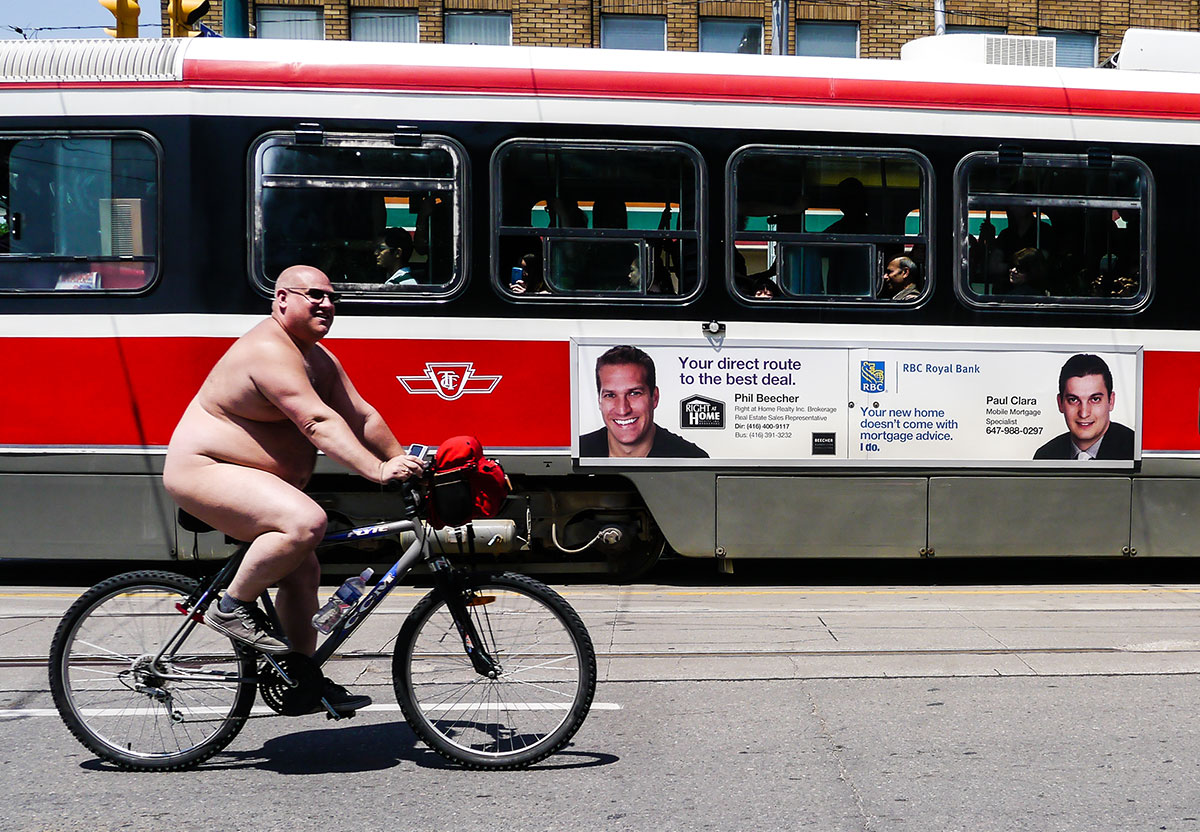