I’m not one to gripe about street infractions or obstructions.  But this particular morning I found myself involuntarily playing a game of bicycle limbo.

Cruising down Westerstraat in the Jordaan district, I can confirm that there was no sound of steel pan drums, no festive Caribbean colours or an audience of any kind cheering me on. Instead there was just a striped tape tied between two poles on opposite sides of the street.

It just happened to be one of those days wear I decided not to wear my contacts leaving me moderately visually impaired. But I was fortunate enough to see the tape at the last second and avoided being spectacularly clotheslined to the pavement.

After gathering my marbles, I turned back to try to make sense of it all. The tape was used to divert traffic for a moving truck parked down the street. Bewildered by this less than ingenious idea, I decided to stay put to see how others would handle it.

Some approached it with caution and took their time. Two people avoided it altogether. Others zoomed right under giving it little thought while a few had their minds elsewhere and dodged it at the last possible moment. Relating to the experience, my teeth clenched at the thought that I could be an accessory to these shenanigans.

As I decided to leave, I regrettably I missed a shot of a bicyclist with a cigarette in hand hit the tape of full speed. It stretched and he eased into it like someone unknowingly stepping into quicksand. He flung the tape over his shoulder and it slung to the ground, thus officially ending this unsanctioned game of bicycle limbo. 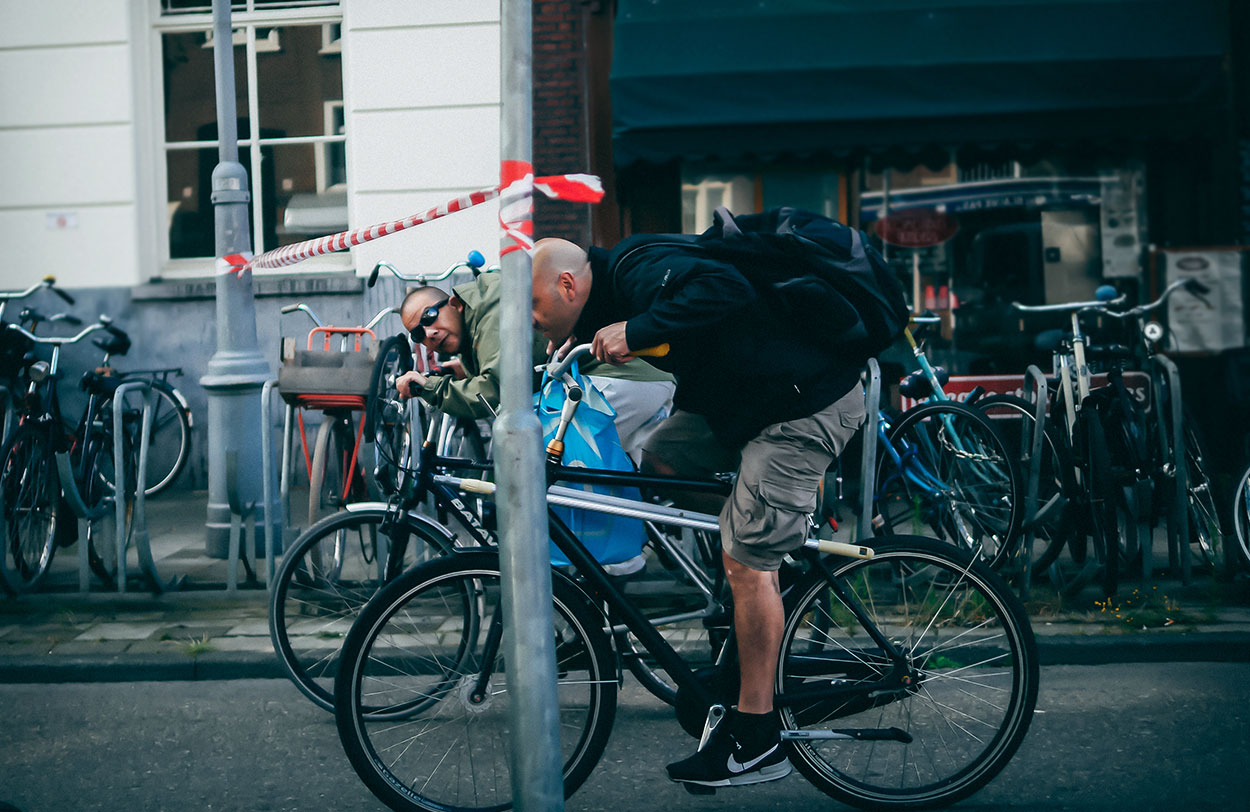 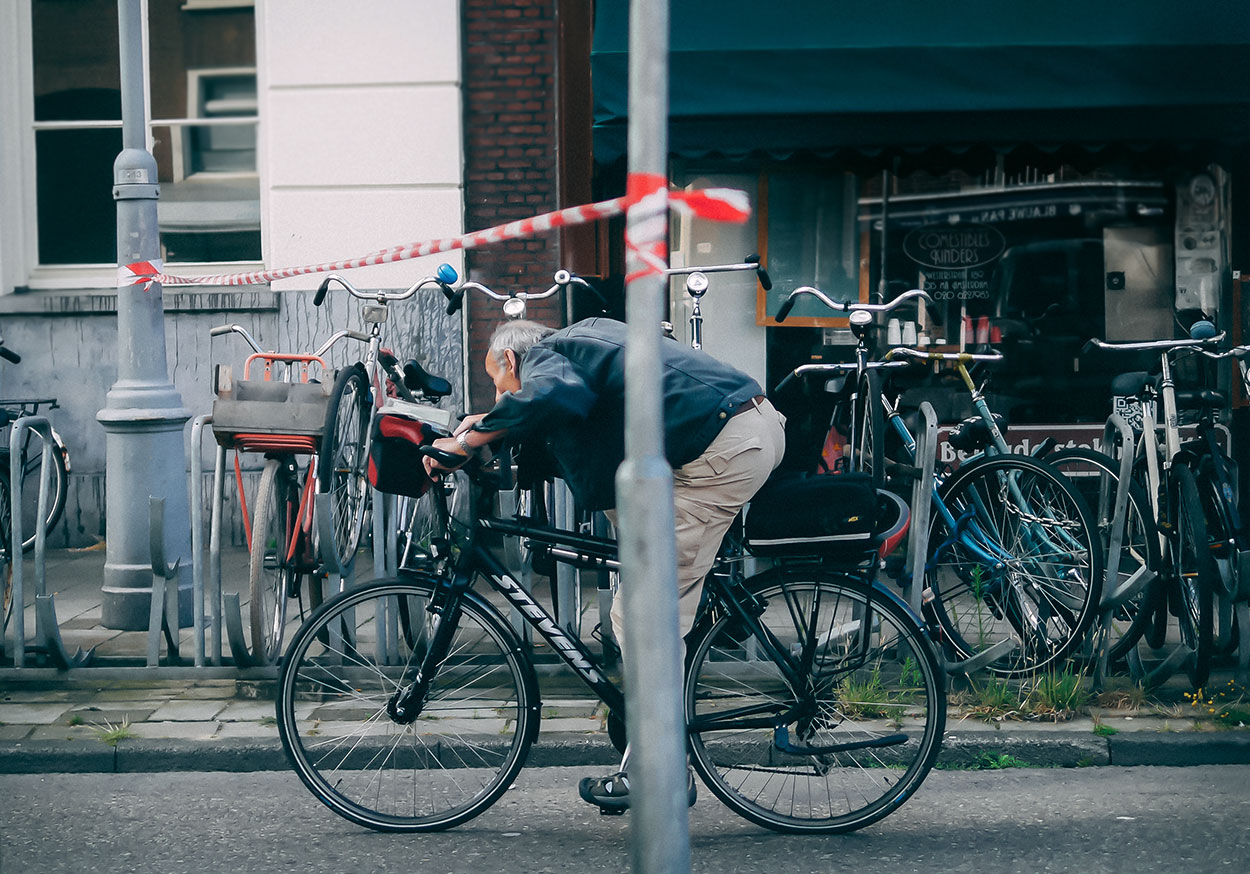 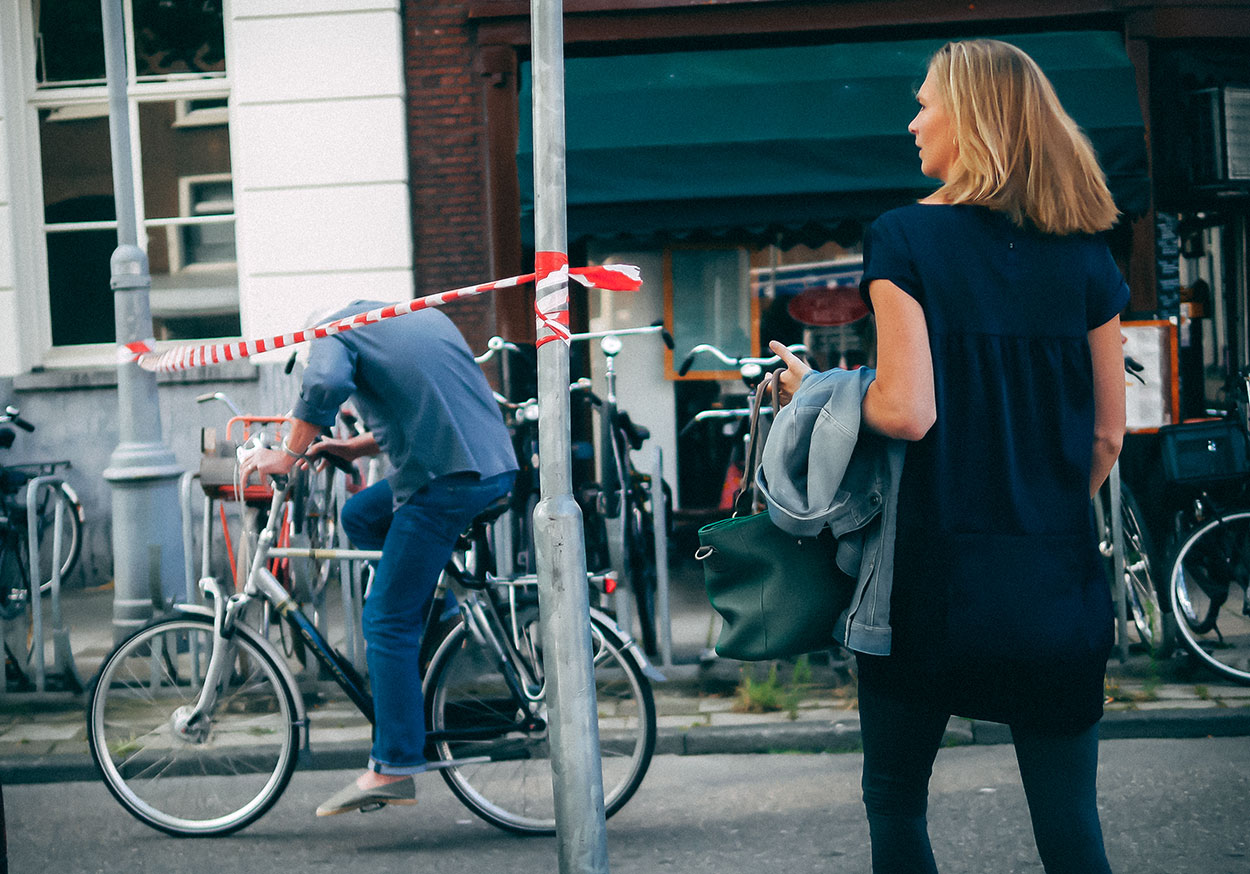 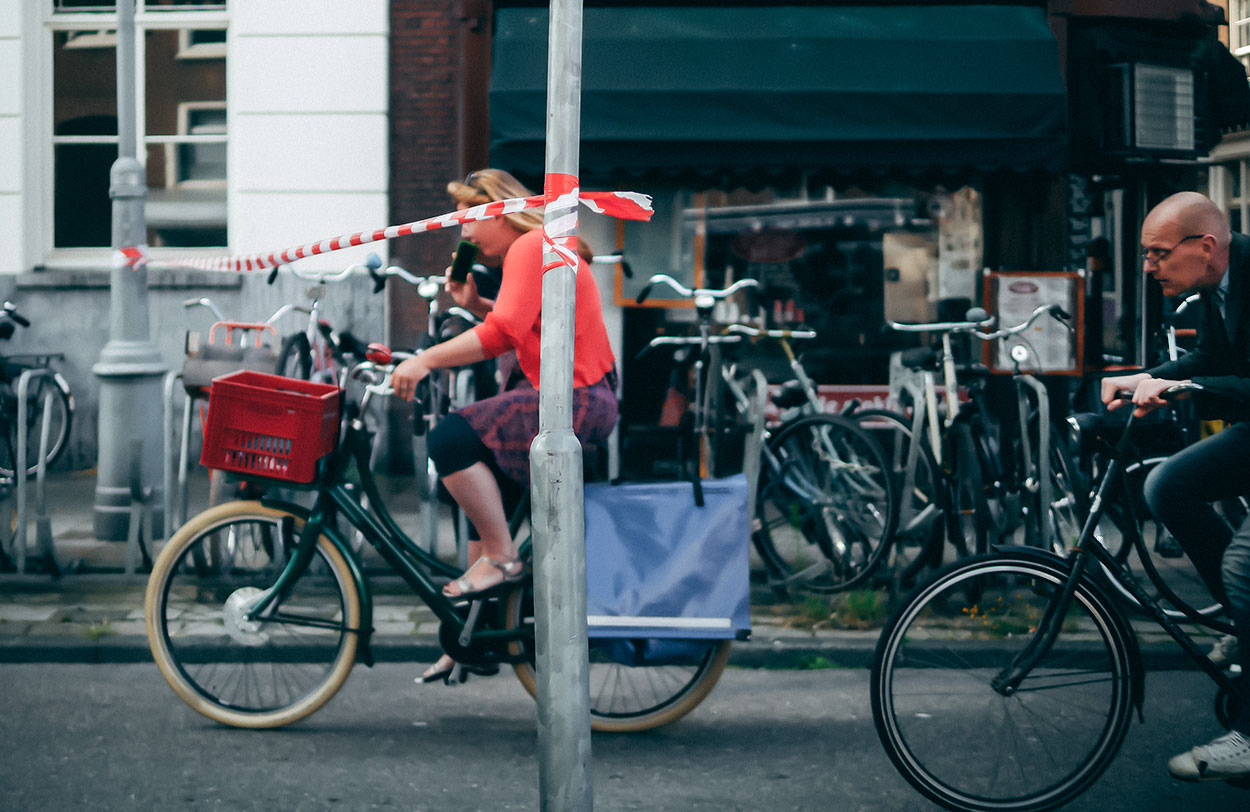 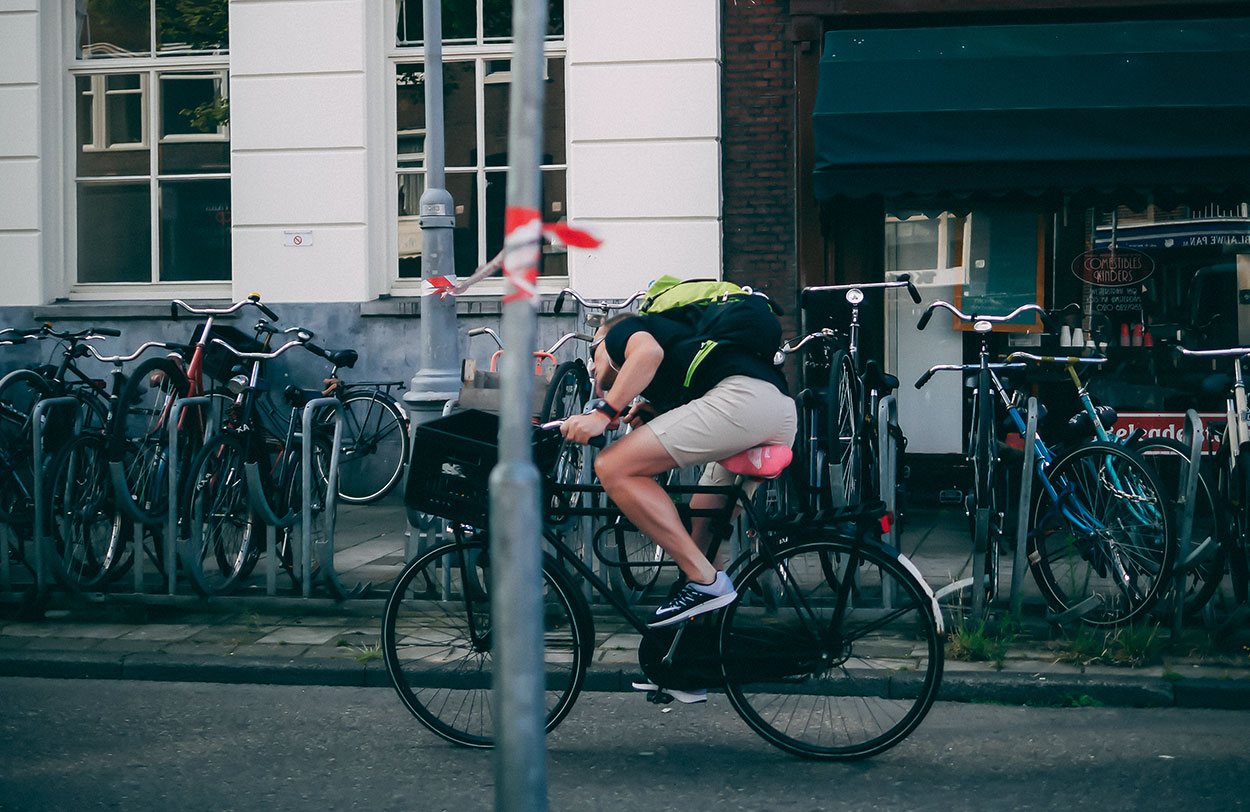 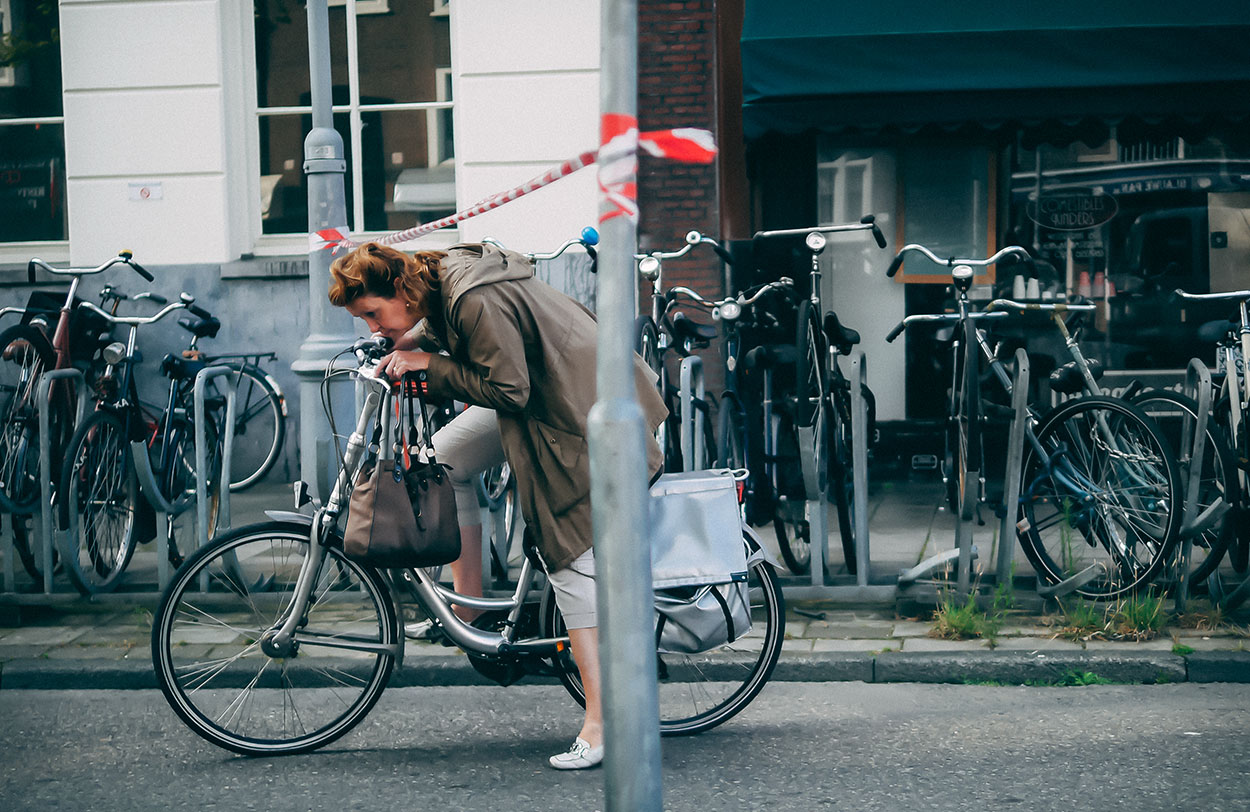