Fashion photographer Bill Cunningham said “when it rains, it’s a whole different scene.” This is true when also riding a bicycle. Especially in this particular spot on Marnixstraat where a puddle emerged after a day of heavy rain.

I avoided the puddle, but only as a result of witnessing others ahead of me veer off the path. Curious if others would do the same, I paused for a moment to watch. It was late morning rush hour, so there was still a steady stream of bicyclists who simply mimicked the rider ahead of them and rode around the water.

Later in the afternoon, I was riding in the opposite direction. From the corner of my eye, I noticed someone hit the puddle at full speed, causing a tsunami to spill on to the sidewalk. Since traffic was sporadic, there was no follow the leader mentality.

The time of day now provided me an opportunity to capture some interesting candid life as a result of a little flooding in the street. I unassumingly stood on the sidewalk and shot unsuspecting bicyclists as they rode into the puddle.

Nearly everyone raised their feed as a natural instinct to avoid the water. Only one person rode through it slowly while still pedaling. The most enjoyable part of capturing this series was watching bicyclists hit the water at variable speeds only to be matched by a myriad of facial expressions. 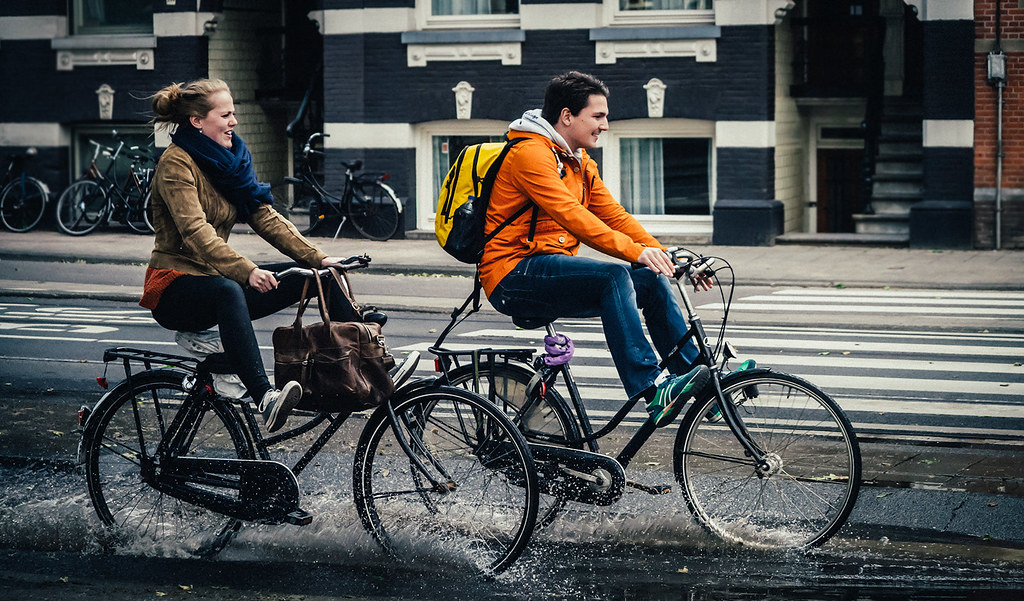 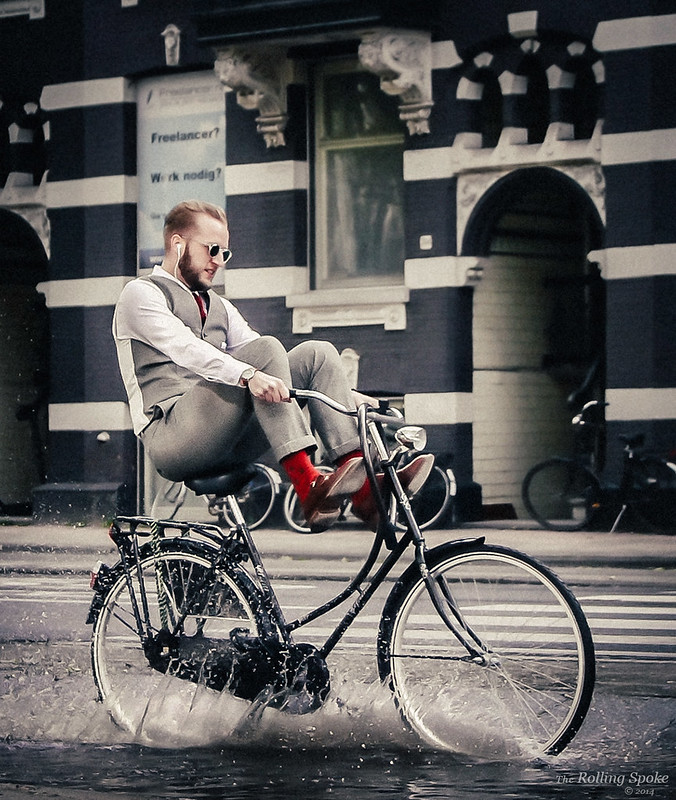 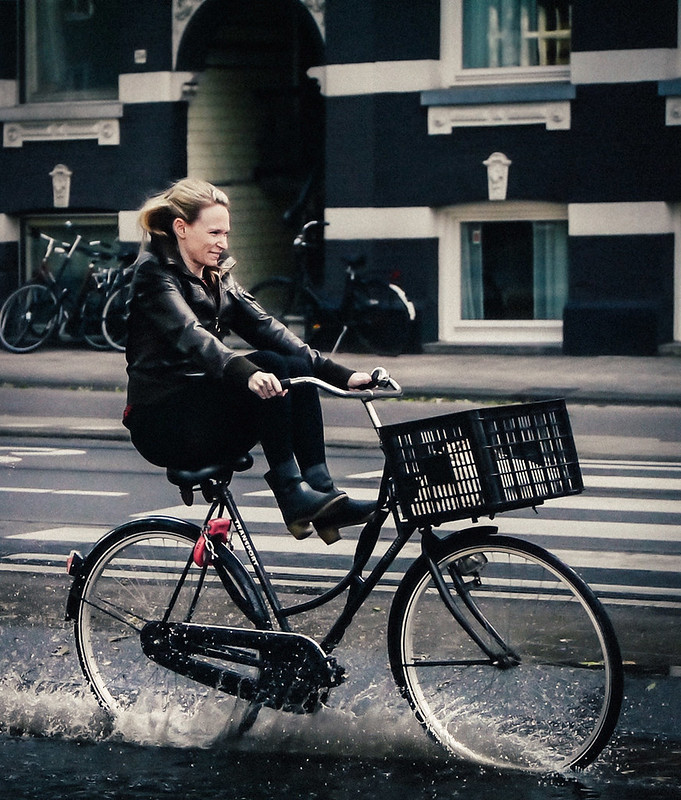 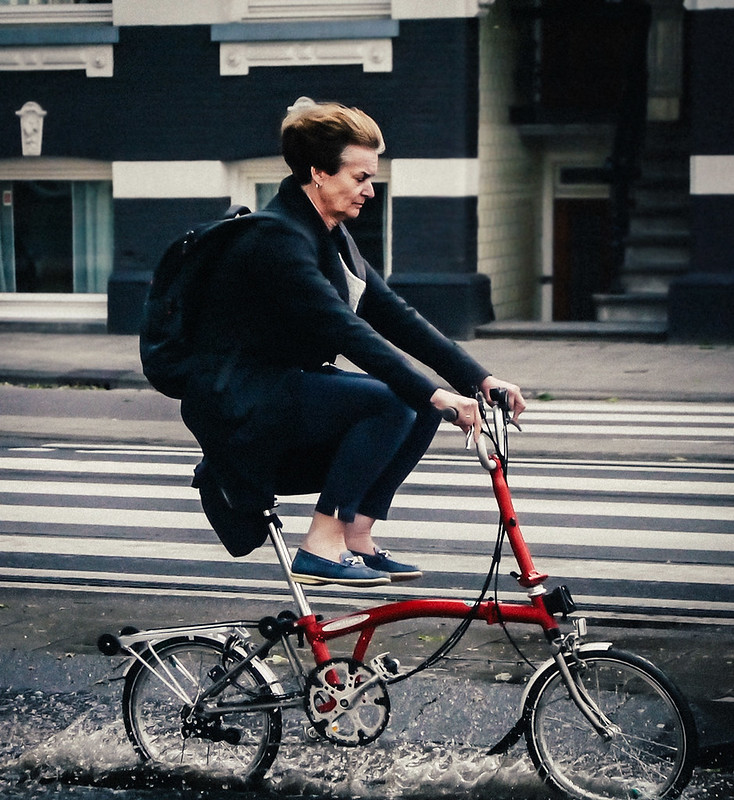 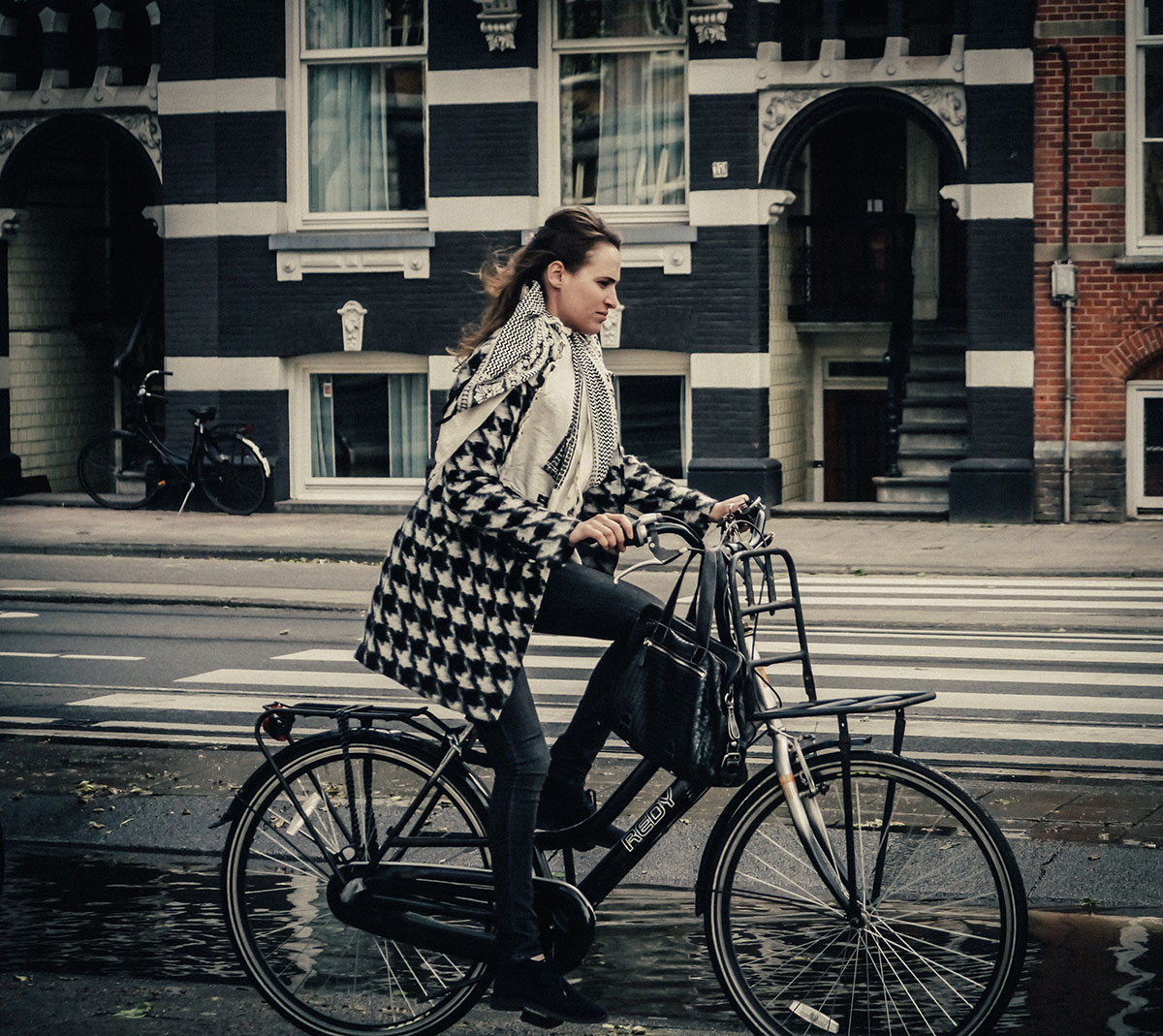 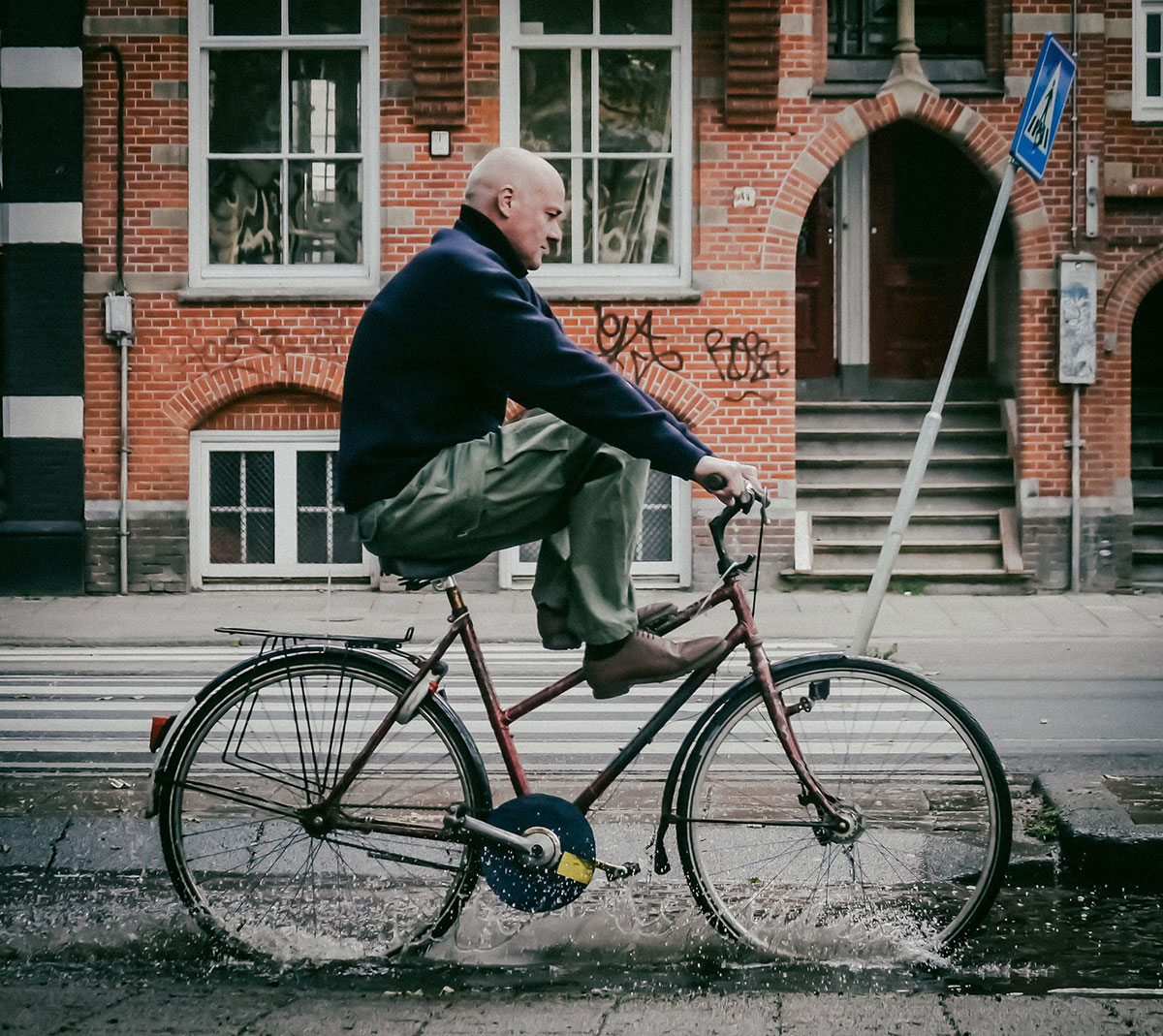