The first ever Tweed Ride arrived in Amsterdam this past weekend. It brought along unprecedented weather, helping to make for a memorable experience.

The event, much like the glorious summer sun came out of nowhere. I had only learned about the ride the evening before and acquired tickets at the last-minute. As such, I was moderately ill-prepared. My dress shirt was at the dry cleaners getting washed and pressed for Tween Run in London next week. 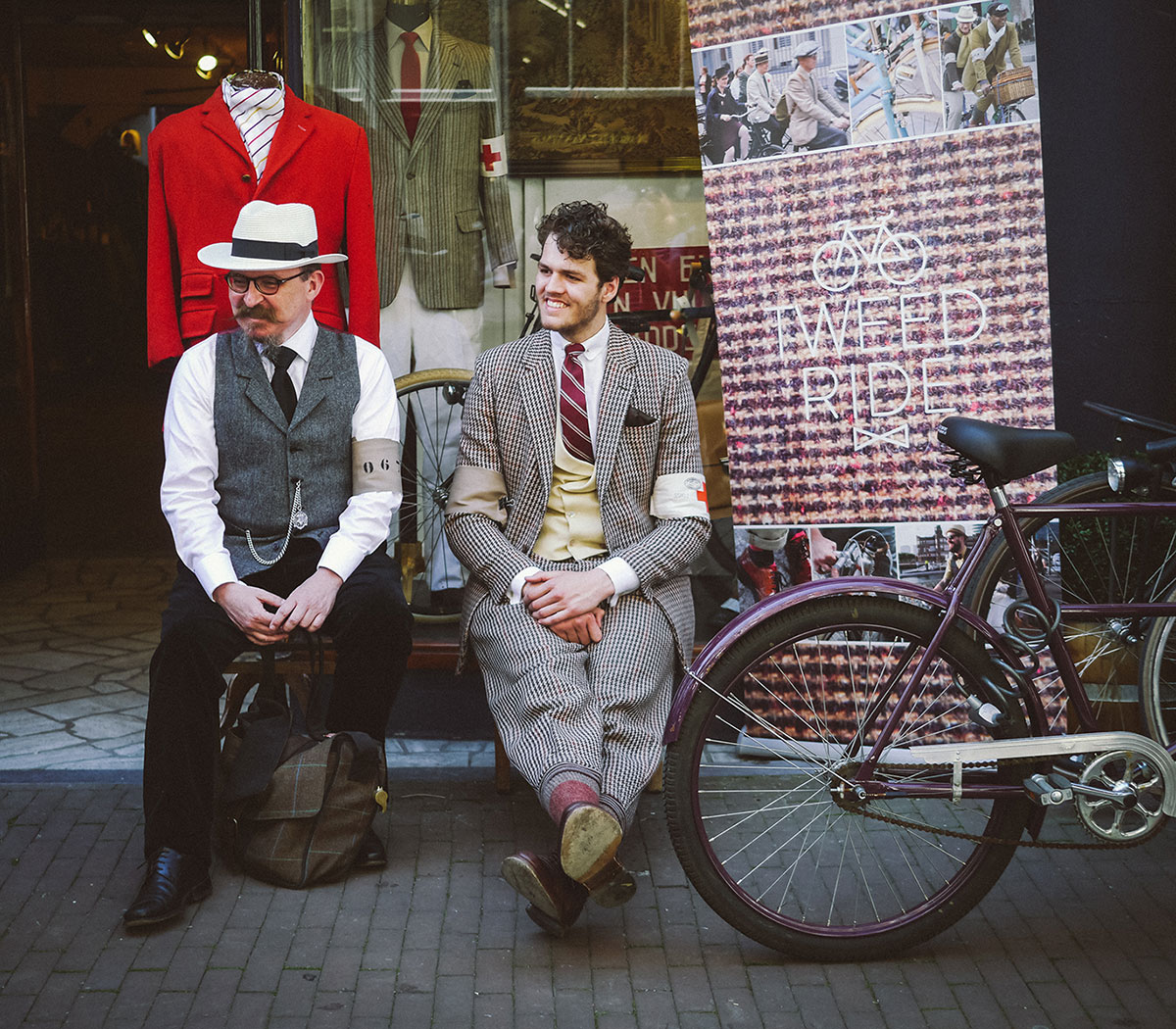 The wait before the ride 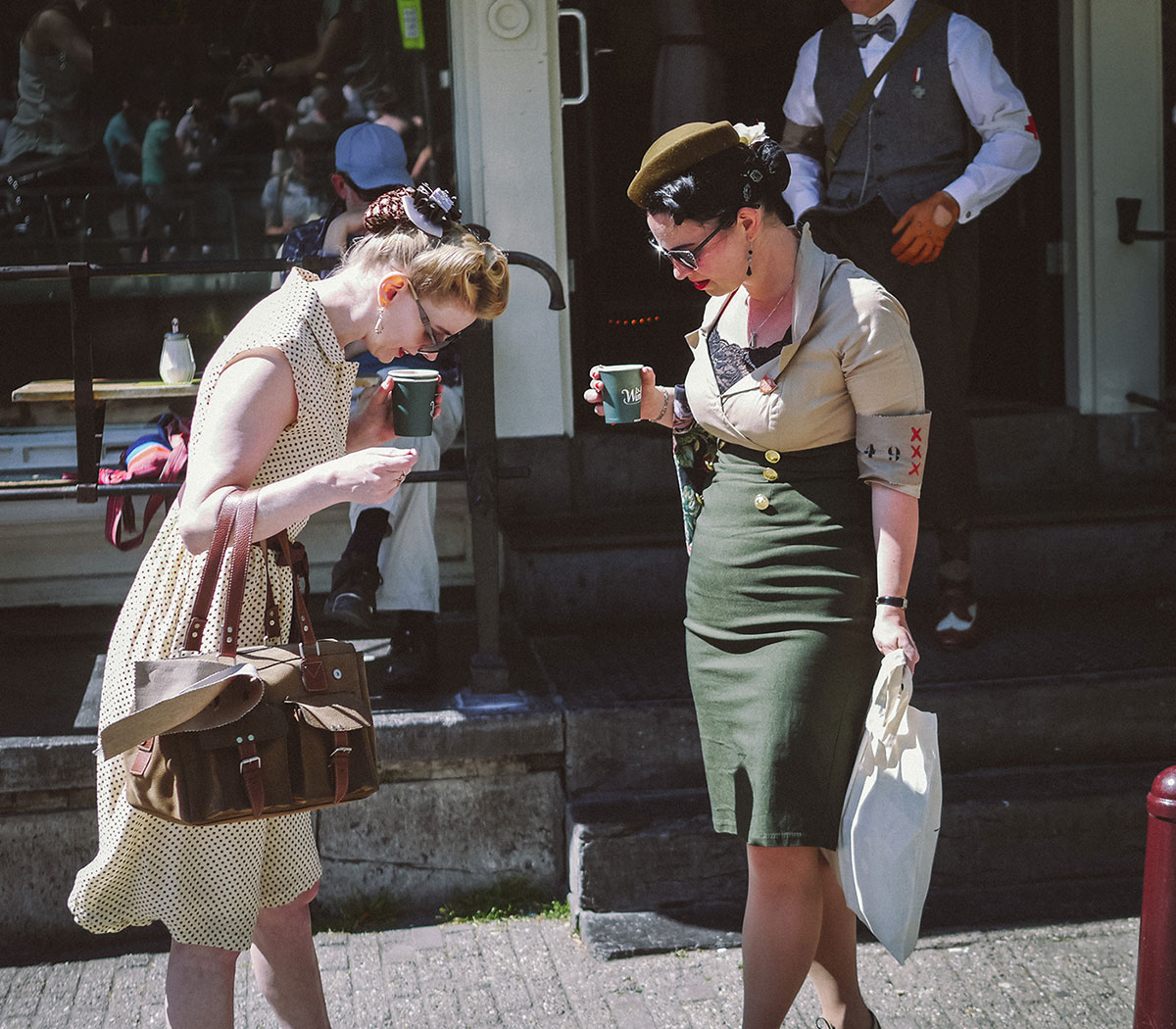 Starting at a vintage shop

The day began in suitable fashion at the Tommy Page vintage store in Jordaan. Roughly 80 participants met up to register and receive their tote bag filled with sublime swag. Among the items were a bottle of Dutch gin and tonic, a sweet tweed pen accompanied with a notebook, cucumber sandwich and a voucher for a coffee at the iconic Winkel 43 in Jordaan. 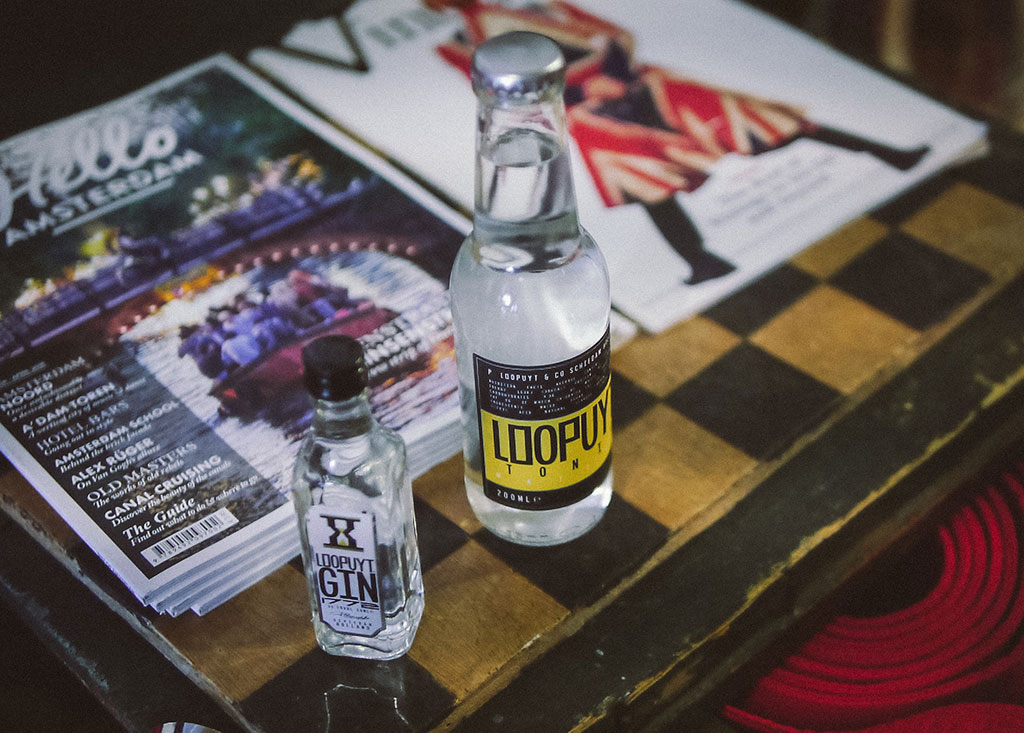 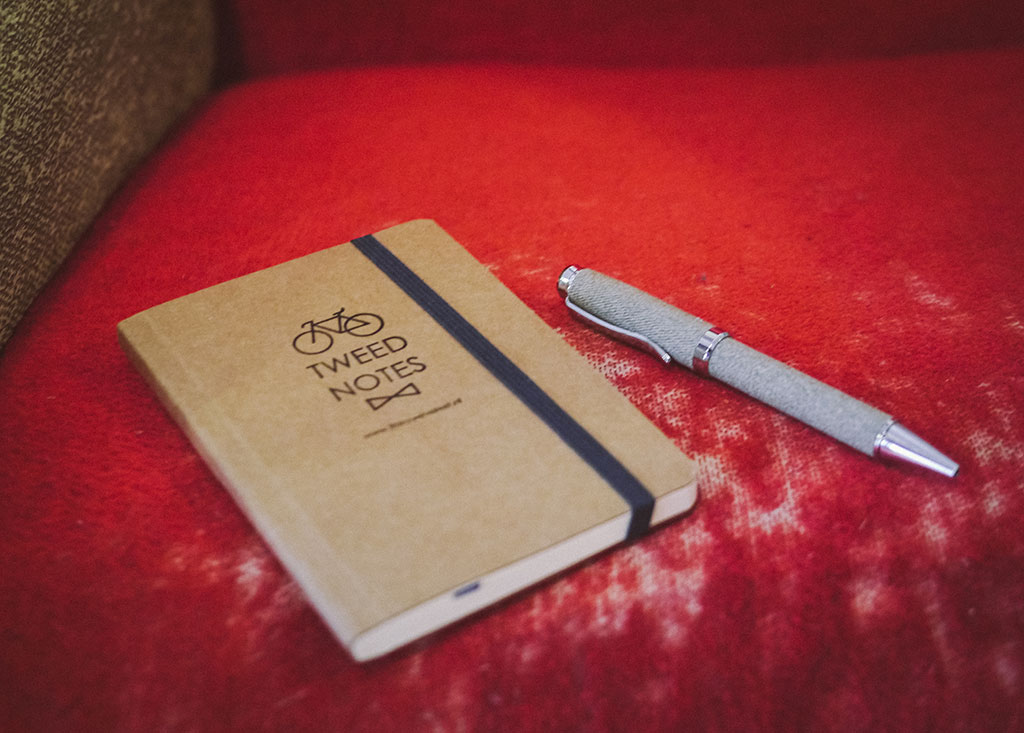 Rolling through Amsterdam decked in Tweed

Decked out in tweed and argyle socks, the group was led by a Marshall on a battery-powered fat bike. While the the ride would hardly be a blip on a radar in a bicycle dominated city like Amsterdam, there were plenty who took notice as a parade of bicycles rolled over canals in vintage style.

We would loop around the heart of Amsterdam, passing by memorable sites before stopping in Vondelpark.  After an extended break, we peeled ourselves from the grass and continued the ride to our final destination. 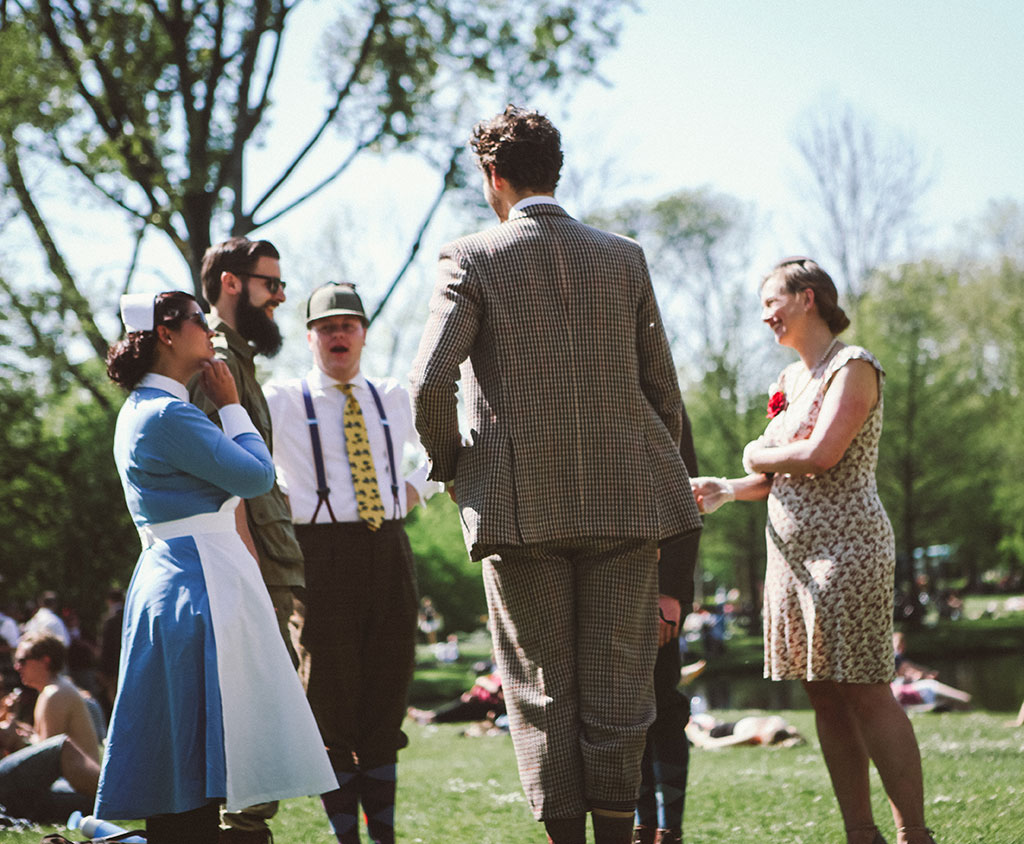 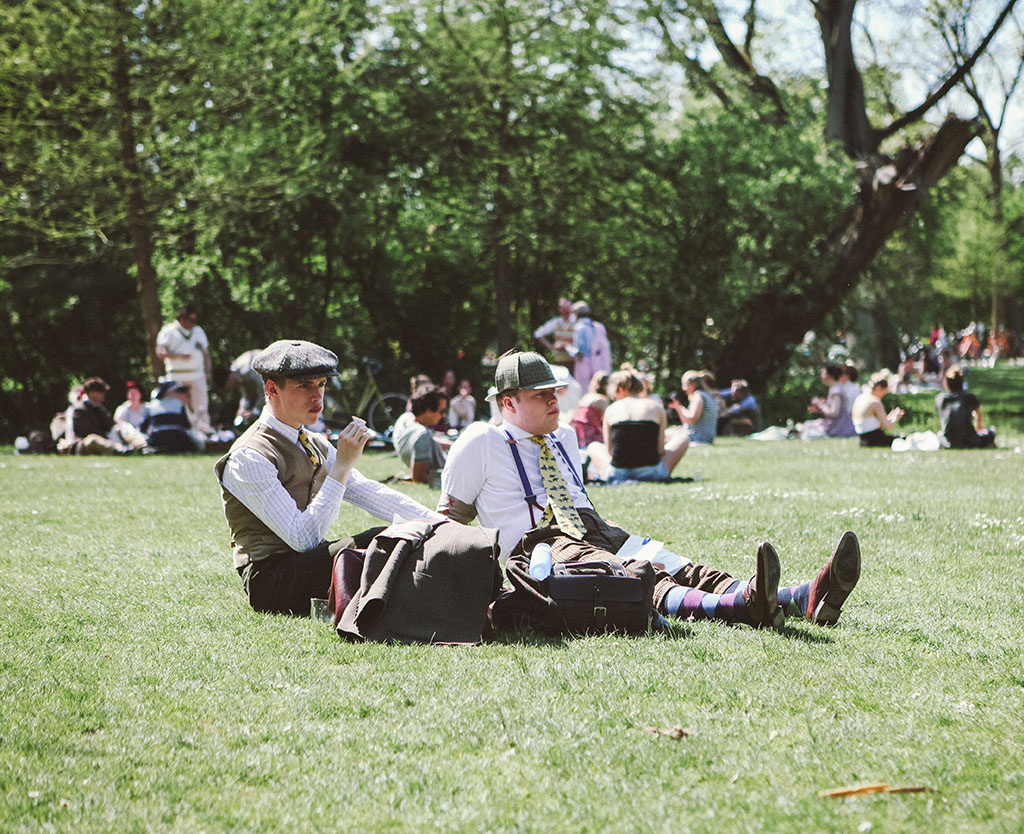 Rolling through Amsterdam decked in Tweed

The day came to a close in Westerpark for the closing ceremonies. Awards which included Brooks accessories were given out for the best dressed man and woman. A bonus award, certainly exclusive to the day was handed out for the best sunburn.

Amsterdam was the third city in the Netherlands to host Tweed Ride. Utrecht and Rotterdam were the first. Hopefully Tweed Ride will return in the future to the bicycle capital of the world. 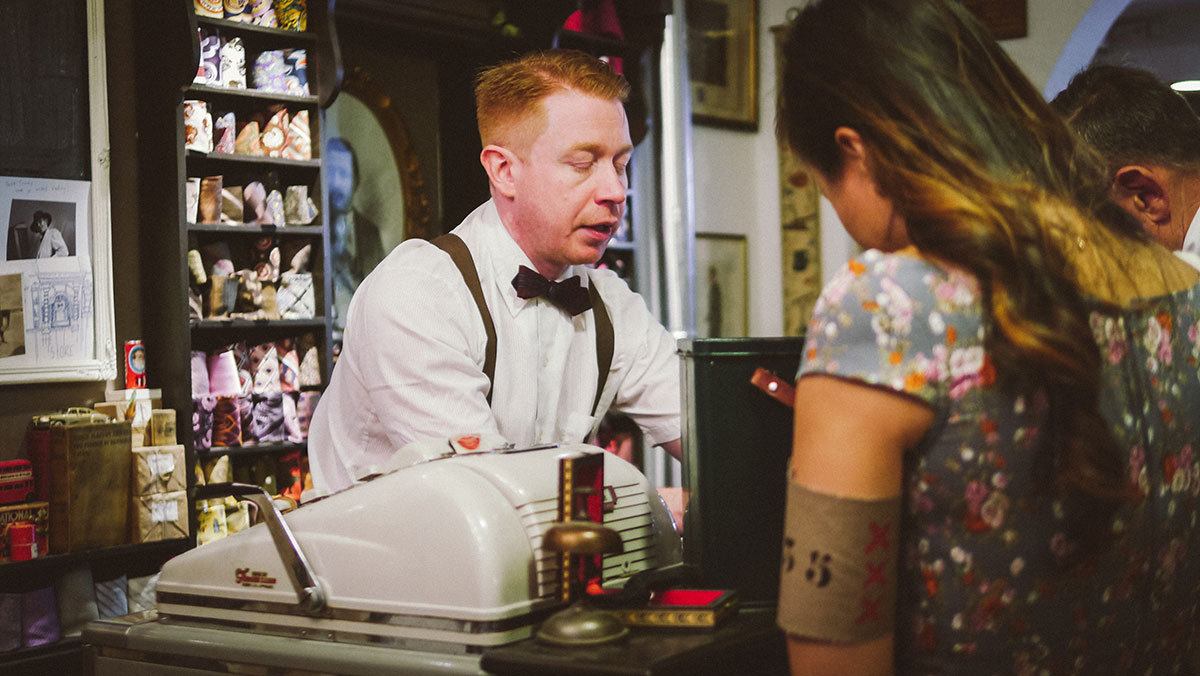 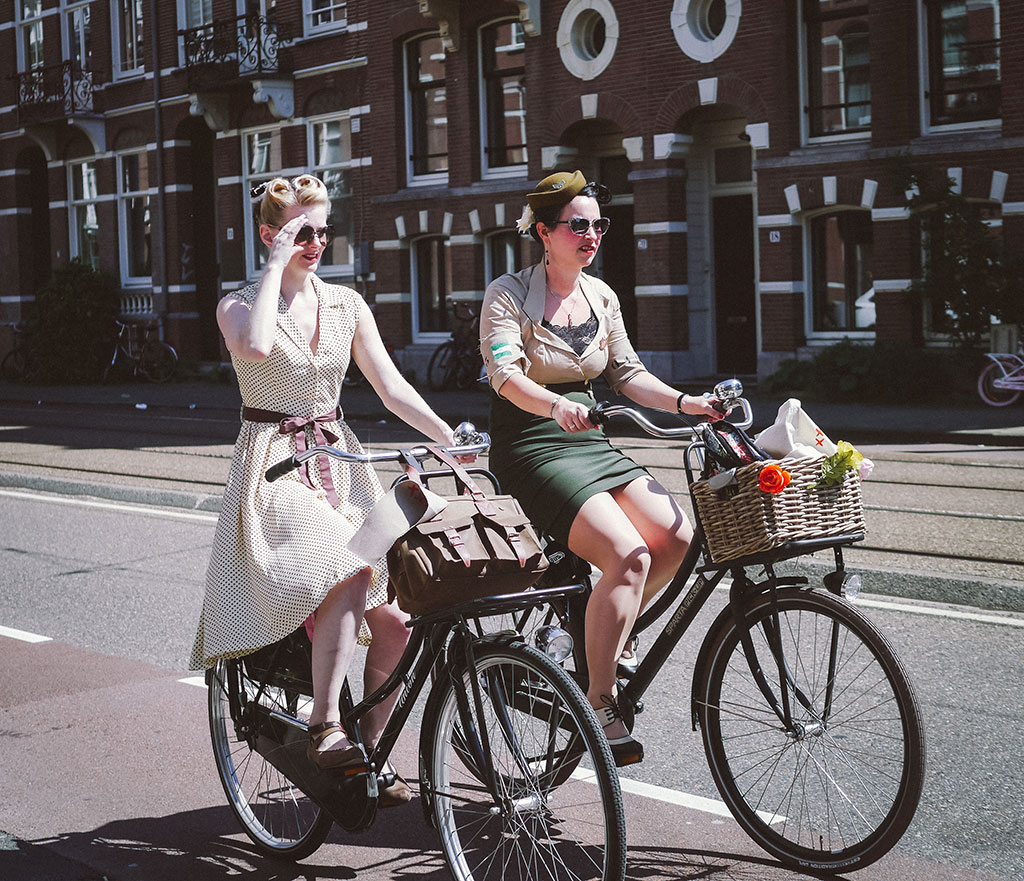 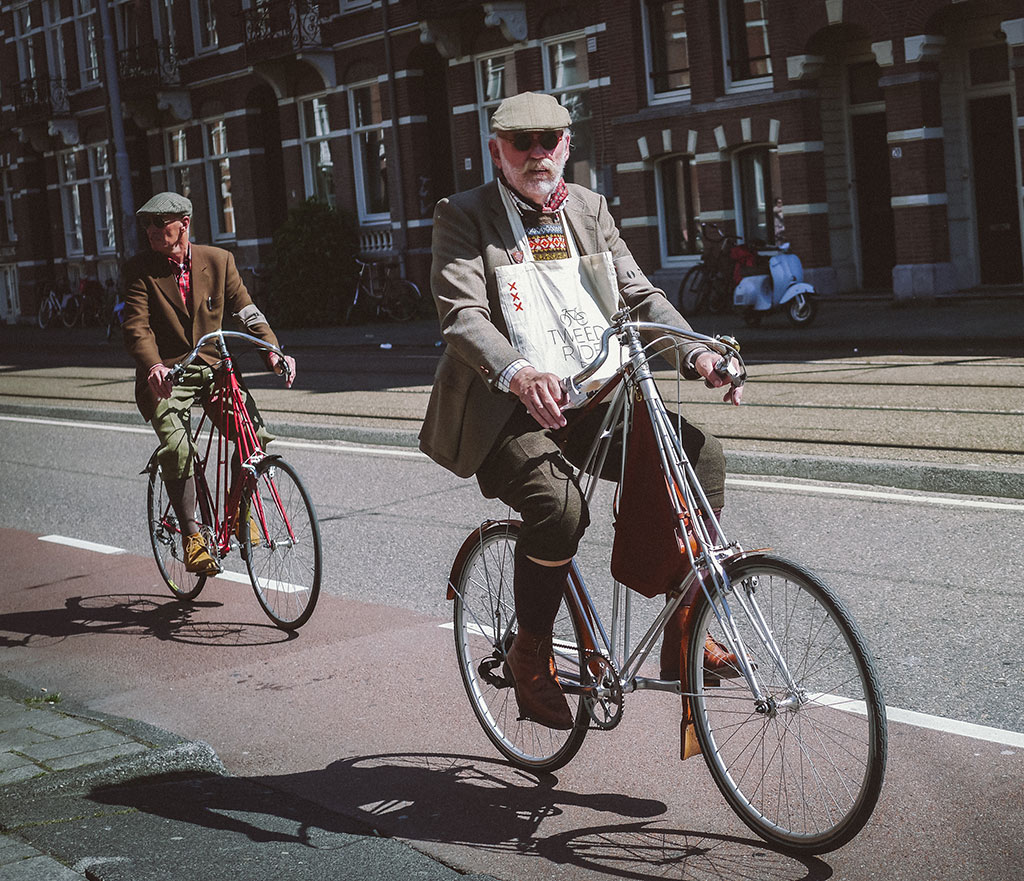 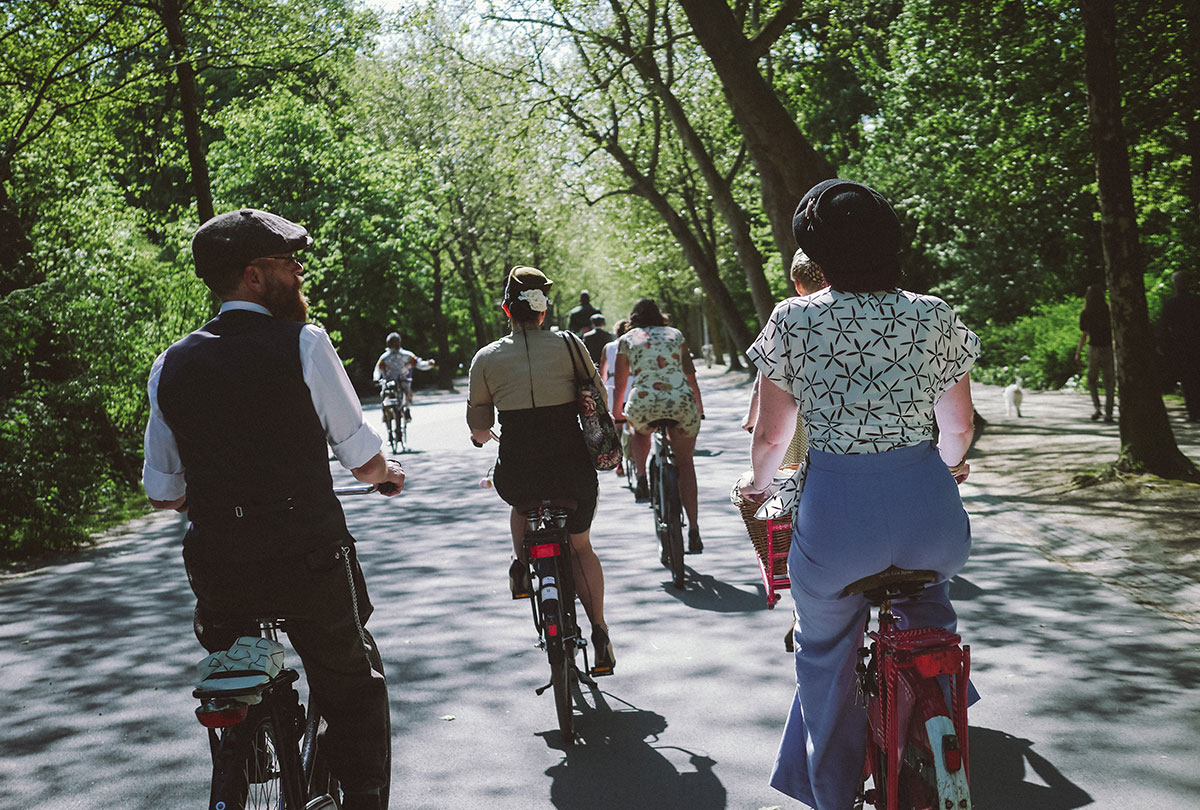 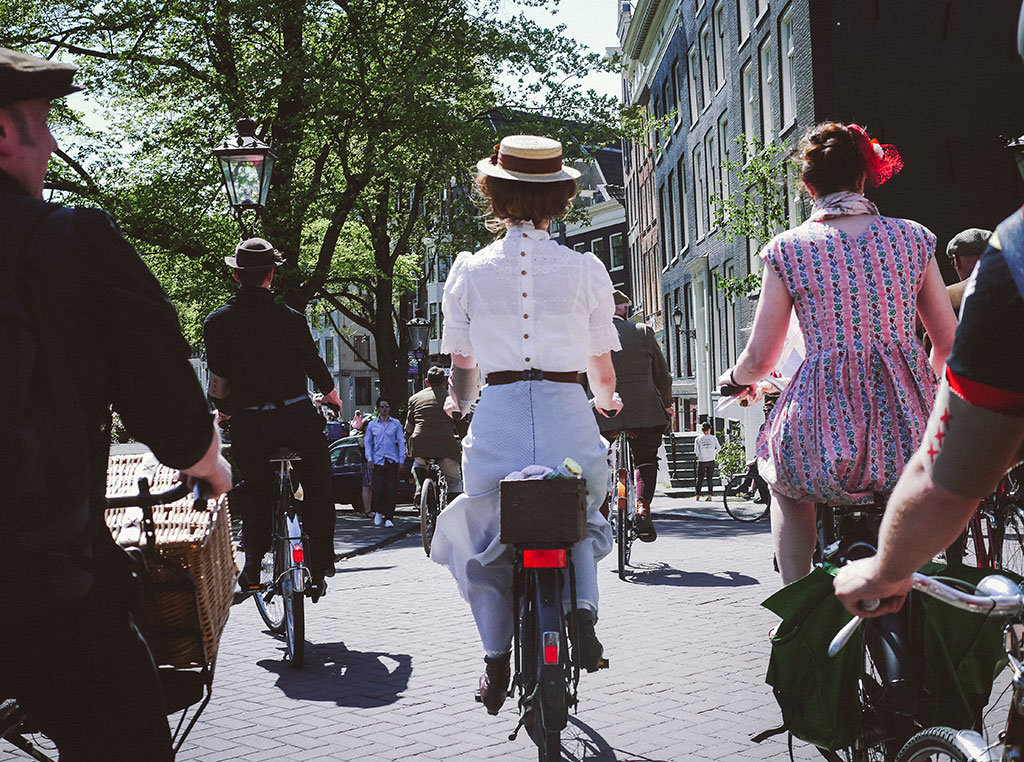 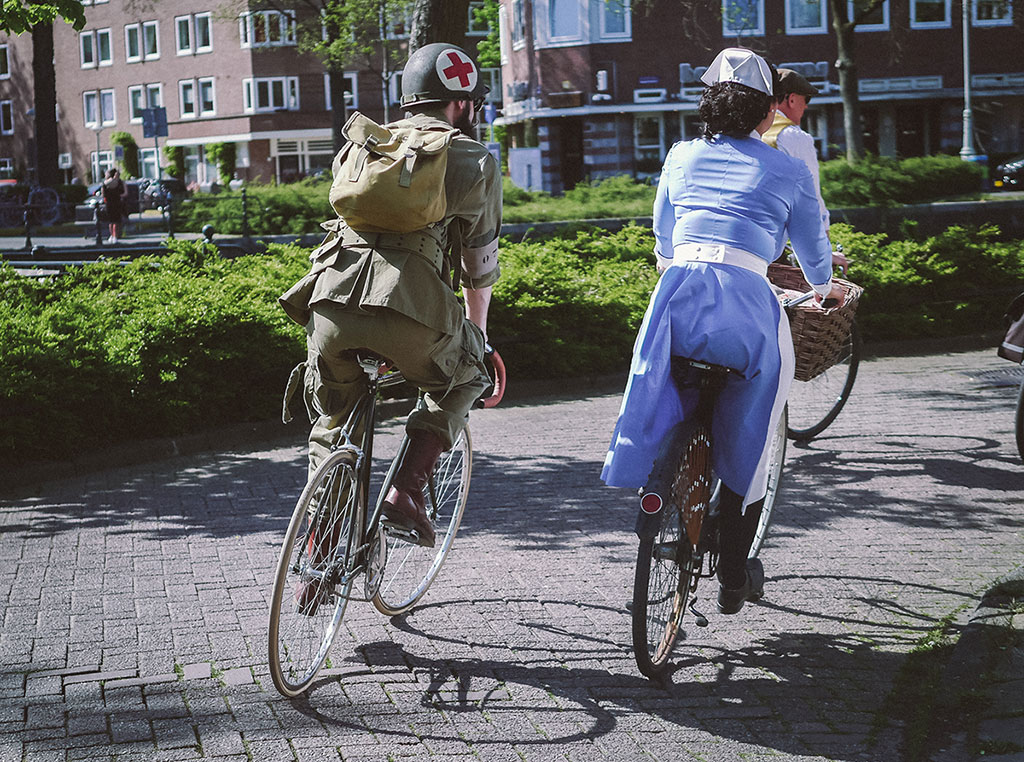 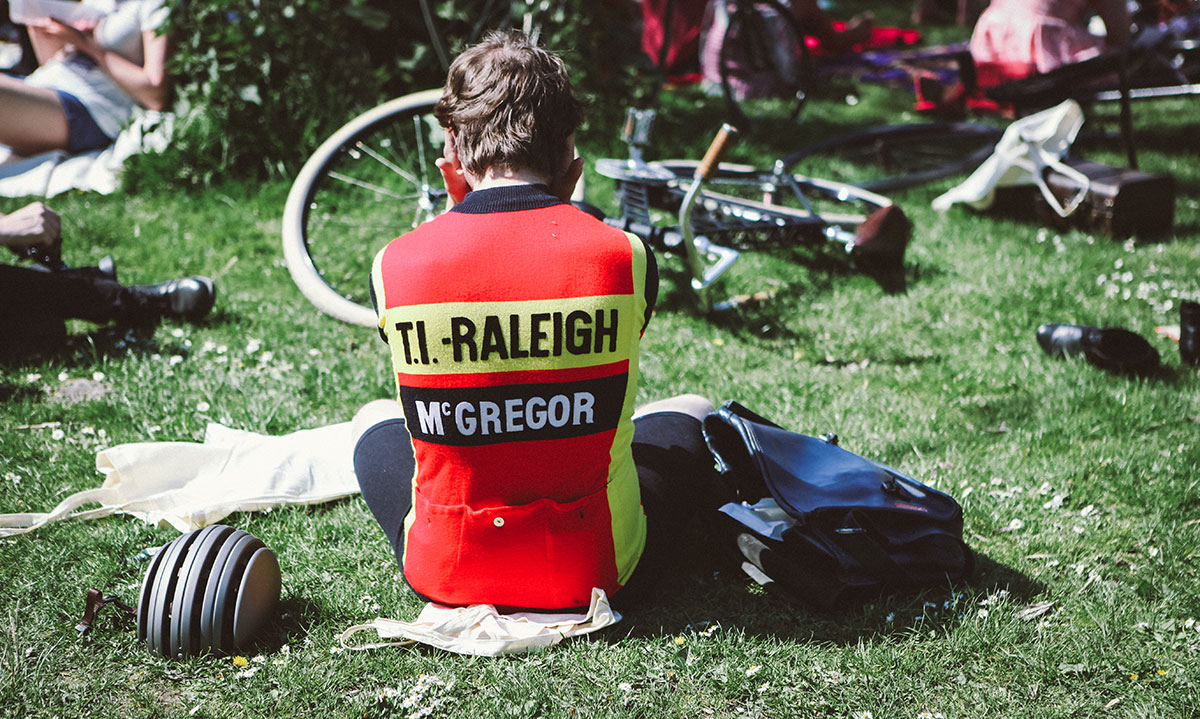 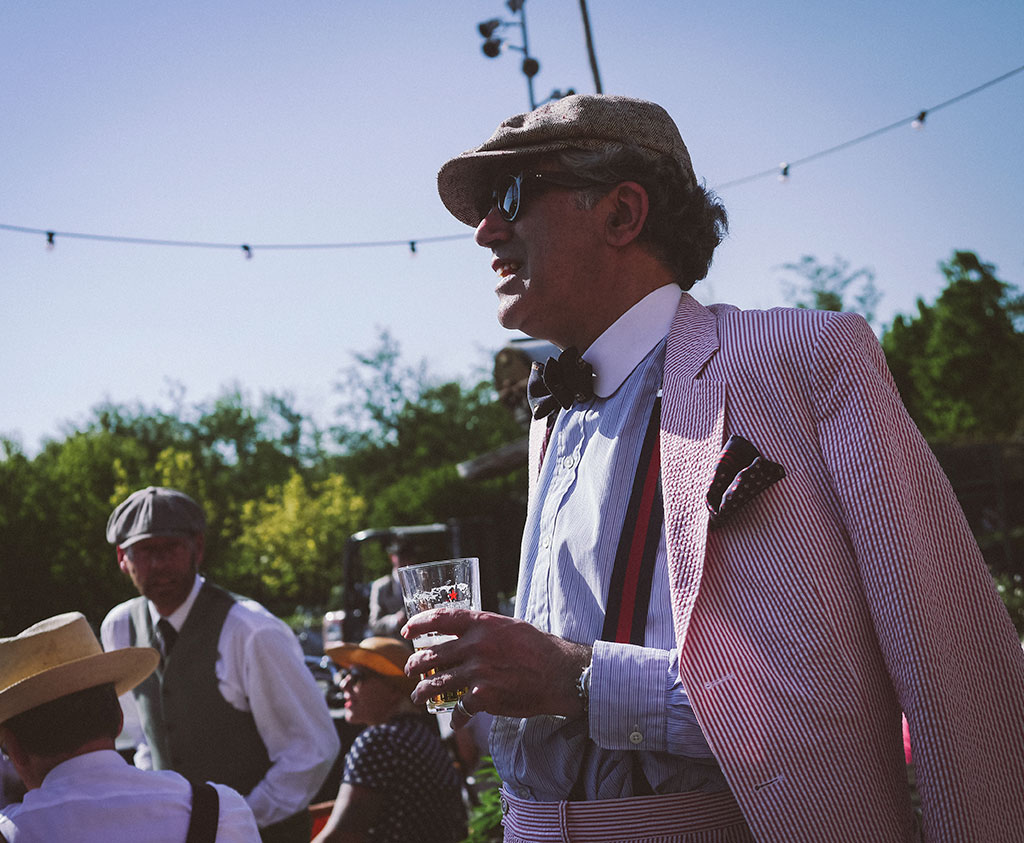 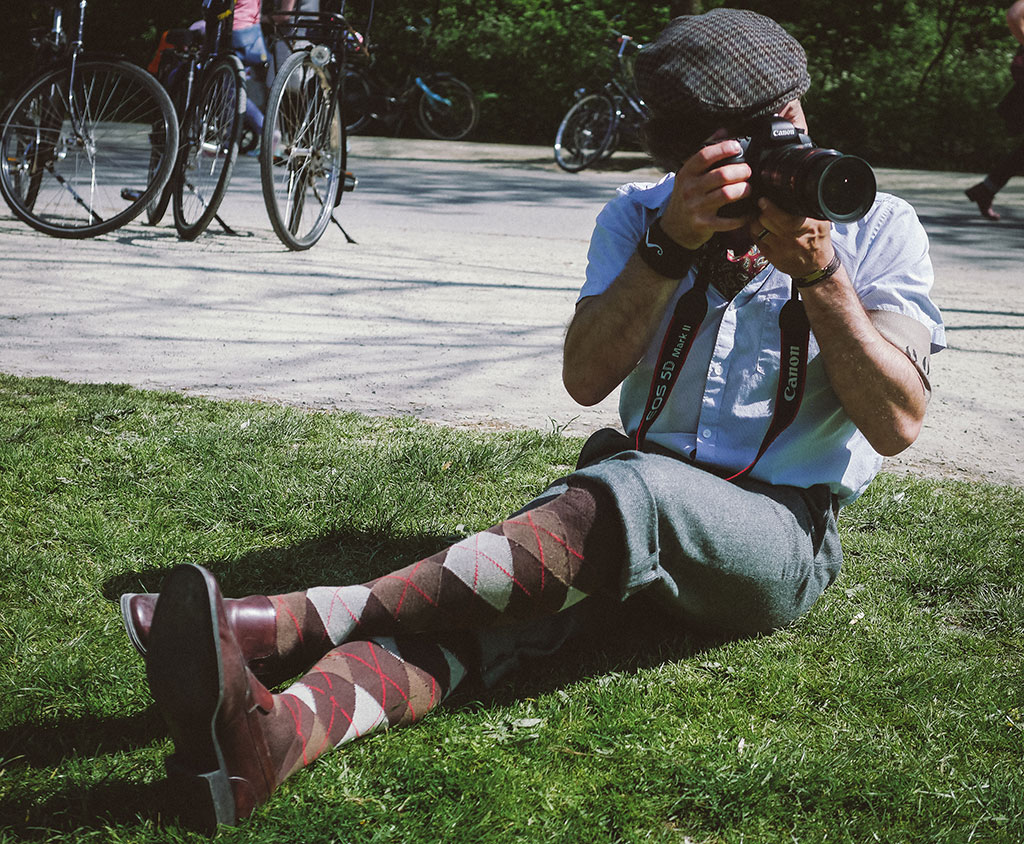 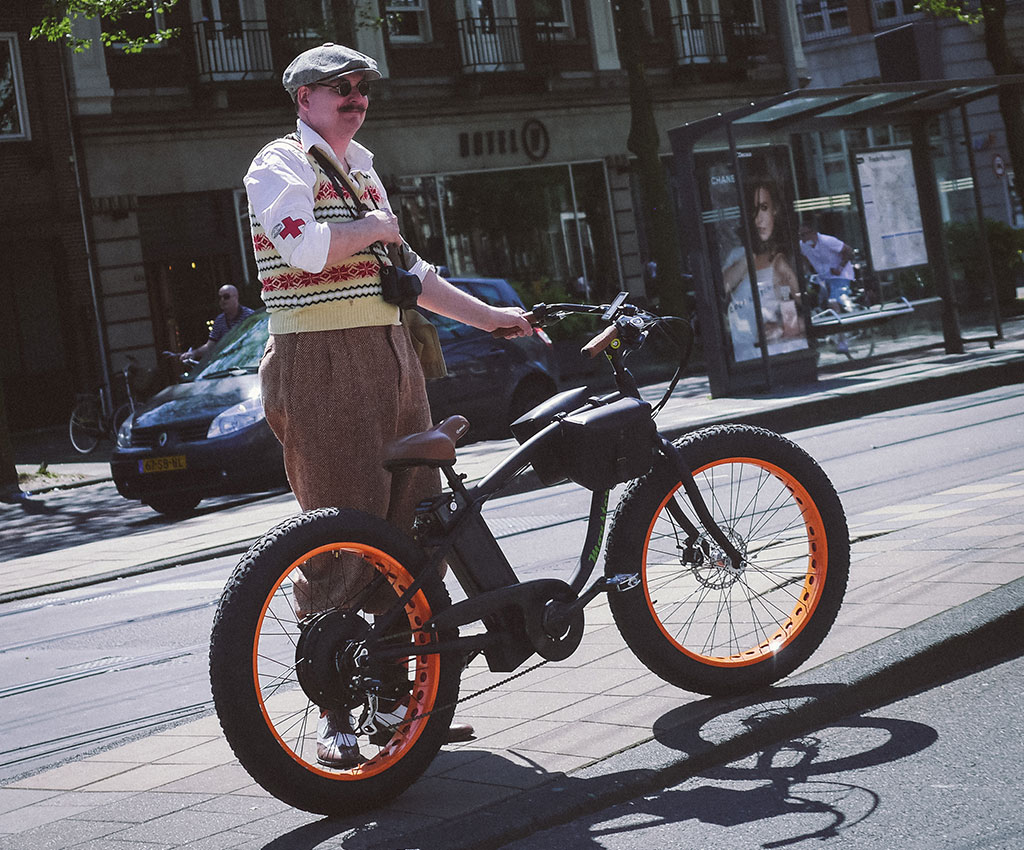 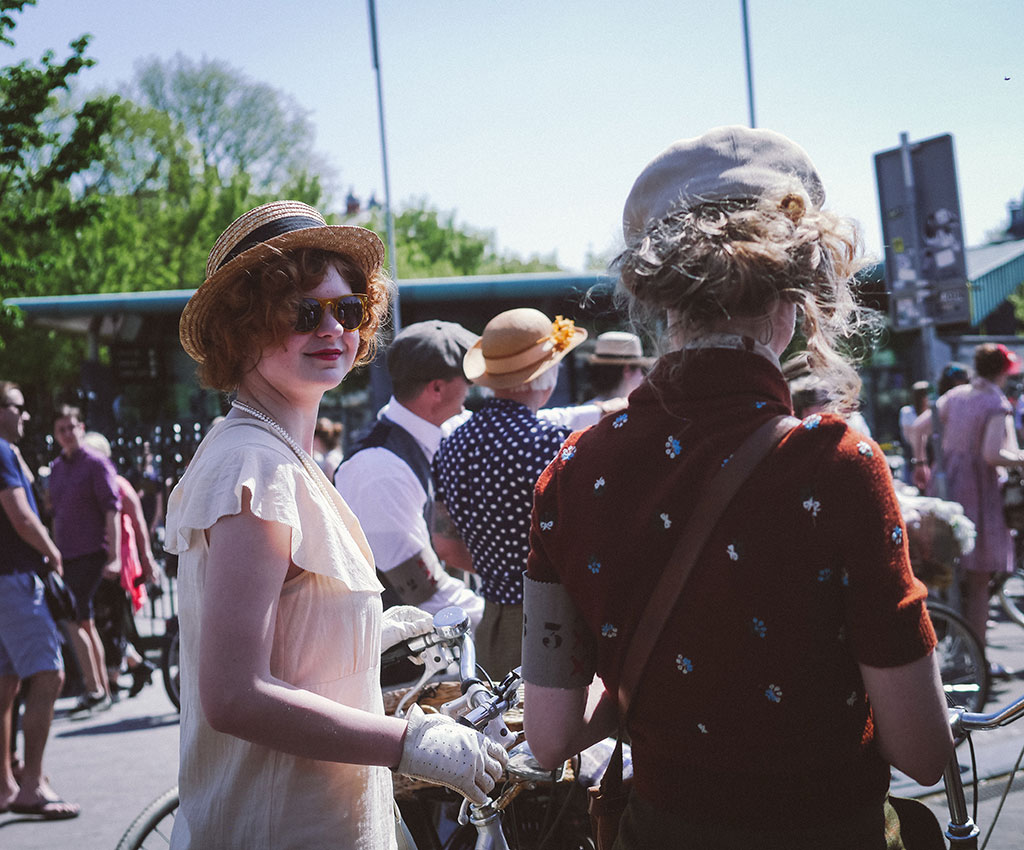 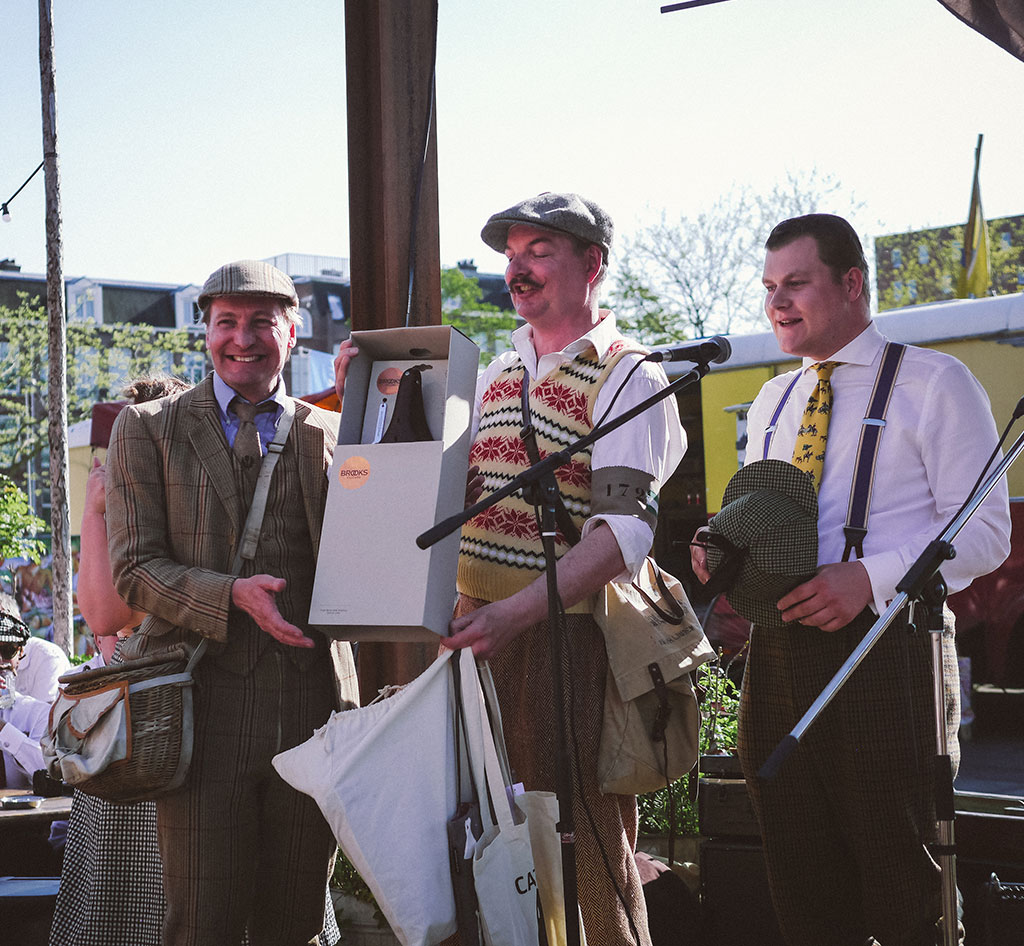 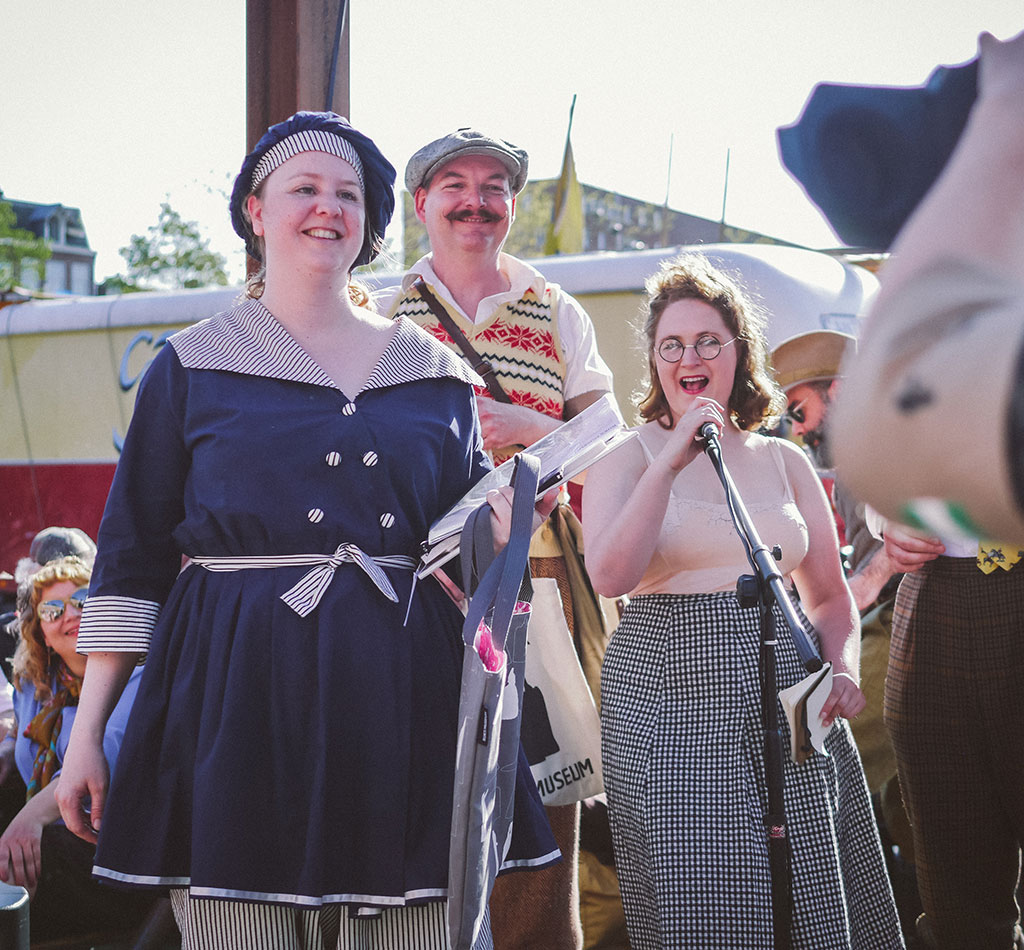 Winner of the Best Dressed Lady 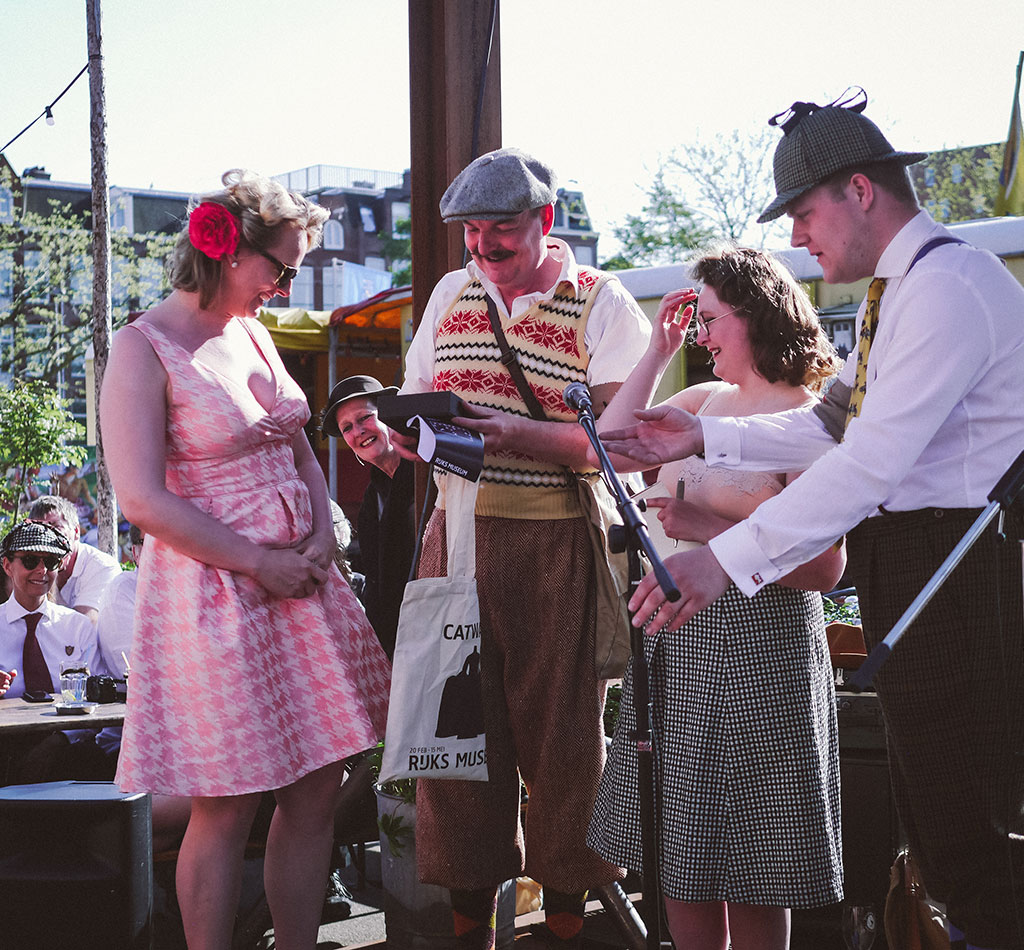 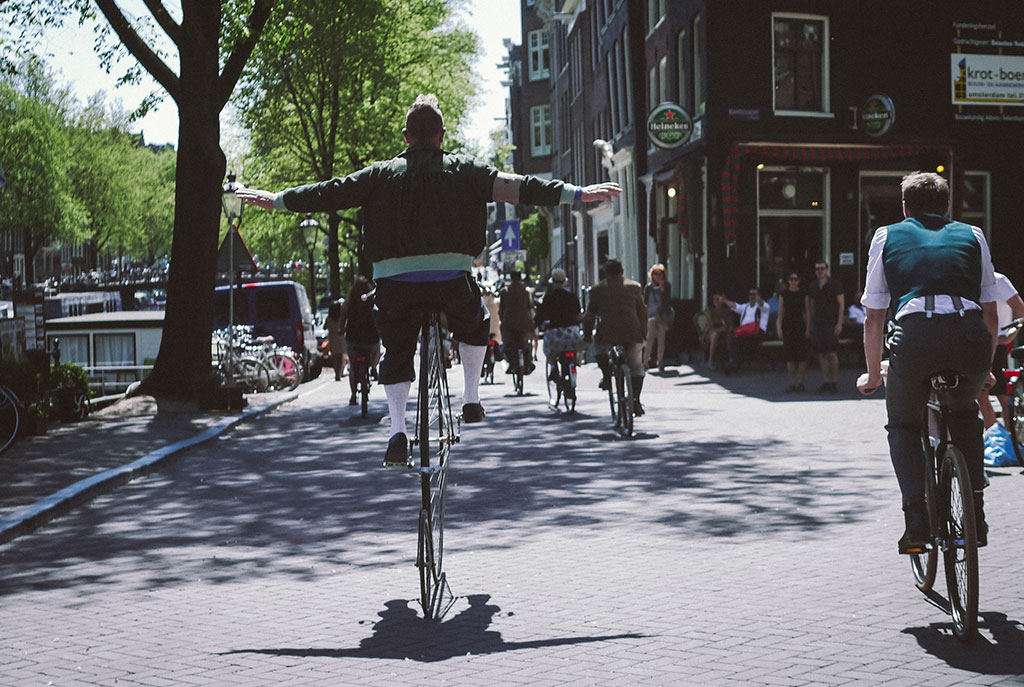 My first Tweed Run in London