Starting off a little differently

This years Tweed Run in London began with brunch at the Bourne and Hollingsworth restaurant. Participants filtered into the gathering point at Spa Fields Park, met with plenty of cameras eager to capture the pinnacle of vintage style. 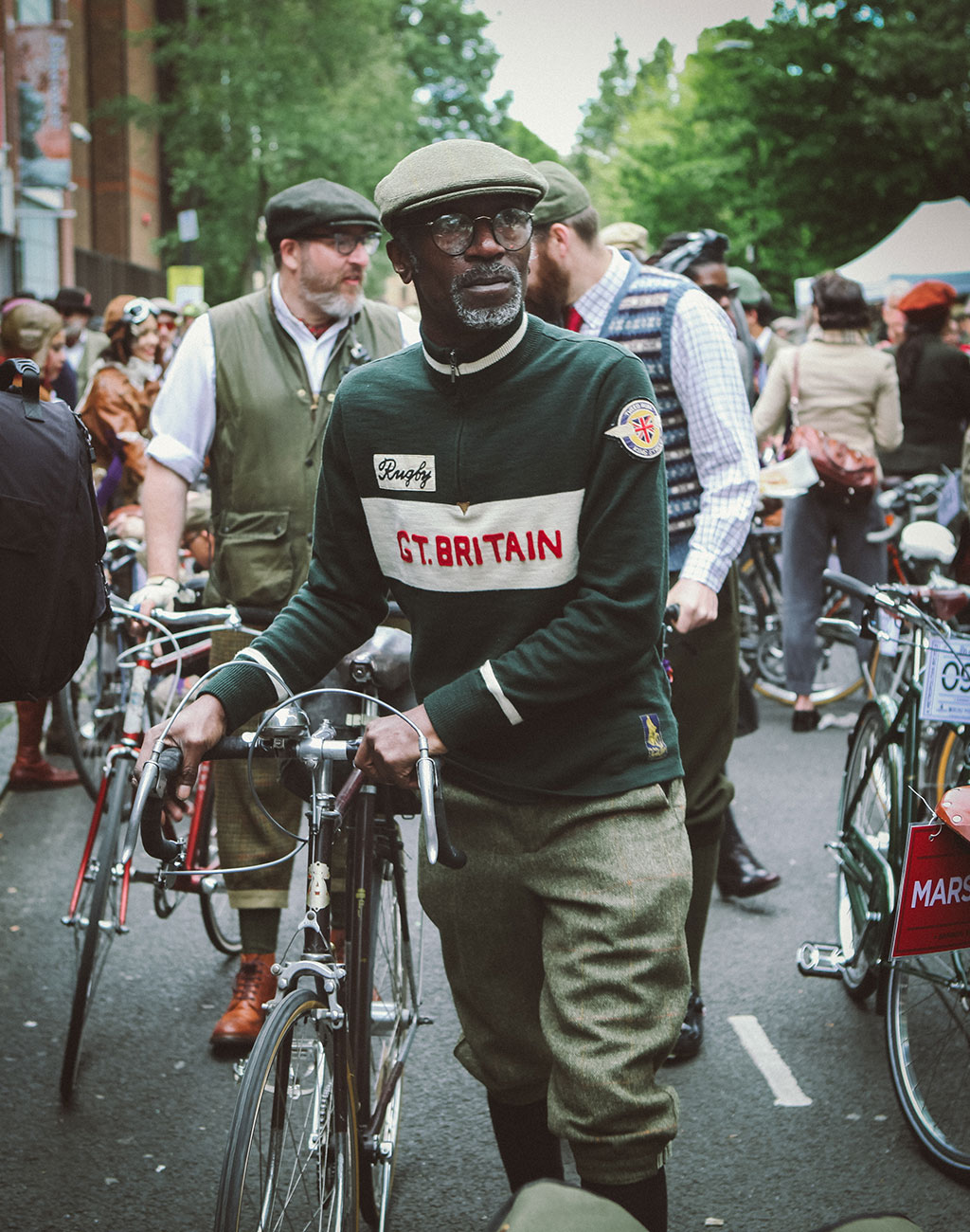 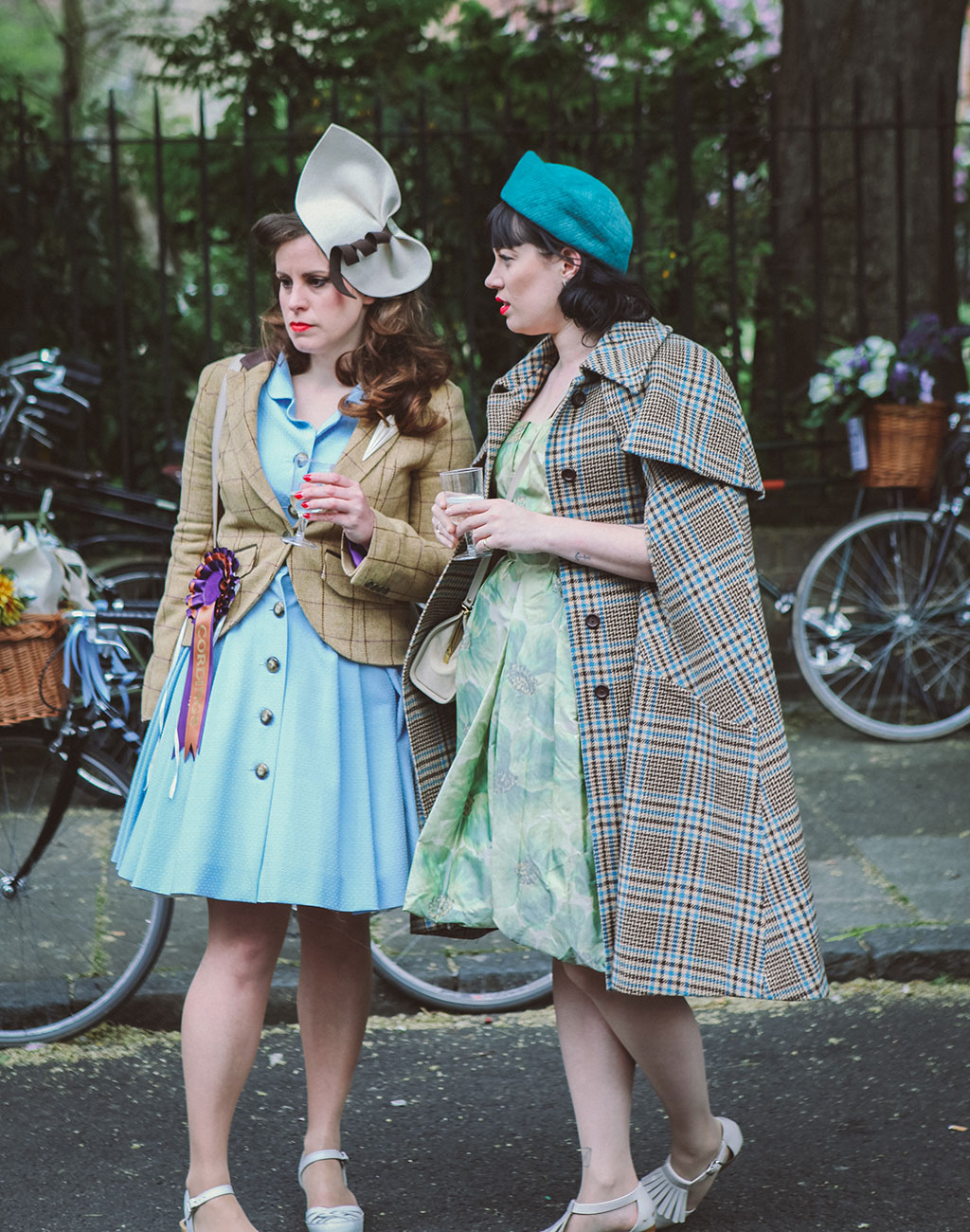 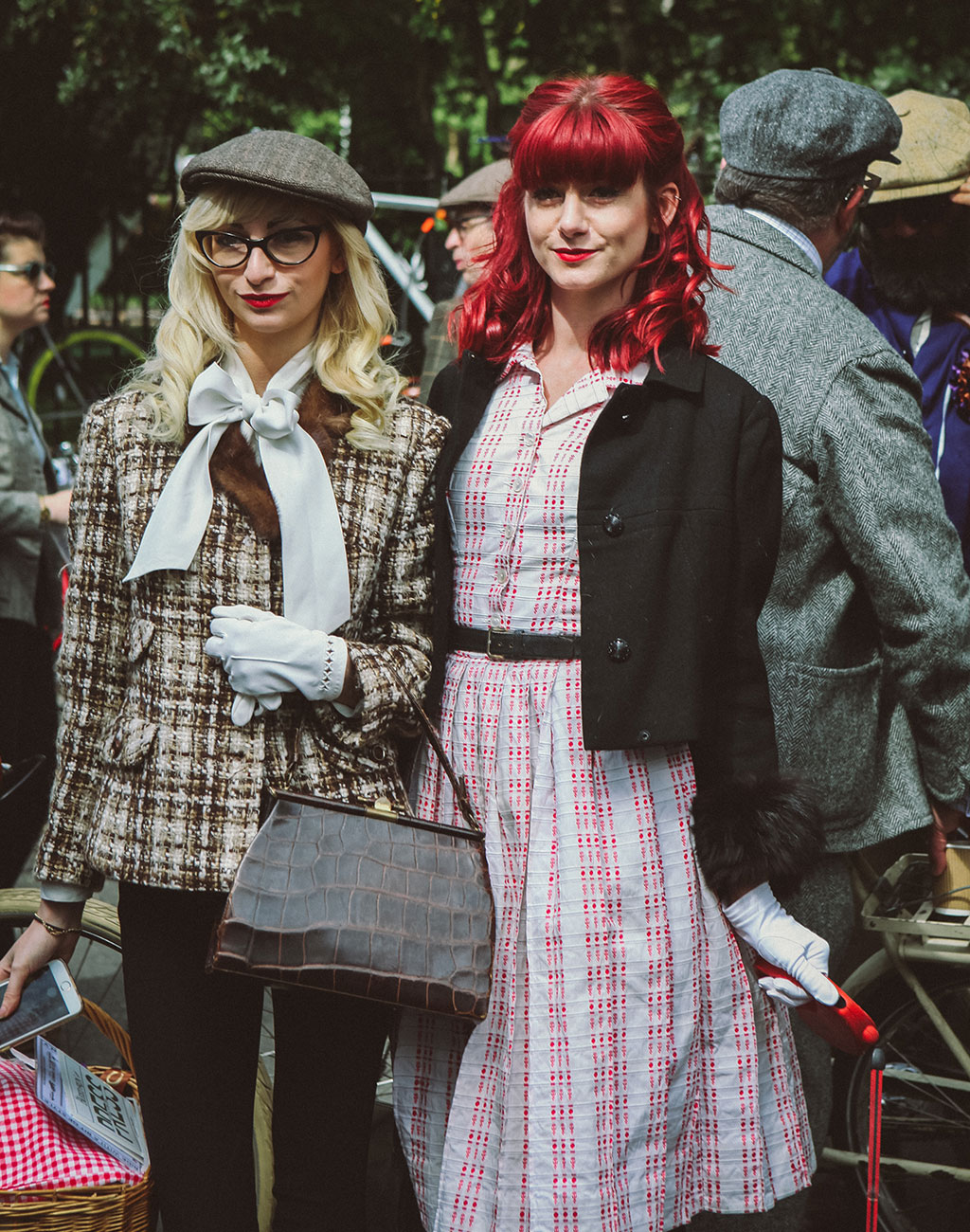 There was extraordinary energy in the air as this year’s event felt and looked bigger than ever. This was clear from the start, as the mass of bicycles inched forward like a cruise ship leaving the dock.

There are rumours that Tweed Run may change its name to Tweed Crawl. Okay, I admit that may have just now started this rumour. But with hundreds of bicyclists moving like molasses through the streets of London, it was difficult at times to get any sort of momentum. But this did little to dampen spirits. At one particular pause, the pop of a champagne bottle was met with cheer as some participants decided to break out the bubblies. 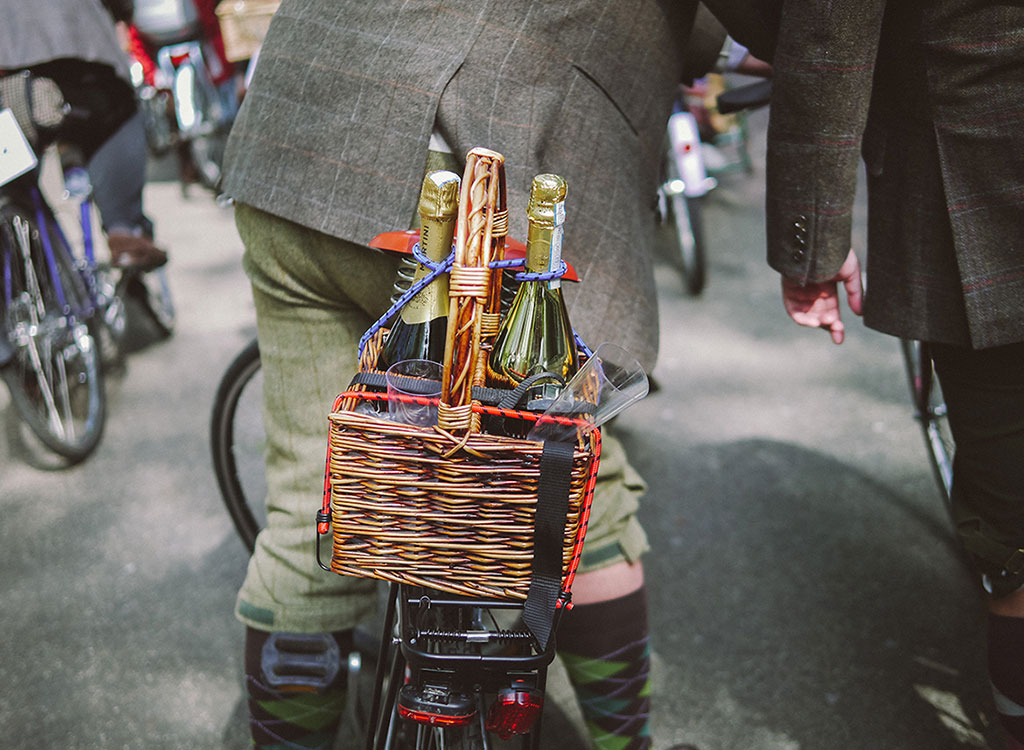 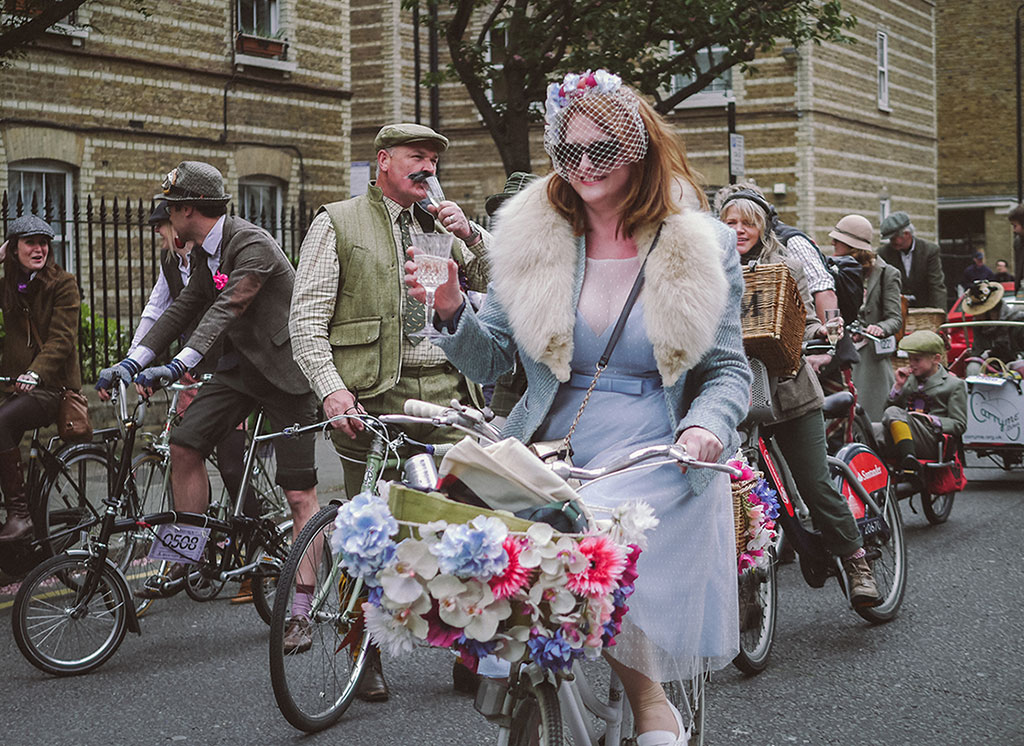 Break out the bubblies

Our first rest stop was a tea break at Tavistock Square Gardens. In short order, we were back on the streets and continued along the route before settling down at Hyde Park for a picnic. Hundreds peppered the grass and gorged on a pleasant assortment of snacks from our lunch hampers. Once again, there were sounds of popping corks as many brought their own bottles of champagne. After posing for a group shot, we got back on our bikes and rolled through London much to the pleasure of bystanders and riders alike. 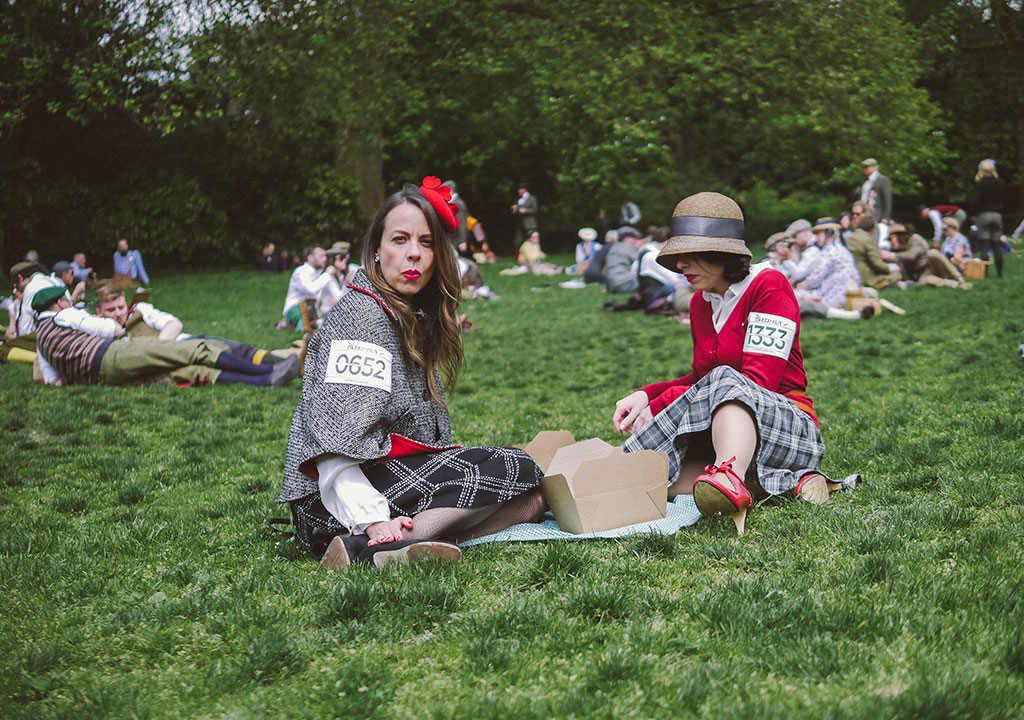 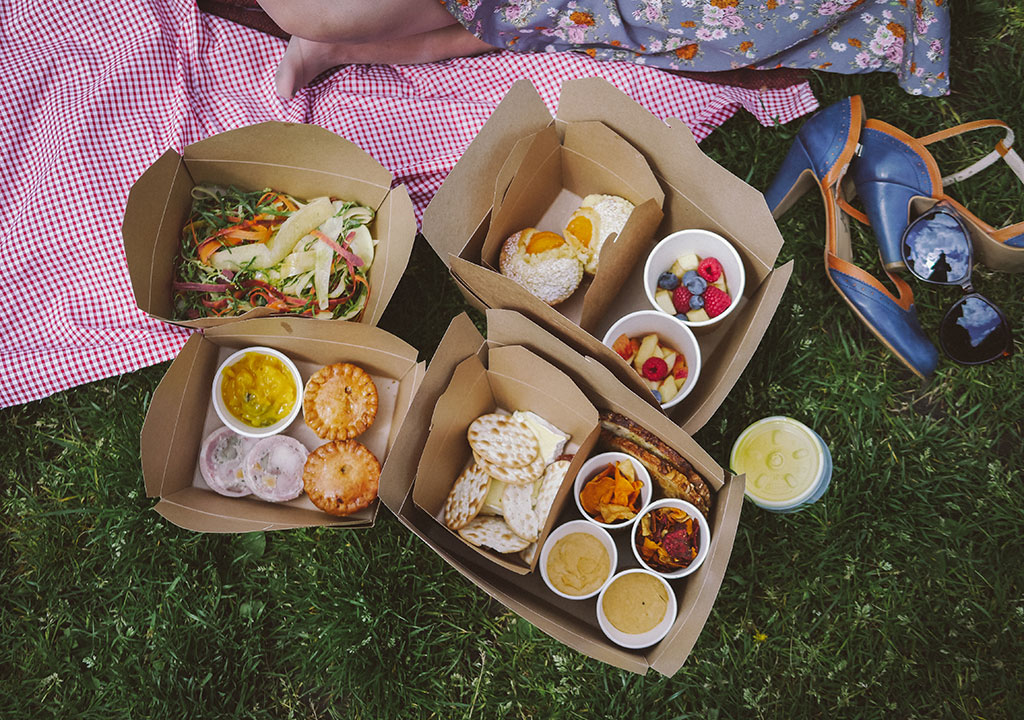 I thoroughly enjoyed cycling through pockets of heritage and quiet neighbourhoods, more so than passing by the familiar sights of London. The group now felt more dispersed and I was cruising comfortably in second or third gear.  But by days end, many were slowing down which eventually led a posse to break from the ride and stop at a pub. This caused confusion as many were in agreement even though a Marshall pleaded that “this is not a sanctioned stop!”  This was politely dismissed as a pint of beer looked mighty good at this point. 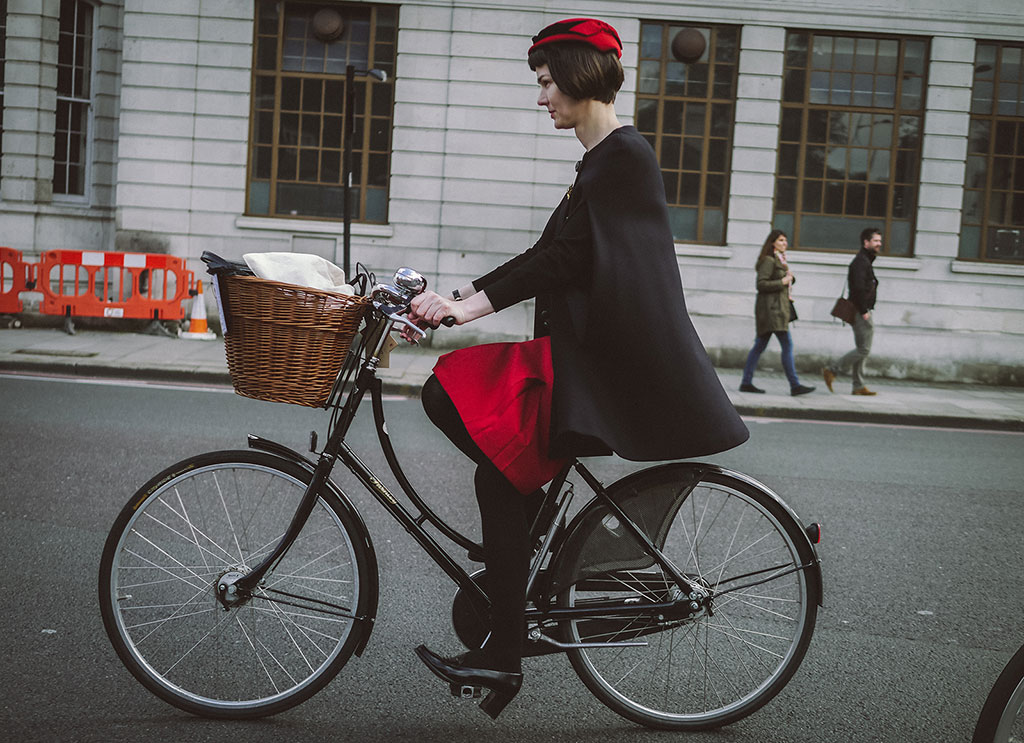 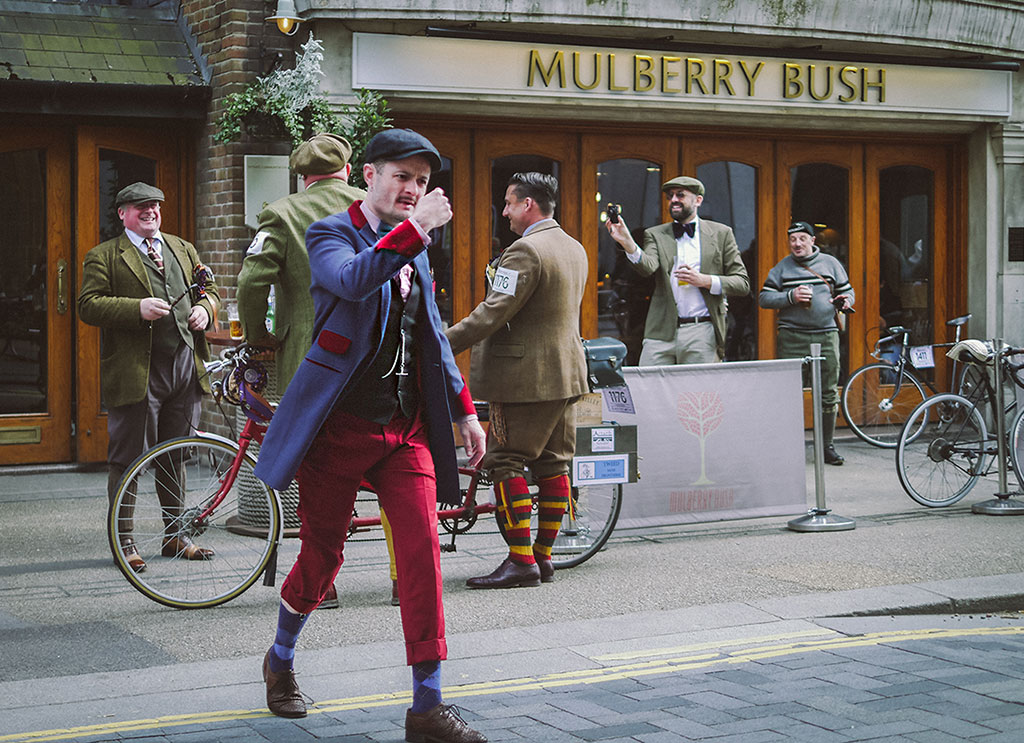 Back to where we began for the closing ceremonies

We ended back where we began. The closing ceremonies featured swingin’ live music, awards  and plenty of gin. The weather participated admirably and it was a fine end to the day. Tweed Run 2016 brought the best of what one may expect while certainly keeping my interest perked for a return next year. 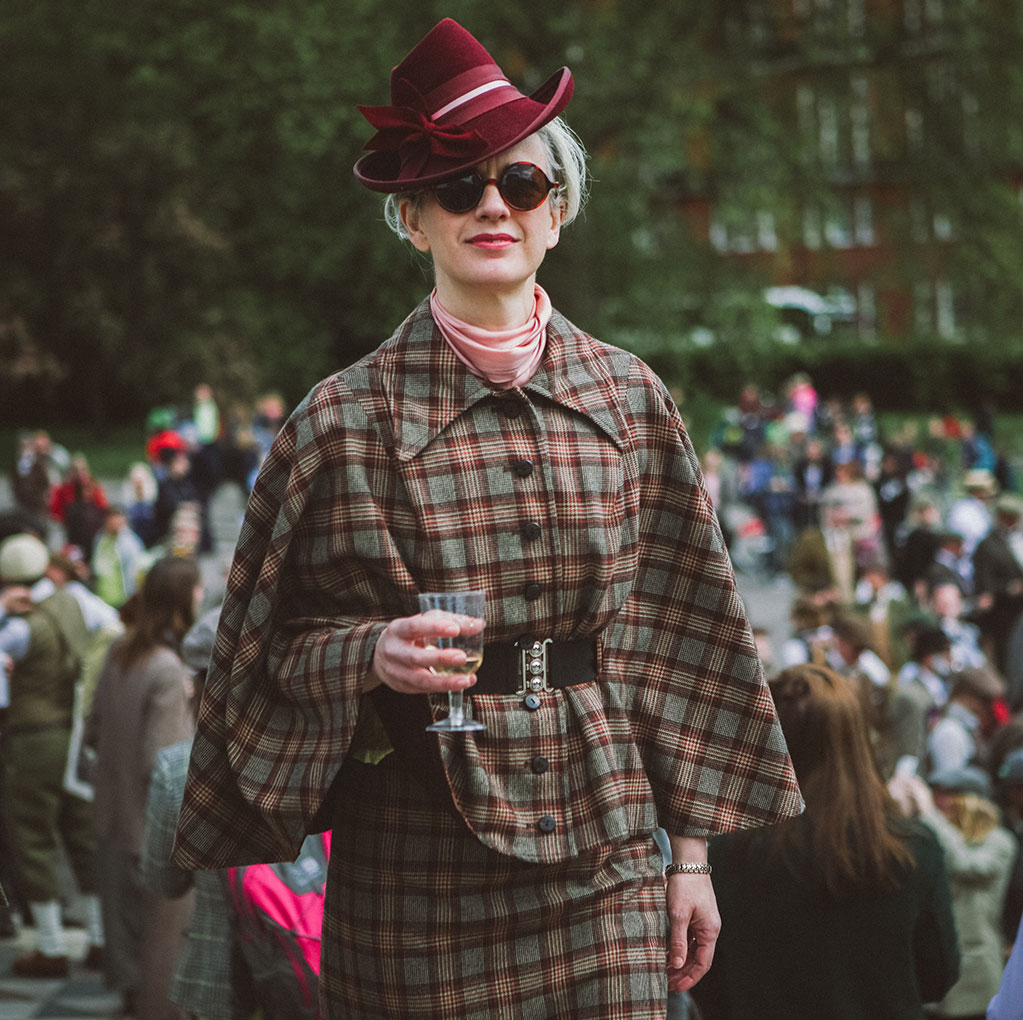 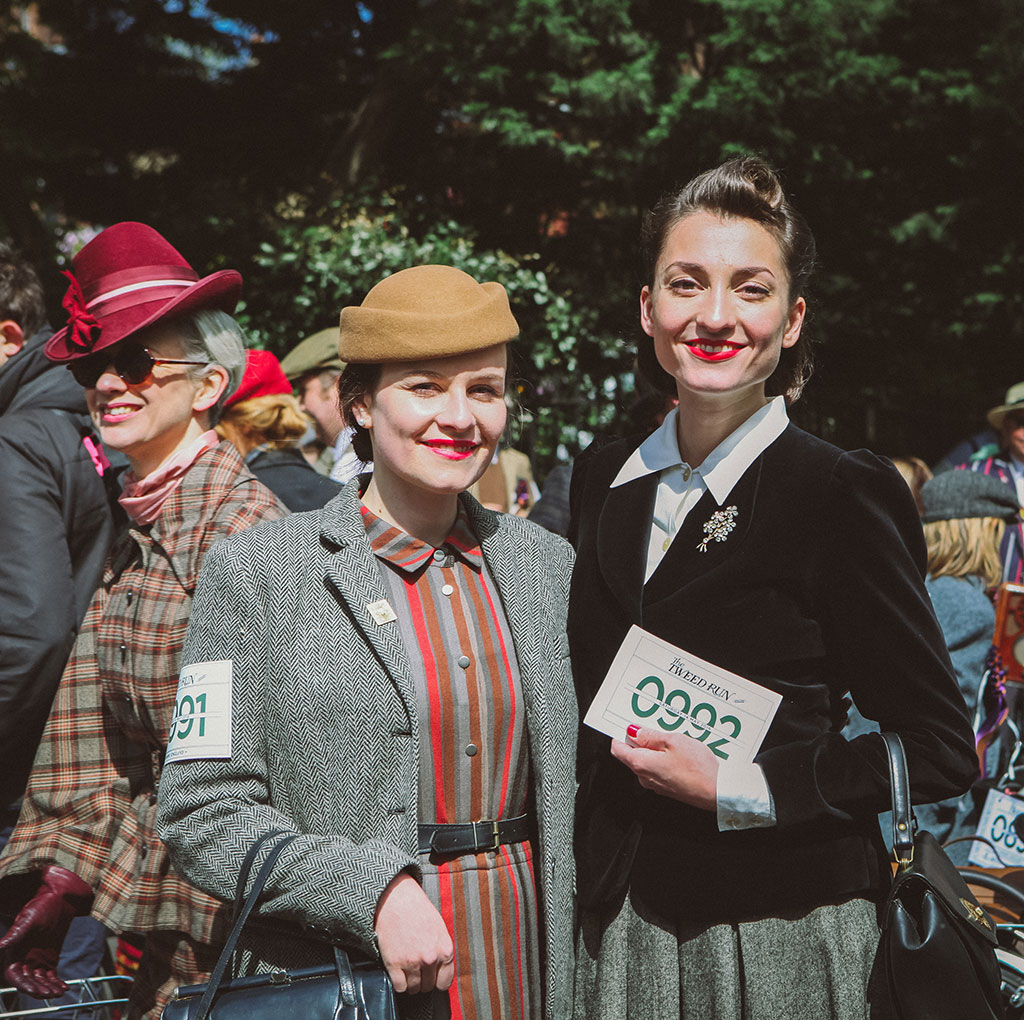 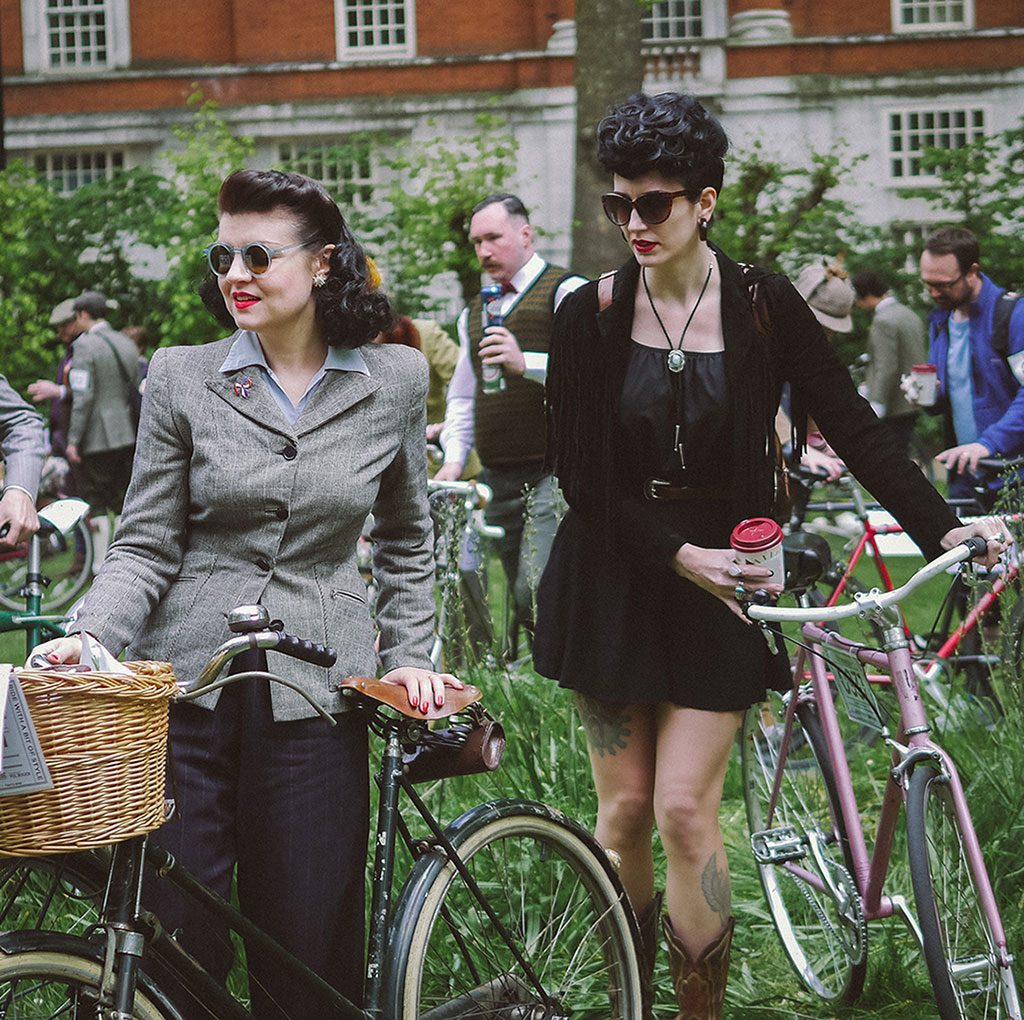 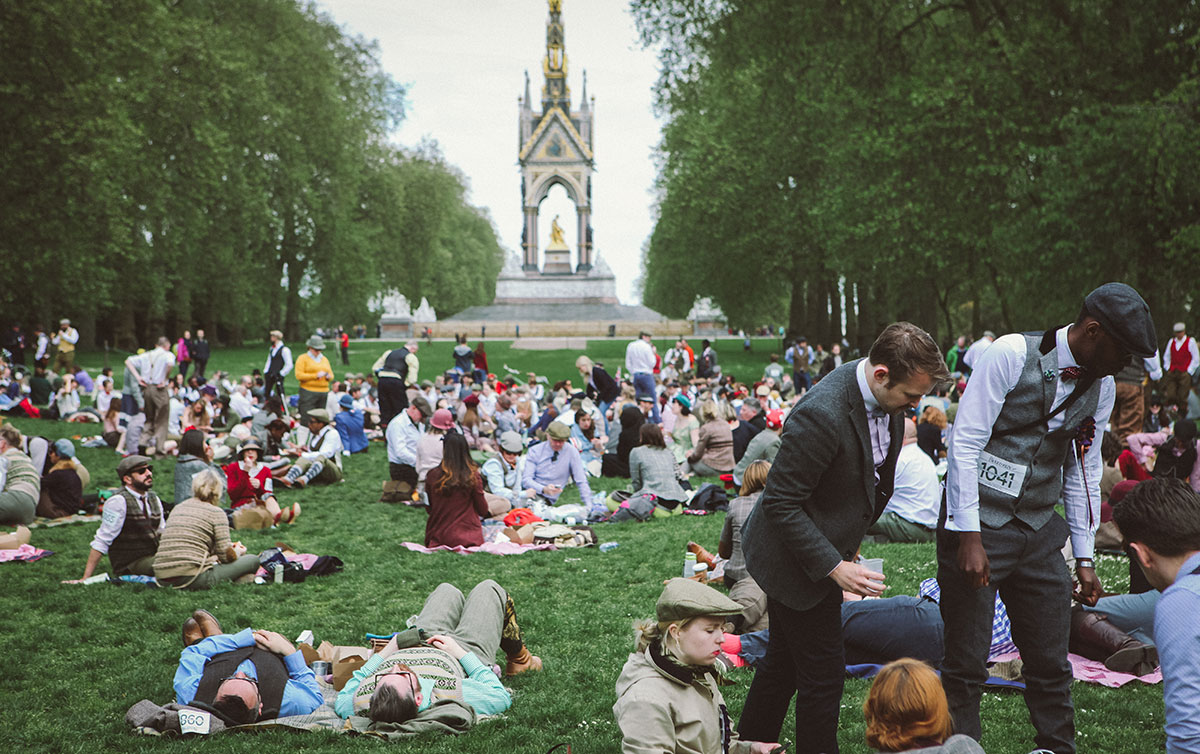 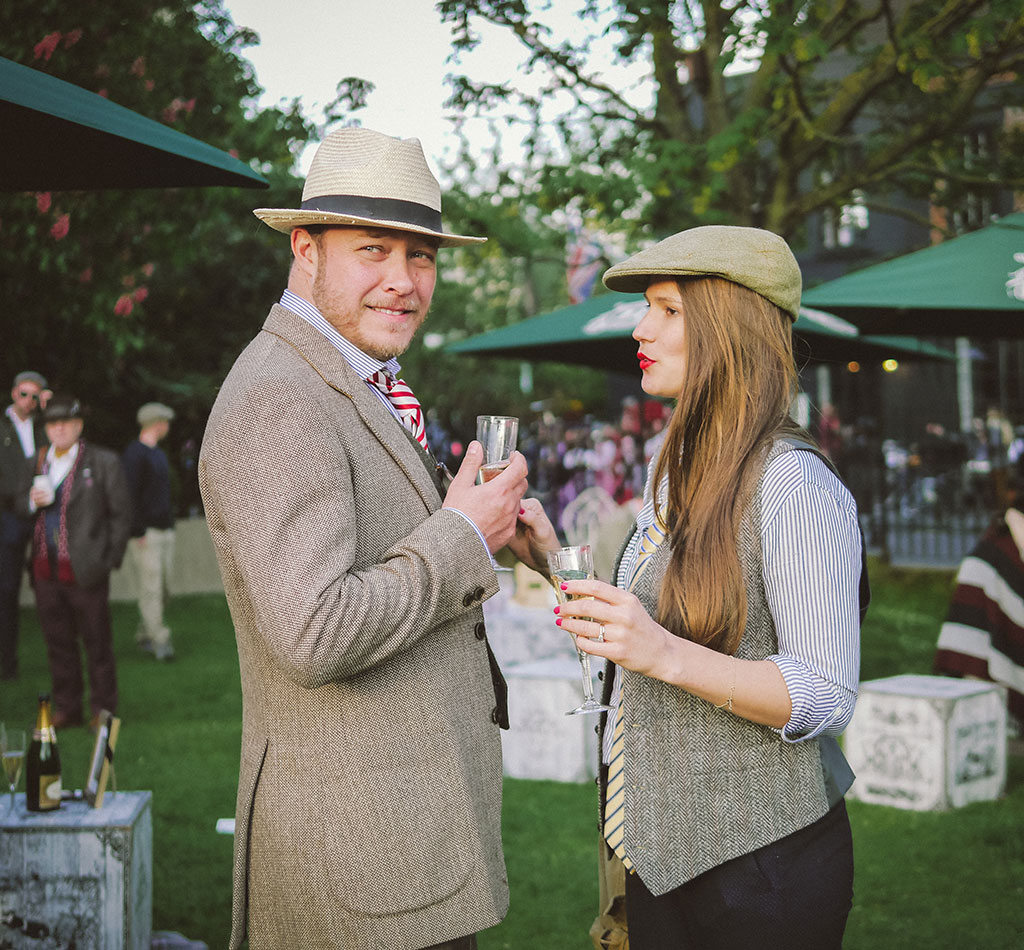 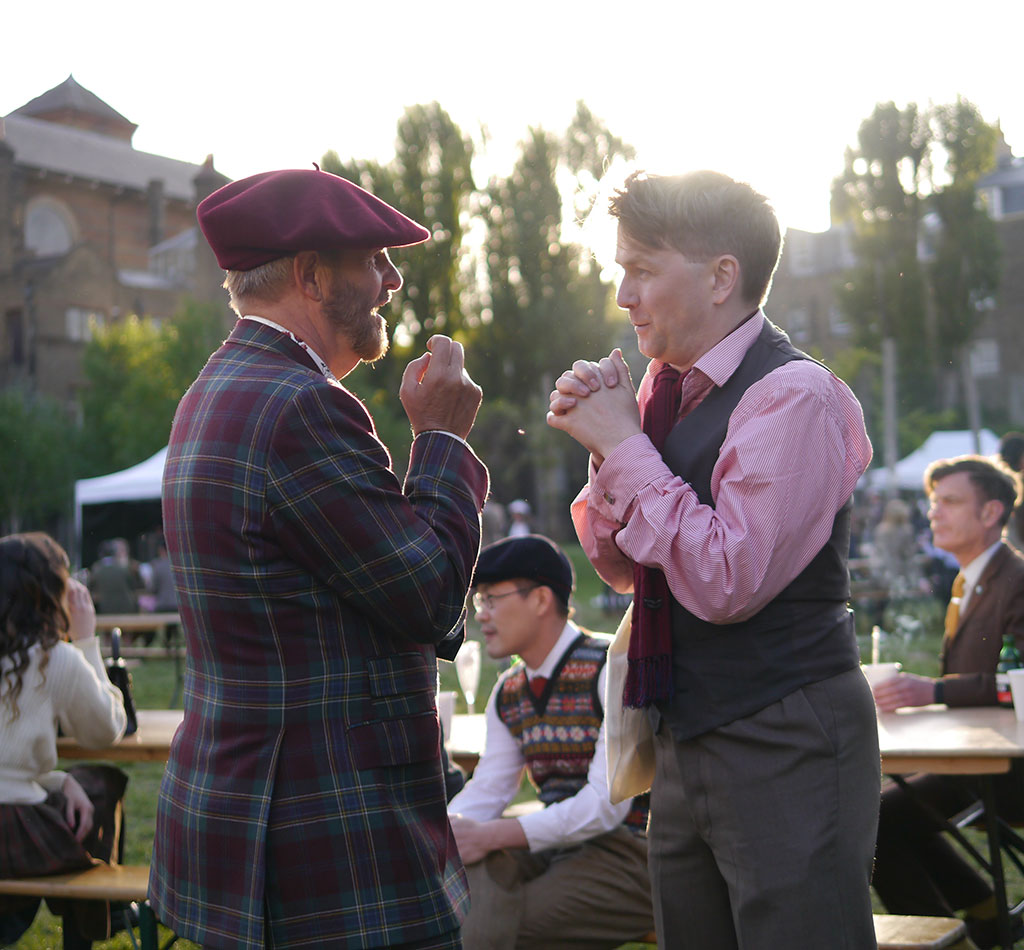 Can I please wear your hat 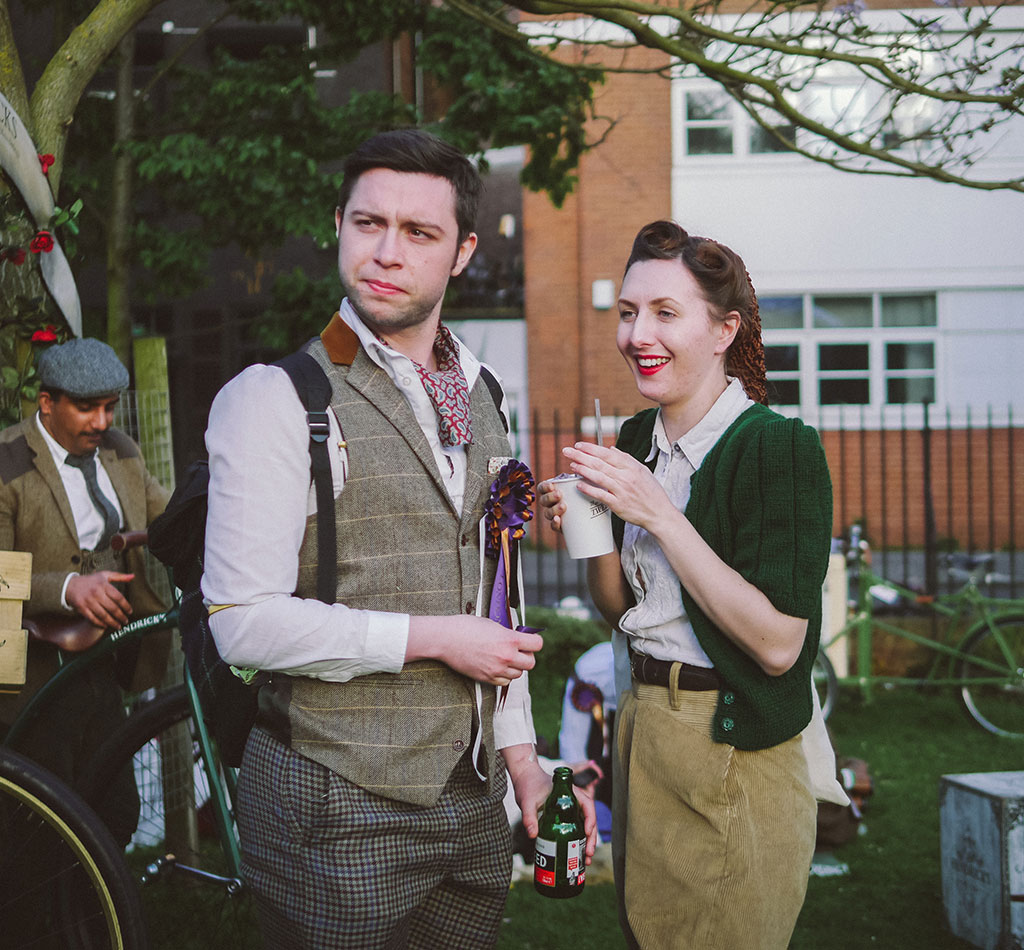 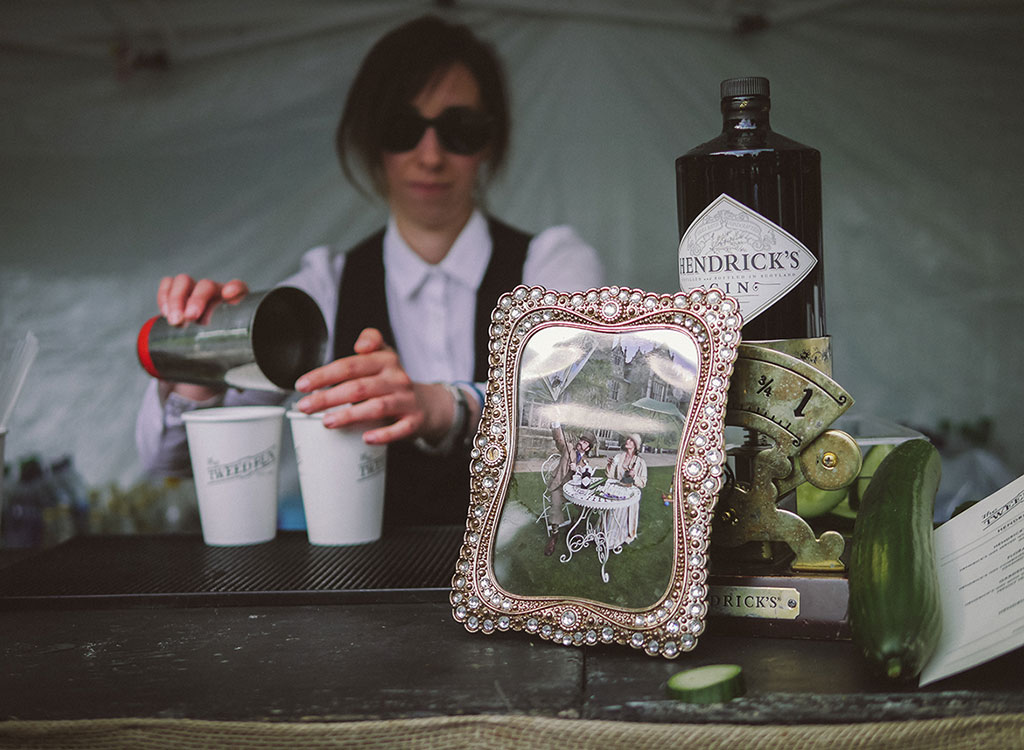 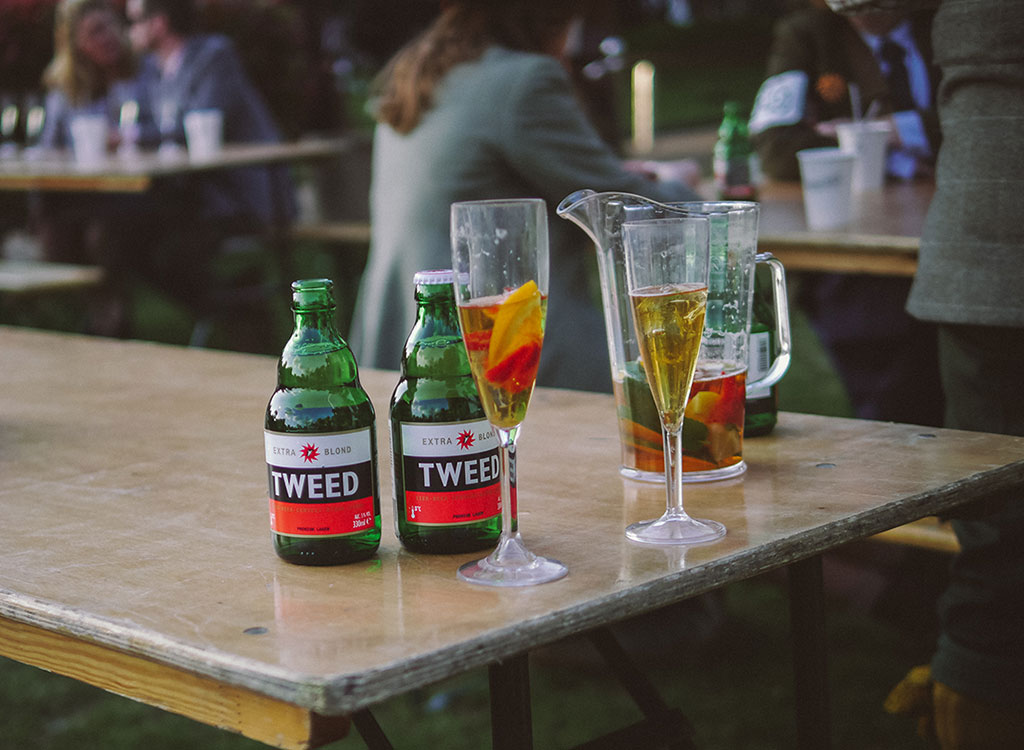 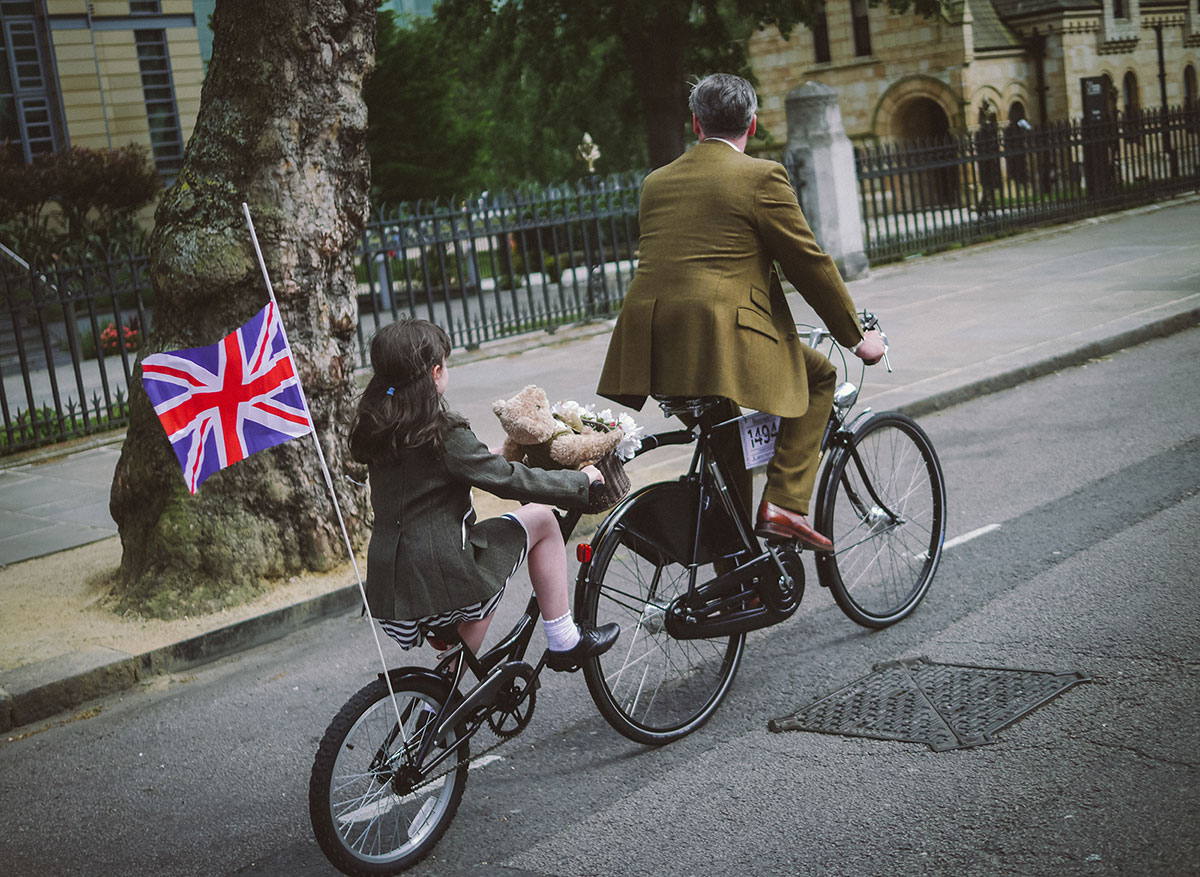