Tweed Run 2018 in London was bursting at the seams hosting the largest event to date with nearly a thousand participants on a day of record-setting temperatures.

Nigel joins me from Amsterdam

It was my fourth consecutive year visiting the UK for the event. I flew over from Amsterdam with my family, cameras and Nigel, my Brompton M3L (yes I name my bikes) to join the multitude of Bromptons trying to assimilate into a sea of bicycles. The classics and period bikes standout from the crowd and rightfully so, acting as a bastion against the increasing dilution in numbers.

The morning began as folks decked in tweed streamed to familiar grounds at the Imperial War Museum. The marshals scrambled to coordinate the mass migration before we embarked on our journey. Once we set sail, they did a commendable job as always in keeping this titanic afloat for 12 miles through the streets of London.

The first stop at Russel Square

Russel Square was the first stop for tea break. The trek continued in short order as we flanked The Regent’s Park and encircled Camden Market before riding along the towpath of Regent’s Canal. Riding along the path next to the water and trees was a perfect relief from the heat reverberating off the concrete in the city when temperatures hit the mid-20s.

I miss the picnic hampers

We arrived at our next destination at Gasholder Park setting for lunch. We had to fend for ourselves as no picnic hampers were offered this year but there were food options and restrooms available within a short walk. After a drink or four, everyone gathered to pose for the group shot before getting back on the road again.

Another great end to Tweed Run

In a well-organized itinerary, it was just two miles to the end. Everyone filtered into Spa Fields for the closing ceremonies. and the Cycle Revolution festival, celebrating the lifestyle of cycling. It was a perfect culmination of events to bring the 10th anniversary of Tweed Run to an end. 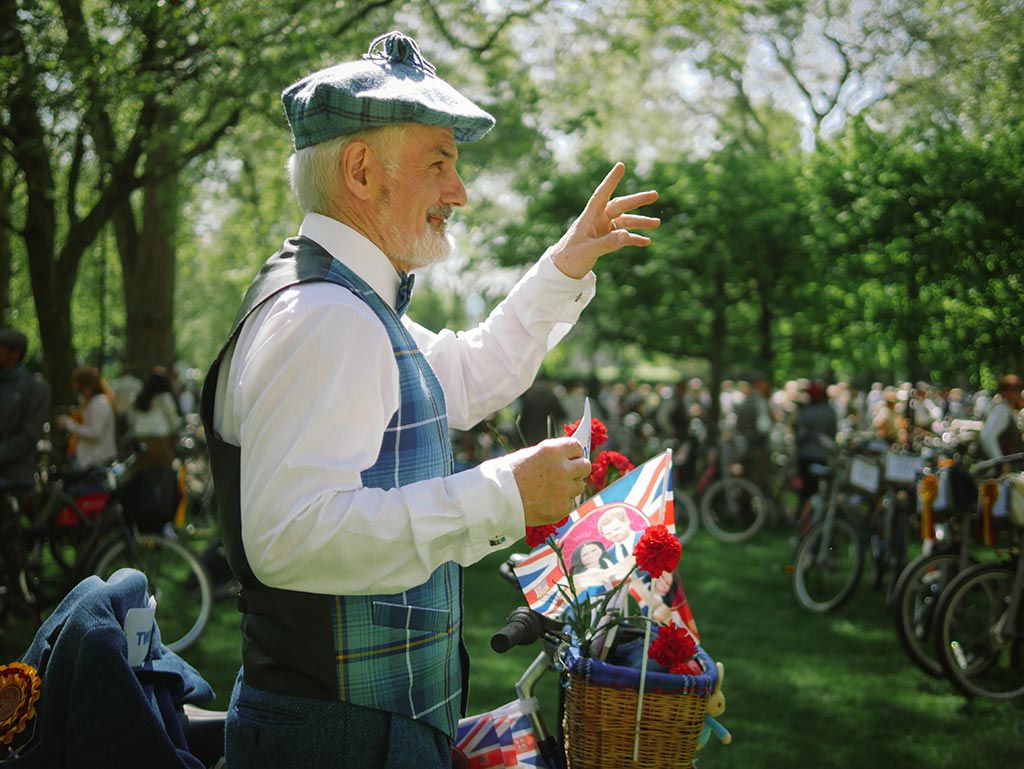 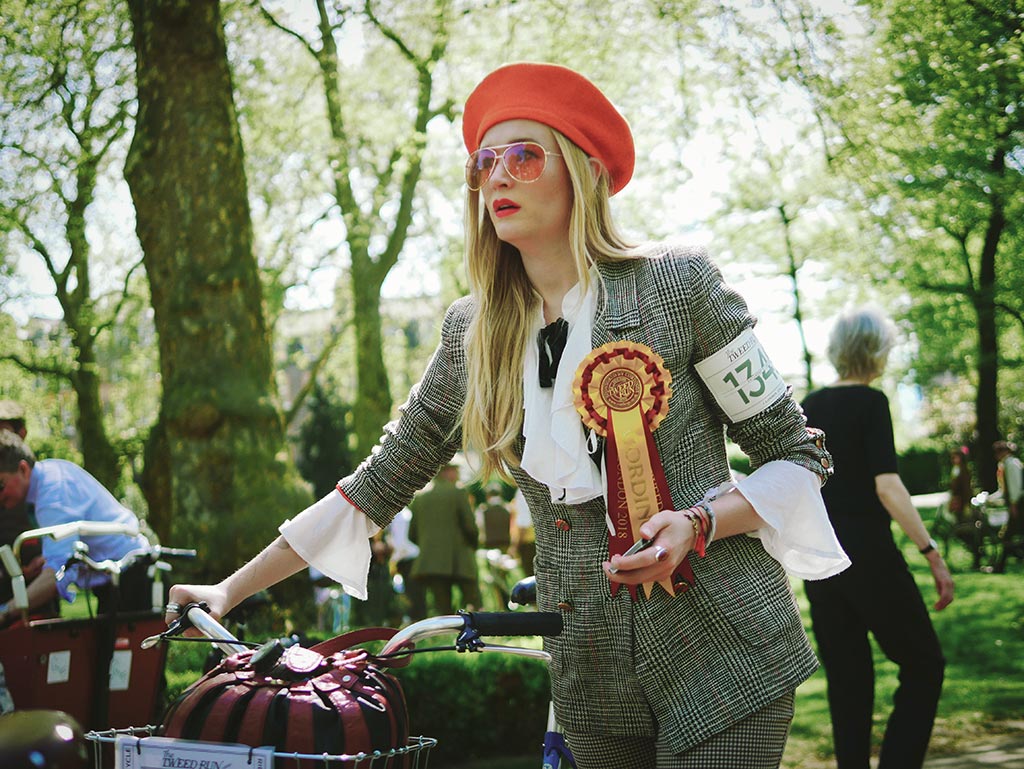 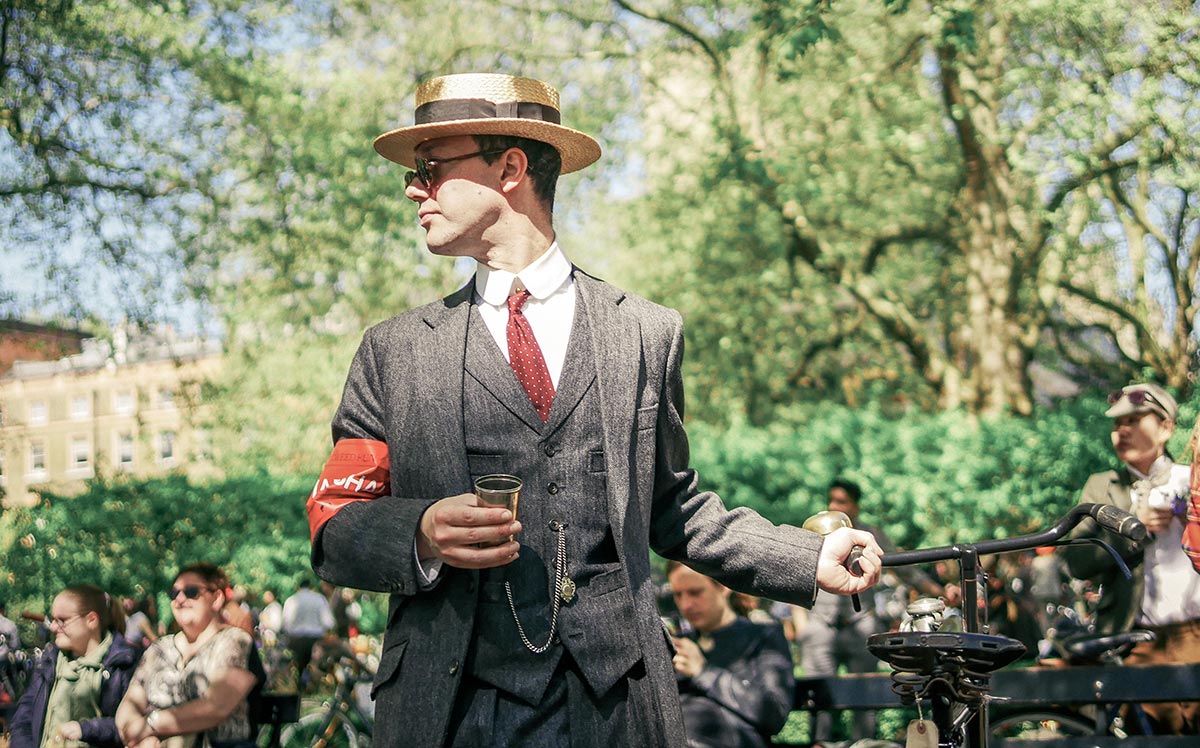 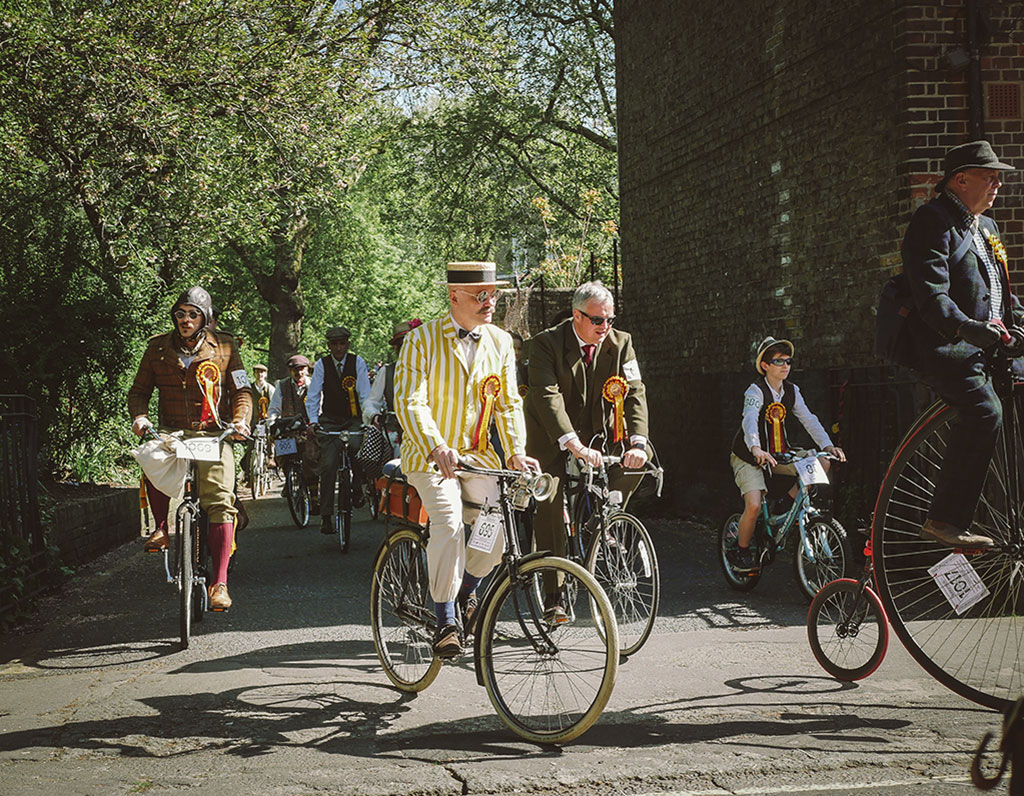 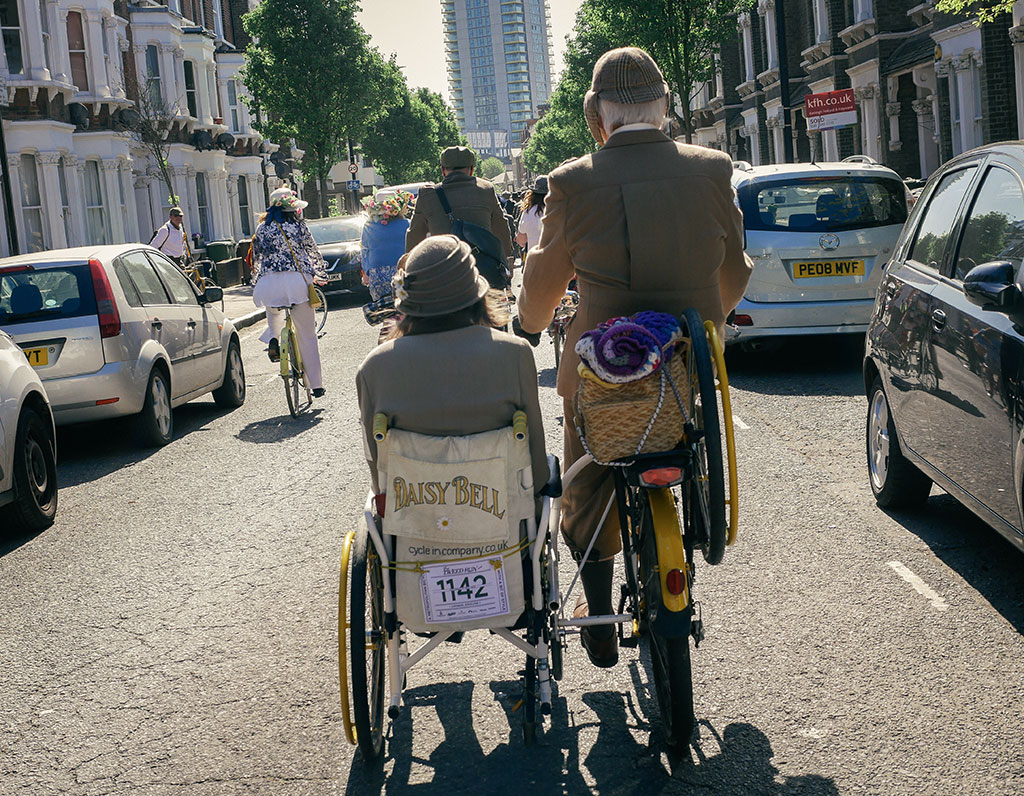 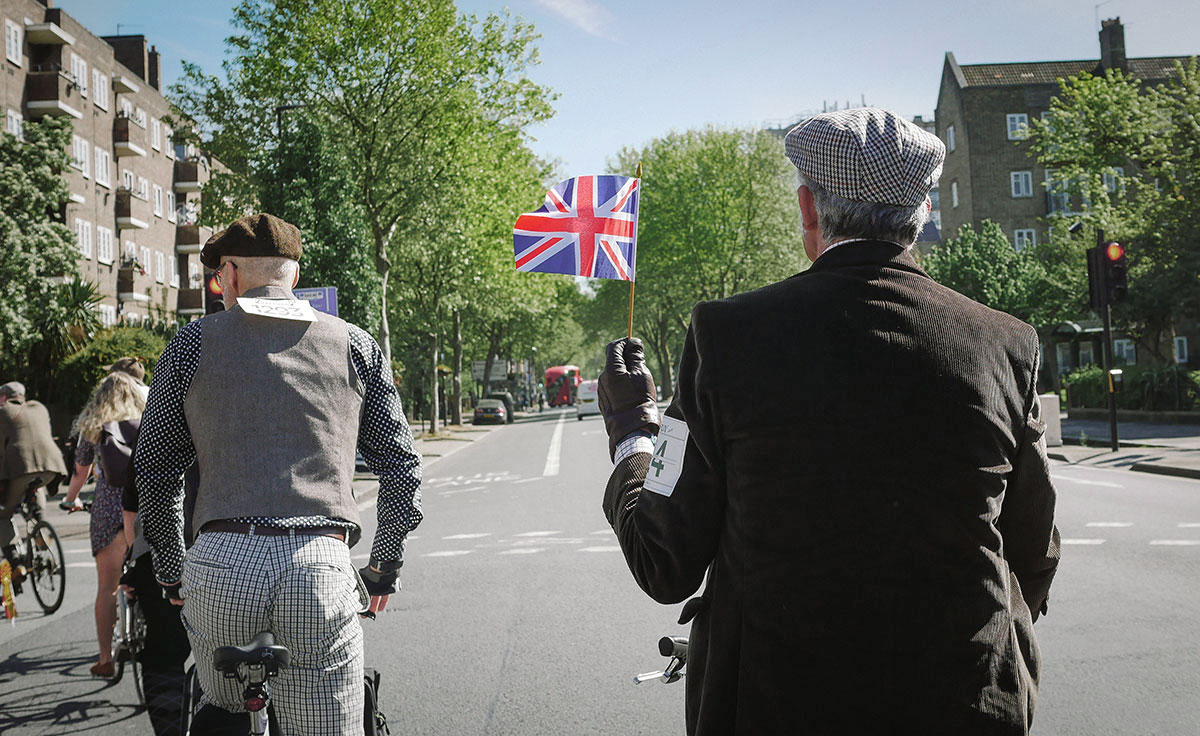 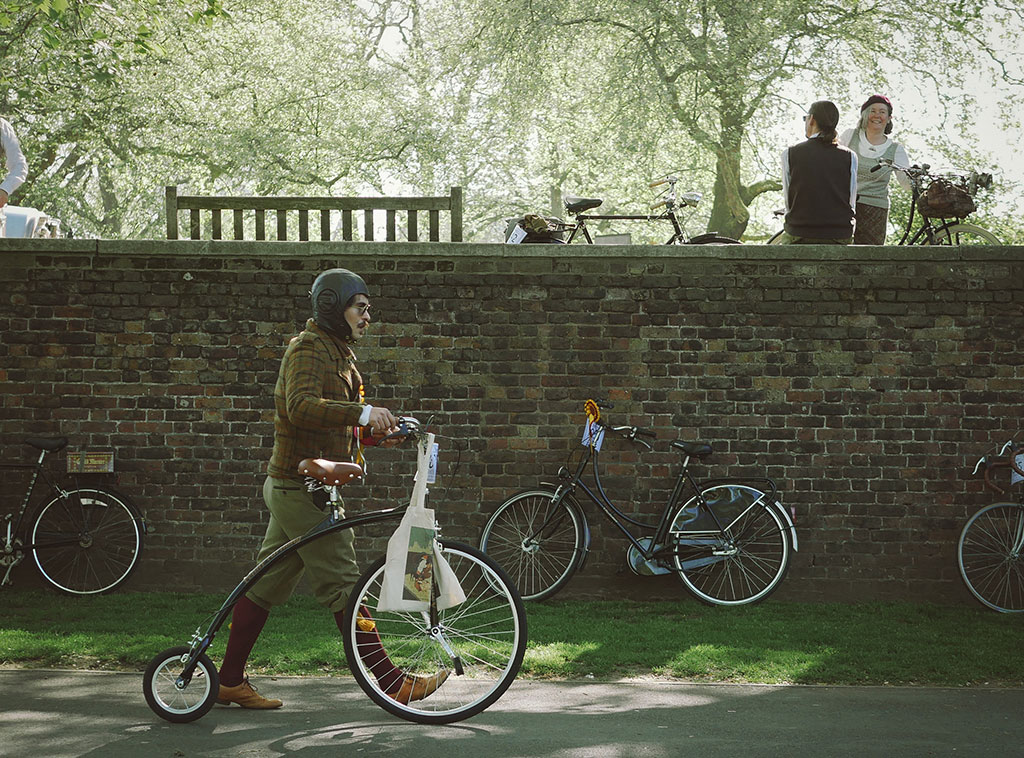 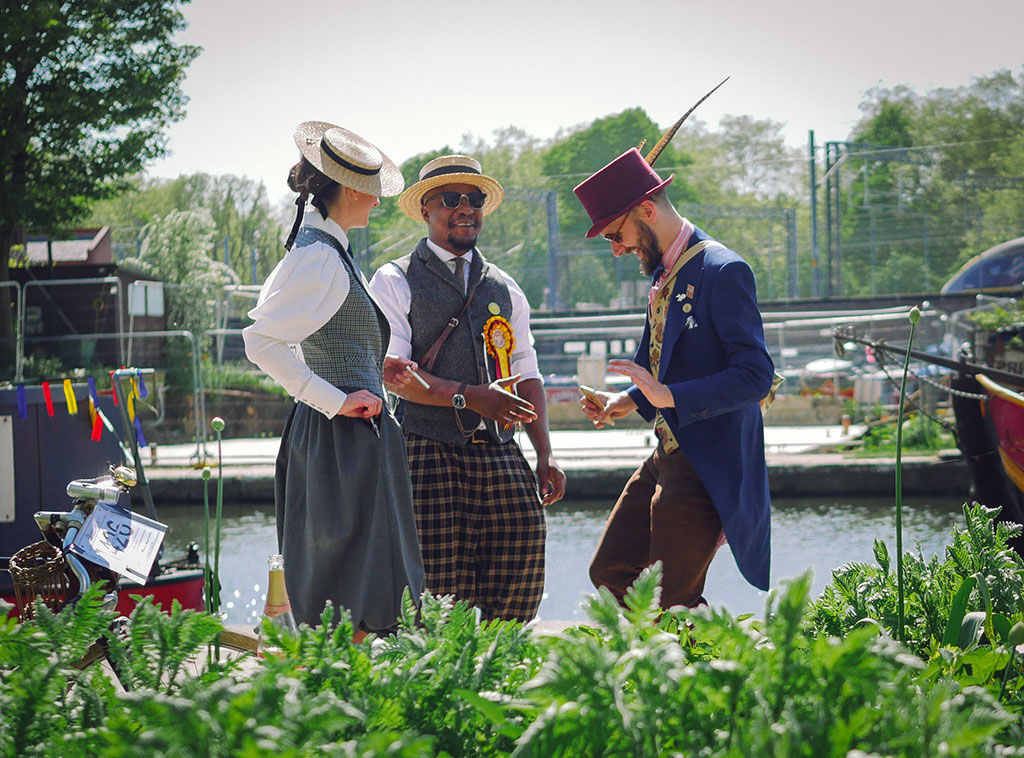 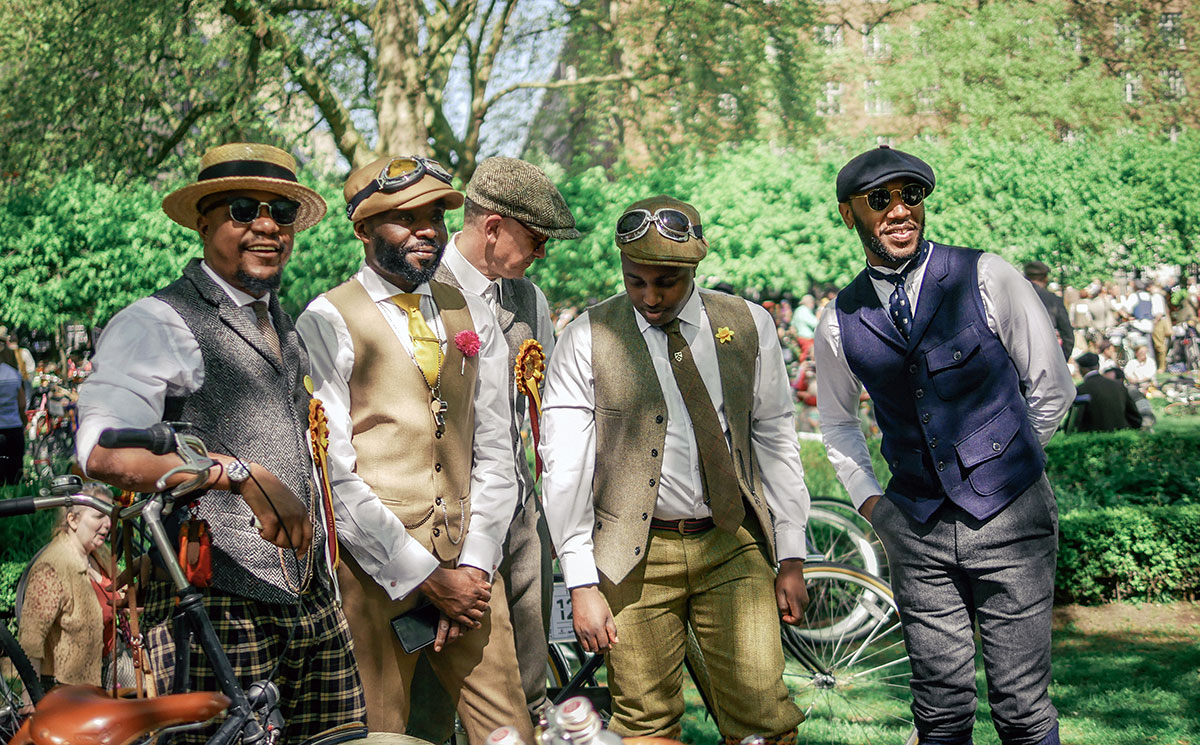 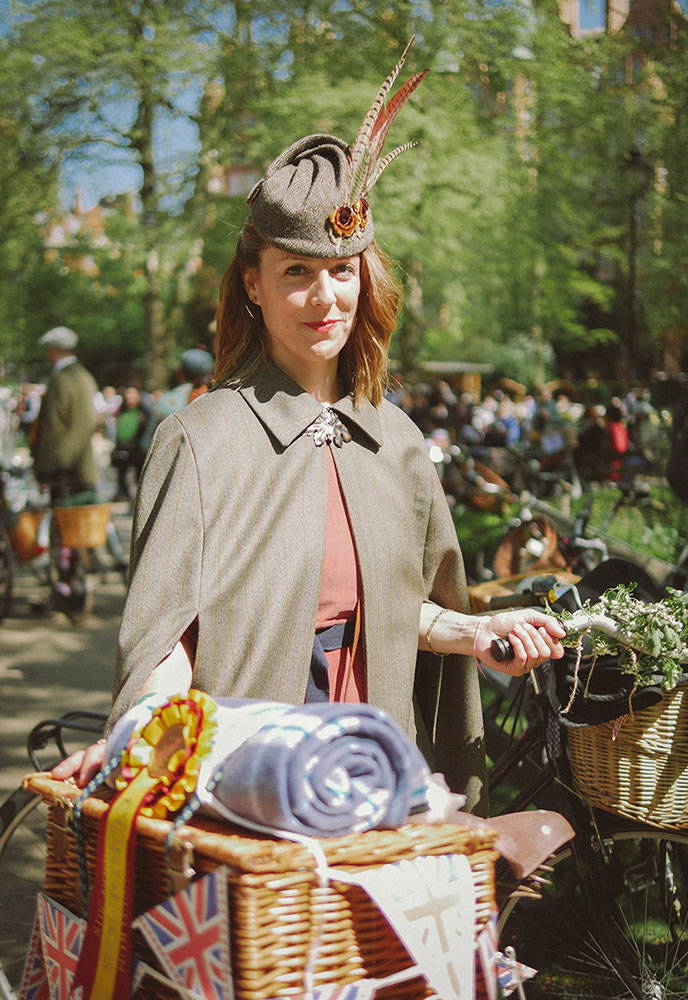 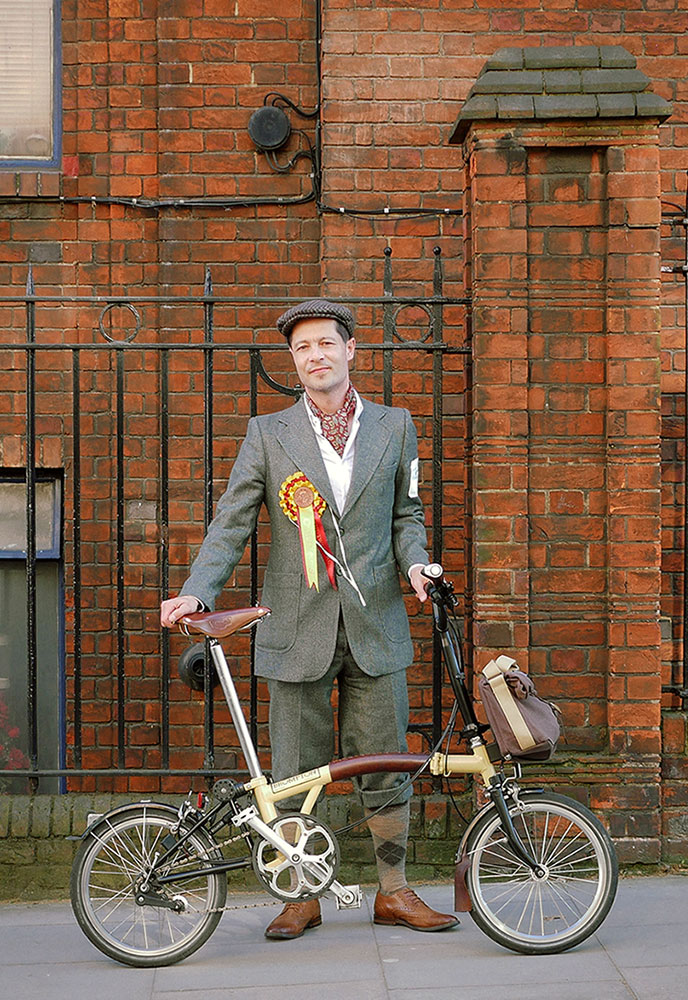 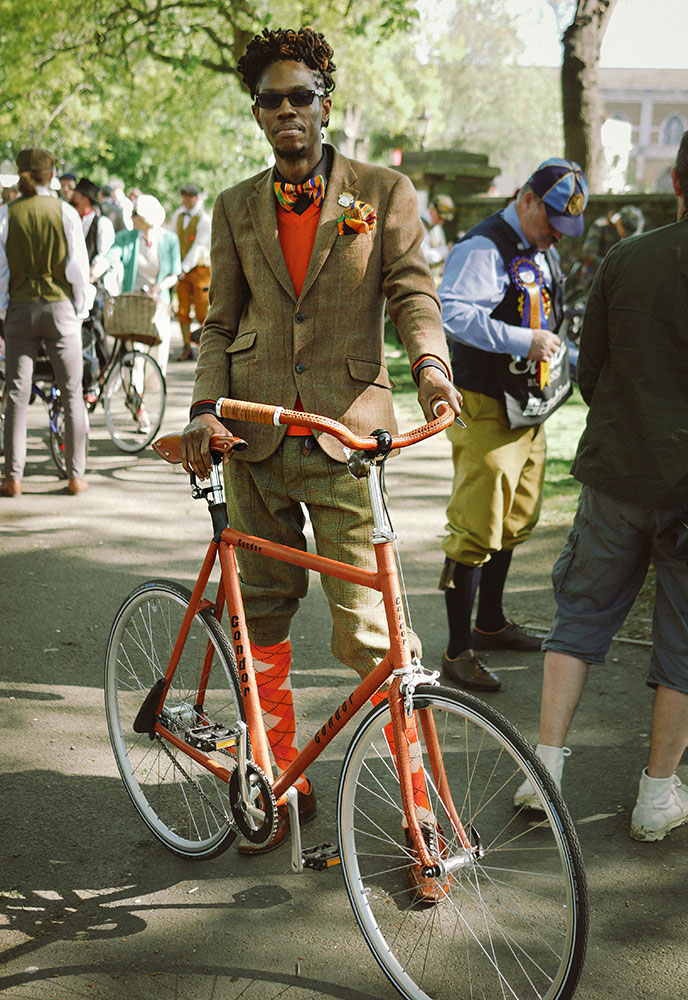 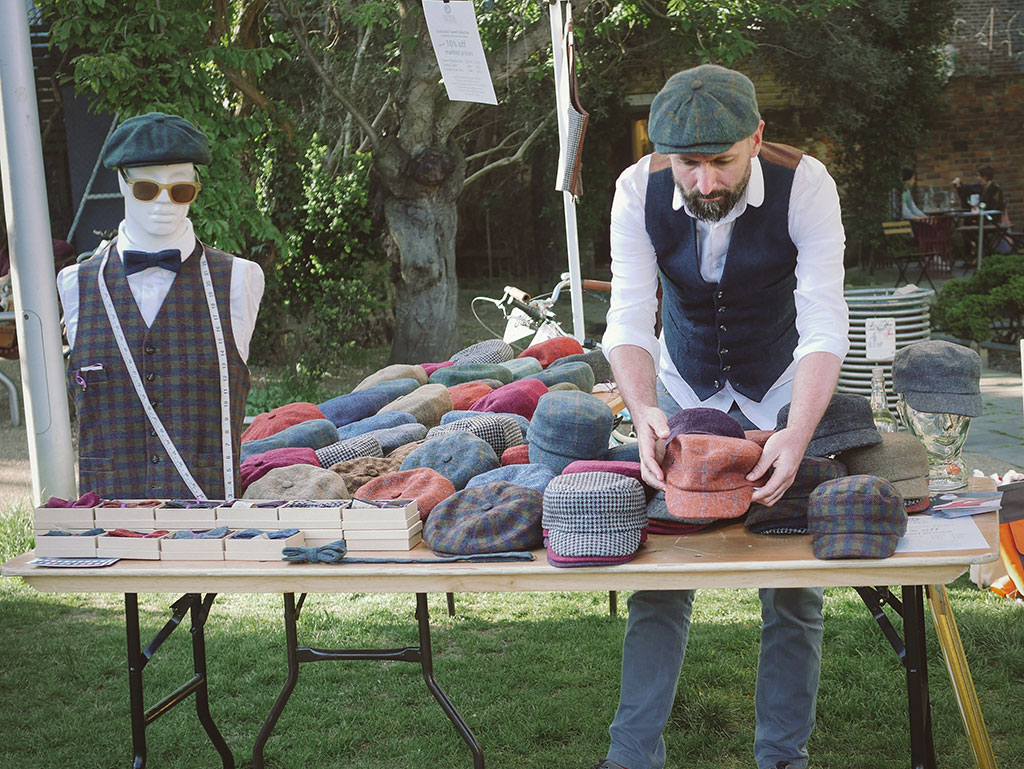 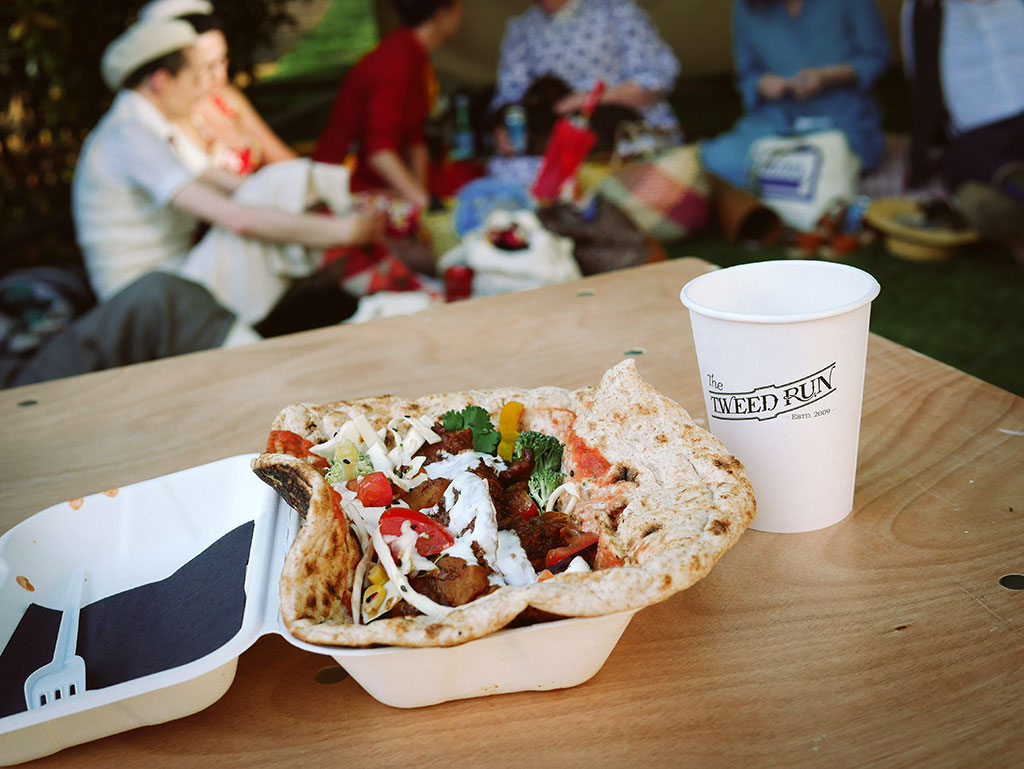 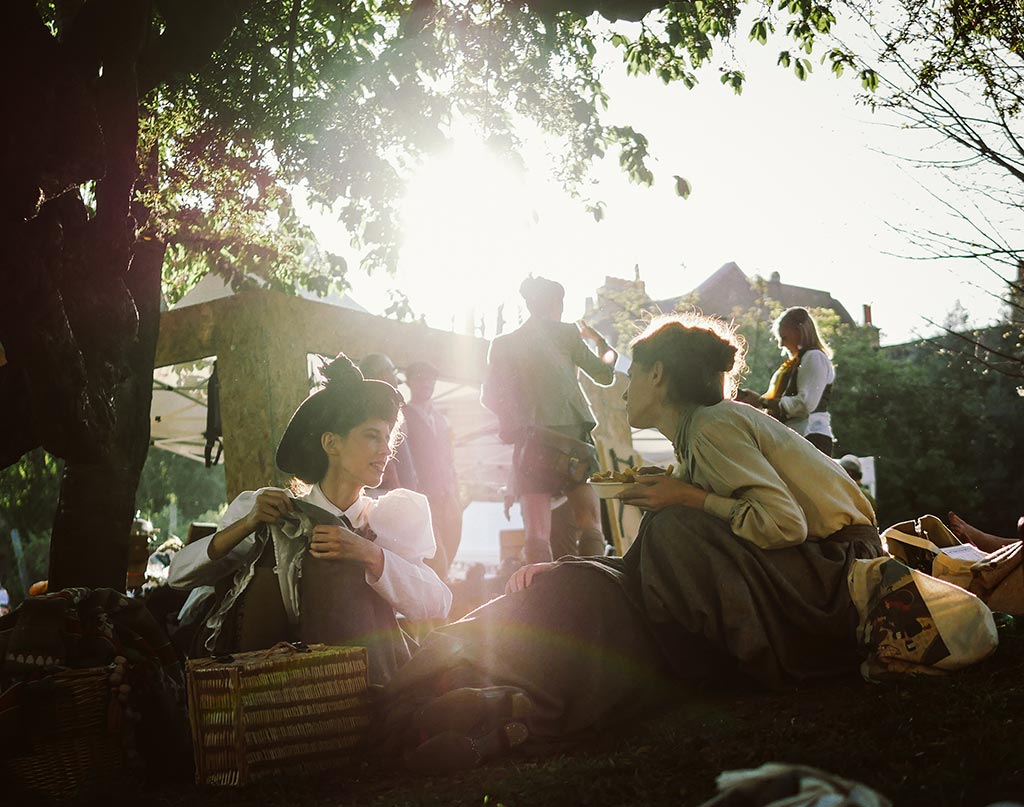 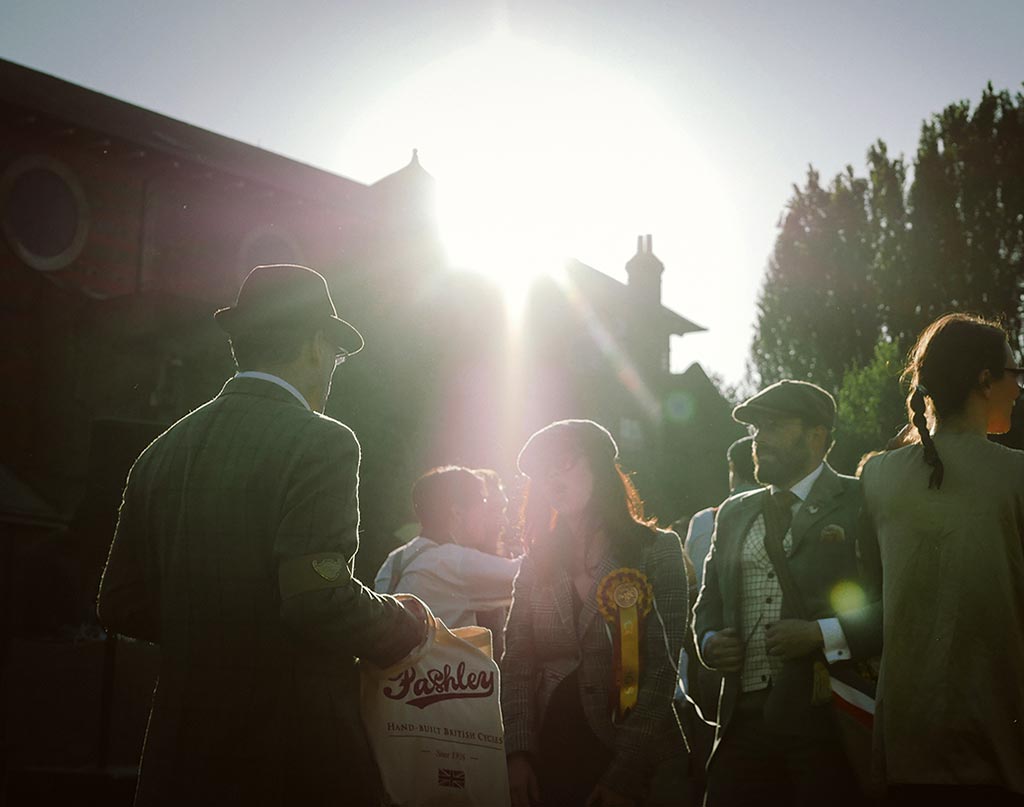