I awoke this morning with a tap on the shoulder.  “There’s fog out.”  This was my cue to brew some coffee and grab my things.

I was staring out the window at opportunity, hoping to shoot another fog series. Careful not to burn my lips while sipping from my mug, I knew time was of the essence. Like my thoughts, fog is fleeting. When the caffeine worked its way through my system, I had to ask myself what month is this? We have fog in the middle of August.

As I rode my bike into the heart of Amsterdam, the fog was beginning to disappear. Moderately dismayed, I decided to head over to Reguliersgracht, one of the most scenic spots in the city, hoping to get remnants of the morning haze before it was gone. But I soon discovered something else that was outside of the norm. 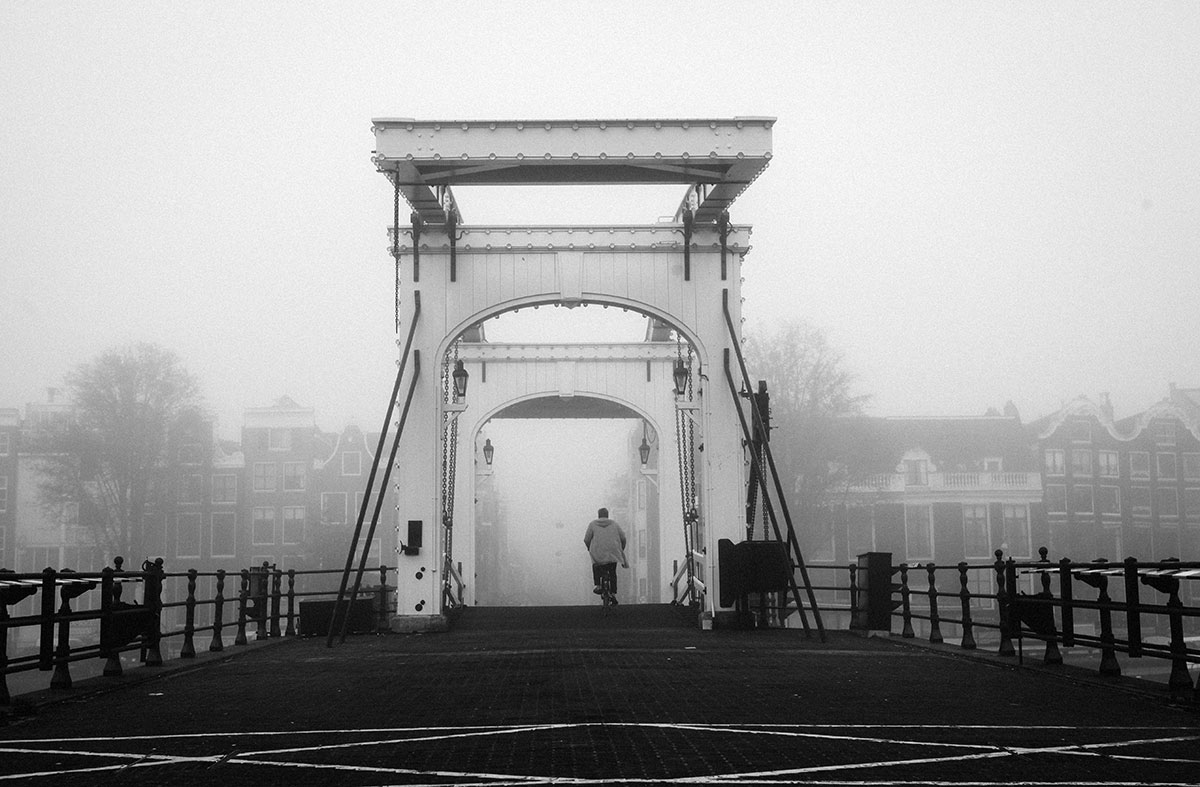 Spider webs. Many of them. It’s as if spiders had been stitching together bicycles that lined the railings along the canals all night. The only fog left was left had accumulated on my glasses from the humidity and heat from my face. Fortunately it was enough to see intricate detailed work of these amazing creatures.

Though I’ve seen the odd spider web on a bike before, these were glaringly obvious and I wondered why? I determined it was the heavy moisture in the air combined with the morning glow of the sun that illuminated them. While I pondered that these bicycles probably haven’t moved in a while, I couldn’t help but marvel at the work ethic of the spiders.

A web of bikes might mean something figuratively in Amsterdam. This morning it was literal. My gratitude goes to the spiders as they helped me put a creative spin (pun intended) on what may have been a lost opportunity. 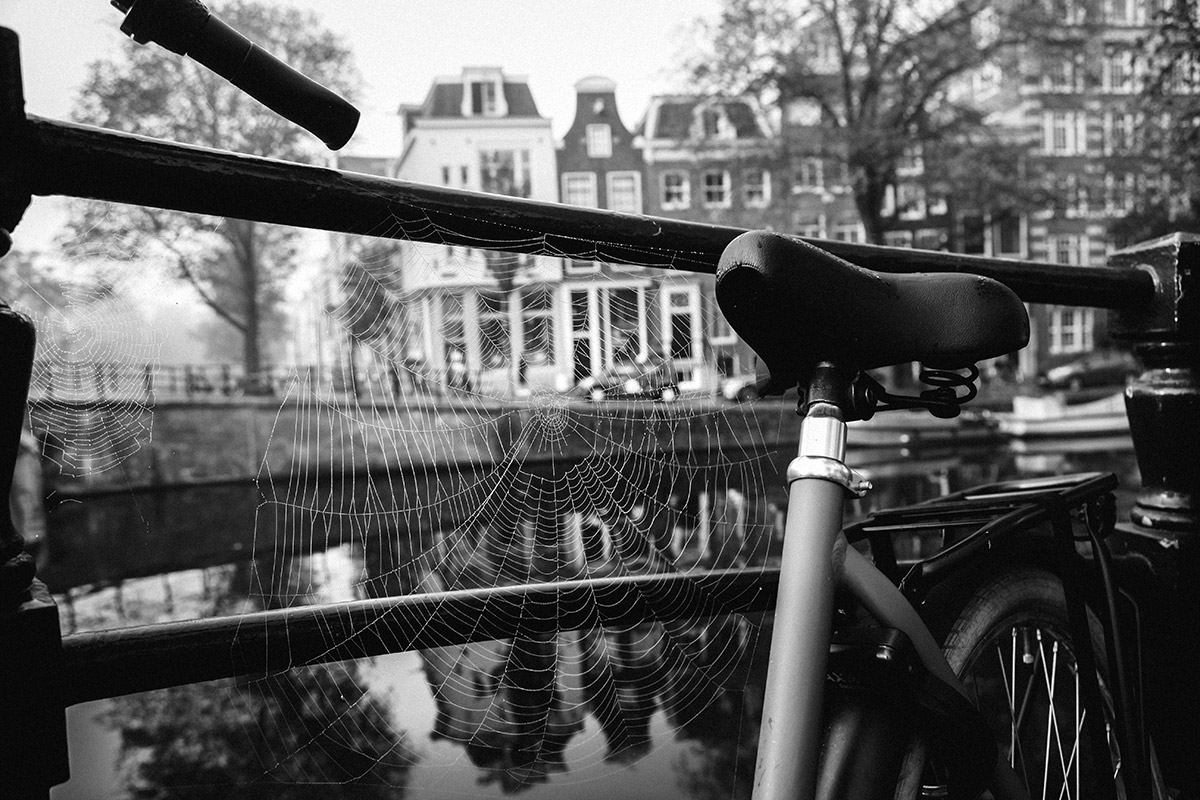 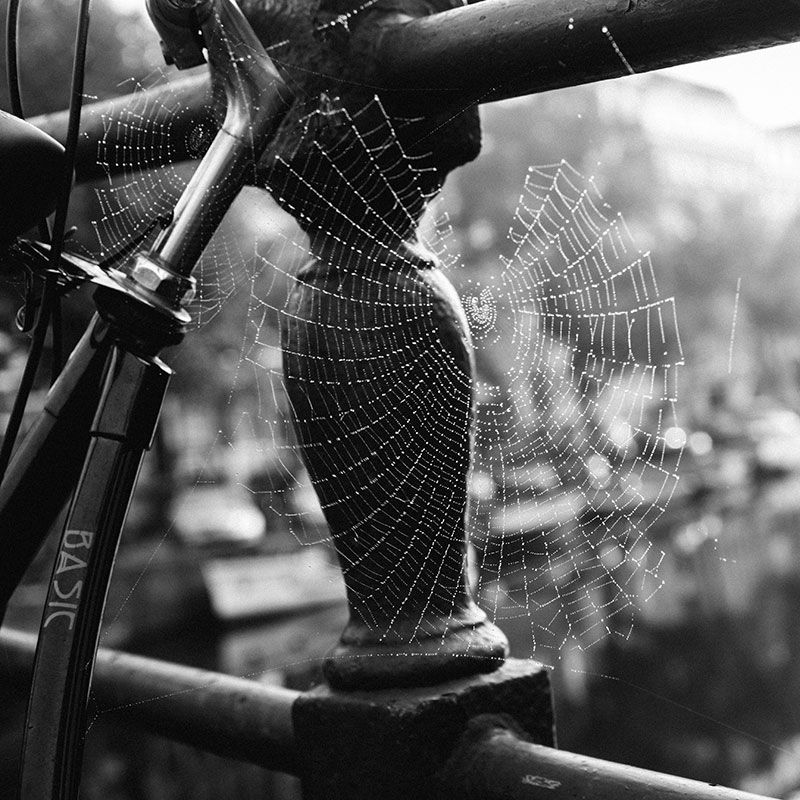 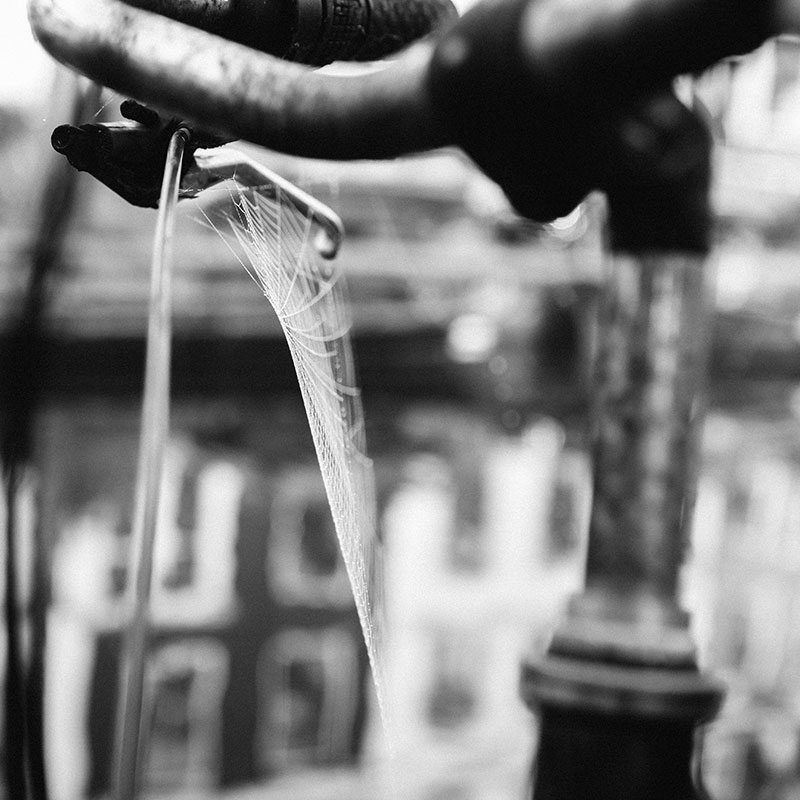 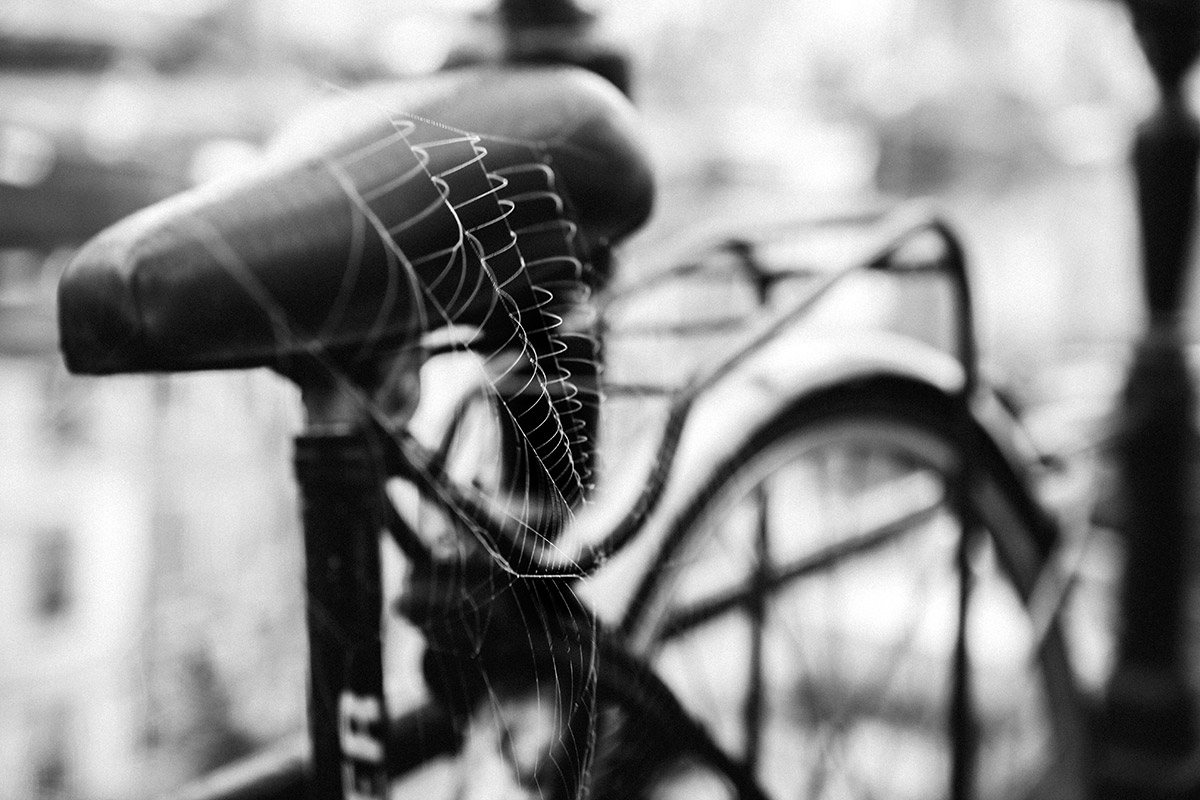 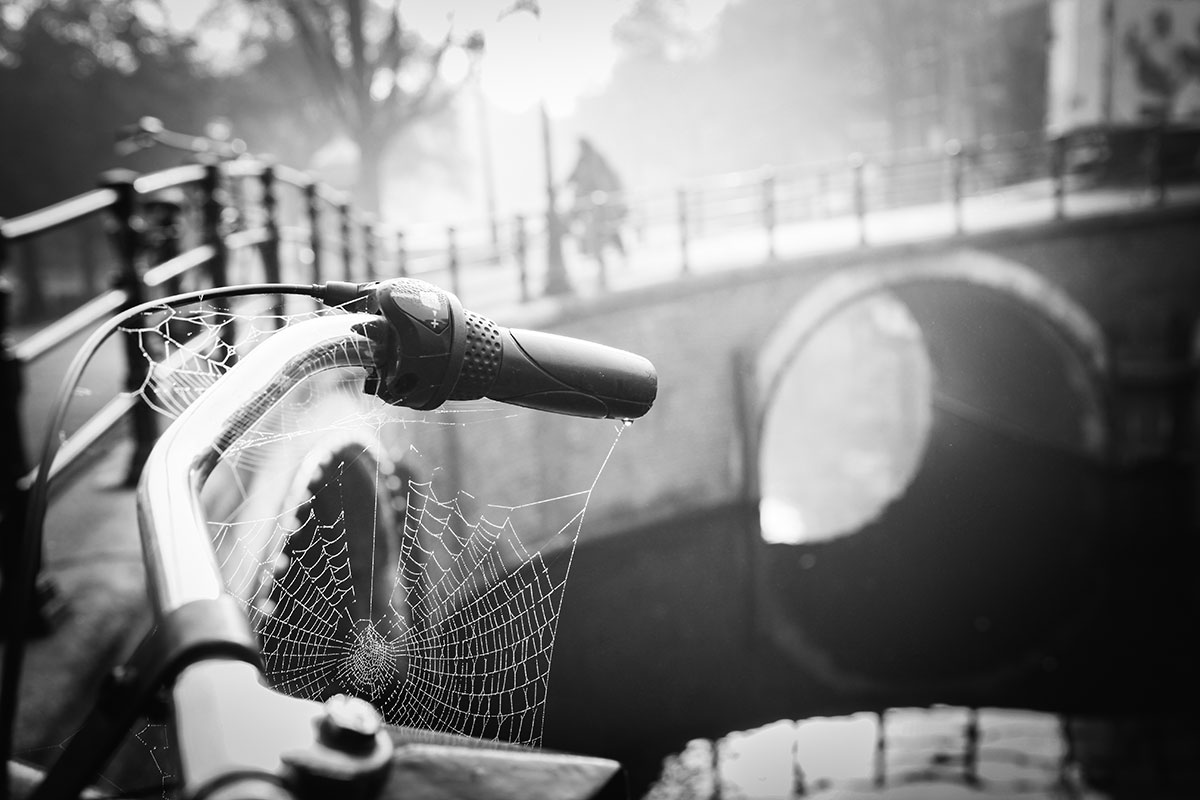 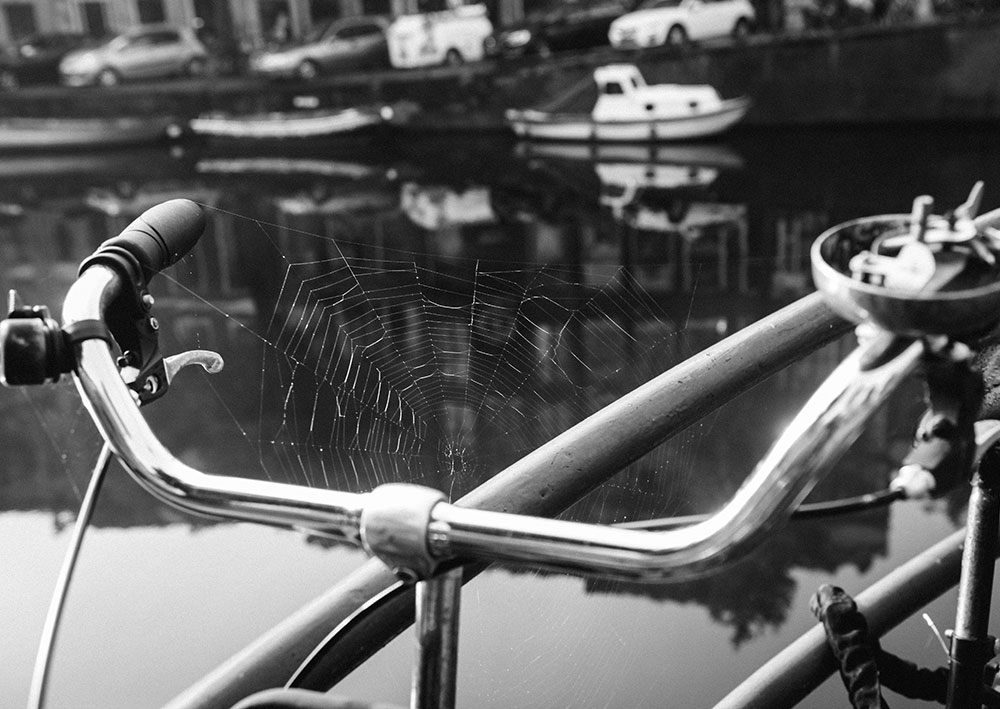 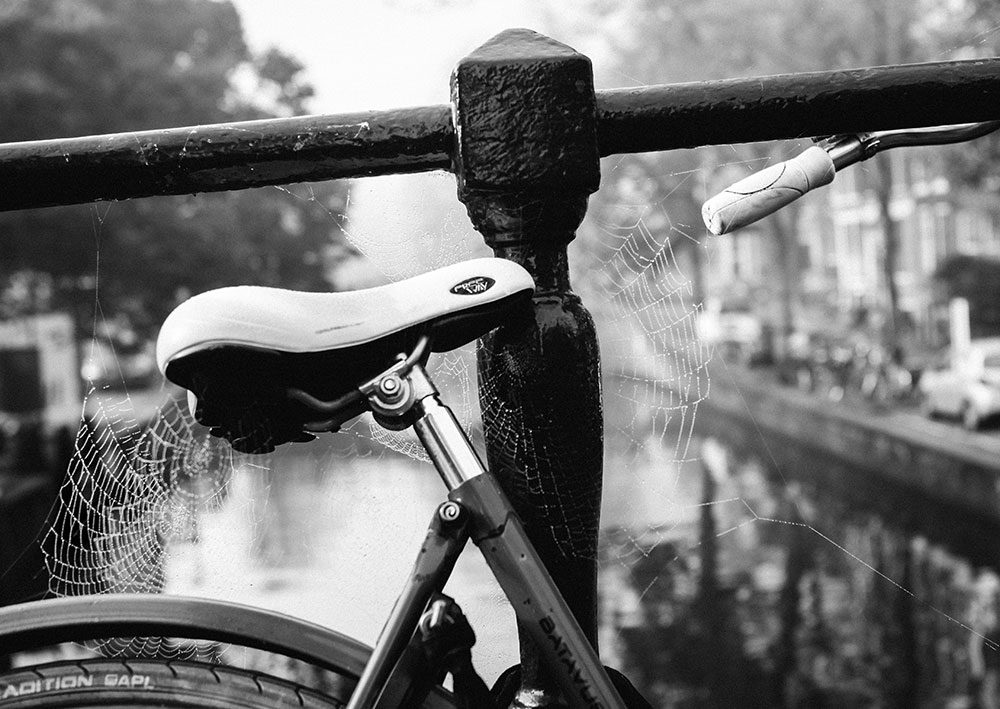 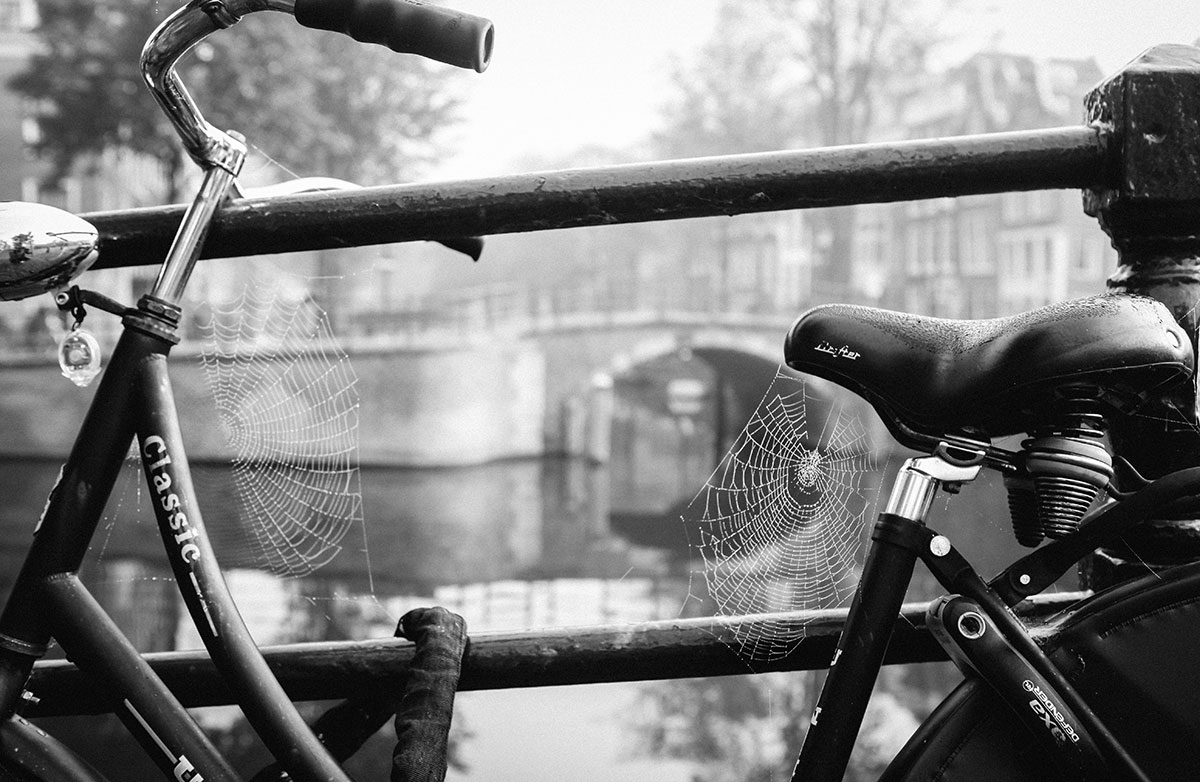 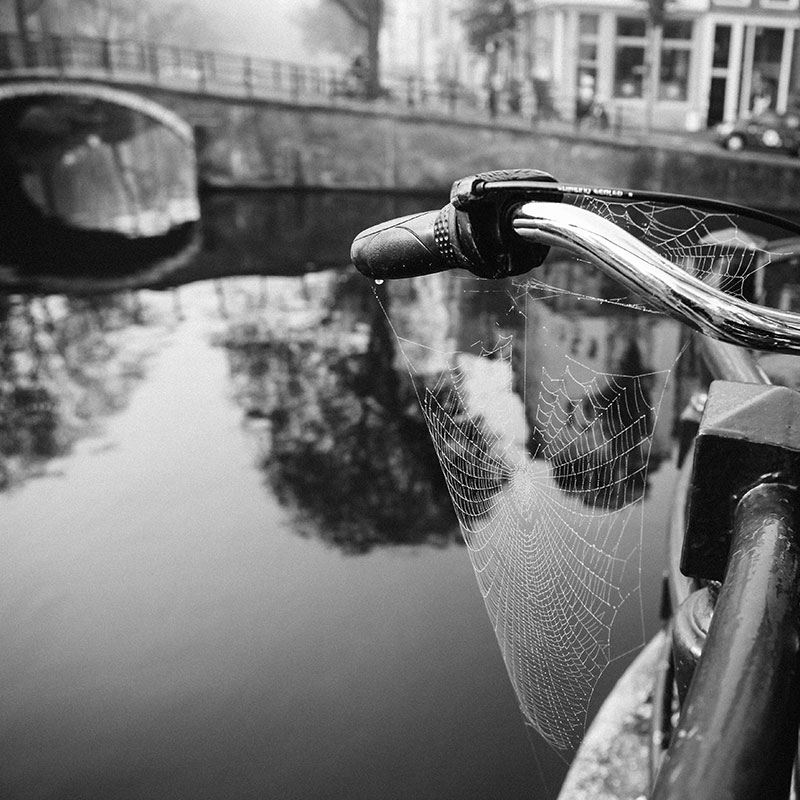 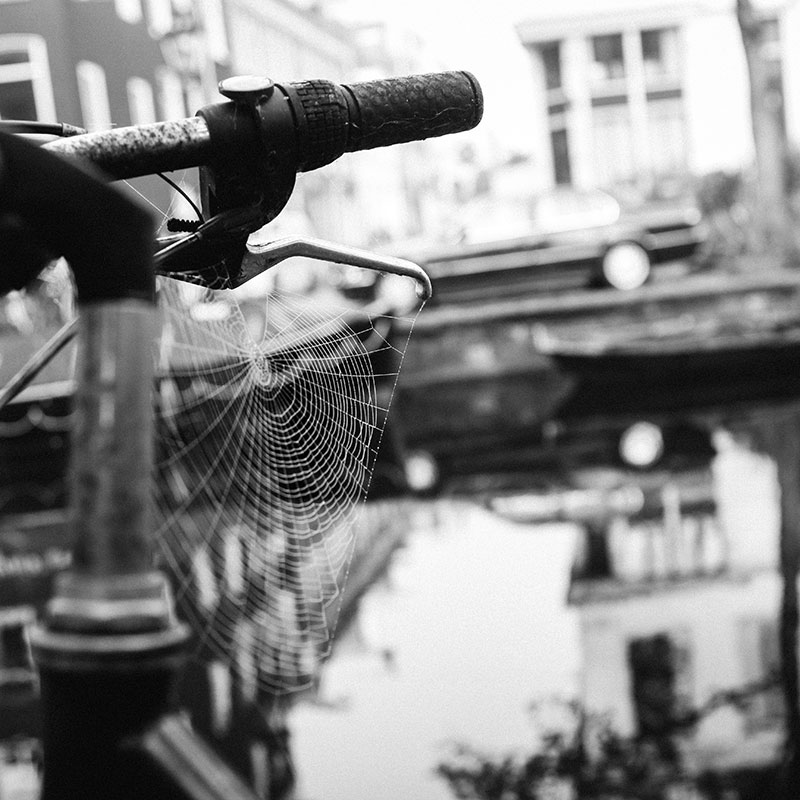 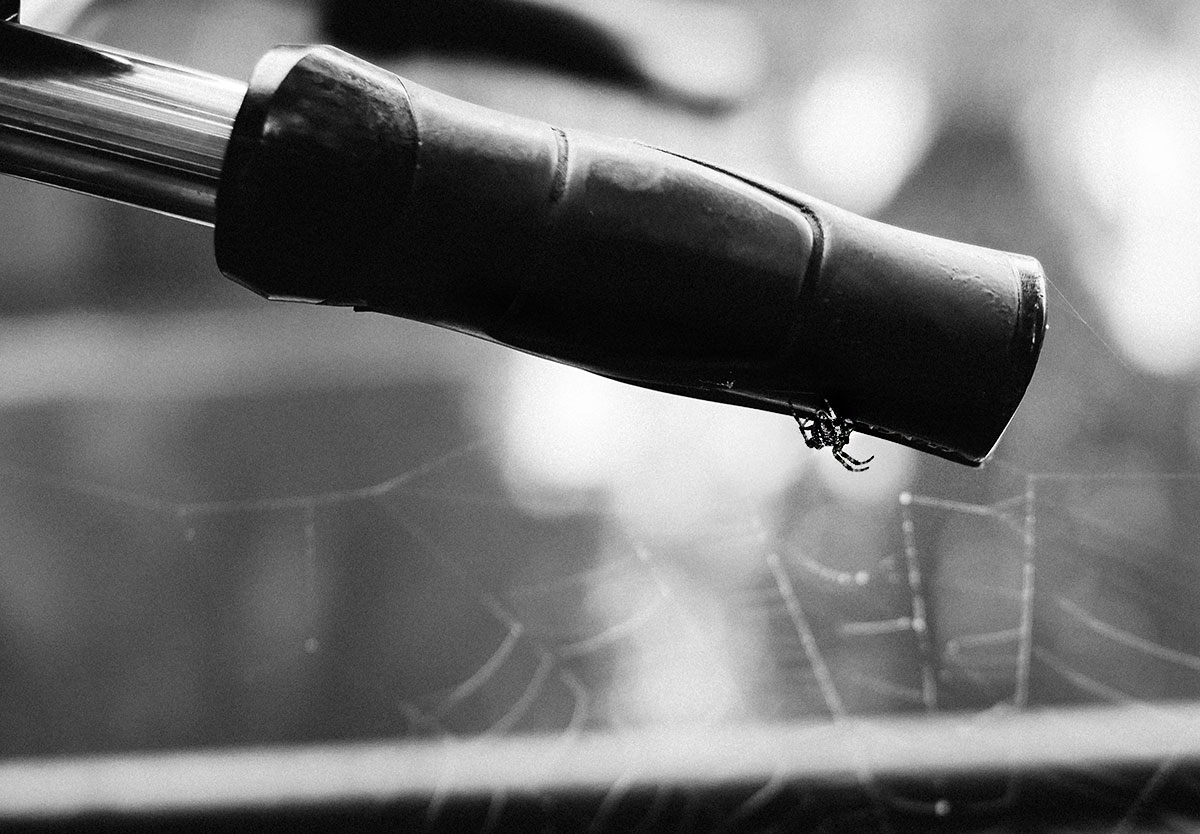