What to Wear on a bike

The simple task of choosing what to wear can bring on a whole new undertaking when riding a bike.  When it comes to urban travel, there is a tiresome quarrel between two groups. Those who advocate wearing protective cycling gear as utter necessity and everyone else.

While the choice to clad oneself in a neon vest or attach a mirror to a helmet should be respected. There is something discerning if the decision to do so stems from a convincing presumption born out of fear or is influenced by a marketing ploy. Especially if it leads to dismissing any alternative to what could still be a comfortable and enjoyable ride in the context of ones route.

The cycling industry will continue to cater to these protective needs, but biking in the city will always be dominated by the casual ride. Of course there are variables such as infrastructure that will determine these numbers. Yet in Toronto there is a growing demand being fulfilled by bike shops that reflect this demographic. That is of the average everyday person that rides a bike as an act of living rather than approaching a ride like a shuttle launch at Cape Canaveral.

Curbside Cycle, one of the city’s well known bike stores has a prominent fixture of Levi’s Commuter Collection of jeans and sweaters with the tagline of blending style and performance. Set Me Free in Roncesvalles now exhibits mannequins along with bikes in their window displays. Step inside to discover that nearly half of the floor space is dedicated to what can be best described as a fashion boutique. The Public Butter in Parkdale is a mixed retail emporium of vintage clothing and collectables that features a silk-screen print shop inside yet has one of the largest year-round outdoor displays of beaters in the west end.

Few will argue the choice of what to wear is a personal one. Few will feel the need to justify a reason to make that decision for you. Ultimately what matters is that cycling in the city continues to move towards an infrastructure that allows that genuine choice to be free of clout and legislative mandates. In the meantime, keep an open mind and you might just pass on that fancy reflector for a new leather bracelet. 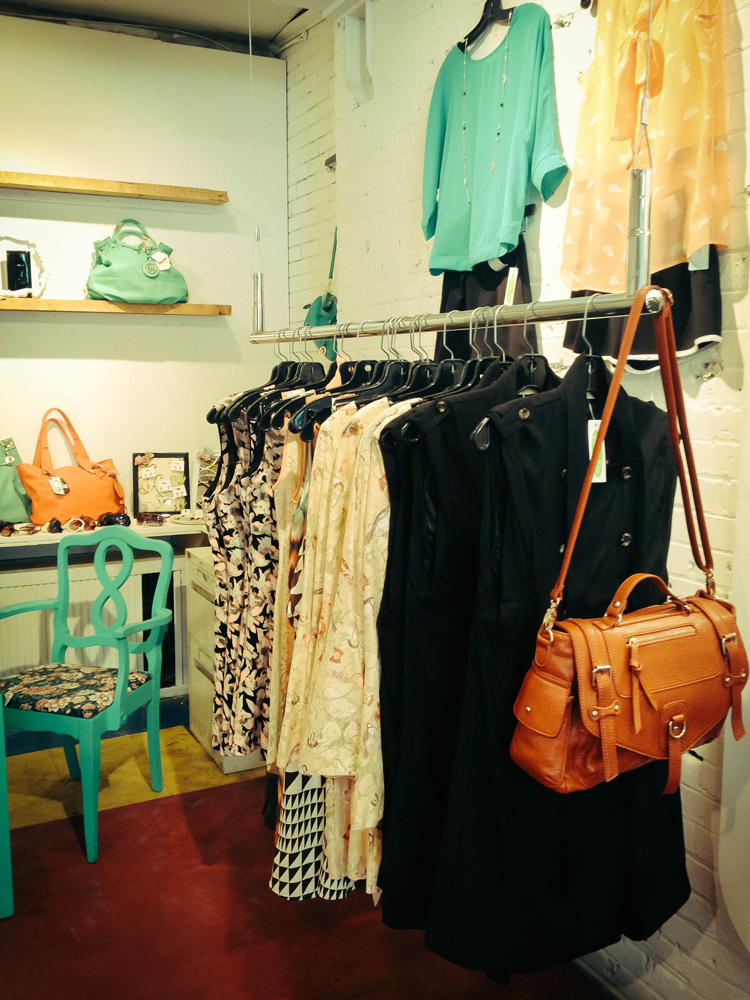 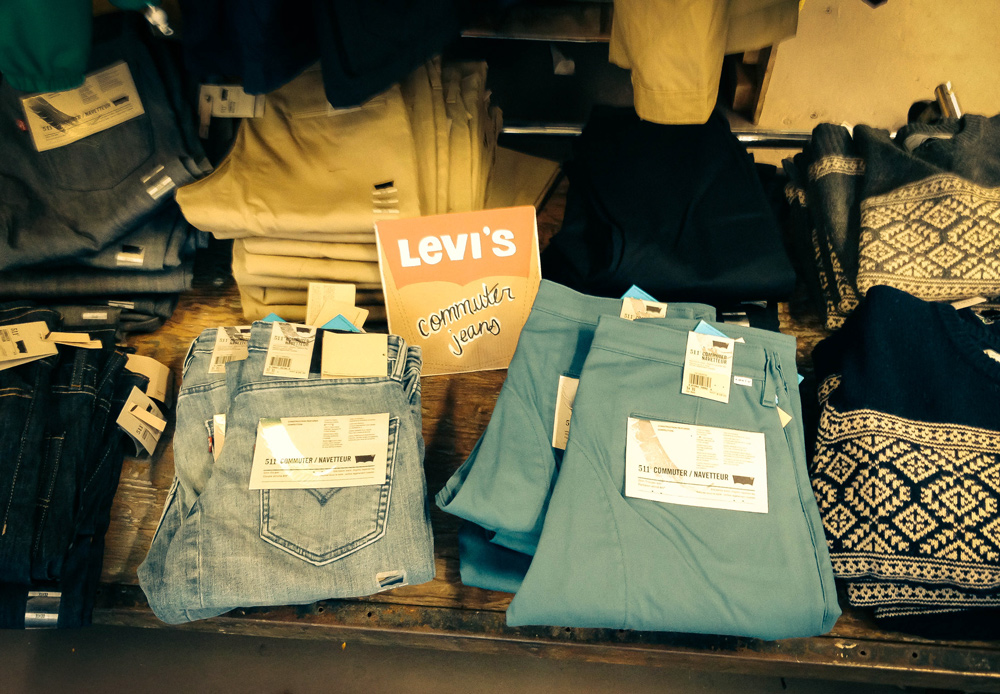 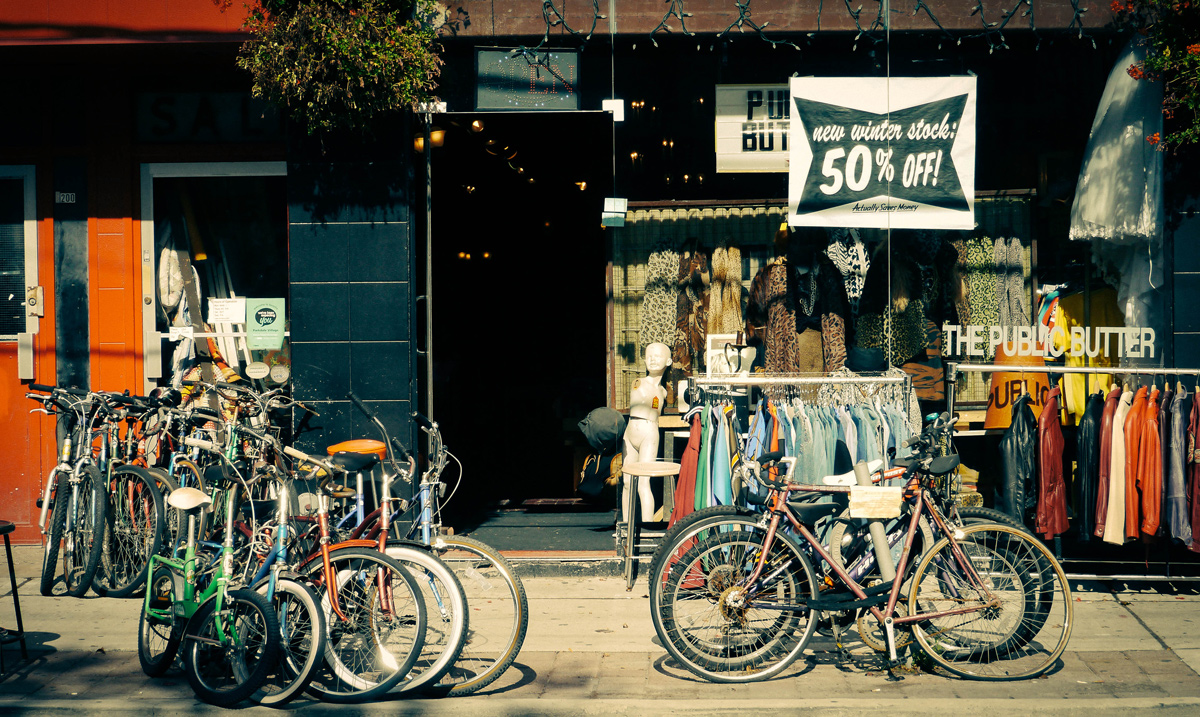