When Riding a Bike in Amsterdam feels a bit like Toronto

By GusOctober 27, 2020December 3rd, 2021No Comments2 min read
A fairly unknown fact is a sister city friendship between Amsterdam and Toronto.
In 1974, the then mayor of Toronto came to Amsterdam and was allowed to rename a newly constructed bridge as the Toronto Bridge (Torontobrug). A plaque was unveiled here to seal the relationship between the two cities as Toronto also has an Amsterdam bridge. 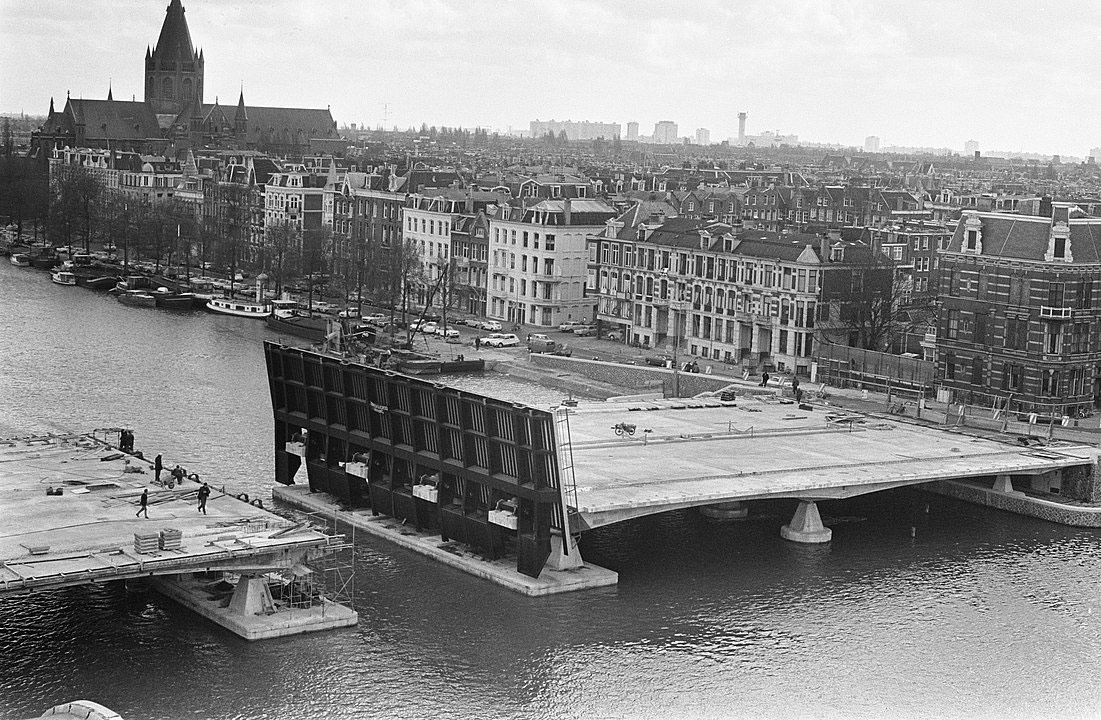 Construction of the bridge in April 1969, via Wikipedia. 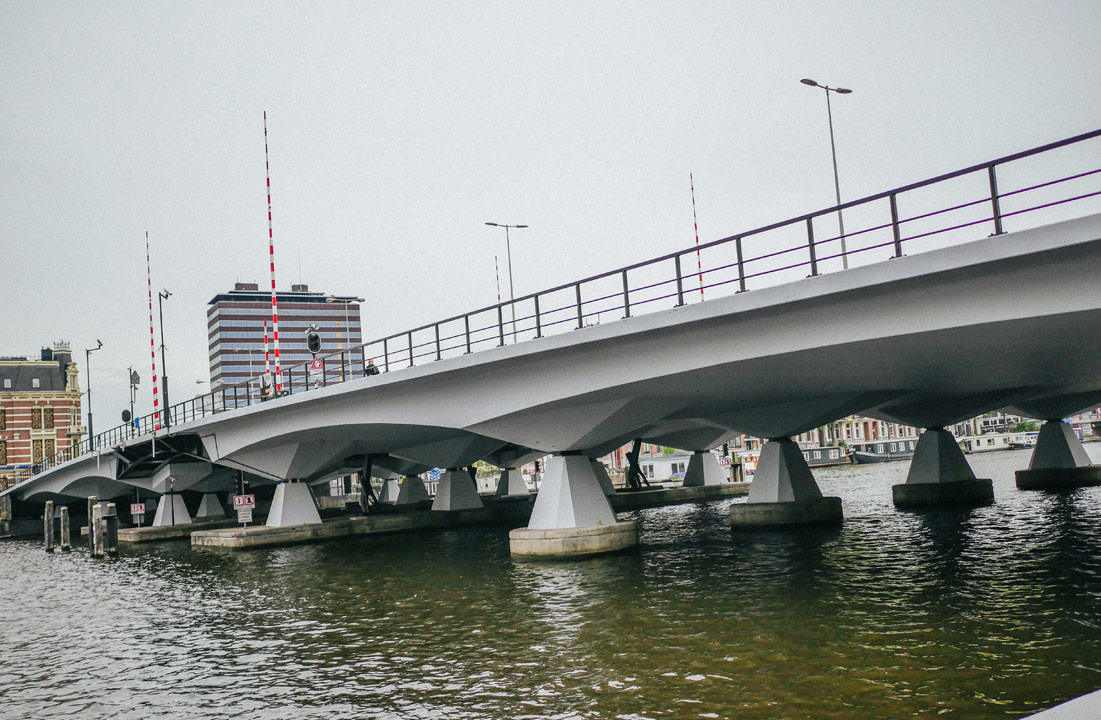 But when it comes to infrastructure, that’s where the similarities end. Especially when riding a bike. Amsterdam is among the top cycling cities in the world while Toronto continues to wallow out of the Wild West mentality of urban transportation in regards to cycling.
Squeezing in between cars, getting clipped by side mirrors and doing the infamous one-legged stagger along a curb would send any sane person into hysteria. Only to be exacerbated during rush hour when cyclists are thrown into the lion’s den. 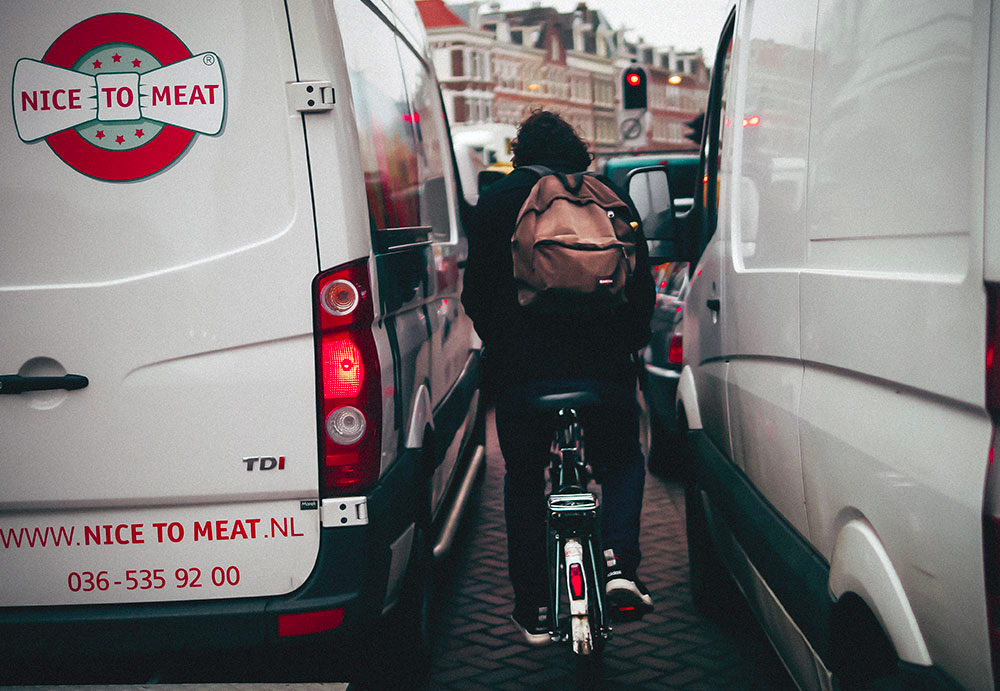 Not always peaches and cream in Amsterdam

Riding along Queen Street in Toronto.

Not everyone feels safe riding in Amsterdam

In a recent survey, nearly 73% of respondents in Amsterdam feel unsafe in traffic. Crowds, tourists, phone use while riding and not following the rules contributed to panel members feeling unsafe. “Mopeds and light scooters are seen as the biggest ‘culprits’ in traffic, followed by cars, cyclists and taxis in succession.”
While there are differences in what constitutes safety between the two cities, there are times where Amsterdam can feel a bit like my home town of Toronto. Below is a video of my biking experiences in Amsterdam that illustrates the similarities.

I rather enjoyed these nostalgic moments. I personally found riding a bike in Toronto to be liberating. Not because I’m insane, but as someone who also once drove a car in the Toronto, I can relate to how motorists feel. This is a point traffic psychologist Gerard Tertoolen points out in the survey.

“A cyclist is very annoyed by motorists. But when the person gets into the car, he or she gets annoyed by cyclists. We think strongly from our own perspective and have poor empathy in that regard.”

Incidents and squabbles will happen from time to time, regardless of where you ride. But having empathy can help one feel at ease if you ever feel like you’re on the battlefield. Especially when you decide to ride a bike, because from a certain perspective the war is already won.